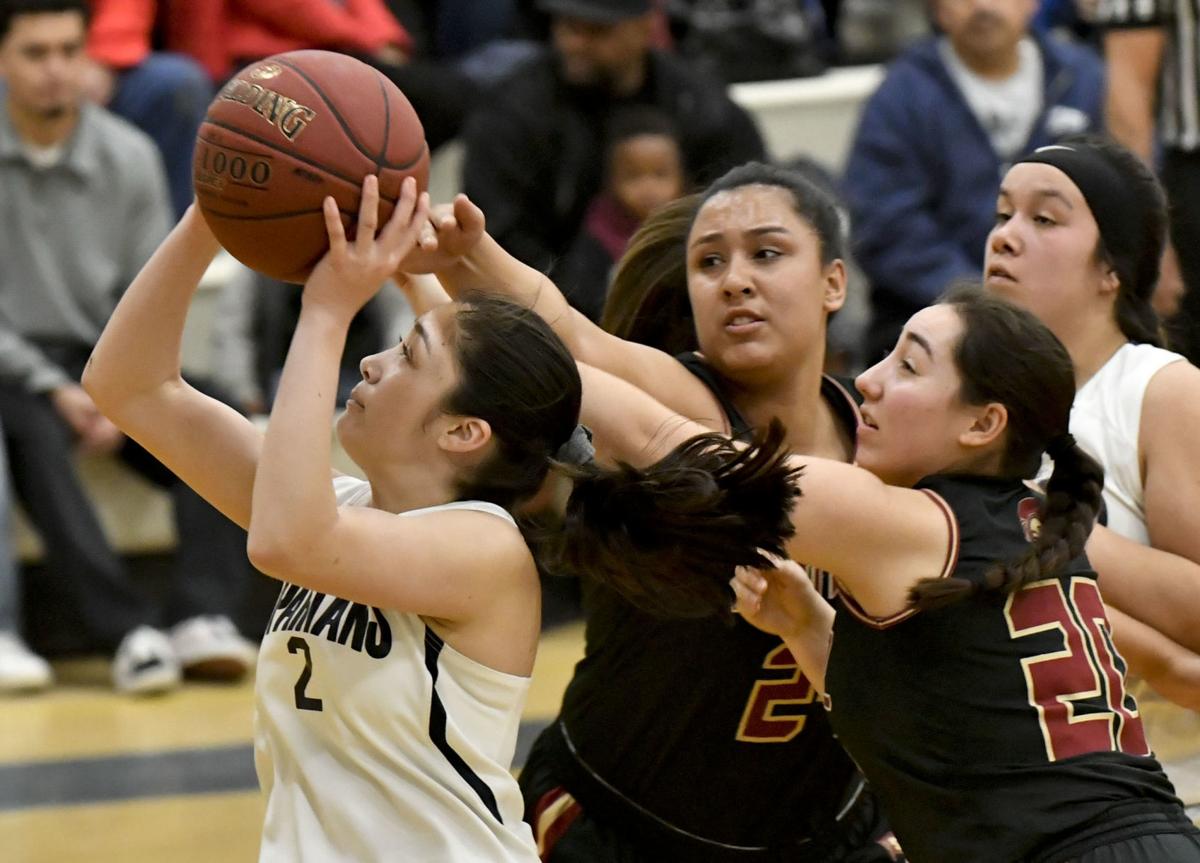 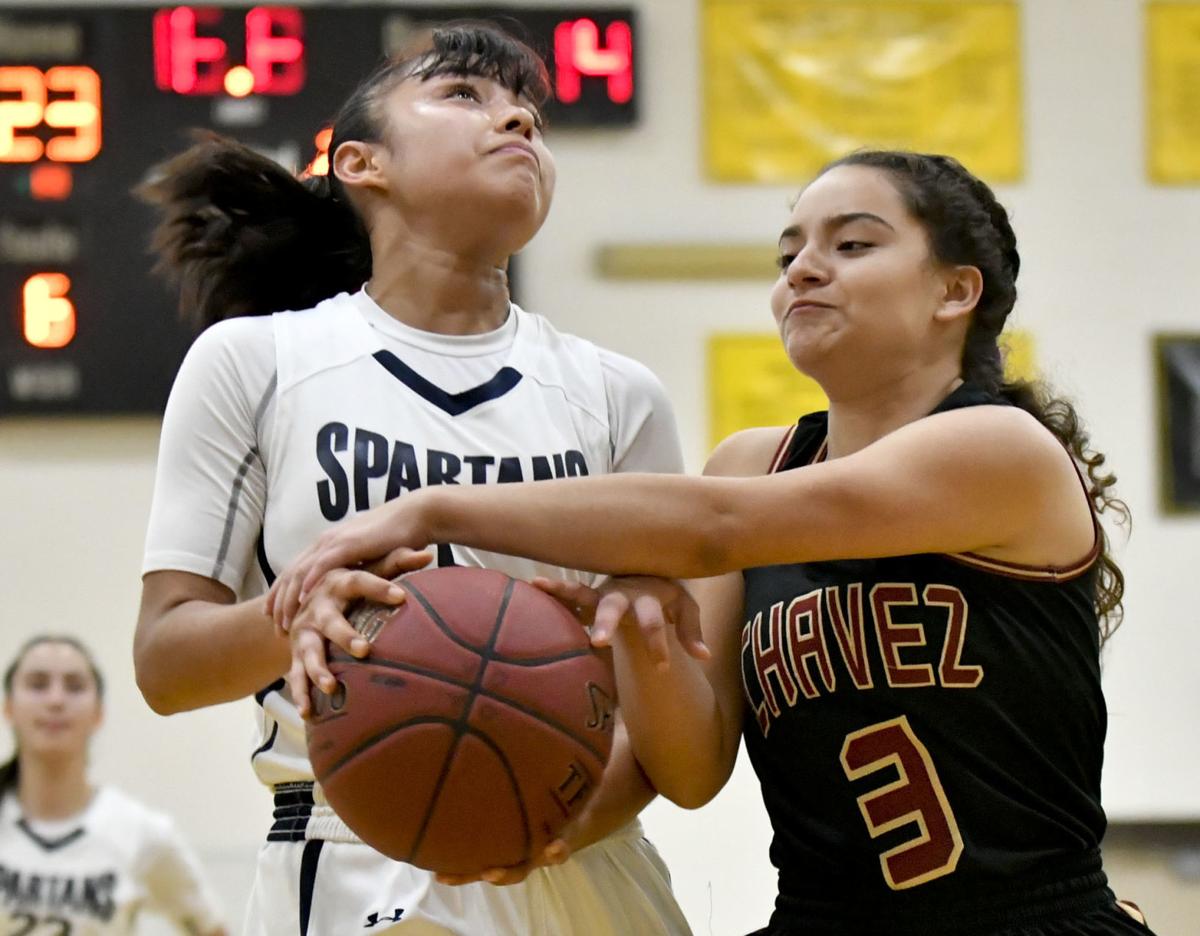 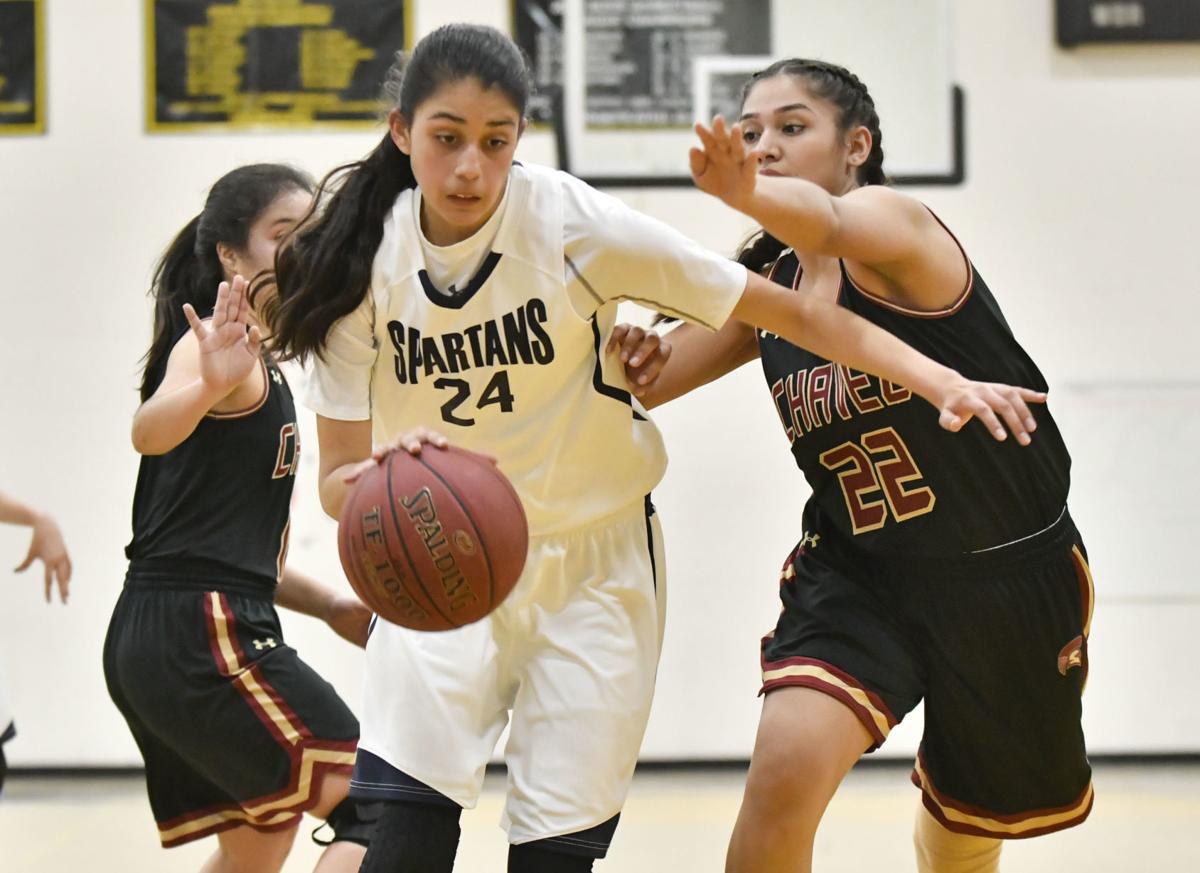 A record-breaking girls basketball season for Orcutt Academy has come to an end.

Delano Chavez, the first-ever CIF Central Section playoff opponent for the Spartans, ended their season 56-39 on Tuesday night at the Lakeview Junior High gym in the opening round of the Division III playoffs.

The loss ends the year at 20-8 for the Spartans – and ends a season that saw the program collect the most number of wins in program history since its inception in 2009-10.

Photos: Spartans fall in first round of the CIF Central Section playoffs

But the night began with a slow start, then inconsistency at the free throw line.

Orcutt Academy fell behind 6-0 early on in the first quarter. Then, the Spartans responded by going on an 8-2 run by turning to their transition attack, as Giselle Calderon and Daenaejah Malicdem were the Spartans controlling the basketball and the points as they tied things up at 8-8.

But things unraveled from there – and OAHS never led. Mostly because of struggles with free throws.

From the white stripe, Orcutt Academy players fired their free attempts but only to witness the basketball clank off the rim or bounce off of the glass. Head coach Tom Robb, athletic director Chad McKenzie and the rest of the Spartans who sat and stood on the left side of the gym were seen lowering their heads in disbelief.

On the evening, the Spartans only made six free throws out of 22 attempts – giving them a 27.2% shooting percentage from the white line.

Robb said that the Spartans rarely struggled from the stripe all season long. But this night saw a different outcome.

“We’ve been good. But it seemed like they weren’t concentrating,” Robb said. “That’s what really hurt us. Free throws got us tonight.”

Another aspect that affected the Spartans from what Robb saw: Experience.

“We’re super young. I had one senior, three sophomores and a freshman starting – so I think the whole CIF experience kind of got to that,” Robb said. “And with Mariah Lopez, our leader, out that also really showed.”

Lopez was on the sidelines with a walking boot on her left foot. Chavez managed to pull away through forcing turnovers and burying 3-point opportunities.

The Titans, out of the South Sequoia League, came into Lakeview Junior High’s gym at 13-13 and 5-7 in league contests.

Chavez wasn’t the most explosive on offense all season long, as it only recorded two games that saw the Titans score past the 60-point mark. However, opponents had trouble scoring past that same threshold too, as no Chavez opponent reached past 60 points in a single game all season long thanks to the Titans’ relentless full court pressure defense.

And the Titans became the third team this season along with Nipomo and East Bakersfield to hold the Spartans in the 30-point range.

This was Orcutt Academy’s first girls basketball playoff appearance since the 2011-12 season when it was in the CIF Southern Section (lost first round game to Los Angeles Milken 51-25).

Malicdem led with 13 points for the Spartans. Calderon had 12 points. Erynn Padhal added 11 points including nine coming from behind the arc. Izzy Wasserman swished one 3-pointer during the second quarter.

Photos: Spartans fall in first round of the CIF Central Section playoffs

Now, following their first taste of the CIF Central Section playoffs, Robb views this loss and season as both a learning curve and sign of positives down the road for the program located in Old Town Orcutt.

“This year was a great experience for the girls,” Robb said. “We played hard but we were down a couple of girls in this game and it really showed. It (the future) looks really bright. I’ll have every starter back besides one senior. I’ll have my whole bench back. So it looks very bright and hopefully we can learn from this and keep going.”

Collection: Read recaps from a busy playoff Tuesday on the pitch, and the court

"I want to pursue basketball. I'll try to walk on to the Naval Academy prep school team as a power forward.” The 6-foot-1 Lopez played center at Orcutt Academy.

Adlesh was in the St. Joseph gym he knew all too well because he would visit it while his three older brothers Ryan, Brannon and Nolan Adlesh, played for the Knights.