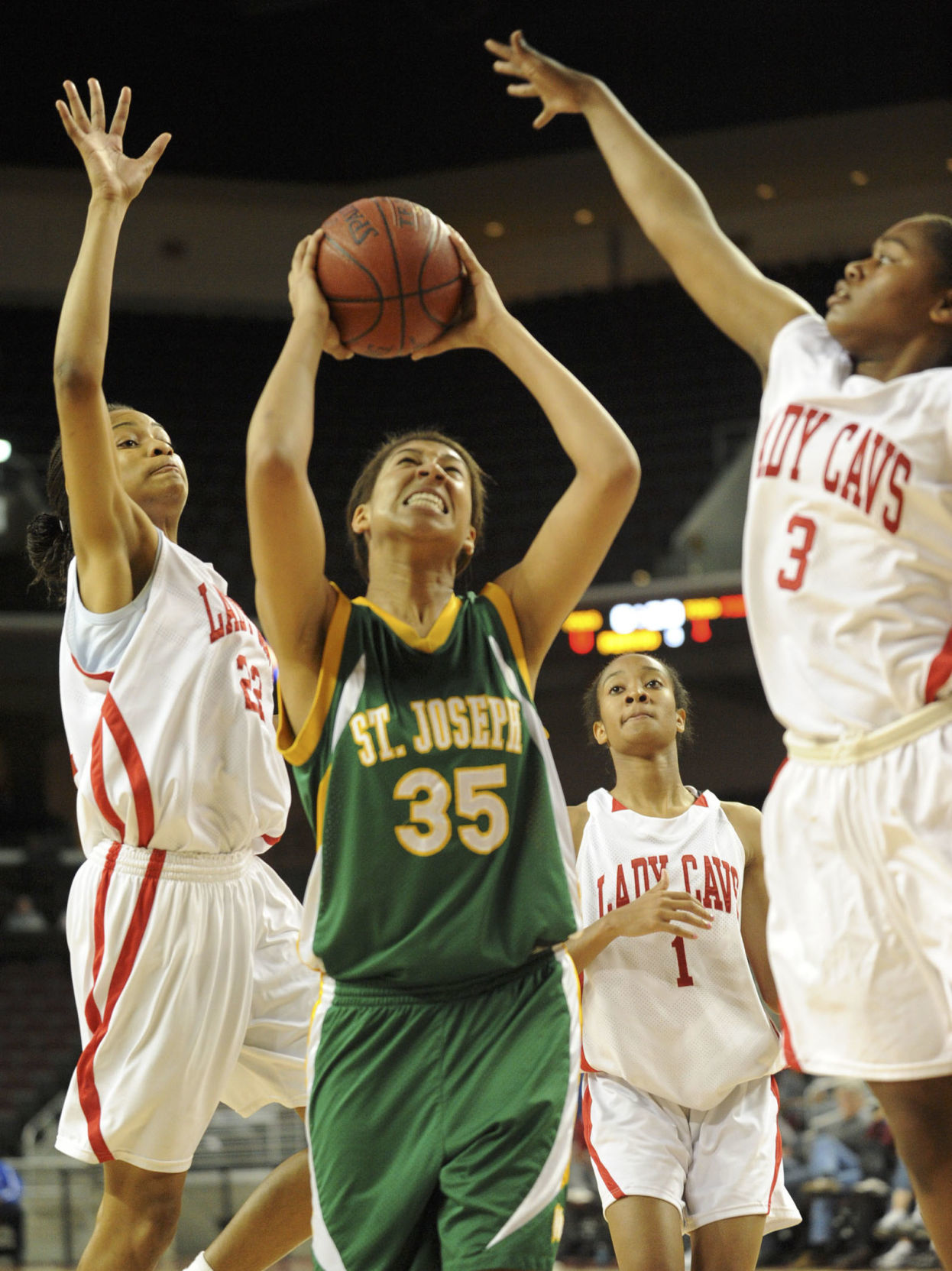 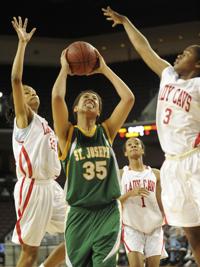 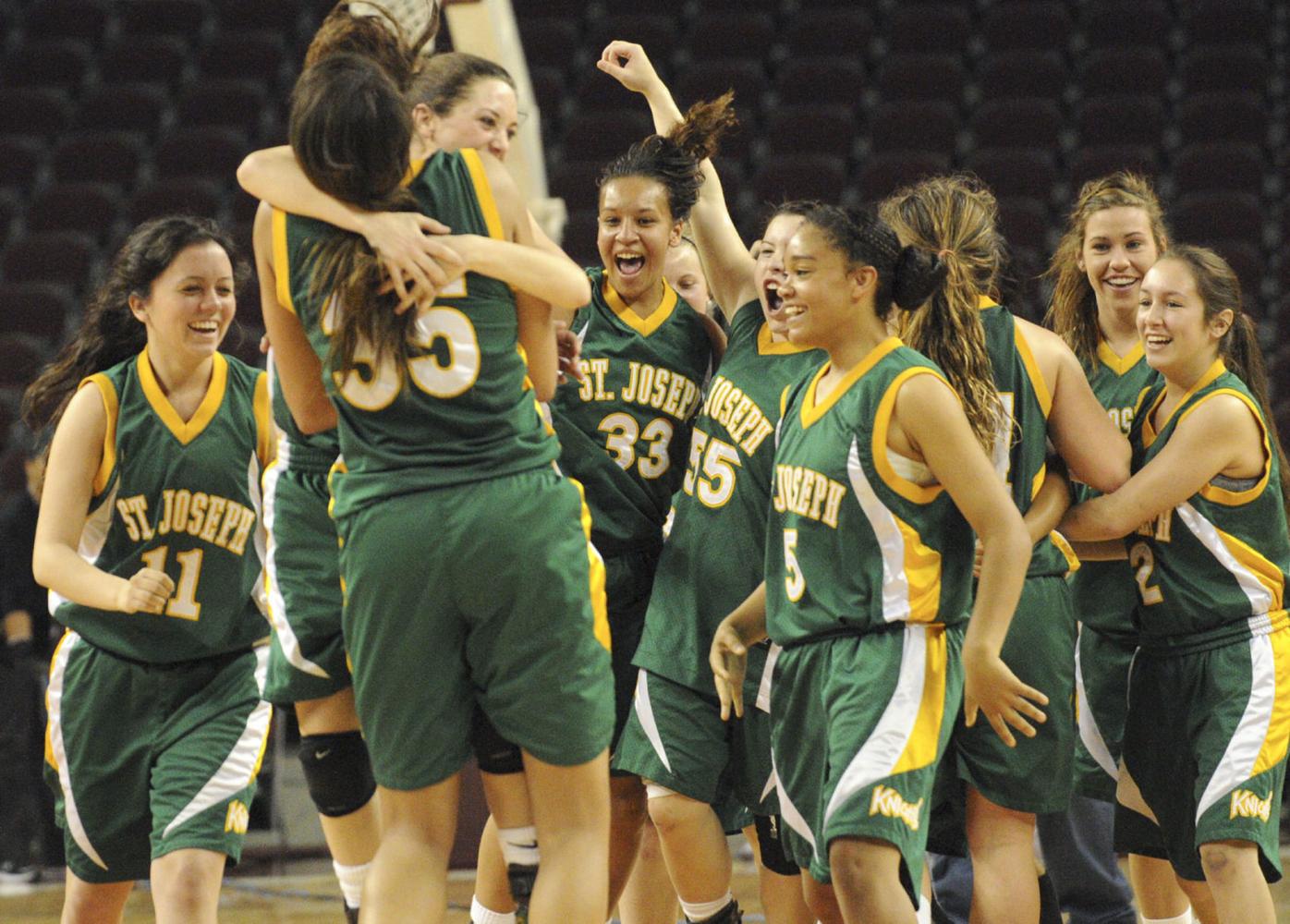 To get to the state capital to play for a state championship in 2011, the St. Joseph girls basketball team first had to get past the team that had wrecked its bid for a third consecutive sectional divisional title.

The No. 3 Knights did just that, beating No. 1 Gardena Serra 54-45 at the Galen Center on the USC campus in the Division III Southern Regional championship game to advance to the DIII state title game in Sacramento.

The Knights turned the tables on Serra after the Cavaliers beat them 66-58 in the CIF Southern Section Division III-AA title game.

The St. Joseph girls basketball team didn't win a CIF Southern Section title in 2011, but they did end up winning the State title that year.

Serra point guard Bria Richardson scored 15 points in the regional final. She was the only Cavalier in double figures. St. Joseph out-scored Serra 18-3 in the second quarter for a 31-15 halftime lead.

St. Joseph coach Ed Torres took a Knights to a state title game for the third time that year. His 1990 squad lost in the state final. His 1991 team won the state championship game in overtime.

“No disrespect to those teams, but I think this team is much better,” Torres said in a news conference after the regional final.

“The game was much different then.”

The Knights saw what had been a 33-15 lead in the first minute of the third quarter dwindle to 46-43 when Richardson scored inside with 2:49 to play. Beebe countered by draining a 12-footer from the right side as the shot clock ran out with 2:10 left.

“That basket was huge,” Serra coach McKinsley Hadley said during the news conference. “There was a previous basket that was bigger.

“Inbounds play (under our basket) at the end of the third quarter. They inbound the ball, (English scores) and they’ve got the momentum.” English’s bucket made it 42-34 going into the fourth quarter.

The Knights finished the game with an 8-2 run. After Beebe’s bucket with 2:10 left, Knights guard Brianna Bognuda drew a charging foul. Forced to foul at that point, the Cavaliers fouled Madrigal and she bounced in two free throws to make it 50-43 with 1:09 left.

Beebe grabbed the rebound and blocked a shot on two subsequent Serra possessions, Bognuda forced a turnover and then Madrigal made a layup with 15 seconds to play.

Bognuda, who had been shaken up after drawing a foul seconds earlier, made two free throws with 6.6 seconds left, her only points of the game, for St. Joseph’s last scoring.

English went 4-for-14 from the field, but she shot the Knights back into the game after Serra began with a 10-2 run. English drained two quick 3-pointers, and the Knights started the second quarter with a 13-12 lead.

St. Joseph went ahead for good, 15-14, on Tatiana Dunlap’s basket off her own missed free throw with 6:54 left in the first half.

English shut down sharpshooting Serra guard Sierra Thompson. The Knights never could slow down the sophomore in the III-AA championship game, and Thompson sank two big 3s after Beebe fouled out in the fourth quarter.

English drew the assignment of guarding Thompson in the regional championship game. She held Thompson to 2-for-6 shooting from the field. Thompson missed both her 3-point shots.

“I was very happy when coach (Torres) put me on her,” said English.

English positioned herself well on Thompson - she played about a foot off the Cavs guard. “That way she couldn’t drive around me or step back for the 3.” English also wasn’t so close to the guard that she was in danger of fouling her.

Hadley said the Knights’ weak side help defense was much better in the regional title game. “We really stressed that in practice,” said Dunlap.

With the Cavs focused on Beebe inside, the Knights boosted themselves with their perimeter shooting in the first half until things opened up for Beebe inside.

With the win, the Knights earned the right to take on the Bishop O’Dowd Dragons for the state championship.

In our series highlighting historic achievements, we continue on St. Joseph's path to the 2011 state title. Today, we look at the Knights' game against Serra on March 19, 2011. With a win, St. Joseph would advance to the state championship and avenge a brutal playoff loss.