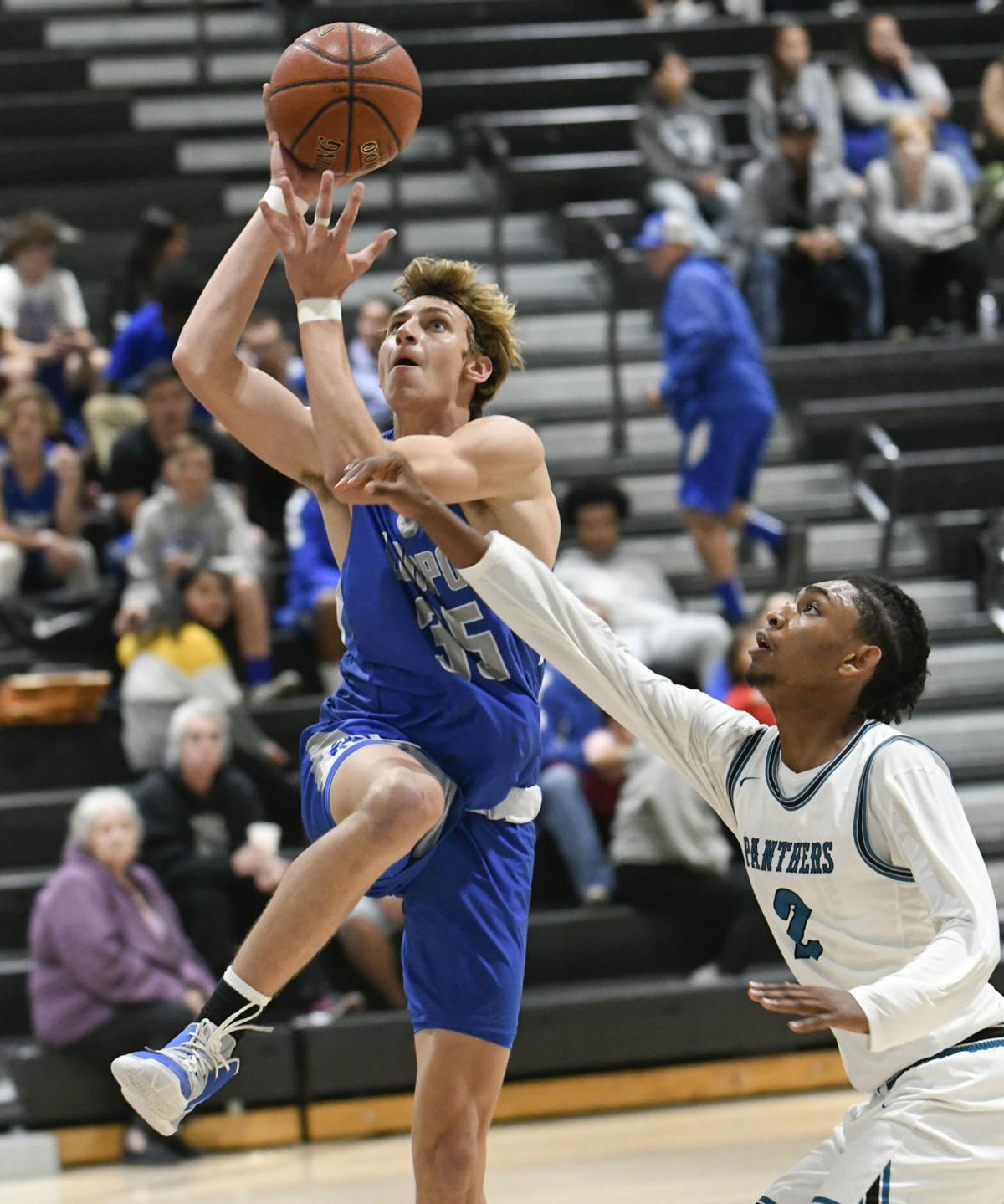 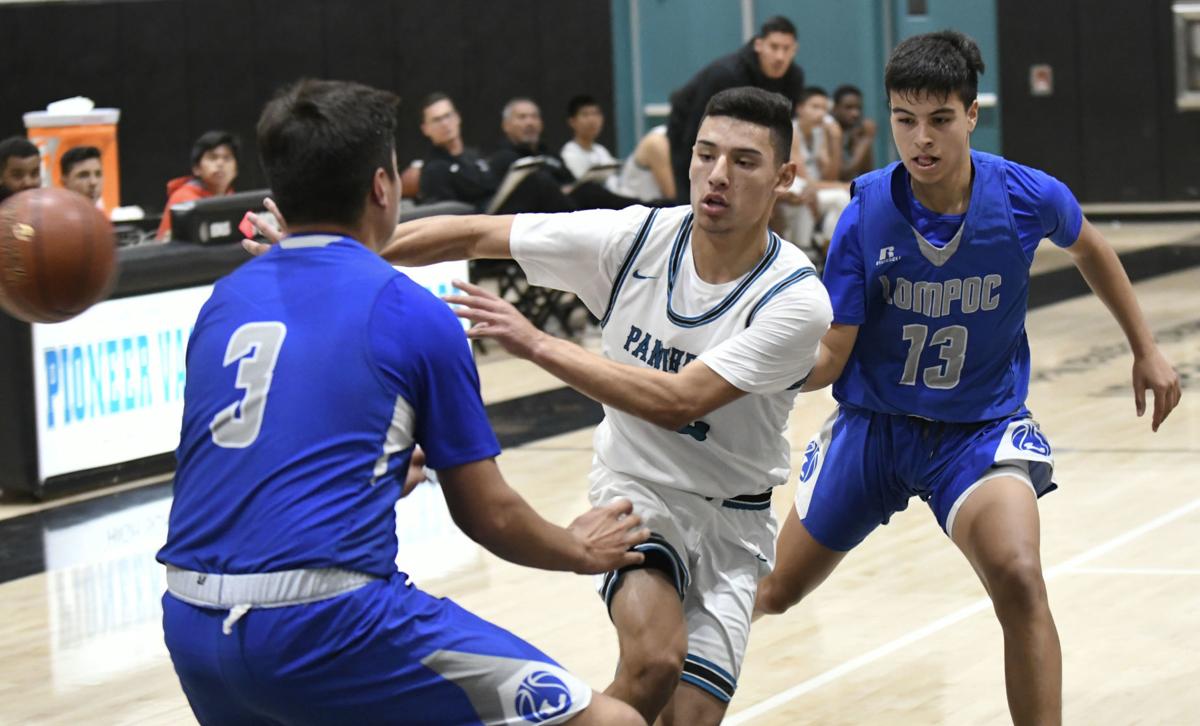 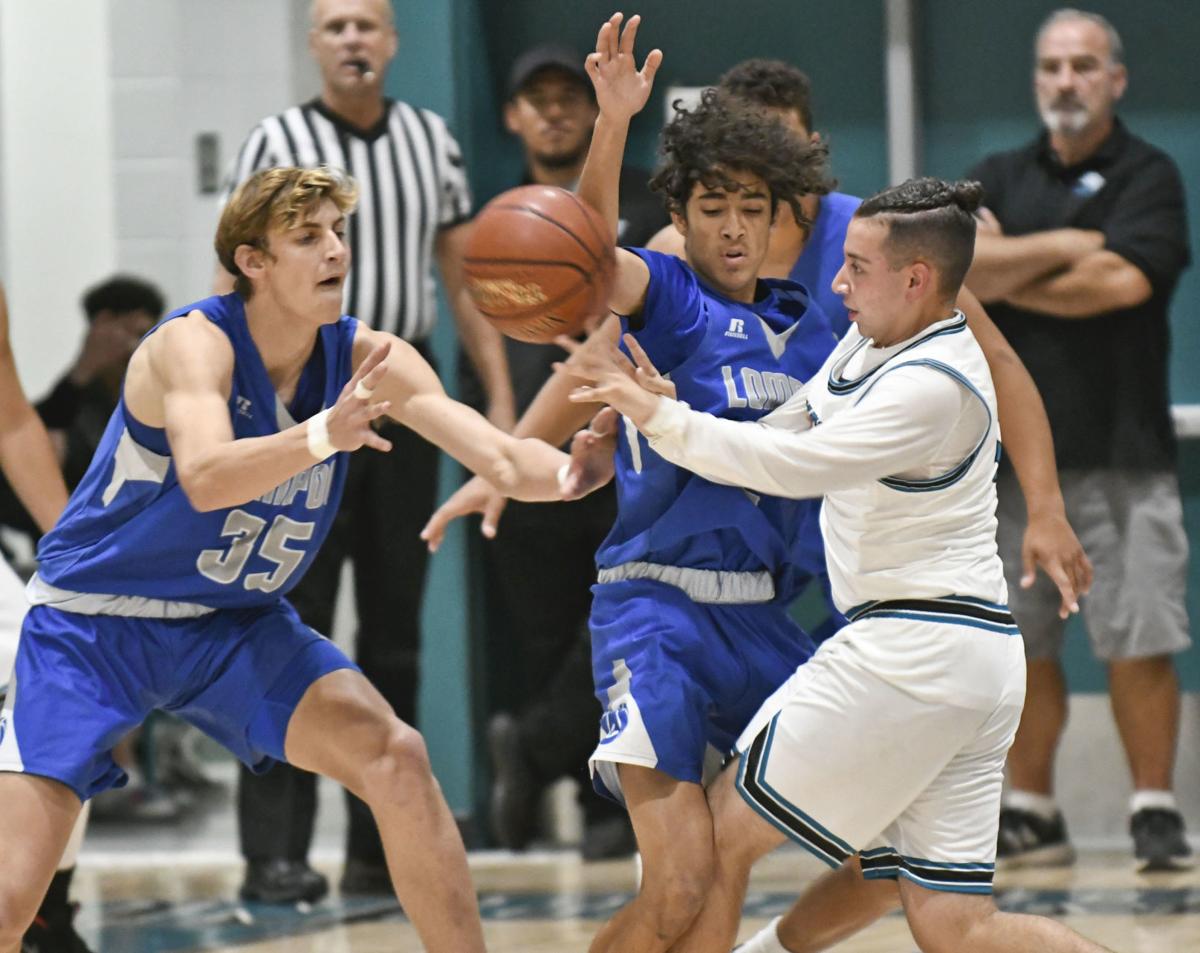 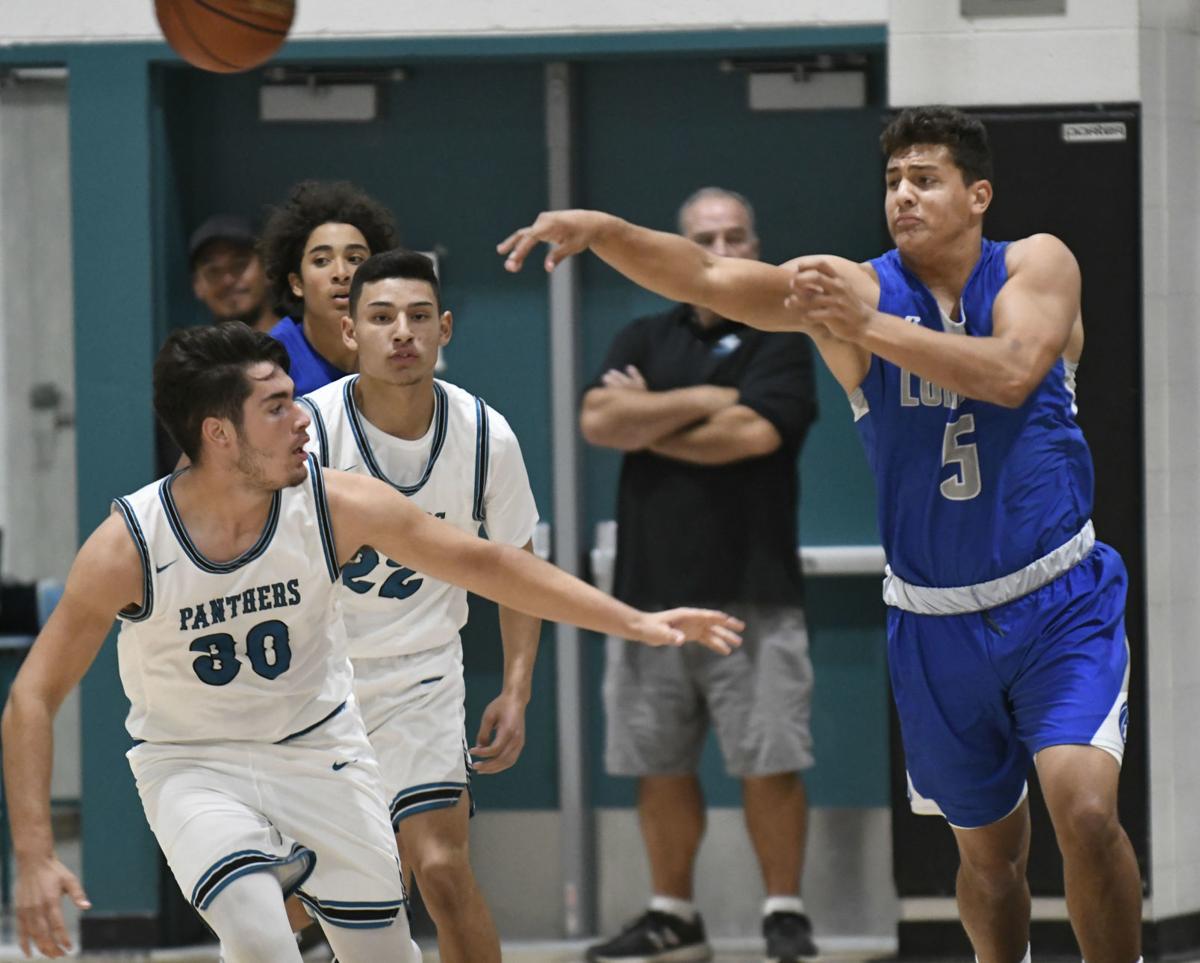 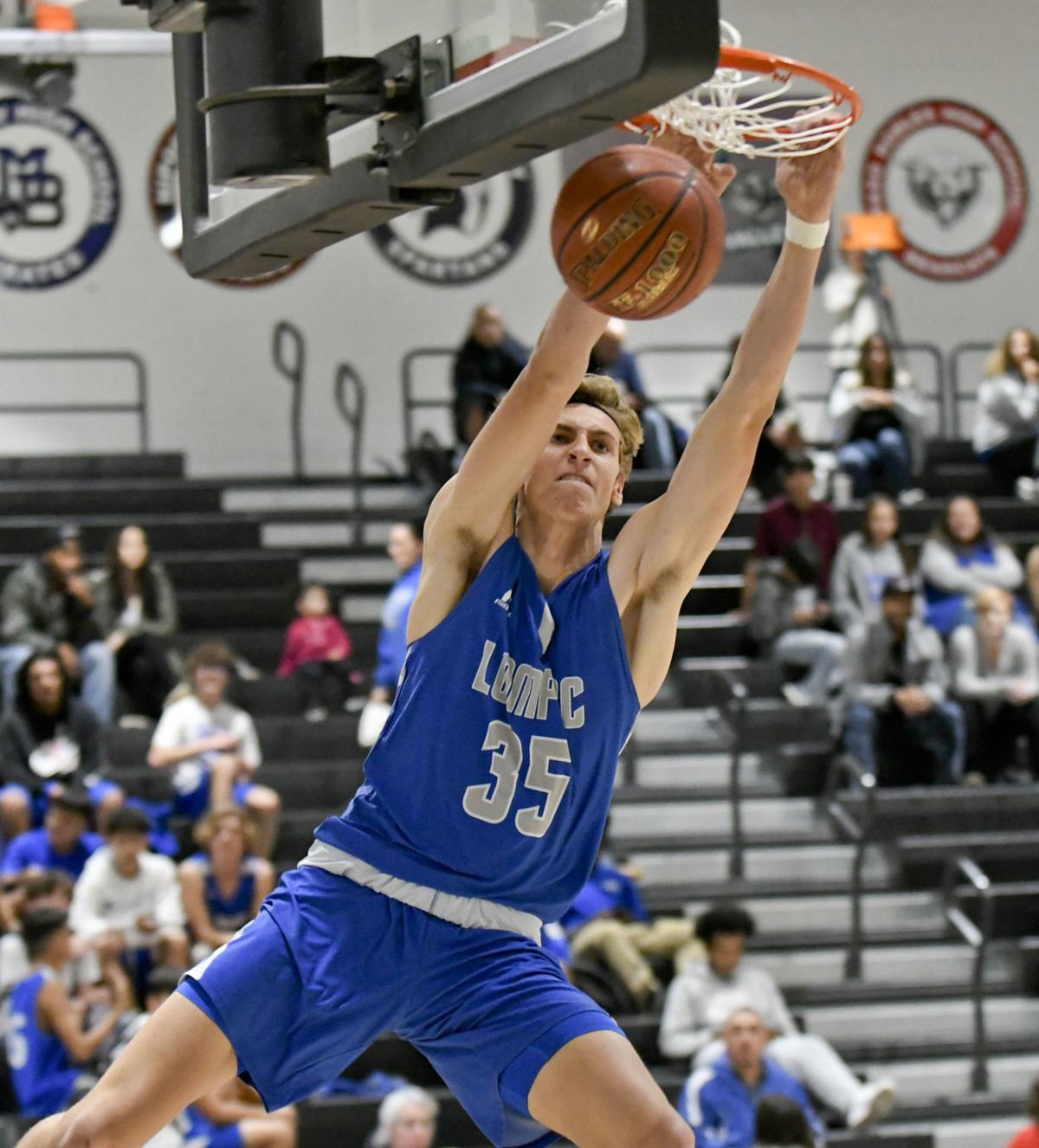 Instead, Lompoc had the biggest finish.

Dominic Ballesteros hit a 3-pointer from the left side with 4.8 seconds left in regulation to force overtime, the Braves owned most of OT, and Lompoc eventually won 73-65 at Pioneer Valley.

The Braves squared their record at 1-1.

“That was great. It was the best shot,” Lompoc center Colin Oestereich said of the Ballesteros trey that kept the Braves’ hopes alive.

“He’s one of our best shooters.” Lompoc’s senior center said the win was especially big since the Braves were coming off a loss to Oxnard.

Oestereich was the tallest player on the floor, and he gave the Panthers problems throughout when he was in there.

He put Lompoc ahead by snapping a 63-all tie at the 2:48 mark of the four-minute overtime. Oestereich struggled with his free throws, but he nailed one to complete an old-fashioned three-point play and put Lompoc up 66-63.

The Santa Ynez Pirates evened their record at 1-1 with a 44-19 victory over the Orcutt Academy Spartans Wednesday night at Santa Ynez High. The Pirates' pressure defense stole the show, limiting the Spartans' scoring opportunities.

He took a home run pass from Ryan Morgan and rammed home his third dunk of the night to make it 68-63. He missed the subsequent free throw, but that didn’t matter.

Christian Morin led the Panthers with 16 points, but he missed two foul shots after giving Pioneer Valley its first lead, 59-58, with 49.6 seconds left in regulation then missed two more in overtime.

Marc Cabeliza did make two free throws to put the Panthers ahead 61-58 with 11.1 seconds left in overtime. Ballesteros answered with his big 3.

Stephen Espinoza and Elijah Perkins has 15 and 13 points respectively for Lompoc.

Ballesteros hit three treys for all of his nine points. Morgan also has nine for Lompoc.

Cabeliza scored 14 points for the Panthers. Fernando Aguilar had 10.

“We don’t want to rely so much on the 3-point shot, but there are things we need to learn with our offense so that’s where we’re at right now,” said Pioneer Valley coach Ross Rivera.

“We need to get better at driving in and either getting an easy layup or drawing the foul and getting to the foul line.”

Lompoc then took on Nipomo at home Friday night, and lost 82-54. The Titans love to rain 3-pointers and guard Daren Sosa drained eight of them to score a game-high 28 points in Nipomo's wins.

The Panthers will play at crosstown rival Righetti at 6:45 p.m. Monday night. Lompoc is set to play at St. Bonaventure on Tuesday at 6:30 p.m. in Ventura.

Mariah Lopez, the senior center of the Spartans, had 11 points and Erynn Padhal added 10 points. The Spartans are 2-0 and play Pioneer Valley at 6:30 p.m. on Thursday.