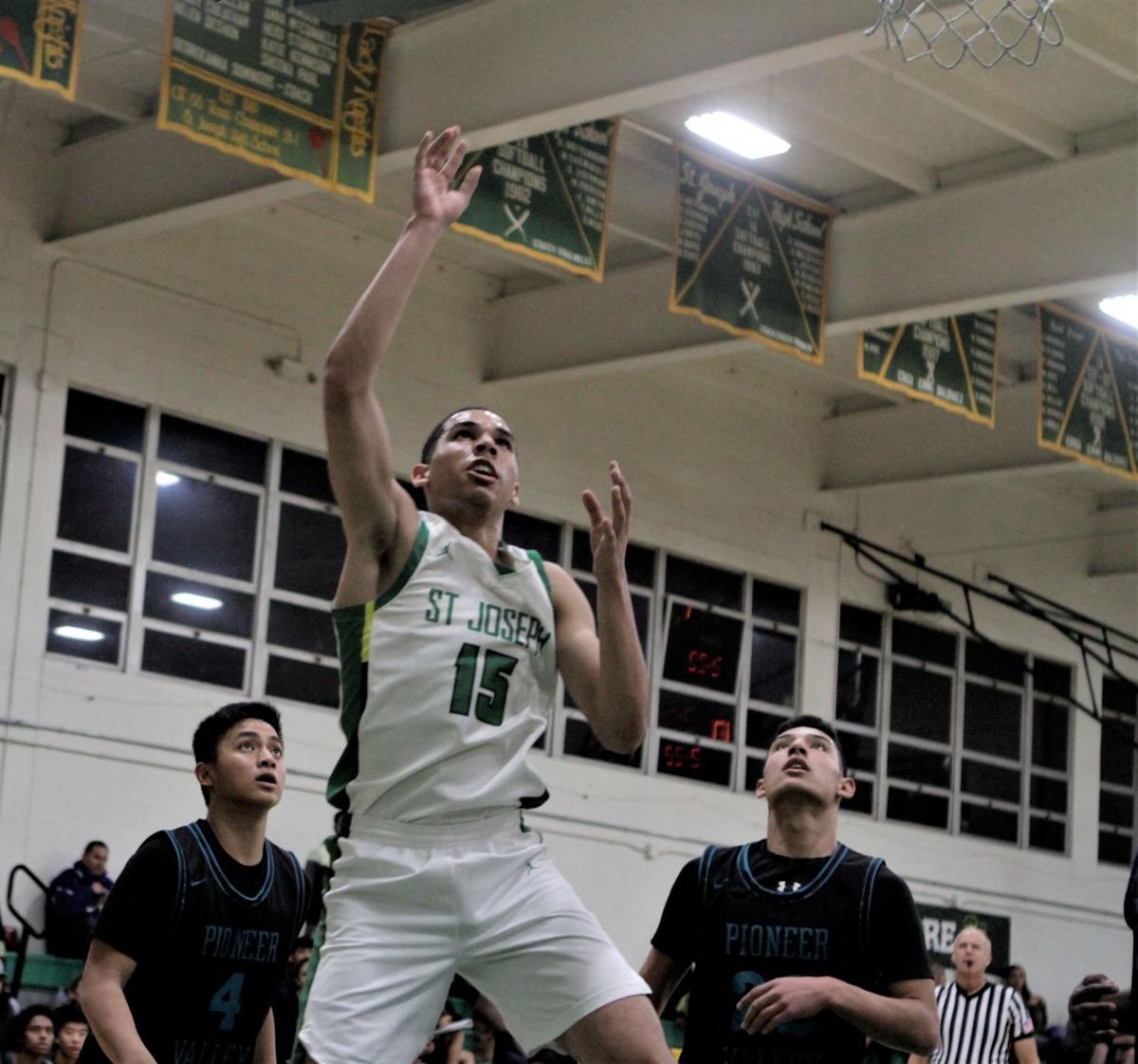 St. Joseph junior Jincho Rivera puts up a shot against the Pioneer Valley defense during Tuesday night's game. Rivera had 30 points in the Knights' 81-28 win. 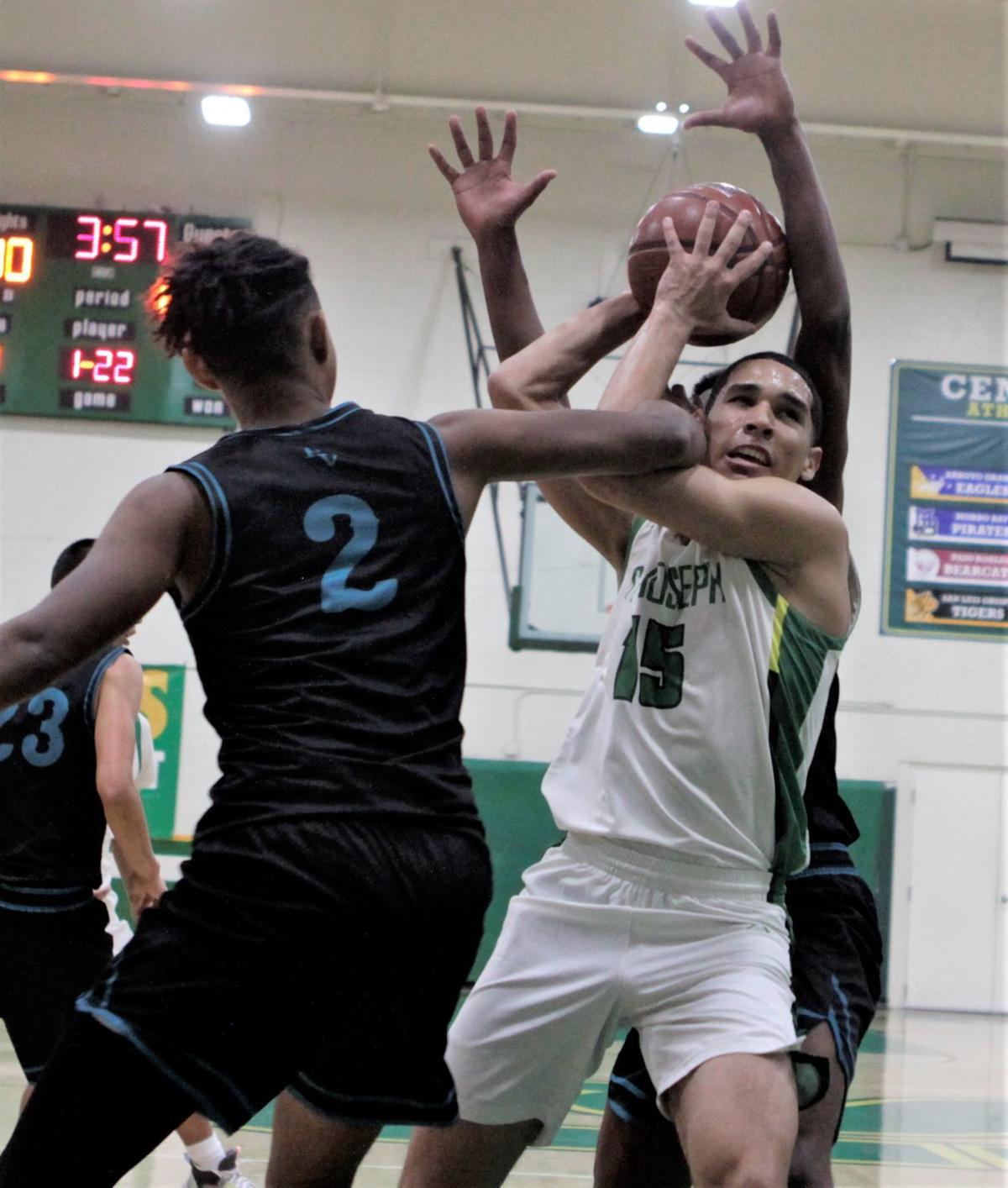 Jincho Rivera dropped 34 points on the Greyhounds as St. Joseph moved to 4-0 with a non-league win.

Steven Vasquez and Angel Ortiz scored 13 and 12 points respectively for the Knights.

Camden Smith scored 14 points and Isaac Luque put in 13 as the Spartans won this non-league game at Laguna Blanca easily.

The Saints had an off-shooting night and lost to the Bearcats in a non-league game at Paso Robles.

The Panthers (4-4) got a big game from both Ravynn Anielski and Chyanna Medina-Tell and rolled to a non-league win at home over the Greyhounds.

The Garcias, Mishila and Natalie (no relation) scored 22 and 11 points respectively as the Warriors (4-1) rolled past their Foster Road rival (1-5) in a non-league game at Righetti.

St. Joseph junior Jincho Rivera puts up a shot against the Pioneer Valley defense during Tuesday night's game. Rivera had 30 points in the Knights' 81-28 win.