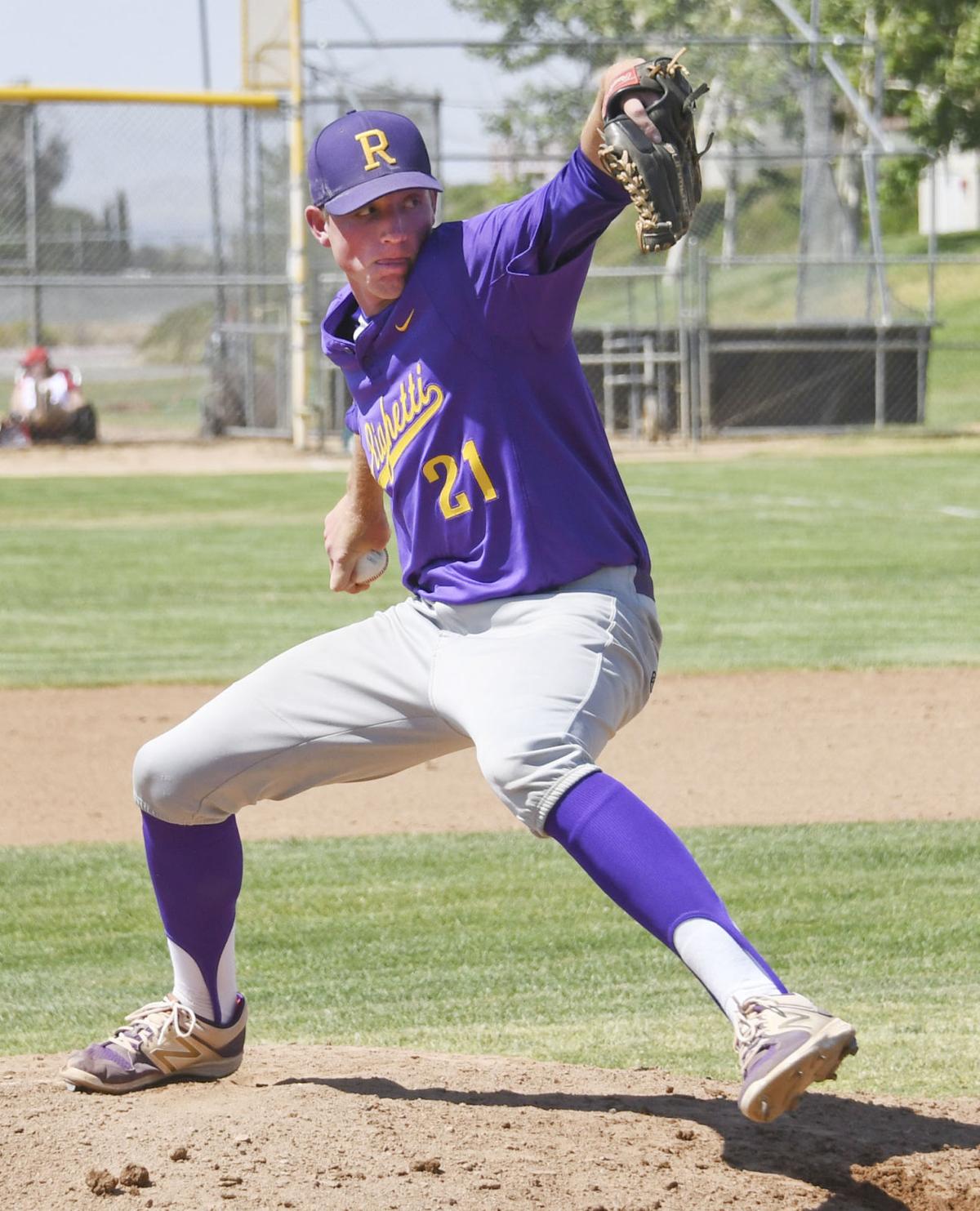 Righetti senior right-hander Matt Sauer had an ERA of just over 1 going into this 2017 CIF Southern Section Division 3 semifinal, and it figured that the Warriors would need every bit of Sauer's best if they were to get past Lancaster Paraclete and become the first Righetti baseball team this century to qualify for a sectional divisional championship game.

They got it. Sauer pitched a three-hit complete game, struck out 10 and the Warriors squeezed out a 1-0 win over the Spirits at Paraclete.

A Paraclete coach said beforehand that Paraclete sophomore right-hander Joey Estes had given up a total of three earned runs in 80 innings.

Zach Rudd made it four in 86 when he grounded a 2-1 pitch from Estes into left field, driving in Jaden LyBurtus from second base with two outs in the top of the sixth for what would be the only run of the game.

The sports staff has voted: We picked this Righetti standout as our All-Area MVP.

"It was a fastball," Rudd said afterward of the pitch he hit for the game-winning single.

"I was just trying to do something with it to give us a run."

Though the Paraclete left fielder had momentum going to the plate as he fielded the ball, Righetti coach Brian Tomooka, who was coaching third base, did not hesitate to wave the swift LyBurtus home.

The throw appeared to come in ahead of LyBurtus, but it was on a bounce and got by the Paraclete catcher. LyBurtus smacked his palms on home plate, and Righetti had a 1-0 lead.

Sauer got through the sixth then the Warriors thought the Spirits' lead-off batter in the seventh had swung on a pitch for strike three. The home plate umpire disagreed, and the Paraclete batter subsequently walked.

“I think it’s best, not just for me but for everyone ,” who had been training – as best they could, anyway, with all the closures of training facilities in the wake of COVID 19 – Reynolds said this week.

The next batter bunted — in the air, right to Righetti first baseman Mitchell Bagby. The result could not have been any better for the Warriors nor worse for the Spirits — an out with the runner not advancing.

During breaks in the action, the Paraclete first base coach had chatted amiably with a group of Righetti fans who were standing behind the first base foul line. As the next Paraclete batter was about to hit, the coach turned to the anxious fans and said cheerfully, "This kid has home run power."

Instead, Sauer recorded another strikeout. The next batter, Nolan Riggs, swung through a Sauer fastball, and the celebration on the Righetti side began.

"We have 24 guys on our roster and all 24 have had a part in this," Toomoka said afterward.

The Warriors had gotten the best of a tough pitcher — barely — to get to the championship game.

"He was the best pitcher we've faced this year," said Rudd.

"The heat didn't mean anything," said Sauer after finished his gem on his 98th pitch.

"This was the semifinals. I was just giving it everything I had, trying to help us get to the championship game."

The Warriors won despite getting just four hits off Estes, who also pitched a complete game. Paraclete first baseman Eddie Worley had a double, the only extra-base hit of the game. Worley was also the only player from either side who had more than one hit. Worley went 2-for-3.

Righetti put itself into the divisional title game with the last of its three one-run wins in the playoffs.

Walnut subsequently routed Righetti 13-2 at UC Riverside in the championship game. Days after that, Sauer signed with the New York Yankees in the second round of the Major League Baseball draft. 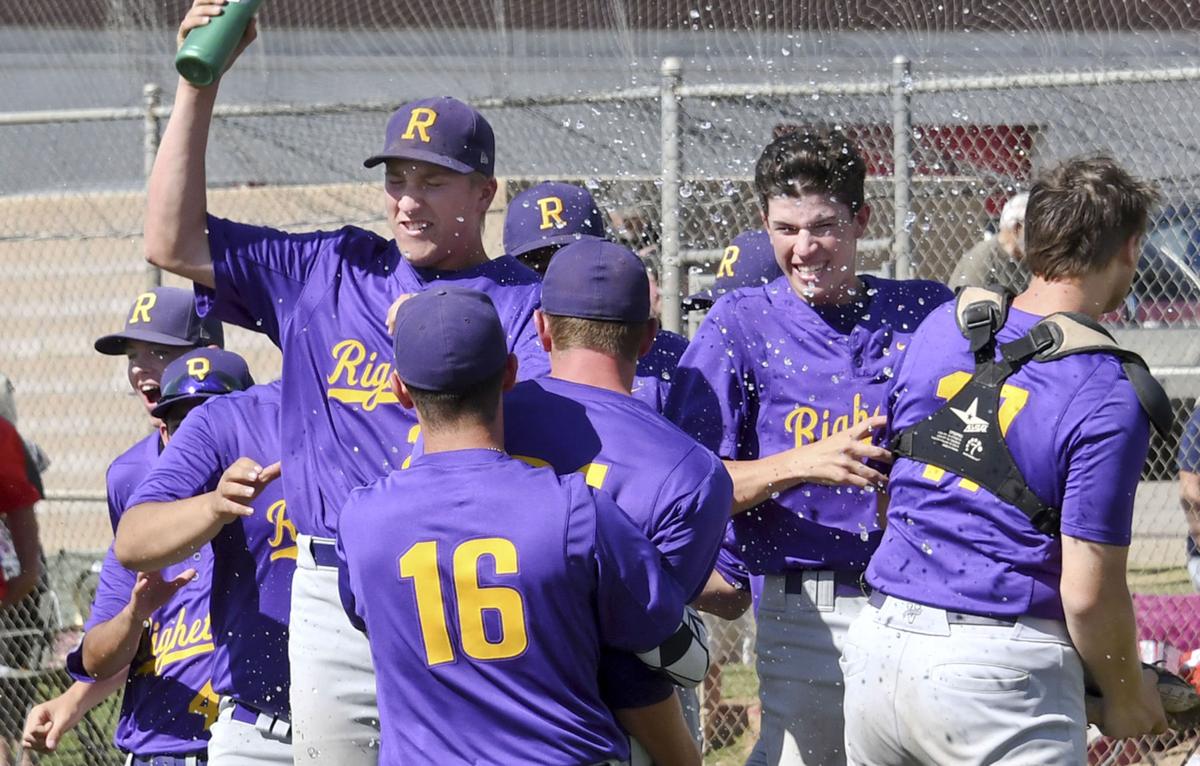 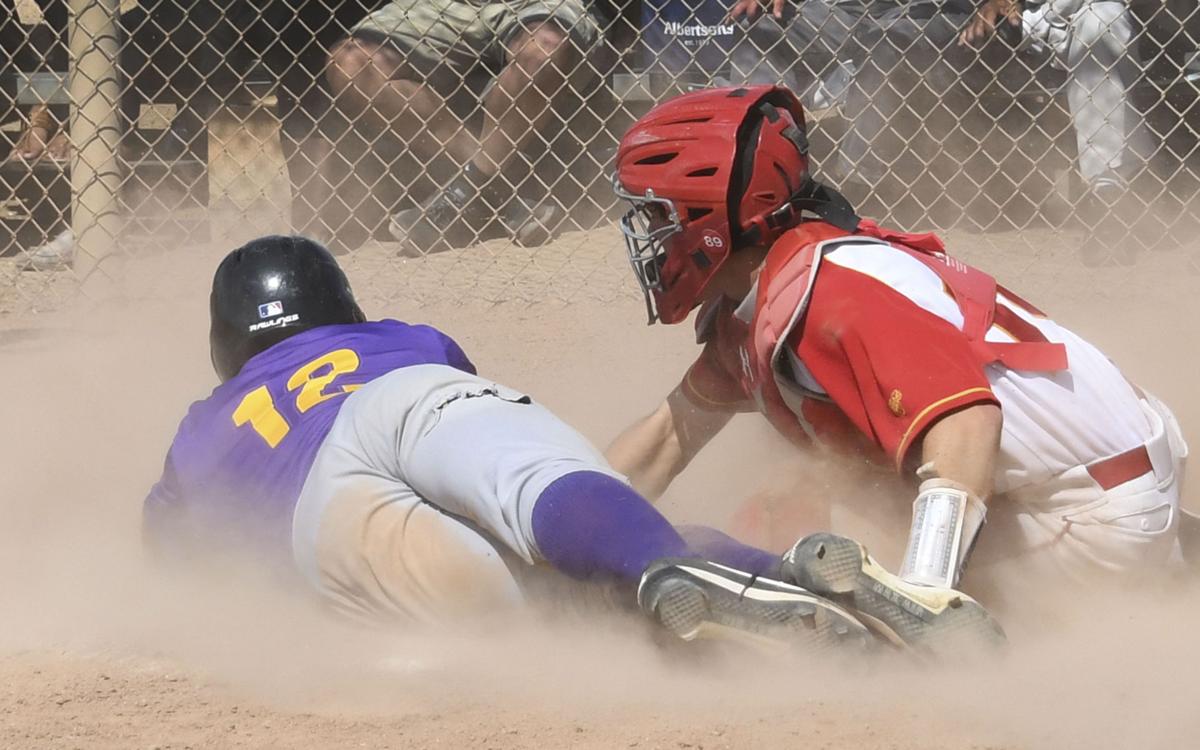 Matt Sauer pitched a three-hit complete game, Zach Rudd singled in the only run of the game and the second-seeded Warriors edged Paraclete 1-0 at Paraclete Tuesday in the CIF Southern Section Division 3 semifinals at Paraclete High School in Lancaster. School officials have said the last time a Righetti baseball squad had been in a divisional championship game was 1998. Righetti lost.  The Warriors will play Walnut at UC Riverside either Friday or Saturday for the Divisional championship. Walnut defeated Paso Robles in the other Division 3 semifinal Tuesday at Walnut.

"With two yards to go for a CIF football championship, South Torrance put the ball in the hands of their toughest running back, Eric Capacchione," Brad Memberto wrote on Dec. 10, 2010. "As he made the turn towards the end zone, Lompoc linebacker Joseph Valla reached down deep and pulled the fullback down just short of the goal line.