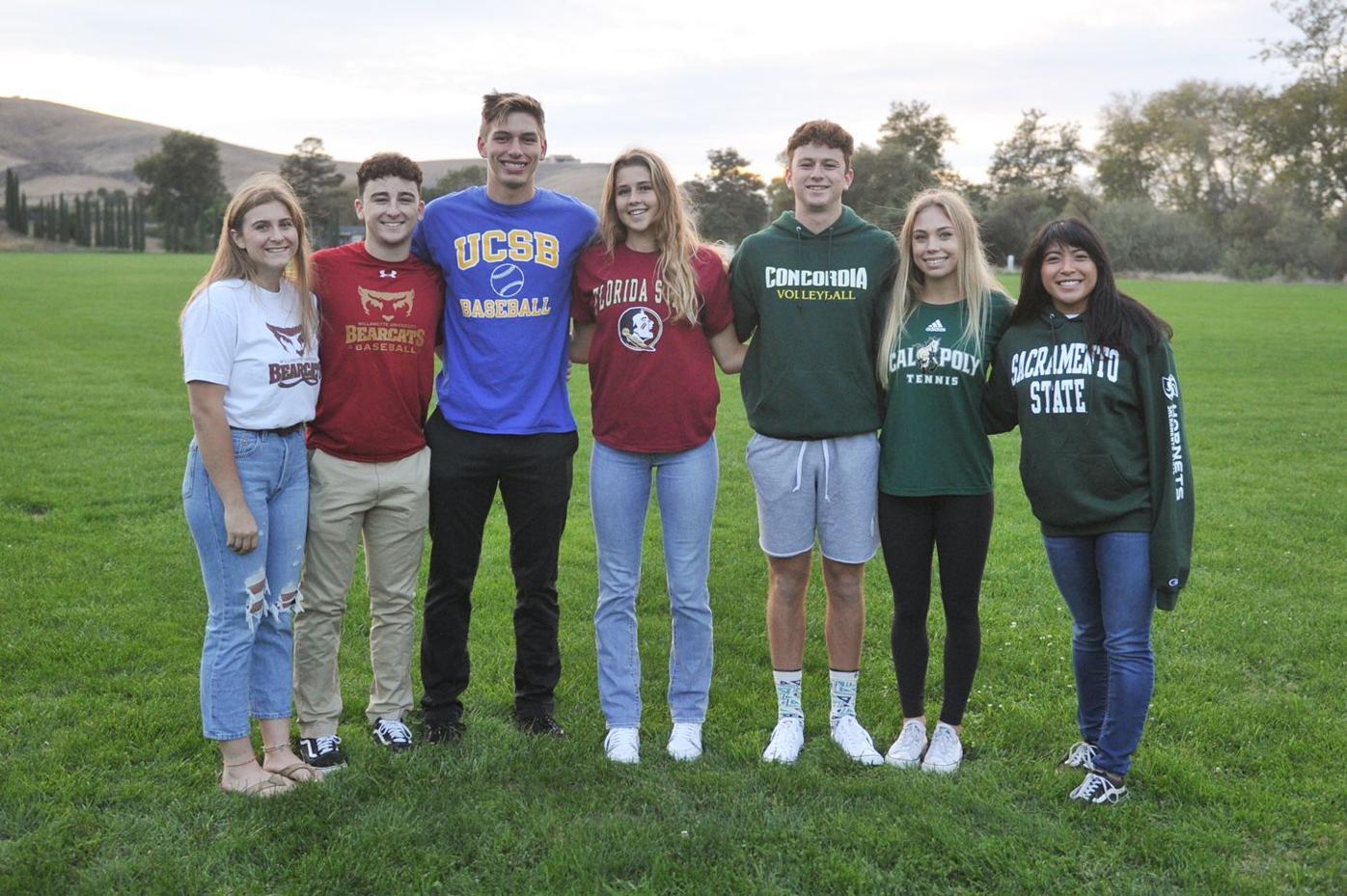 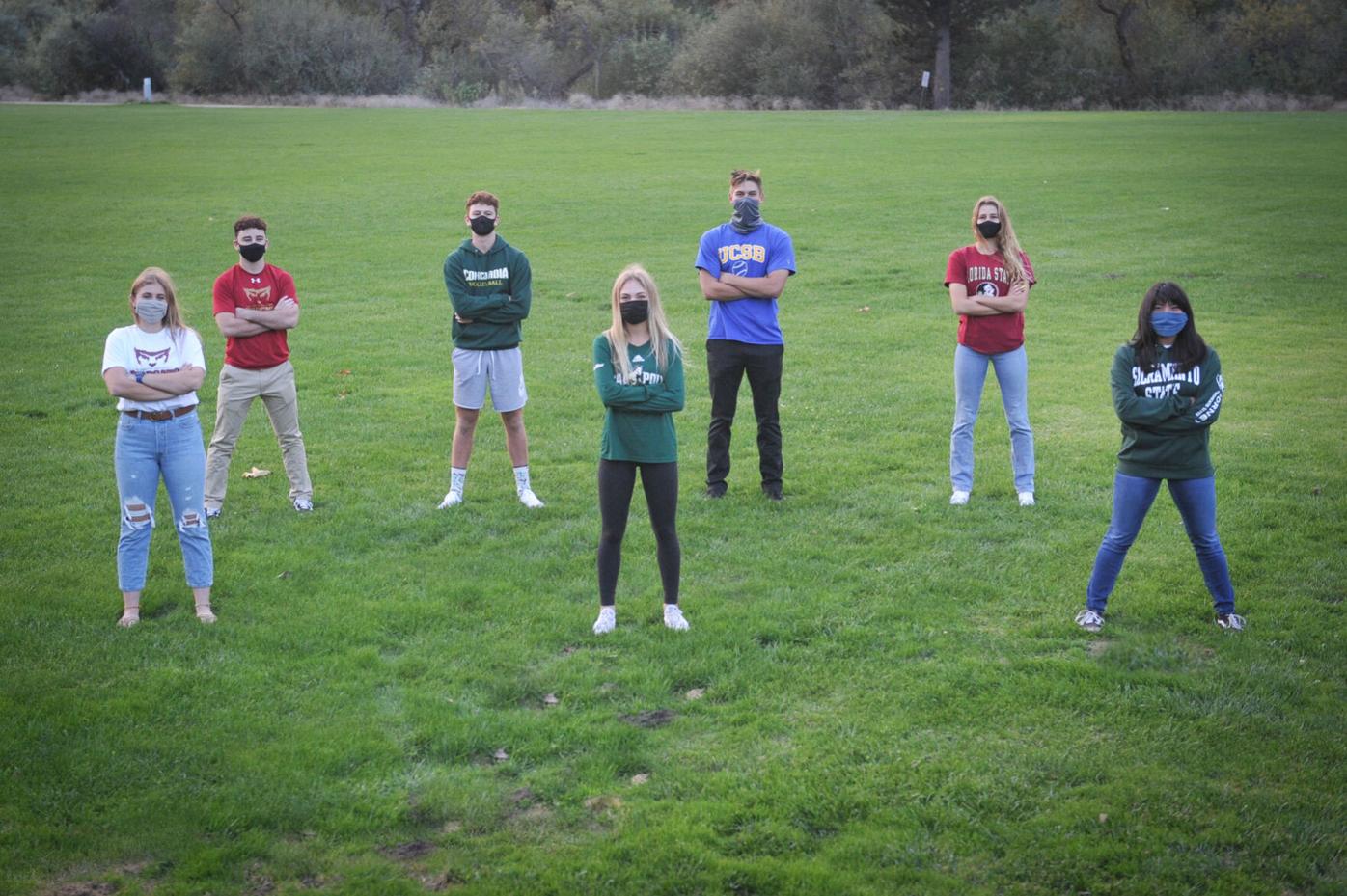 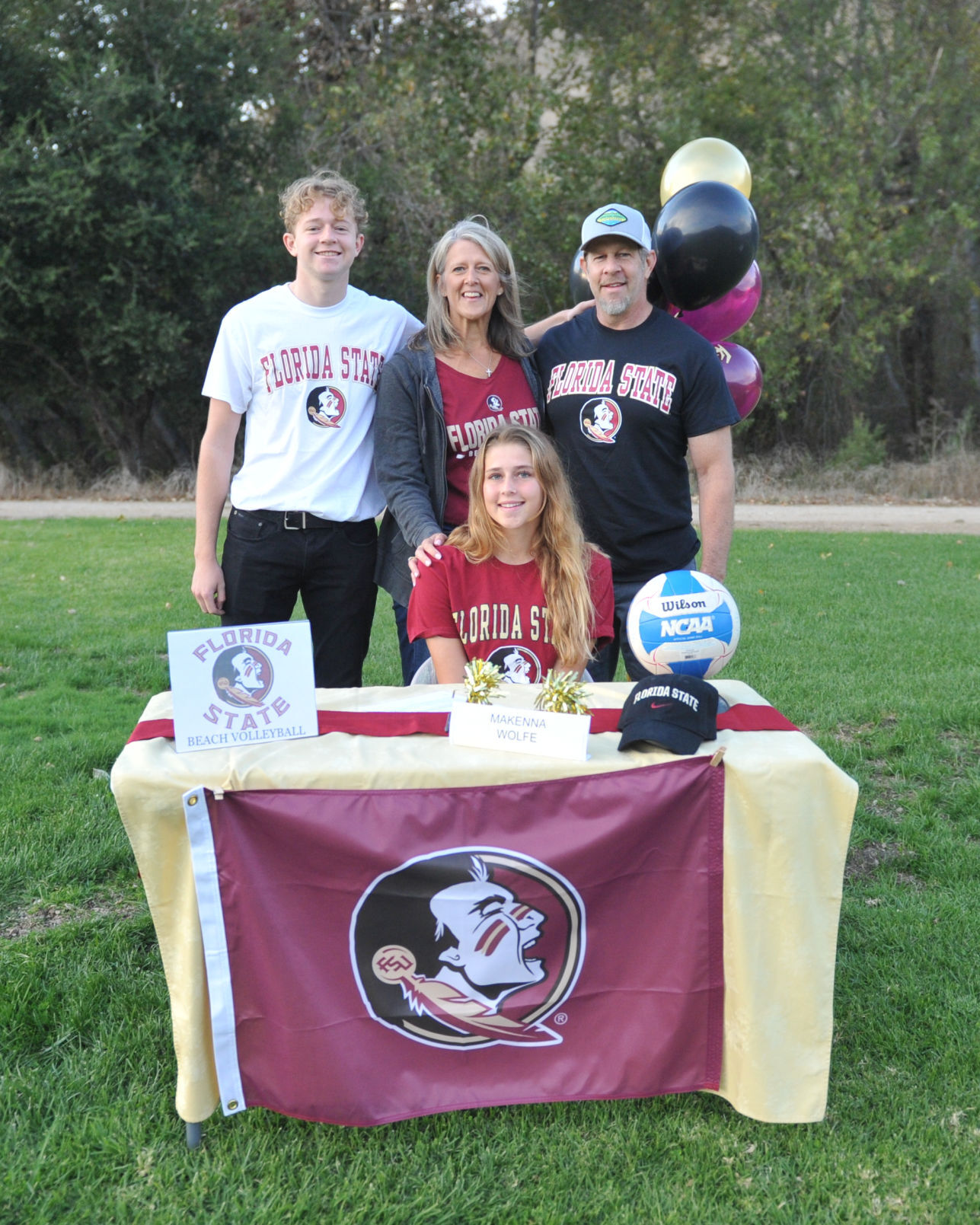 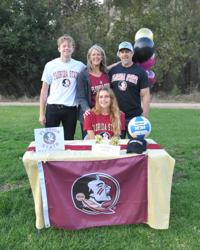 Dunkle will be staying close to home... and even closer to family. She signed to play tennis at Cal Poly, where her older sister Delanie Dunkle, an Arroyo Grande High grad, is also on the tennis team.

Ferreros earned a full-ride to Sacramento State where she will play on the Hornets' tennis team in the state capital.

Lipson will be heading south to Irvine to play for the Concordia men's volleyball team.

Jensen and Baskin will both be heading to Salem, Oregon. Jensen will play on the softball team and Baskin is set to join the baseball team at Willamette University.

Many of those who signed this week haven't had many occasions to celebrate anything amid the COVID-19 pandemic. So a small, socially-distanced ceremony was especially noteworthy. The parents of the student-athletes organized the ceremony off campus at Talley Field in Arroyo Grande.

"Signing was definitely a once-in-a-lifetime type of experience," Drew Baskin said. "I had a great time signing next to all of my classmates and close friends I have grown up with my whole life. Having a ceremony during this time felt amazing. Knowing that our parents want the best for us and they want us to feel like we mean something, to not only them but the community as well.

"This signing was all parent-led which was very cool."

Jensen, who signed with Willamette to play catcher, added: "I think every athlete who was signing felt very special. Although we have lost so many activities this year, I was really happy that we were able to still have this ceremony for all of us seniors because this is a huge step in our careers and it was nice to have some type of normalcy, despite the time we’re living in."

Baskin and Trimble had their junior baseball seasons cut short. Jensen had her softball season upended and Lipson's junior volleyball season ended abruptly as the coronavirus pandemic began to take hold in March. All area high school sports were shutdown on March 13.

To stay sharp, Baskin went as far as joining a team in Louisiana to play ball.

"This summer and fall my family dedicated our garage into a full gym," he said. "That definitely helped. Also, since there was no baseball out west here, I went and played on a team in Louisiana so I can get my game reps in. I did not want to take a step back or remain the same where I left off my junior season. So that was the best option for me. I am thankful for all of my teammates that have gone out to the Babe Ruth field or any field we could go on to hit, take ground balls and throw with me."

Baskin hopes to take one of the middle infield positions at Willamette and he'll study business there.

"Willamette has an MBA program," he said. "So you can get your bachelor's in business in three years and your masters in two. You can also pair this with any other undergrad program they offer. So I am going to pair it with exercise science."