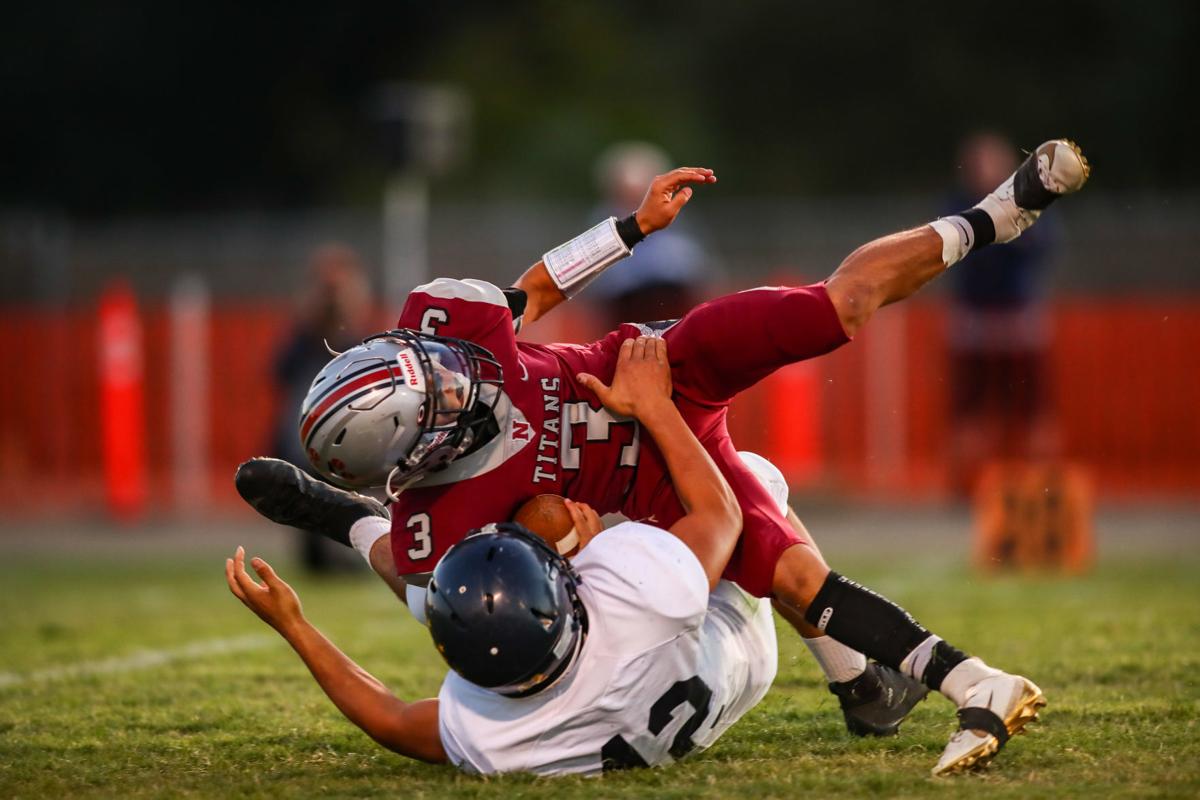 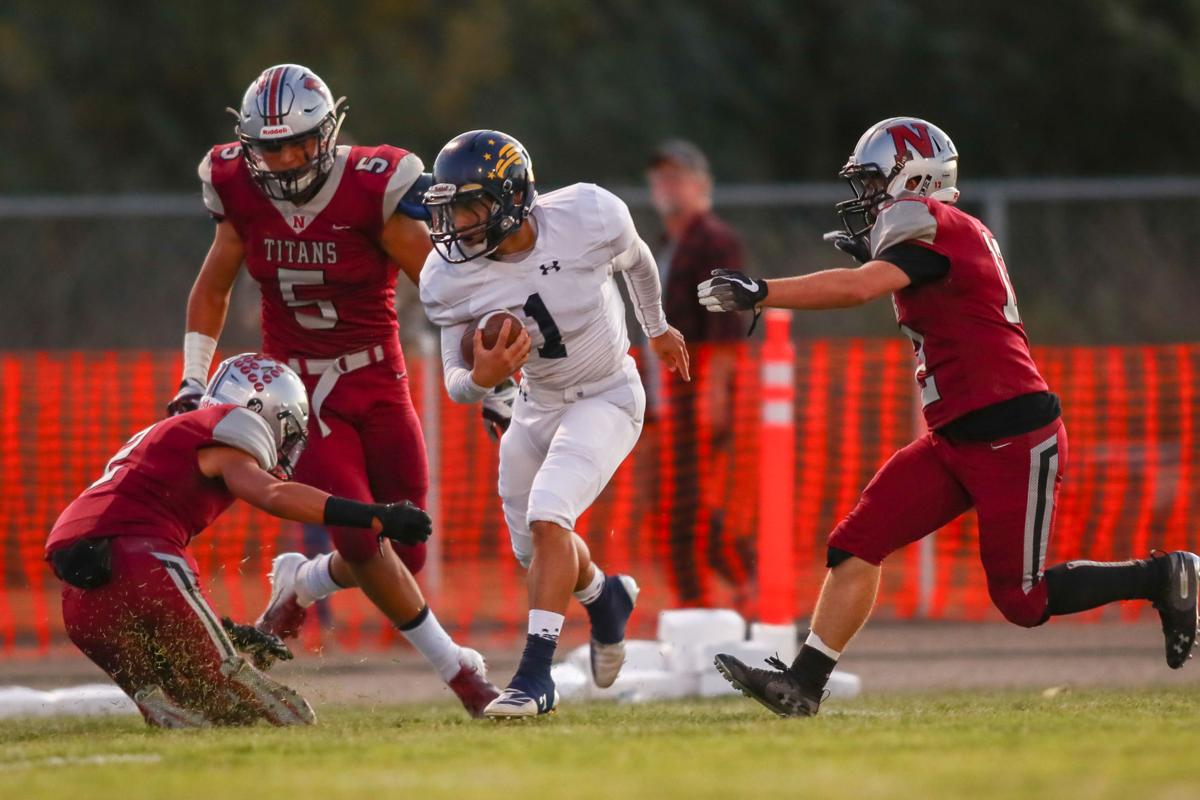 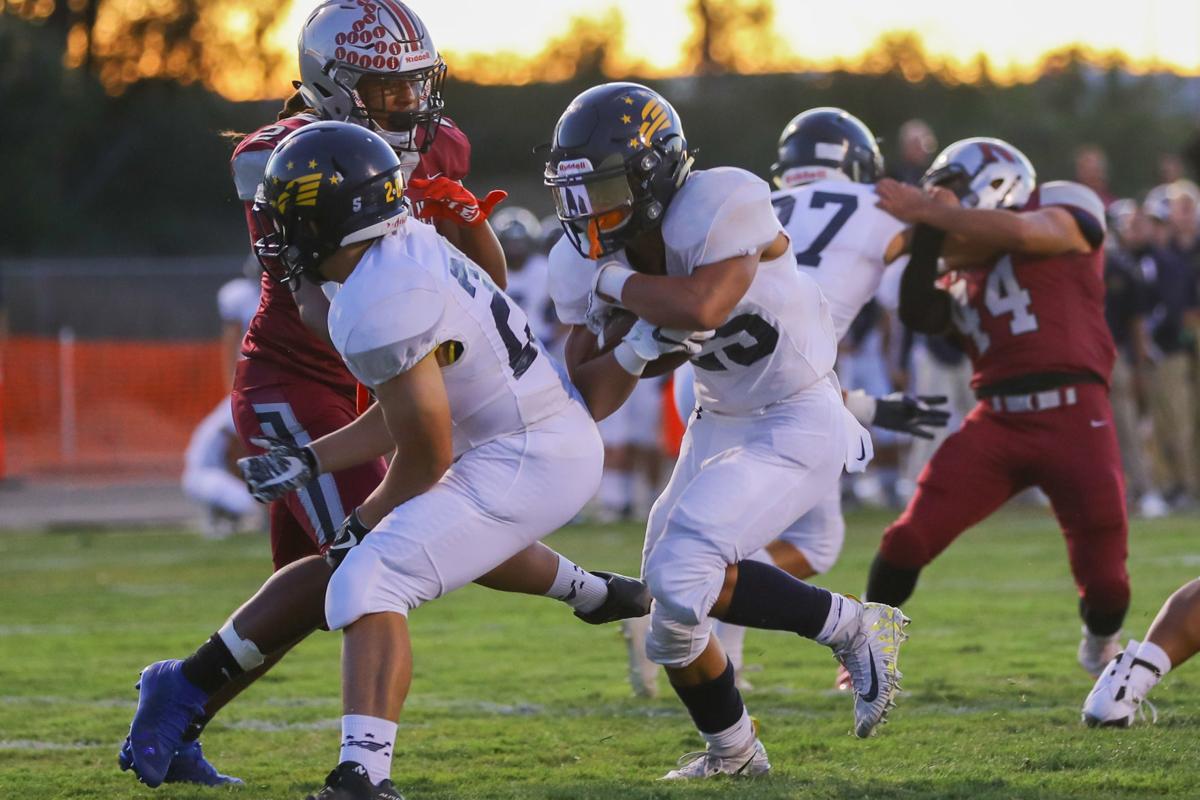 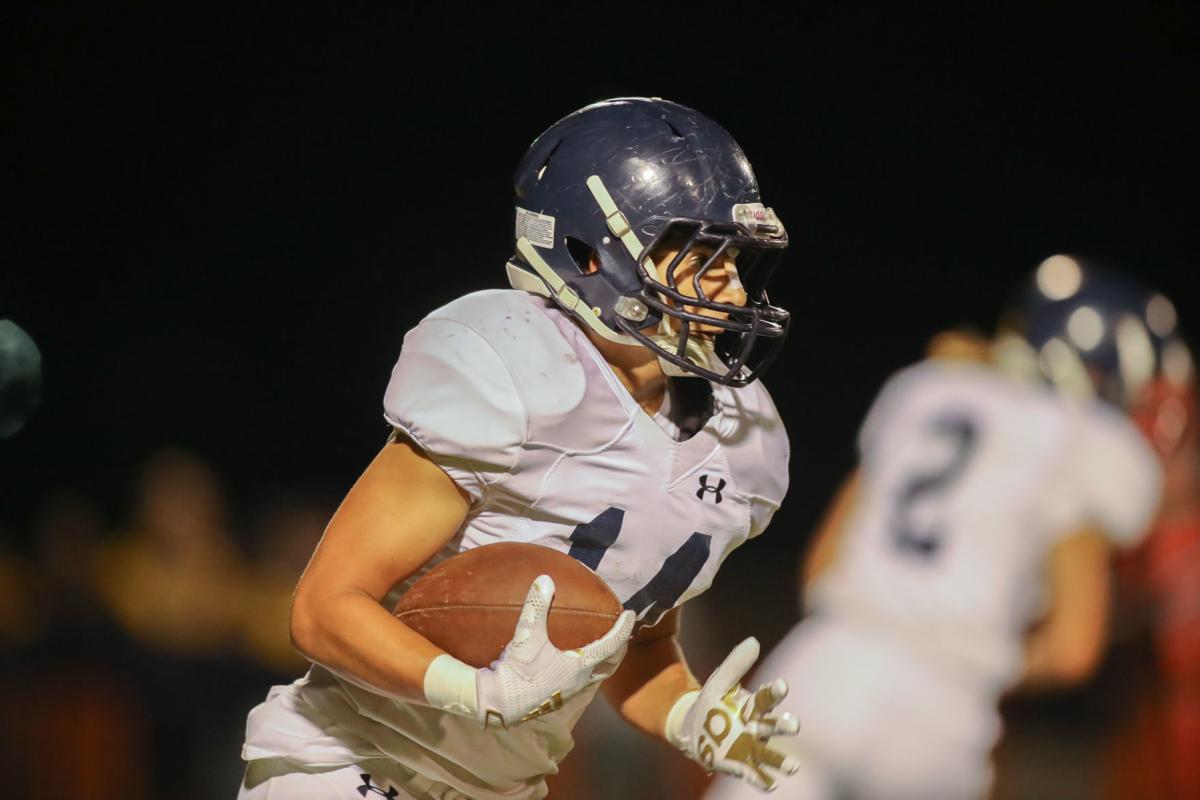 Arroyo Grande quarterback Ethan Royal scored on a three-yard run in the first half, salted the game away with a 16-yard touchdown run at the 5:05 mark of the fourth quarter and the Eagles beat the Titans 21-6 in a non-league game.

Royal tossed a three-yard touchdown pass to Elijah Castro in the second quarter. The Eagles led 14-0 at halftime.

Arroyo Grande (4-1) has won four straight since dropping its opener. Nipomo fell to 2-3. The Titans have lost three straight.

They finally got to play on their new field in a renovated Nipomo stadium that is a work in progress. The Titans had hoped to play their first game there weeks ago. Instead, because of construction delays, they opened their 'home' slate by playing Cabrillo at San Luis Obispo on Aug. 30, then played a scheduled home game Sept. 13 at Mission Prep against Bishop Diego.

Without Caleb Tomasin, who has been averaging about 180 yards a game rushing, the Eagles held the Titans to 170 yards of offense and ground out 159 yards rushing themselves.

Castro and Mason Thompson rushed for 58 yards apiece for the Eagles.

“It’s ‘next man up,’” regarding the injury to Tomasin, Arroyo Grande coach Mike Hartman said.

The Santa Ynez Pirates are back on the road Friday night for their final preseason football game before the Channel League season begins.

“The kids did a good job. They went out and executed and did what they had to do.”

Tomasin was on crutches Friday night. “I have no idea when he’ll be back,” said Hartman.

“When the doctor clears him to play, he’ll play.”

Royal said, “We knew we would have to put together a running game by committee with Caleb out.

“We had to come through for him. He’s such a big part of our team.”

As for the Titans, they have been without quarterback Brayden Groshart since their season opener against Santa Ynez.

“He was injured in the first half then played the second essentially on one leg, which shows you the kind of kid he is,” said Nipomo coach Tony Dodge.

Turned out, “He completely blew out his knee,” said Dodge. “Tore his MCL, his ACL. He’s done for the season.

“We’re still trying to find our way with our young quarterbacks.”

Ben Rash and then Sebastian Angulo intercepted Nick Milton in the second half. Both picks killed promising Nipomo drives.

In the first half, the Eagles stacked up Keyshawn Pu’a and forced a fumble. Epifanio Moreno III recovered the ball for the Eagles at the Arroyo Grande 2.

“Our defense played a big part in our winning this game,” said Royal. “A huge shout out to them.”

The Titans got on the board in the fourth quarter when Declan Coles slipped a would-be tackle at the Eagles 25 to complete a 31-yard scoring play on a pass from Milton.

Arroyo Grande put the game on ice with a 65-yard scoring drive after the ensuing kickoff. Royal took care of the last 16 yards himself.

Prep football: Week Four scores from around the Central Coast

Nipomo running back-safety Zach Plunk, in the first half, and Pu’a, in the second, went down with what looked like lower leg or ankle injuries.

“No idea when they’ll be back,” said Dodge. “Hopefully we’ll know more next week. The injury bug has hit us hard.”

Arroyo Grande will play a non-league home game at Nipomo at 7 p.m. next Friday night. The Eagles’ Doug Hitchen Stadium is undergoing construction and the field isn’t ready yet.

Nipomo will play a non-league game at 7 p.m. next Friday night in Fresno against Hoover at McClane High School.

“After that we have a bye, which will come at a good time for us,” said Dodge.

The Warriors took a pool play win over the Bears.

Week Four, wow. Righetti kept right on rolling with a big with over Soledad, Santa Maria moved over .500 with a win over Visalia Mt. Whitney, Orcutt Academy got their first win of the season with a big second half comeback and St. Joseph lost another tough game against a central valley foe. Get more  scores, photos and information on week four, right here.

Hancock College student and runner Rachel Mallory,who is also a mother of two, bluntly described the nightmare she lived.