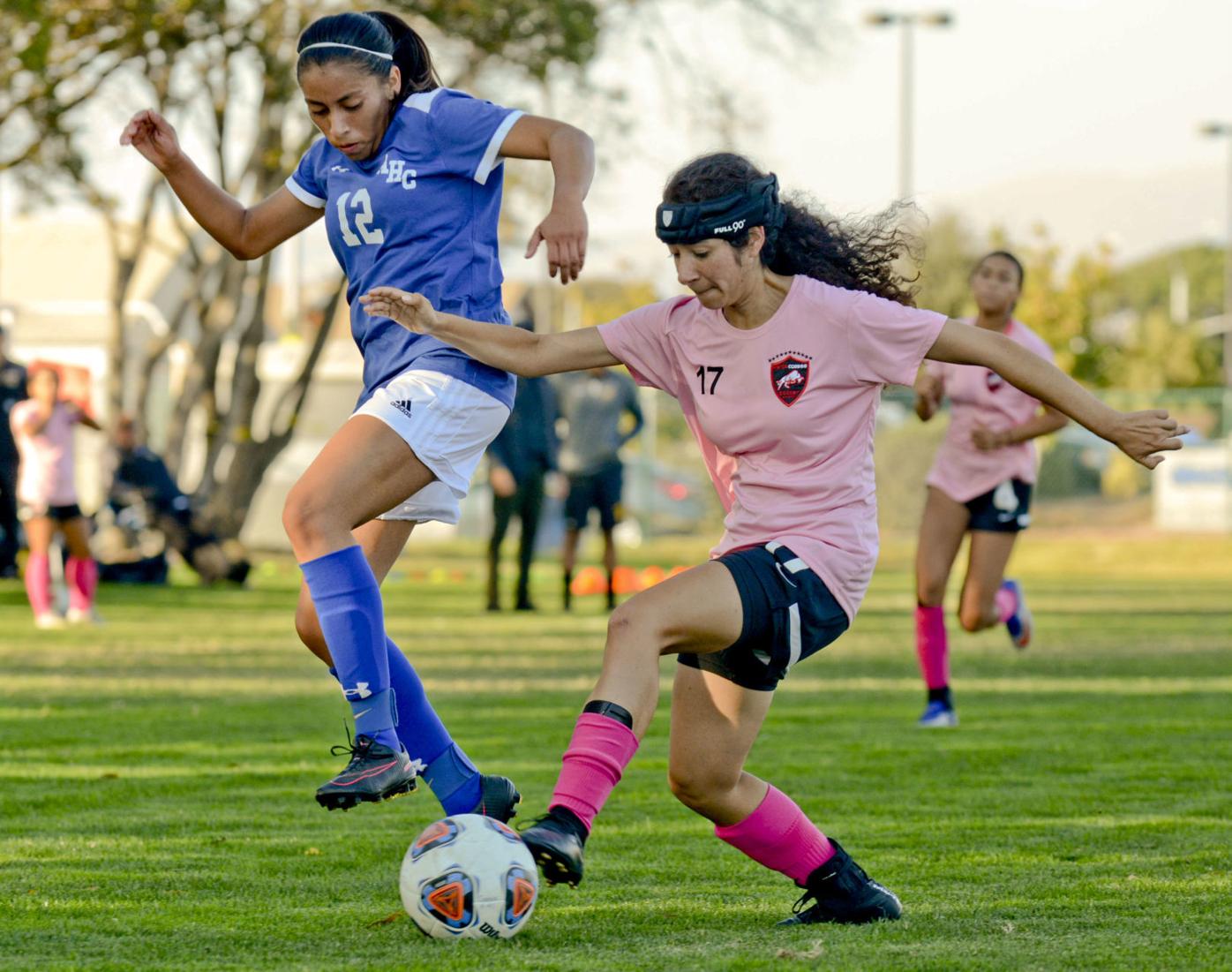 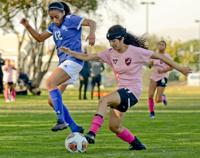 Hancock College's Hannah Montalban and an L.A. Pierce player go for the ball during a game last month. Hancock has made the playoffs for the first time in the program's history. 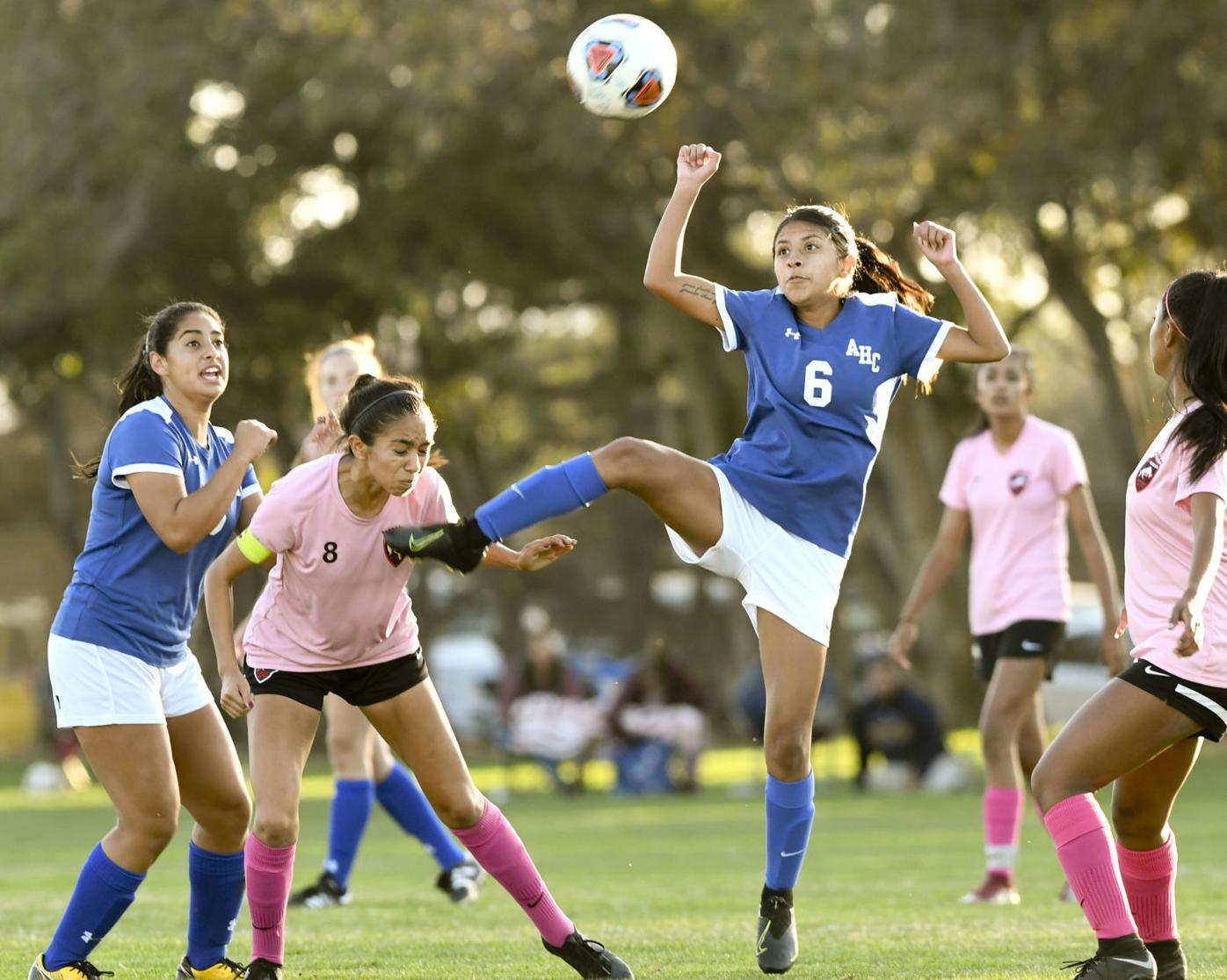 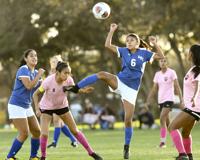 Hancock College's Kasandra Bright (6) goes up for a ball but inadvertently kicks L.A. Pierce's Makayla Blackburn in the chin. Bright was called for a foul during a game last month. 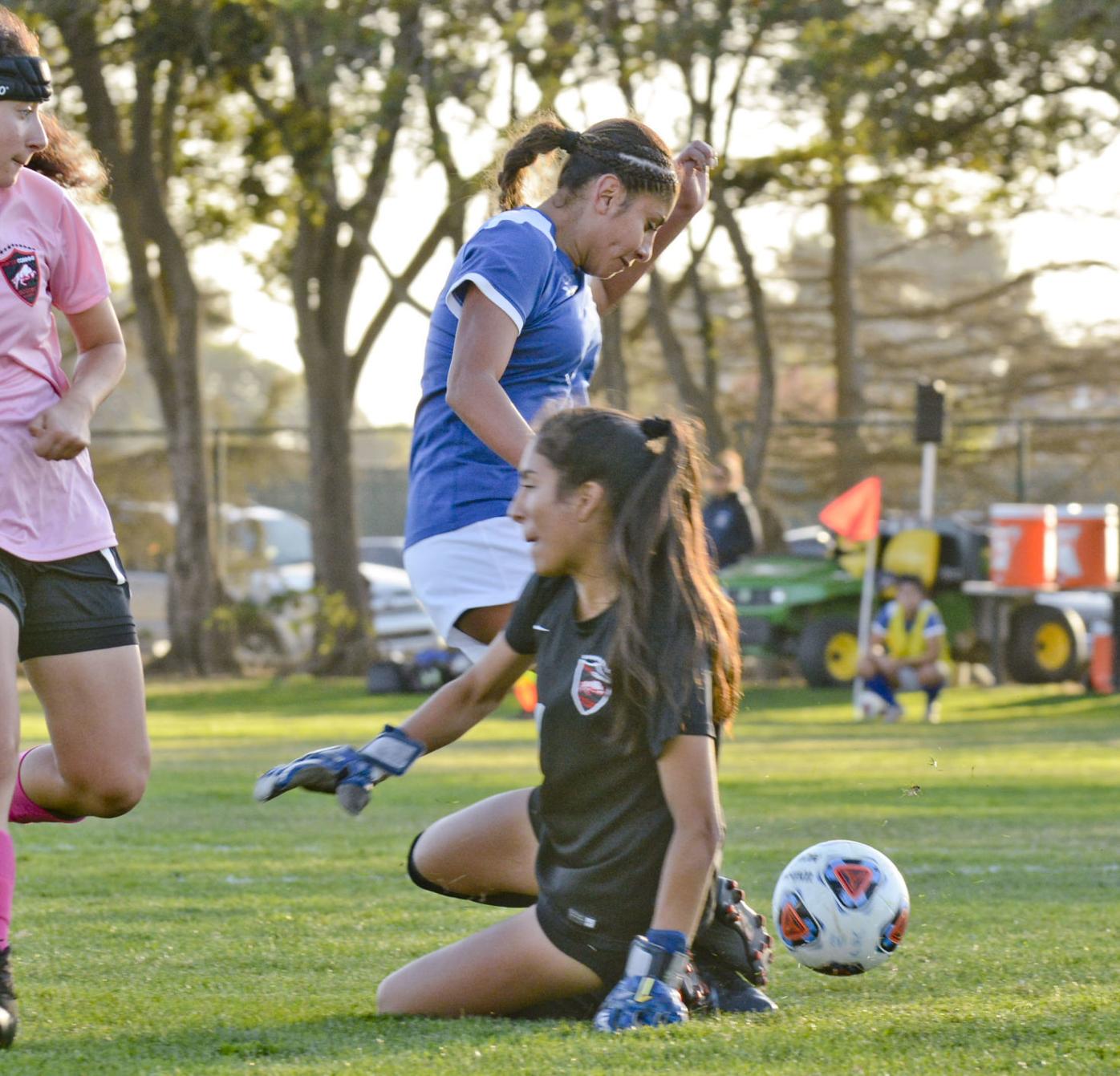 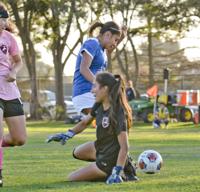 Hancock College's Hannah Montalban and an L.A. Pierce player go for the ball during a game last month. Hancock has made the playoffs for the first time in the program's history.

Hancock College's Kasandra Bright (6) goes up for a ball but inadvertently kicks L.A. Pierce's Makayla Blackburn in the chin. Bright was called for a foul during a game last month.

The Hancock women's soccer team played Saddleback at The Great Soccer Fields in Irvine Thursday in the play-in round of the California Community College Athletic Association (CCCAA) Regional Playoffs.

The Bulldogs lost 3-0. But just them making the playoffs didn't seem possible a few years ago. The Bulldogs, back then, didn't even field a team.

"When (last) weekend came, we were sitting one spot out of the playoffs," Hancock coach Billy Vinnedge, who is also the veteran Hancock men's soccer coach, said during a Wednesday workout. The Bulldogs were due to head for Irvine immediately after the workout.

"I had no idea whether or not we'd get in. The system to determine who gets in is a power points system (strength of schedule plays a big part) that has been around forever," said Vinnedge.

"A lot of things had to happen over the weekend (for us to get in). They all happened."

Center midfielder Elizabeth Aldana, the team's leading goal scorer with 10, and center back Jennifer Perez were two of the potential Hancock women's soccer players in 2017 who wound up without a team. Now, they have themselves a post-season.

Both are third-year students at Hancock who are sophomores in terms of soccer eligibility.

"I'm super excited to be a part of history," said Perez. "From day one, we knew we had some very talented players."

Before the 2019 season started, a Hancock player said the team had high hopes. Now, with a post-season, those hopes have been fulfilled.

"It was a lot of work and dedication," said Aldana. "Even at the end (of the regular season) we thought we didn't make it, but God had other plans for us and gave us the chance to show how what we have for the school and the community."

"The first year we got them (in 2017), the coach had just quit and we spent the rest of that year working with them, getting them ready for the next season," said Vinnedge.

Now, the work has paid off.

The Bulldogs, with an average of exactly one goal per conference game, haven't scored much this year, but they haven't given up many goals either.

Hancock starting goalkeeper Brooke Stewart and her defense had two shutouts in conference play. Backup Damaris Bautista, a freshman who was in goal when Stewart missed the Bulldogs' 1-0 win over Oxnard in their regular season finale, teamed with her defense for another shutout.

"Brooke has definitely been a very important part of our success," said Perez. "She is a field position player (originally), who has played very well at the goalkeeper position."

Stewart was back in action Thursday.

Hannah Montalban and Lissette Calderon were on the wings. Aldana and Brianna Gaona were the center midfielders.

Bright leads the team in assists with five.