The Hancock College defense will face by far its stiffest challenge in weeks Saturday night.

The Bulldogs' defense was sturdy throughout during a third straight Hancock 5-0 Pacific League campaign, never allowing more than two touchdowns in a league game.

In the Western State Bowl at Righetti High School Saturday night, that unit will go up against a Mt. San Jacinto offense in general and a quarterback in particular, Eagles sophomore Brett Virgil, that, on paper at least, has been superior to anything Hancock has faced the last several weeks.

Kickoff is set for 6 p.m. Both teams are 8-2 overall. Mt. San Jacinto, at 3-2, finished third in the Mountain League behind San Bernardino Valley College and Antelope Valley. Hancock, hosting a bowl game for the third straight year, is the third bowl seed in the American Division, Mt. San Jacinto is No. 4.

The Bulldogs' pass rush has improved the past several weeks, and they had better put some heat on Virgil. Virgil has tossed 24 touchdown passes and just seven interceptions. He averages nearly 250 yards passing a game.

Virgil even does some punting, and when he does he's pretty good at it. He's averaged 38 yards on his 10 punts thus far. Hancock sophomore Cade England, an accomplished full-time punter in the Pacific League, averages 38.6 yards a punt.

The two teams both average well over 400 yards of offense. They have taken vastly different routes to get there.

The Eagles, with 202 yards passing a game and 138 yards rushing an outing, have been pretty balanced. The Bulldogs run for 315 yards a game and pass for 87.

The teams average the same amount of points per game, a tad under 37. The Eagles have been good at breaking defenses. The Bulldogs defense has been good at not breaking. Hancock gives up an average of just 14 points a game.

Hancock has anchors at every defensive spot on the field, including Jackson Valencia up front, linebackers Richard Goldhammer and Honus Wagner, and defensive backs EJ Barrera and Seth Matthysse.

The Bulldogs, with a grind-it-out running attack with a big between-the-tackles running emphasis, consistently wore down defenses in the second half this year with a productive five-back rotation and a big, powerful offensive line.

Providing it isn't far behind at halftime — and it hasn't been all year — Hancock figures to try to do the same to a Mt. San Jacinto defense that yields an average of 161 rushing yards and 24 points a game.

Both teams finished the season with multiple league leaders. Besides Smith, Hancock's DJ Whitmill led the Pacific League in rushing at 95 yards a game. Besides Virgil, Mt. San Jacinto's CJ Sullivan led the Mountain League in touchdown receptions with 12.

Hancock quarterback Matt Garcia doesn't pass much, but he's been effective when he does. He has some reliable targets, wide receivers Rahsaan Young and Cajon Lakes, and tight end Jerome Afe.

This is another in a series we are putting together highlighting the top games of the past 20 years. Today, we take a look at Hancock's 2019 season-ending win over Mt. San Jacinto, giving the Bulldogs another bowl game win to cap another impressive season. 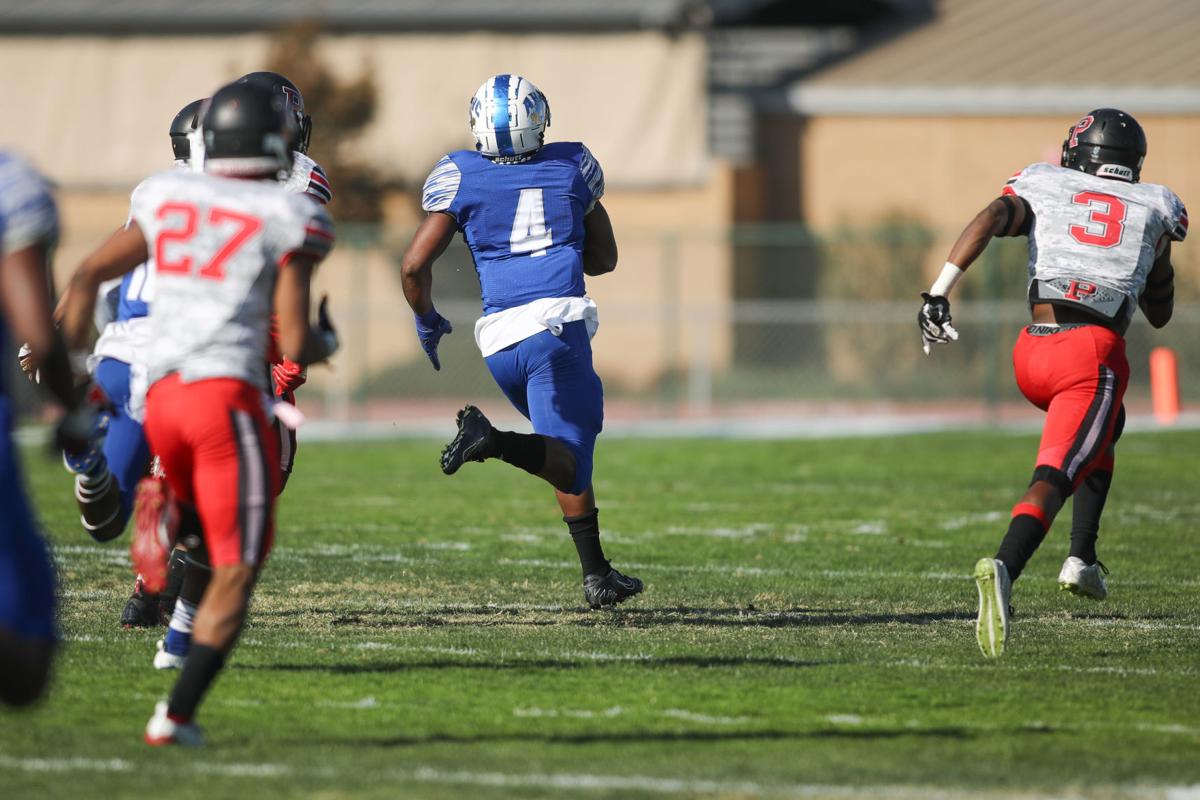 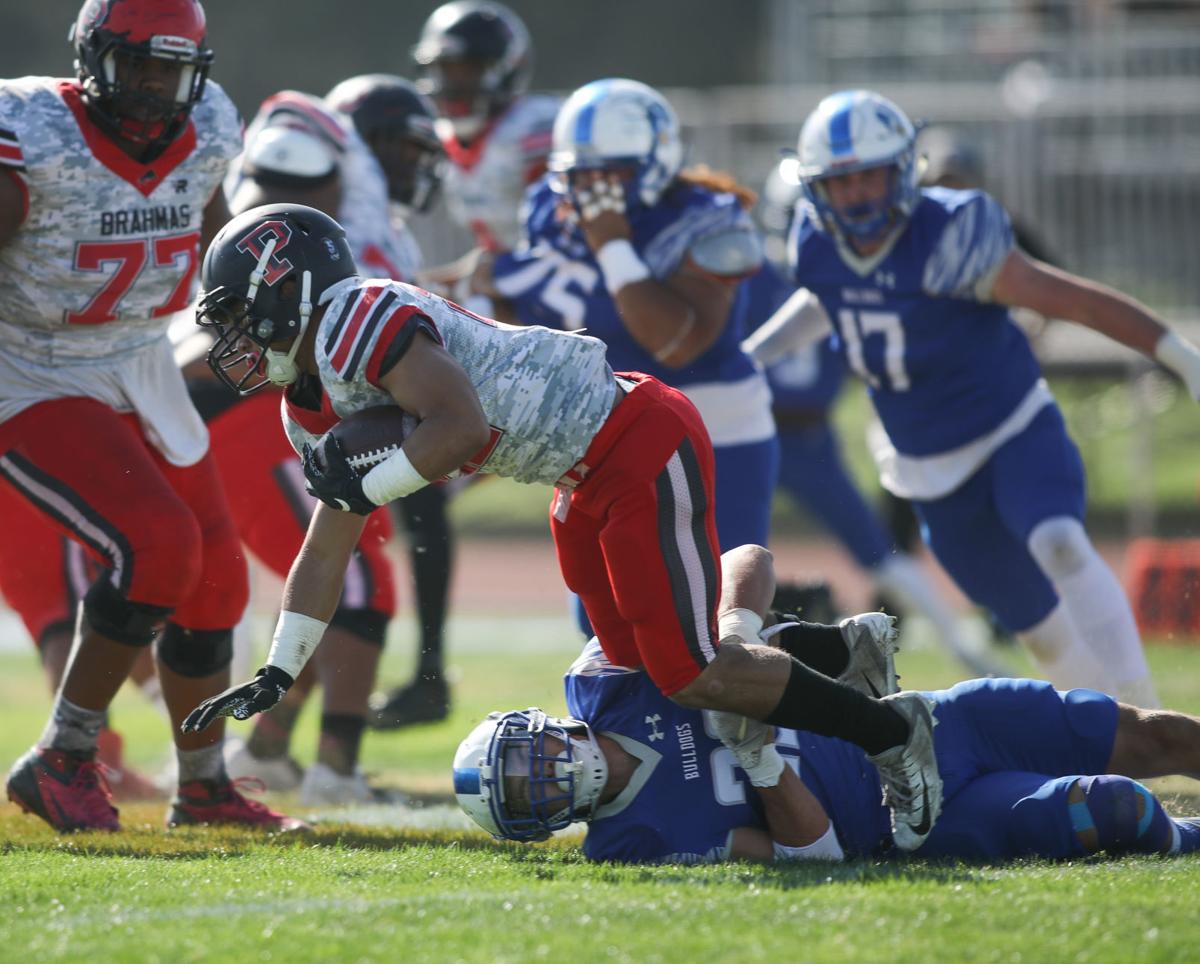 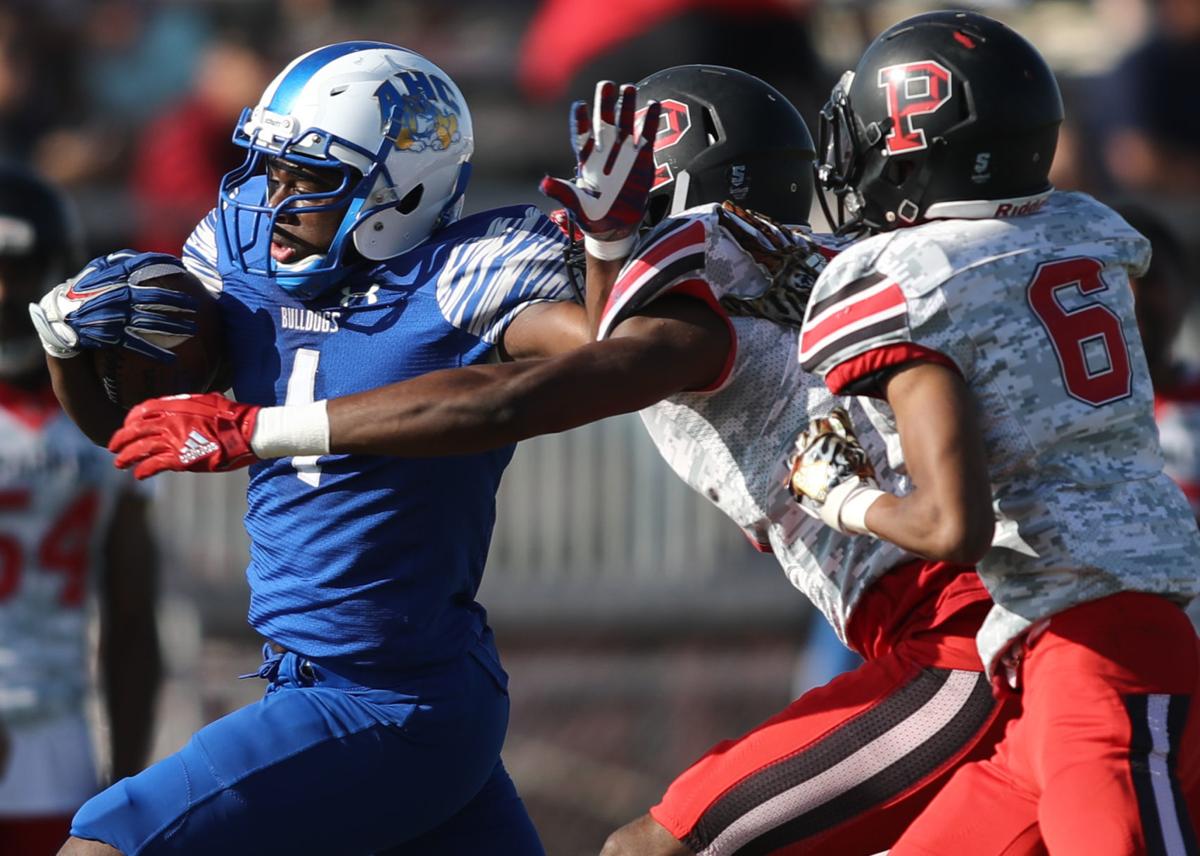 Hancock's Eddie Battle (1) fights off LA Pierce tacklers during a game against LA Pierce on Nov. 9. Battle was named the Athlete of the Week for his 114-yard performance against Pierce. 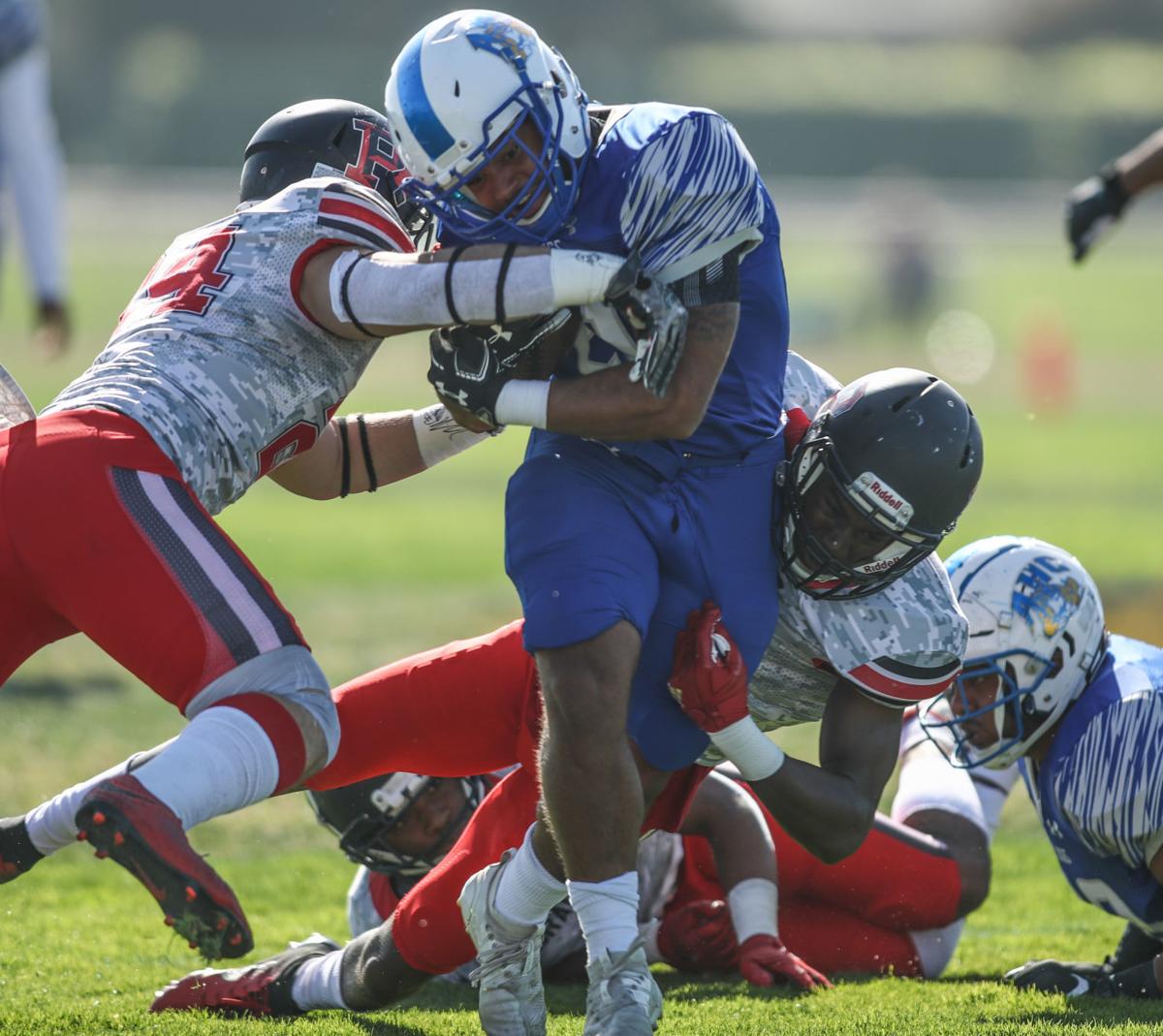