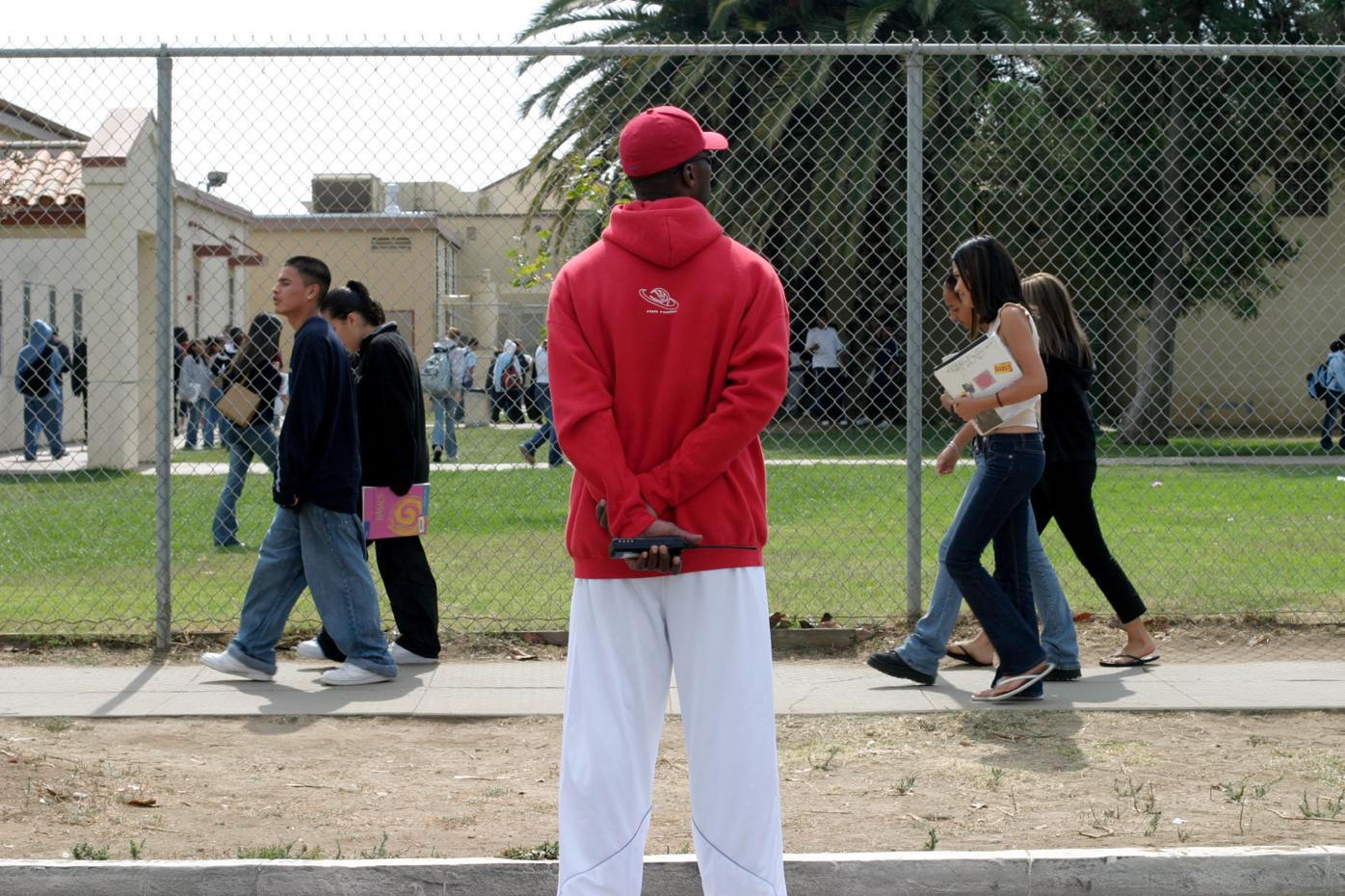 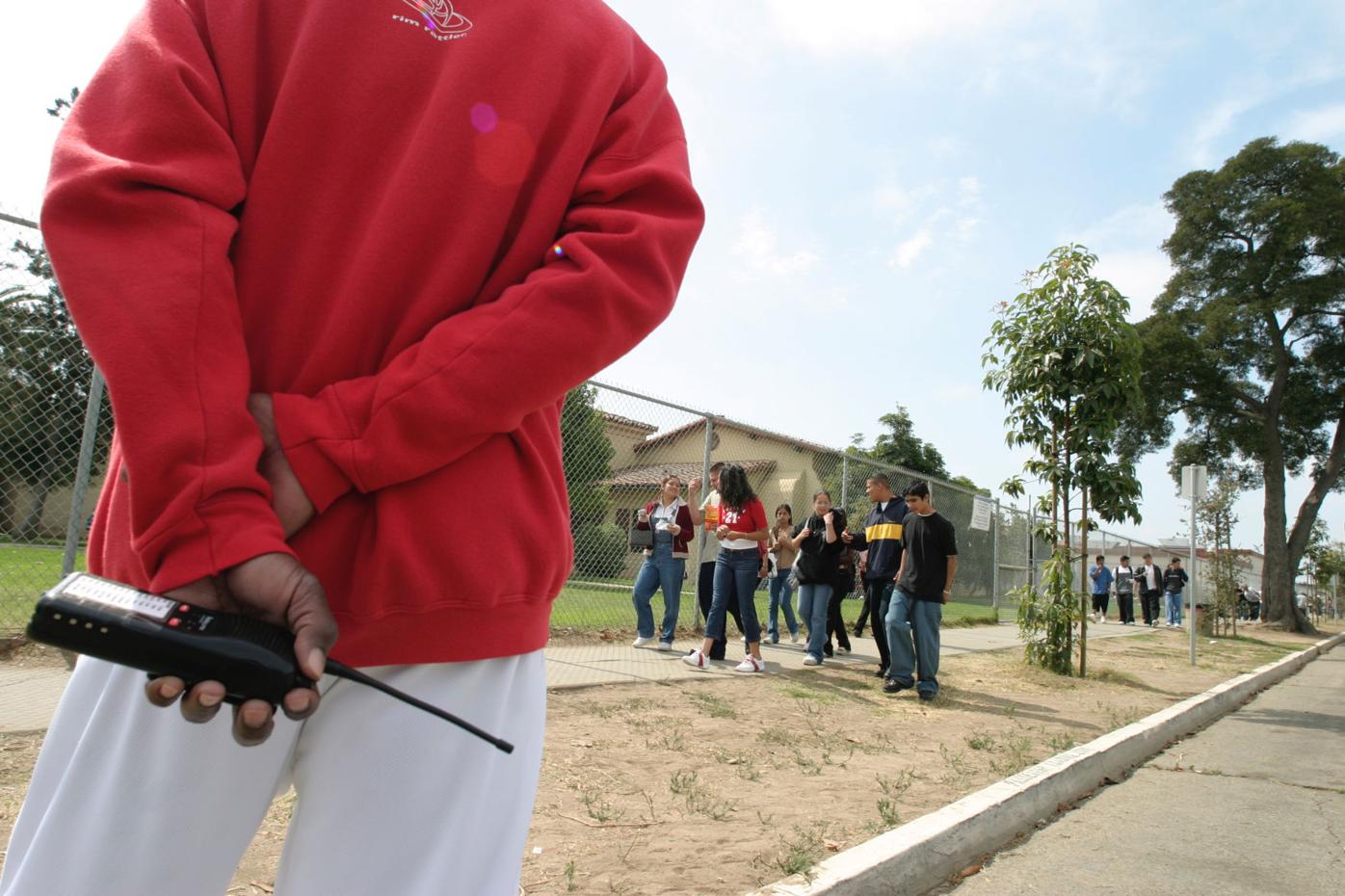 Though Butler was an on-campus security guard and disciplinarian, he was known equally to those who got in trouble and those who did not. Tragically, Butler died suddenly in 2010 at the age of 45.

During his days on the Santa Maria High campus, Butler made friendly connections with students walking through its halls.

There was something else special about the tall, affable man who watched over the Santa Maria campus: He was once a basketball star at Hancock College who came to the area from his native Philly in the 1980s.

Butler grew up in North Philly and attended Edison High School where he was a standout basketball player, graduating with the class of 1983. Butler once scored 22 points and grabbed 22 rebounds in a brutal quarterfinal playoff win over Mansion High, according to Ted Silary of the Philadelphia Daily News, who reports that Butler didn't pick up organized ball until the ninth grade.

"Edison High was the worst in terms of facilities, but the best as far as basketball and sports," Butler once said.

He then joined the Army as an 18-year-old and toured parts of Europe, continuing to play basketball in the military.

The 6-foot-5 post player then had a choice to make: Leave basketball behind and moving on with his life or giving it one more chance. Butler decided to keep his dream alive and came to Hancock College in 1988 to play for Bob White.

As a 22-year-old college freshman during the 1988-89 season, Butler was an experienced and savvy leader, according to coach White.

"(Terry) has been playing outstandingly. He gives us the maturity we need. The guys really look up to him," White said in a Dec. 20, 1988 story in the Times from Jeff DuBransky. Butler averaged 25 points and 10 rebounds a game that year.

Mike Gilless, a sophomore in '88, once said of Butler: "When we need a basket, we look for Terry."

Butler grew up playing at the renowned parks and rugged street games in Philadelphia, on the same courts as friend Hank Gathers and Pooh Richardson or Dallas Comegys, while looking up to Julius Erving, who played for the 76ers.

"I admired the things he stands for -- a family man, caring and down to earth, first -- and then the style of ball he plays, second," Butler once said of Dr. J.

Butler also had an affinity for Charles Barkley, another 76ers star. "He is my height and build," Butler said of Barkley, according to DuBransky. "Just seeing him being able to hang with the big NBA players makes me believe I can hang with the bigger college players I face."

Butler nearly never arrived at Hancock College. After spending a few years in the Army, where he was trained in artillery and infantry, Butler was thinking of reenlisting.

"I was ready to go back into the service and abandon my lifelong dream of playing college ball," Butler told DuBransky in 1988. "But, you know what is said, 'Good things come to those who wait."

Good things came for Butler. Who earned All-State recognition twice at Hancock and was named the All-Coast Valley Conference co-MVP in 1990. Butler was also an All-American that year. He averaged 21.7 points and 10 rebounds a game as a sophomore and signed with New Mexico State. Butler did not have a good experience at New Mexico State, suffering a knee injury during a slam dunk contest and feeling the coaching staff put their success ahead of his own health.

By 1994, Butler was back in Santa Maria and working at SMHS.

"I wish I could've gone to Hancock four years because once I left, I realized the good program that White has. When I went to New Mexico State I was just a number -- there were four or five other All-Americans just like me. It was impersonal there, not like Hancock," Butler told Times' sports writer Joey Kulkin while serving as Santa Maria's basketball coach.

Butler continued to work at Santa Maria High until his unexpected passing in May of 2010.