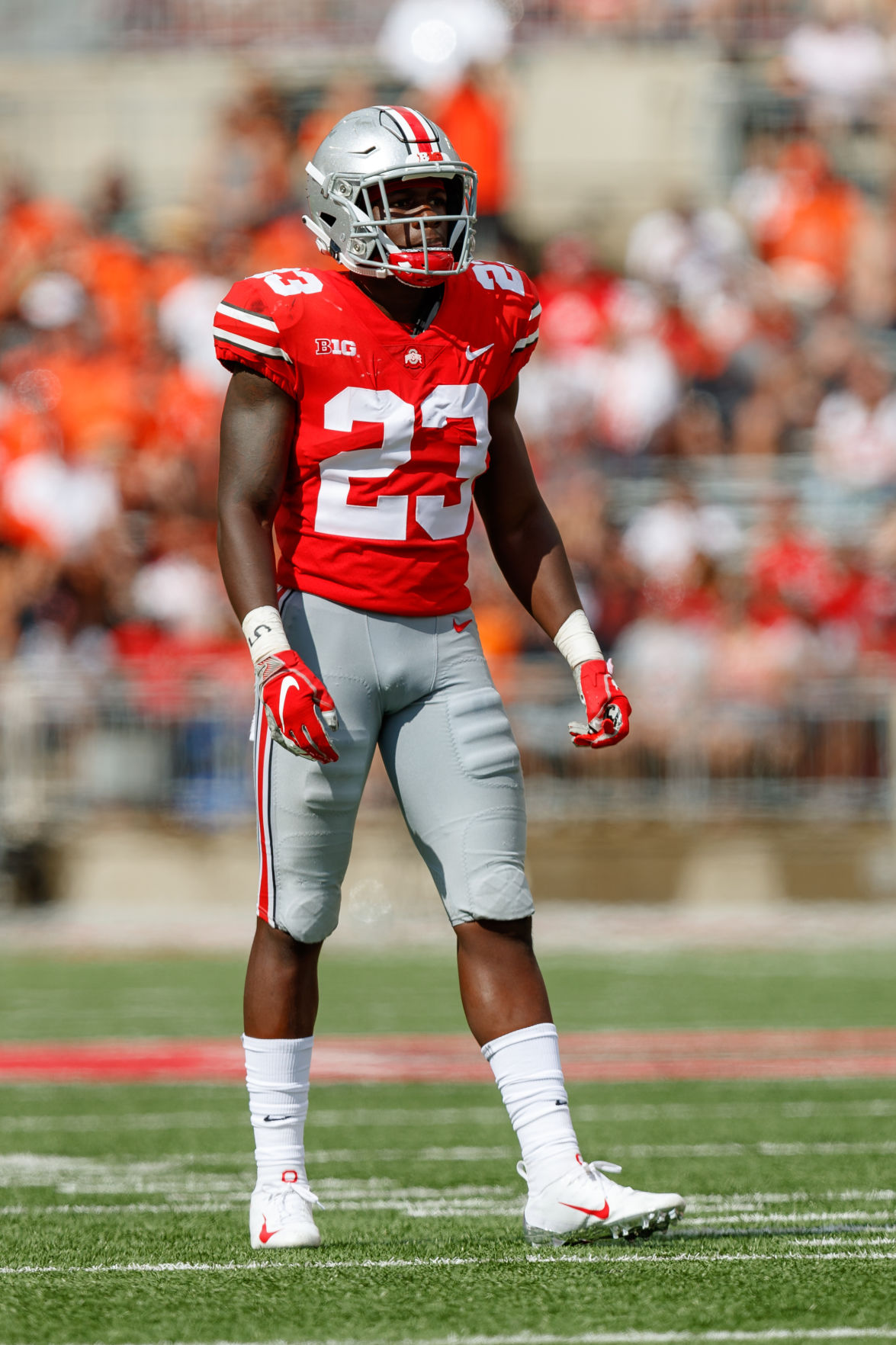 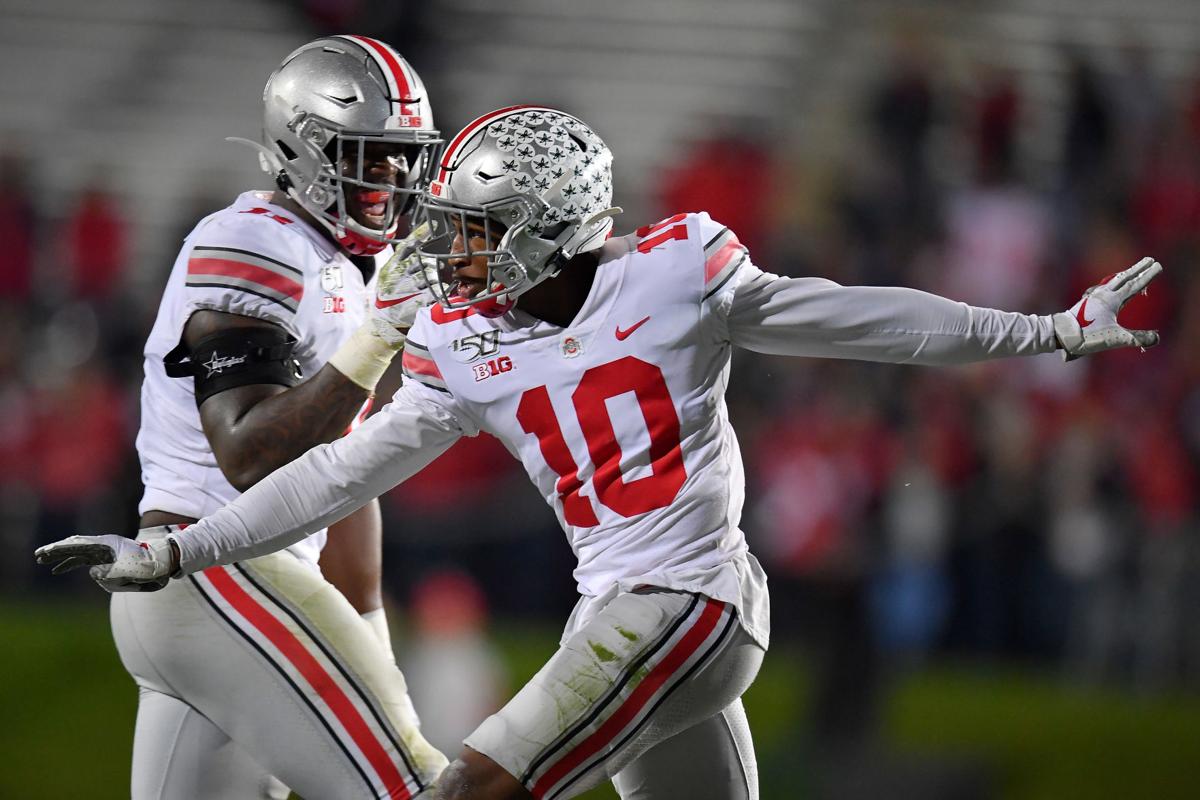 EVANSTON, ILLINOIS - OCTOBER 18: Amir Riep #10 of the Ohio State Buckeyes celebrates after his interception in the second half against the Northwestern Wildcats at Ryan Field on October 18, 2019 in Evanston, Illinois. (Photo by Quinn Harris/Getty Images/TNS)

COLUMBUS, Ohio - Two defensive players for the Ohio State University football team have been charged with rape, accusing them of participating in the sexual assault of a woman.

Amir I. Riep, 21, and Jahsen L. Wint, 21, were charged late Tuesday by Columbus police with rape and kidnapping in warrants issued for their arrest.

Riep is a 6-foot-1, 185-pound cornerback entering his senior season while Wint is a 6-foot, 198-pound redshirt senior safety, according to court documents and the Ohio State Buckeyes website.

Riep had not been served with his warrant as of late Tuesday night, according to court documents.

The incident is alleged to have occurred the evening of Feb. 4 at the Sawmill Place Boulevard apartment that Riep and Wint share on the city's Northwest Side.

An affidavit filed by Columbus police alleges this is how the incident occurred:

A woman was hanging out with Riep at the apartment when they began to engage in consensual sex.

The woman stopped, moved away and told Riep she didn't want to continue. Wint then entered the room and asked if he could join.

Wint then allegedly grabbed the woman by the neck and forced her onto her hands and knees and then raped her.

Riep then held her in place by the hips and with his body, while Wint forced oral sex.

The woman pushed Wint away but he forced her again to have oral sex.

After several minutes both parties stopped and Riep told the woman that she needed to say it was consensual on a video recording.

Riep then recorded her asking if he wanted her face on the video, since she was crying. " ... And he told her no, just say it was consensual" on video recording while laughing at her."

After telling she needed to take a shower, Riep then drove the woman back to her residence.

"We are aware that two of our students have been arrested and criminally charged. They have been suspended from all activities involving the football program. We will share more information when available."

According to the Buckeyes website, Riep is majoring in sport industry and has played in 26 games and has 13 tackles. He was a unanimous 4-star prospect from Cincinnati.

Wint is majoring in human development and family science. He is in his fourth season with the program, though he red-shirted the 2016 season and is a junior in eligibility, according to the website. He was a 4-star prospect and rated as the Number 1 athlete in New York state by ESPN and the No. 1 safety prospect by Scout.

EVANSTON, ILLINOIS - OCTOBER 18: Amir Riep #10 of the Ohio State Buckeyes celebrates after his interception in the second half against the Northwestern Wildcats at Ryan Field on October 18, 2019 in Evanston, Illinois. (Photo by Quinn Harris/Getty Images/TNS)