COTO DE CAZA, Calif. -- Austin Liu's 68 in the opening round and a 72 by Tanner Podres in the suspended second round helped the Cal Poly men's golf team to a 13th-place finish among 17 schools competing in the Orange County Collegiate Classic on Tuesday.

The final four to six holes of the second round, suspended due to darkness Monday, was completed Tuesday morning, followed by the final 18 holes.

San Francisco and Cal State Fullerton both finished with 12-over-par 876 totals to share the team championship. The host Titans overcame an eight-stroke deficit with a 283 total.

Liu finished fourth in par-3 scoring at one under par. He posted one eagle on the 555-yard sixth hole in the opening round. Podres was second in the field of 93 golfers with 36 pars. 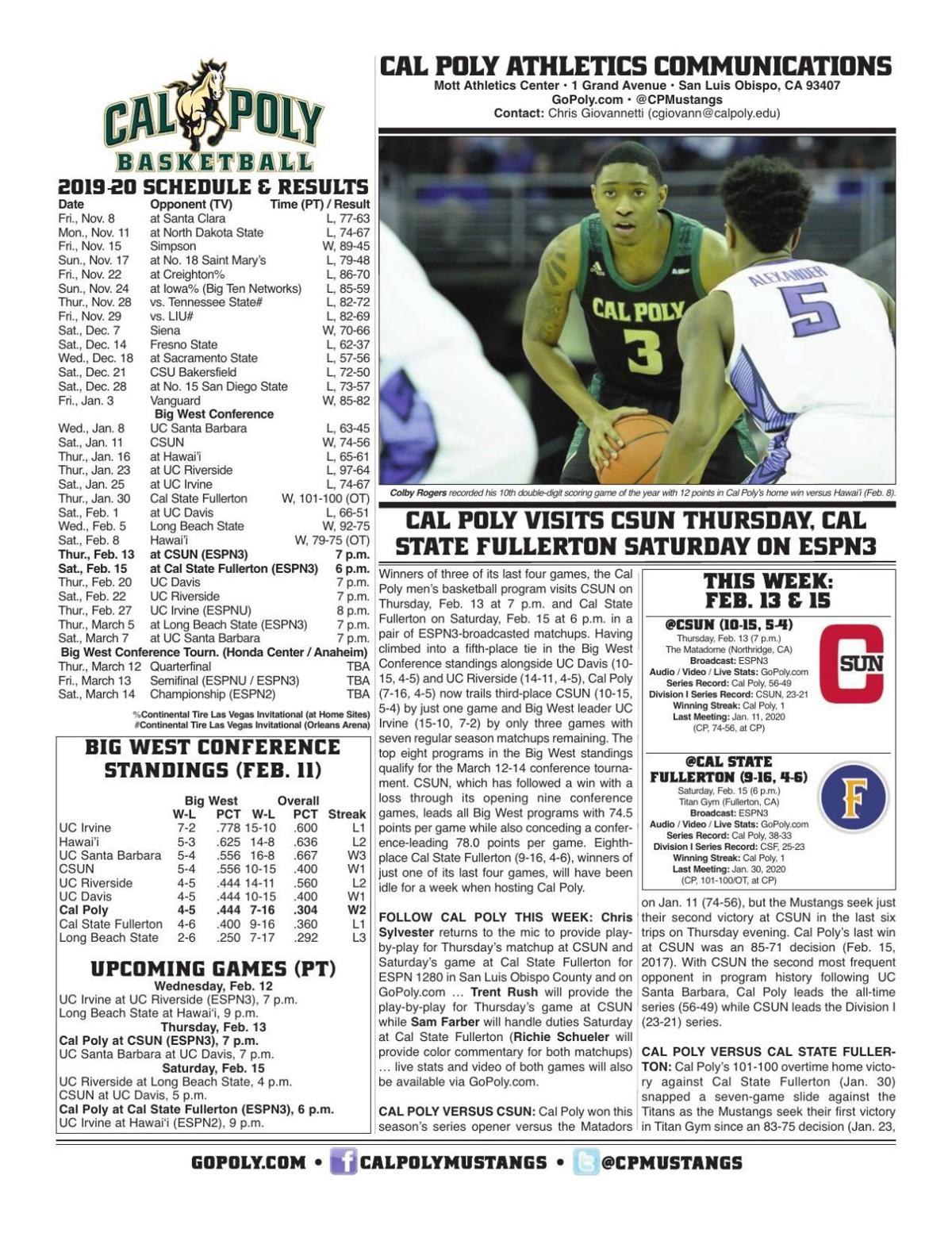