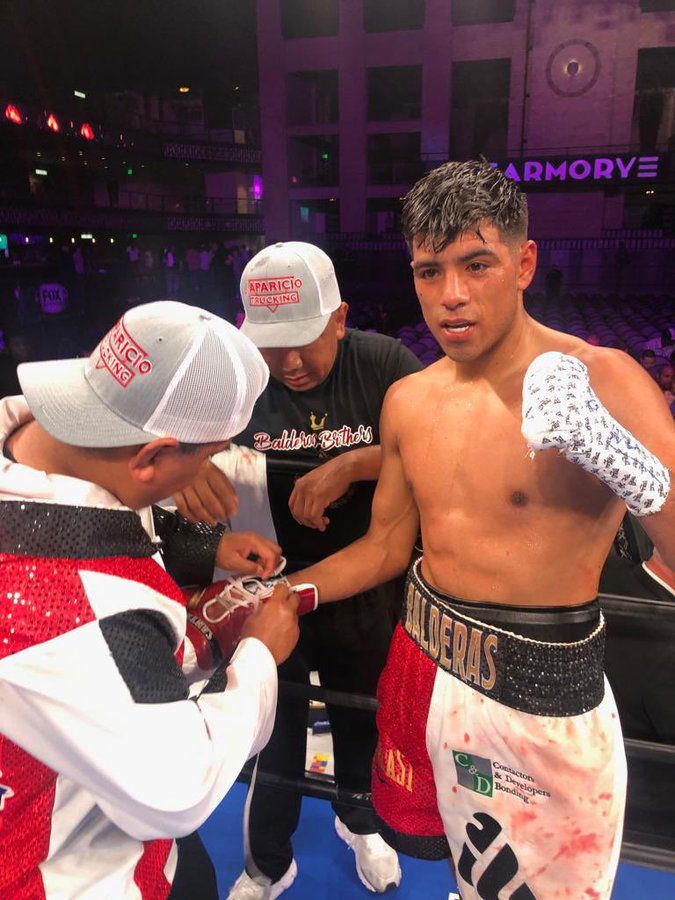 Santa Maria's Karlos Balderas scored a TKO win Saturday night in Minneapolis, though the undefeated fighter suffered a fractured hand in the victory. 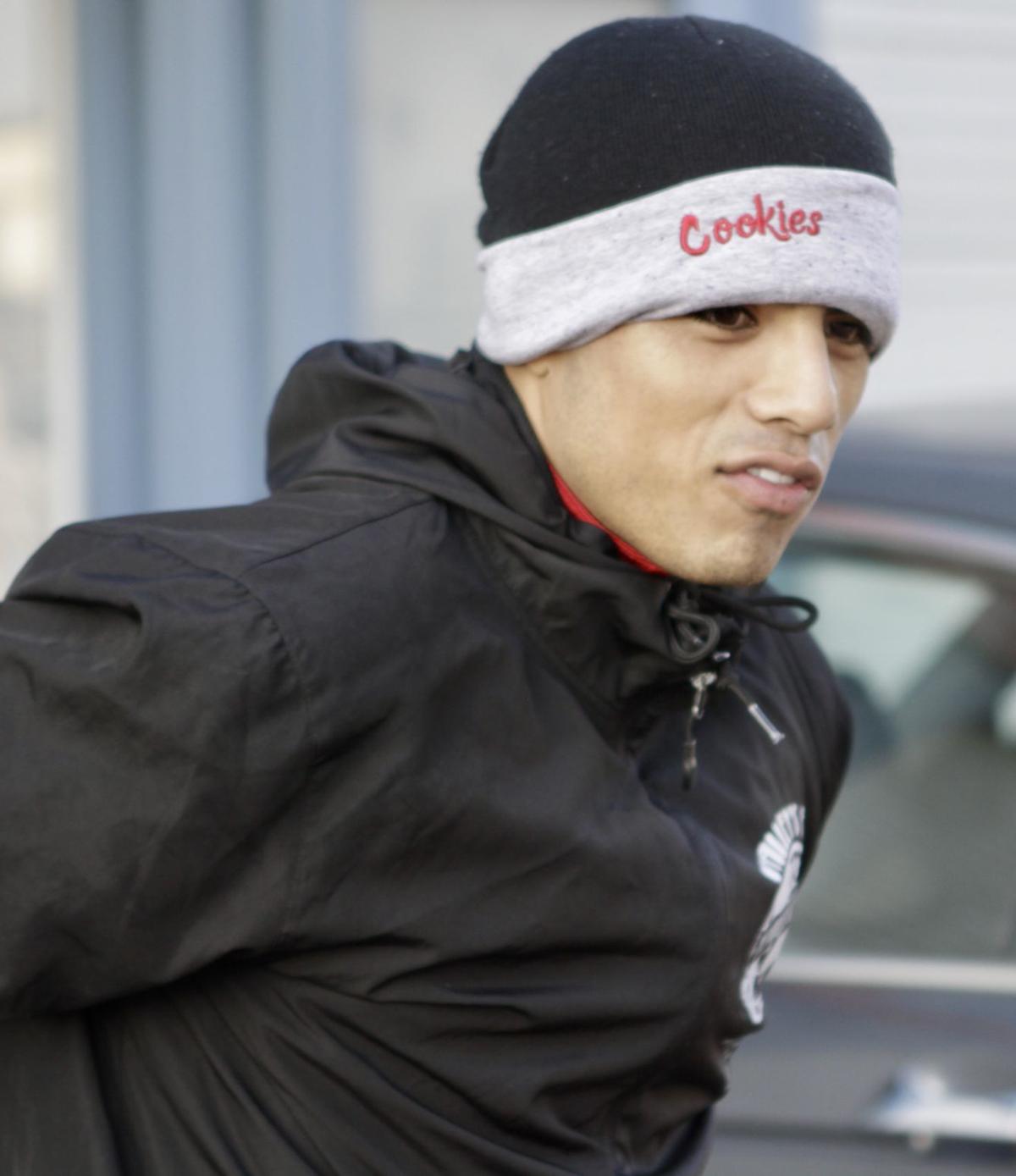 He didn't lose the fight, however.

Balderas, who fought Robert Frankel Saturday in Minnesota, says he feinted toward his opponent, then landed a solid right hand to the top of Frankel's skull.

Upon impact, Balderas immediately knew his right hand was injured.

Part I: 'If you want it, you have to work for it.' Santa Maria fighter John Leo Dato hopes to follow in the footsteps of his idol, Manny Pacquiao

Still, Balderas continued on with the fight. He eventually scored a TKO win over Frankel in the seventh round.

Right away I heard a crack and my hand was got real swollen," Balder said. "Just like that in the first round. He ducked his head, I threw a right hand, it landed right on his skull."

Balderas says he went to get X-Rays and will schedule an MRI later to monitor the injury. Doctors told Balderas there was a fractured bone in his right hand.

"I was in pain. I couldn’t even throw my right hand and I knew I wasn’t myself," Balderas told the Times.

Balderas' trip to the northern United States didn't go exactly as planned. When he left Santa Maria in the middle of last week, he was expecting to fight Joshuah Hernandez after he landed in Minneapolis.

But Hernandez pulled out of the fight at the last minute and Frankel was chosen as a late replacement.

Balderas said he learned a lot from the entire ordeal, with his opponent dropping out and having to grind out a win despite a major injury to his dominant hand.

"It's a learning experience. It's unfortunate that it happened, but this will all help me in a 12-round fight later on," Balderas said. "I could have allowed this to get to me and it could've cost me the fight. But I had to adjust to it. There was a lot to deal with in this fight. The opponent, then my fight wasn’t televised. I don't know what happened there.

The Balderas-Hernandez bout was scheduled to be a major part of the Premier Boxing Champions broadcast on Fox Sports 1. But after Hernandez pulled out the bout was pulled from the airwaves.

"We’ll just see what happens next," Balederas said. "I should be coming back in September, or late August. I think this fight was good overall, I didn't really take any punishment, aside from the injury."

The win improved Balderas' career record in the ring to 9-0. He now has eight career knockouts. It's the longest bout of his career, going seven rounds. Balderas has now fought 26 professional rounds and scored a knockout in 89 percent of his pro bouts.

Part II: A look at John Leo Dato's style in the ring as his perfect record, and a chance at boxing stardom, are on the line in Las Vegas

John Leo Dato is a brawler. The Filipino featherweight is an aggressive fighter who likes to deliver as many punches as he takes. Tony Ojeda, one of Dato's two trainers, has spent the last few months trying to craft Dato into a more refined fighter.

The 2019 high school football season is underway — at least for game officials. The Los Padres Football Officials Association (LPFOA) kicked off its season with its first meeting in the Forum at Nipomo High School. “Tonight we’ll get all the game officials registered for the new school year and start classroom instructions,” said LPFOA President Bob Rollins. “We had 67 referees and officials last year. We’re hoping to get 75 this year.”

Eddie Navarro got the gang back together again Sunday at the Santa Maria Elks Lodge.

Who's On Deck? Chad De La Guerra should be the next local to make the majors

Chad De La Guerra is on a tear.

The 26-year-old is hitting well over .300 in 44 games for the Boston Red Sox' Triple-A affiliate in Pawtucket.

And it appears the infielder is on track to be the next Central Coast native to make the majors.

Team Dato is taking over Las Vegas. John Leo Dato is fighting for the first time in Sin City Saturday night and the Santa Maria fighter is rolling deep at the MGM Grand. Dato is fighting Juan Antonio Lopez in a featherweight bout. Dato weighed in at 127.5 pounds.

Boxing: Brothers Karlos and Jose Balderas aim to end the year in style

The Balderas brothers are aiming to end 2019 with a bang.

Two duo from Santa Maria will enter the ring for the final time this year Saturday night at Ontario's Toyota Center in Southern California.

Santa Maria's Karlos Balderas scored a TKO win Saturday night in Minneapolis, though the undefeated fighter suffered a fractured hand in the victory.