The legendary Harlem Globetrotters are bringing their “Pushing the Limits” World Tour to Hancock’s Santa Maria Campus on Thursday.

No one is more excited than KT’s kids.

The young athletes from Santa Maria’s KT’s All-Star Gymnastics will be sharing the Globetrotter’s spotlight.

“The Globetrotters called us and asked us if we’d do their halftime show,” said Katie Eckinrode, the owner of KT’s All-Star Gymnastics. “They had done some research and selected us. The kids are super excited.”

The gymnasts will perform a three-minute routine during the intermission.

“We’ve got a total of five minutes for everything — getting the mats on the floor, performing the routine and then getting the mats back off the floor — so that leaves us about three minutes to perform,” said Eckinrode. “It’s going to be a challenge but we’ve got a good show planned for them.

“We’ll be doing stunts, tumbles, dance and flipping. We’ve got some cool flipping stunts that we’re going to be doing.”

Eckinrode is bringing her girls’ competitive team, 21 girls between the ages of seven and 13.

“We’ve been practicing for this three days a week,” said Eckinrode. “Our boys’ team isn’t available because it will be at a state tournament the next day.”

The Globetrotters are in their 94th season, getting their start on the south side of Chicago on Jan. 7, 1927.

While they are world famous, most of the girls had never heard of them until KT’s got the invitation.

“Most of the kids were like “Who?” said Eckinrode. “Some of them had heard of the Globetrotters but didn’t really know much about them.

“Their parents all knew who they were. I did, too, which makes me feel kind of old. So I showed the kids some videos and now they all think the Globetrotters are super cool.”

This group of Globetrotters is one of three currently touring the country — the Red, White and Blue Units.

While the others will be performing in New Jersey and Texas, this squad, the White Unit, is making a West Coast swing with stops in Salinas the day before and then moving on to San Diego the day after their Santa Maria stop.

“We are incredibly excited to welcome the Harlem Globetrotters to Allan Hancock College,” said Hancock Athletic Director Kim Ensing. “We want to invite everyone in the community to join us for this one-of-a-kind, family-friendly event.”

While word has recently been spreading about the Globetrotters’ appearance, the show has been in the works for months.

“They contacted us in April of 2019. They have to line up their travel about a year in advance,” said Ensing. “They are trying to play in as many communities as they can all across the state — not just the big cities. We’re the lucky choice on the Central Coast.”

While KT’s is creating its own unique halftime show, the Globetrotters are taking care of the rest.

“They have the whole thing choreographed,” said Ensing. “They bring their own announcers, their own opponent (the Washington Generals), merchandise booths and pretty much run the entire production but we will run our concession stand. We get to make a little money off that.”

Fans can get even more out of their Globetrotter experience with the Magic Pass, a 30 minute pregame event where fans have the opportunity to spend time on the court with the Globetrotters — shooting, trying out ball tricks and getting autographs and photos.

And after the game, there’s “The Fifth Quarter” with the Globetrotters giving out more autographs and selfies for the fans.

“This will put a lot of people in the gym,” said Ensing. “It’s good publicity for Hancock. It will get people on campus and, if they like it, maybe some of them will decide to go to college here.”

Tickets for the game are on sale at www.harlemglobetrotters.com.

Solvang Elementary School third graders are participating in a global event in honor of Martin Luther King Jr. and his 40 Days of Peace message. 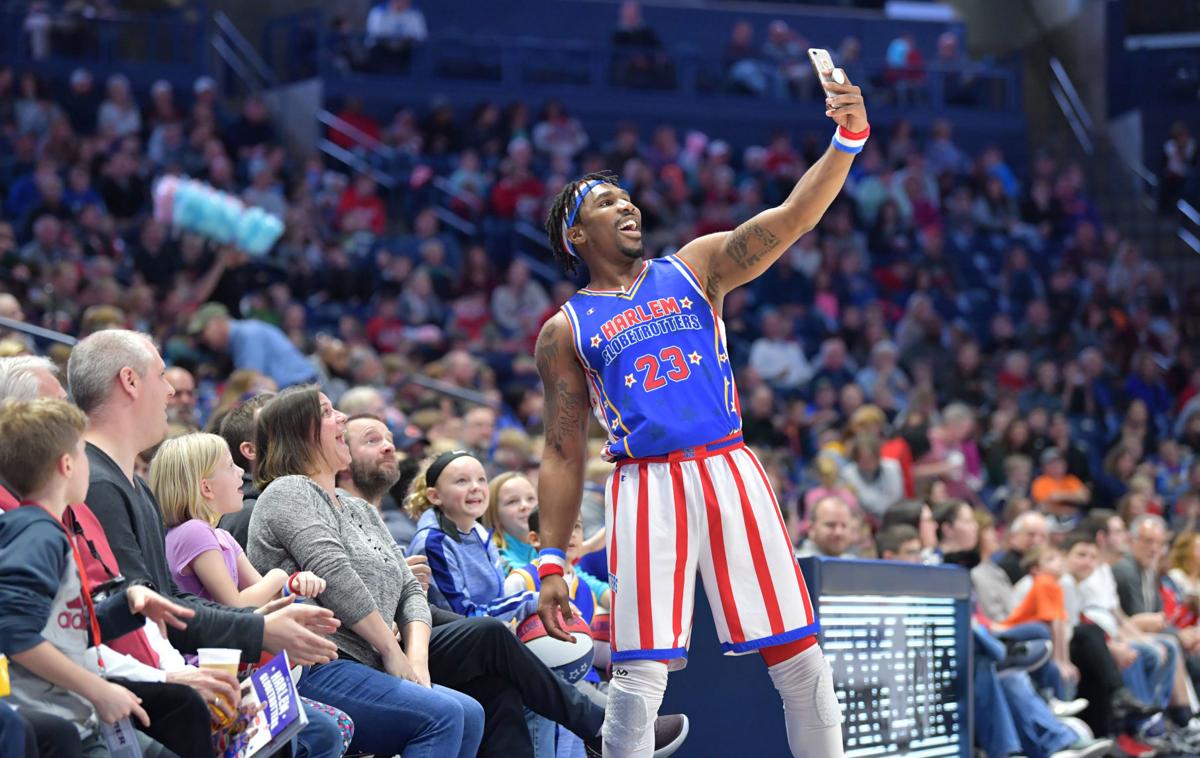 The Harlem Globetrotters' Thunder Law take a break from the action to take a selfie with fans during a Dec. 29, 2018 game at Xavier University's Cintas Center in Cincinnati. 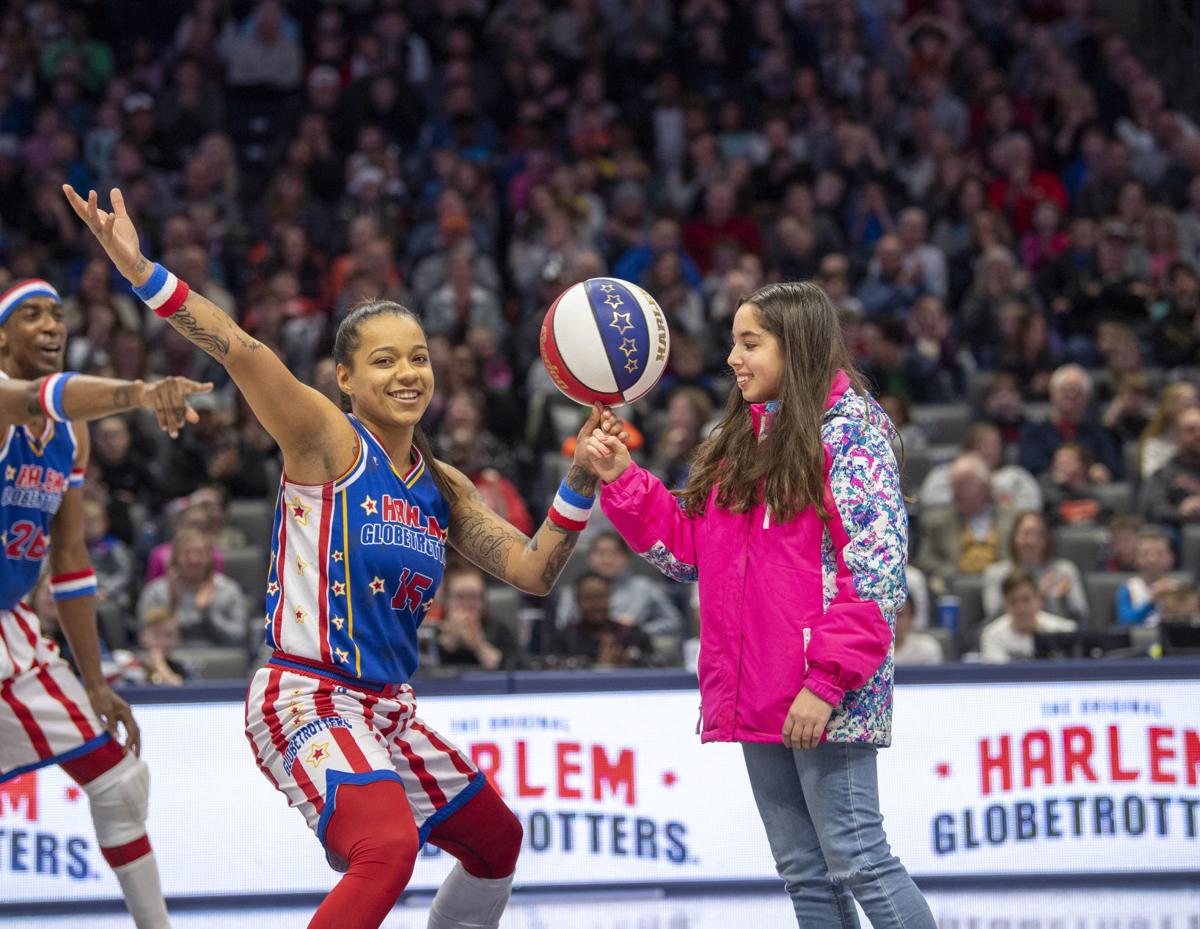 The Harlem Globetrotters' Ice Hrynko teaches a young fan how to spin a basketball on her finger during a Dec. 29, 2018 game at Xavier University's Cintas Center in Cincinnati. 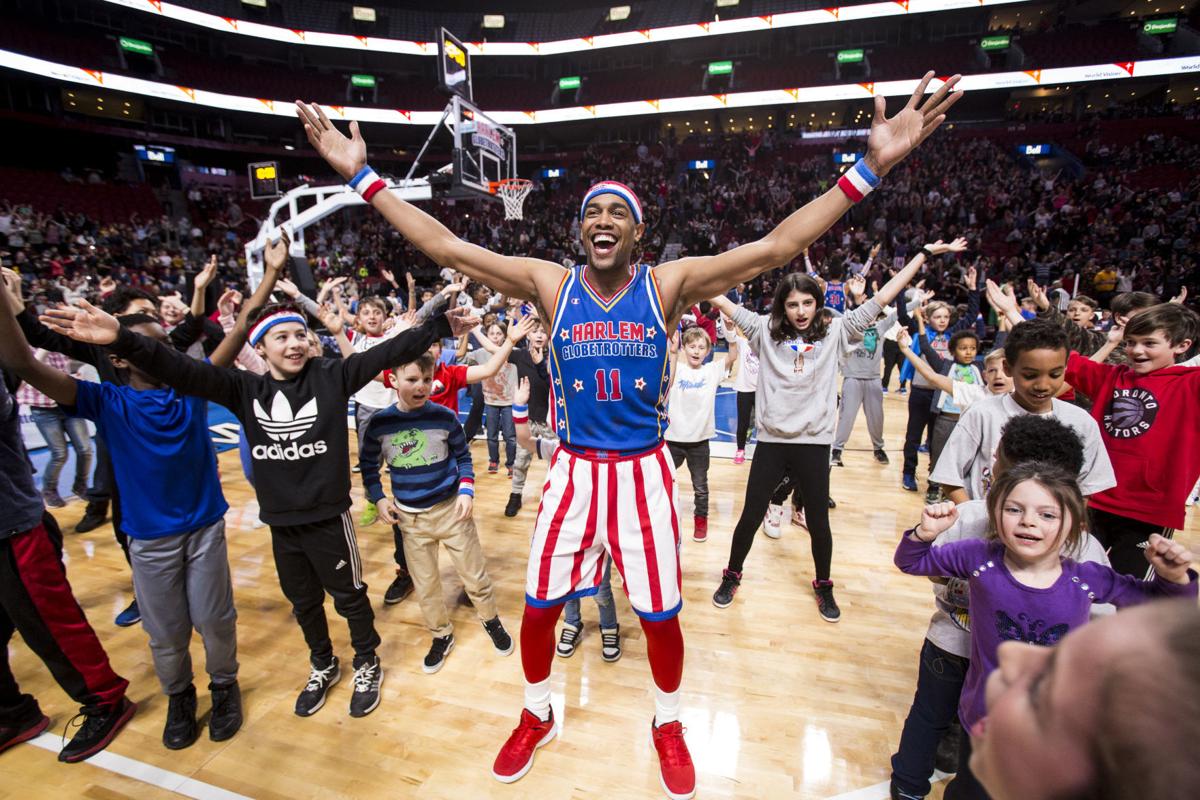 Harlem Globetrotter Cheese Chisholm teaches a group of children how to celebrate making a basket during a March 29, 2019 game. Chisholm and the Globetrotters' White Team are coming to Hancock College on Thursday, Feb. 13. 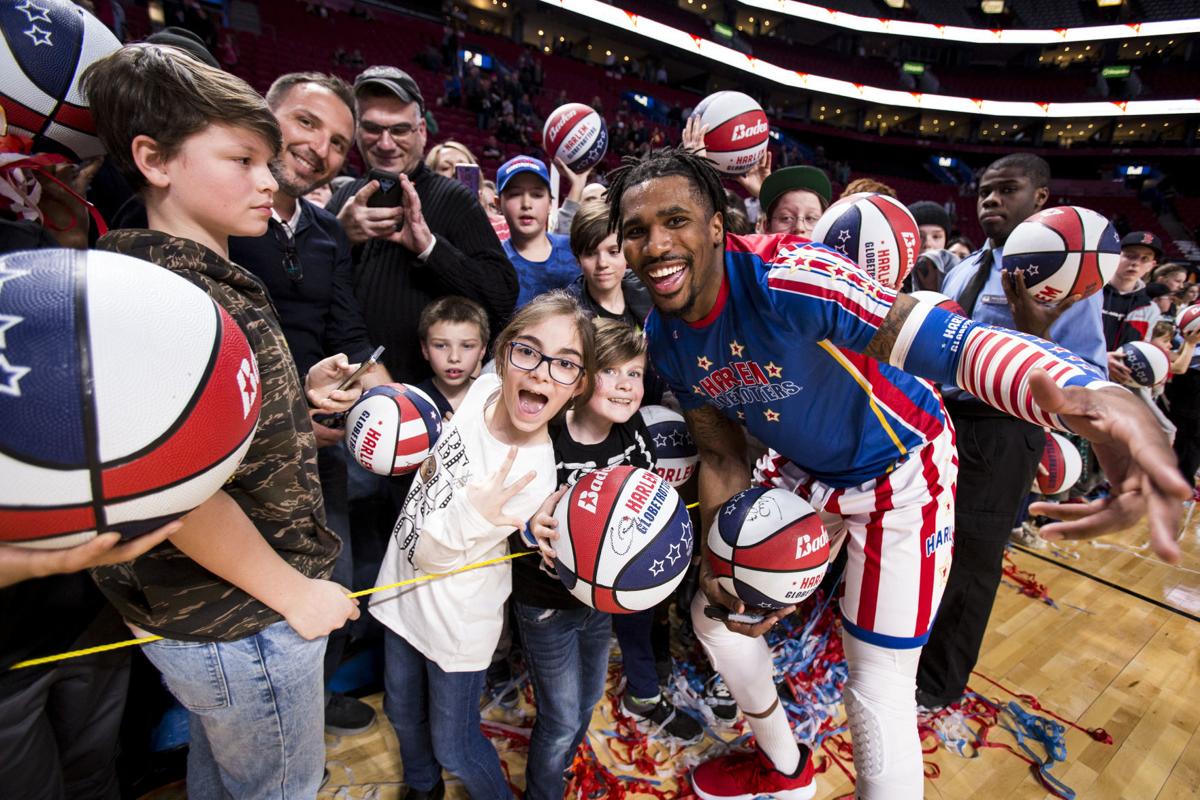 The Harlem Globetrotters Thunder Law celebrates another win with fans after a March 29, 2019 game in Montreal 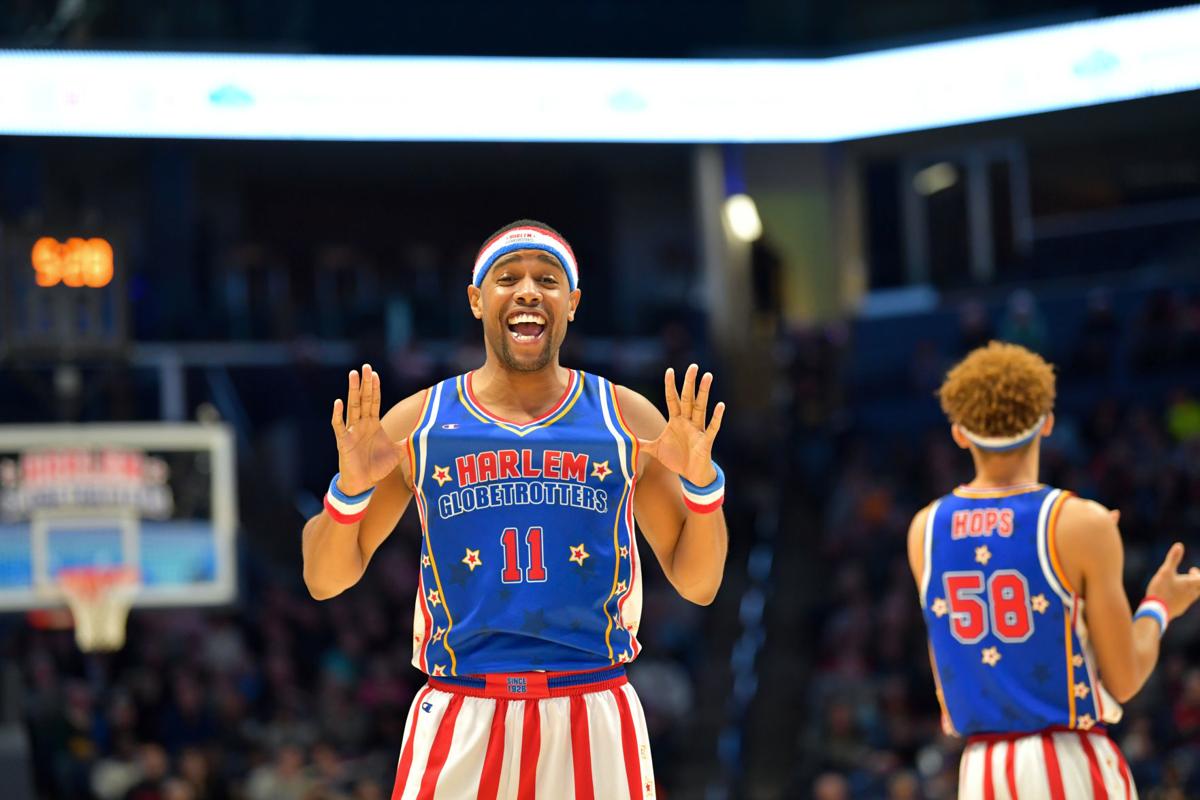 Harlem Globetrotter Cheese Chisholm mugs for the camera during a Dec. 29, 2018 game at Xavier University's Cintas Center in Cincinnati. Chisholm and the Globetrotters' White Team are coming to Hancock College on Thursday, Feb. 13.