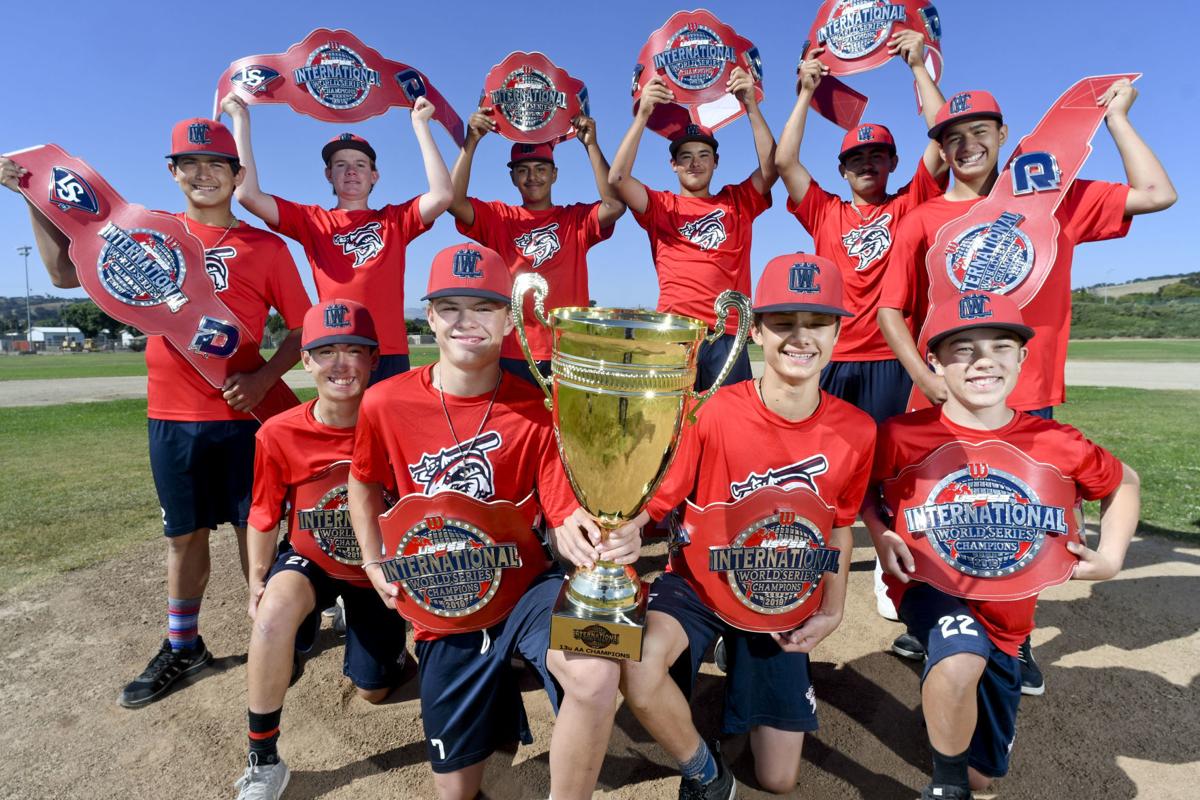 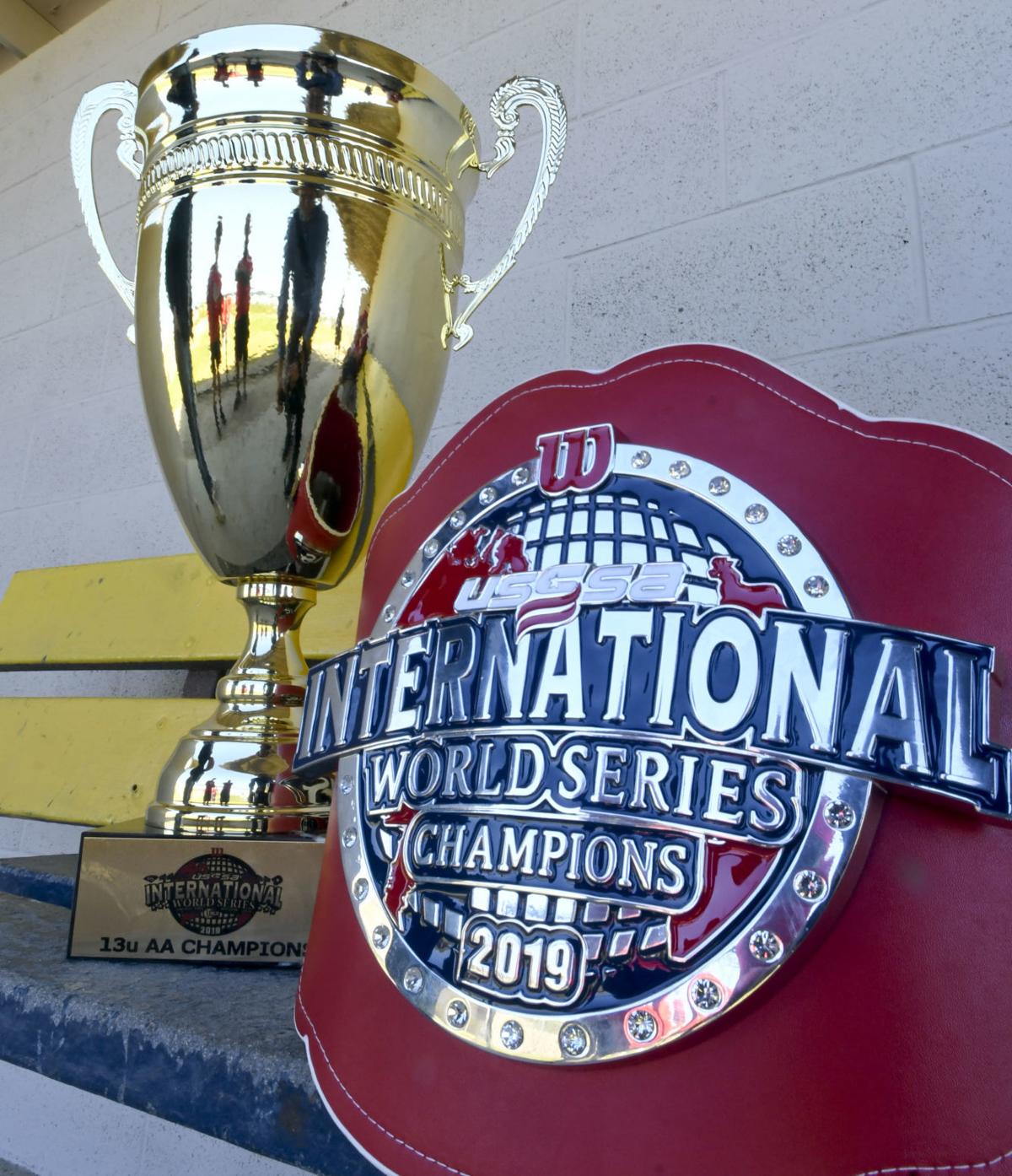 The trophy and championship belts the Coast Wahoos club baseball team received after they won the World Series last month in West Covina. 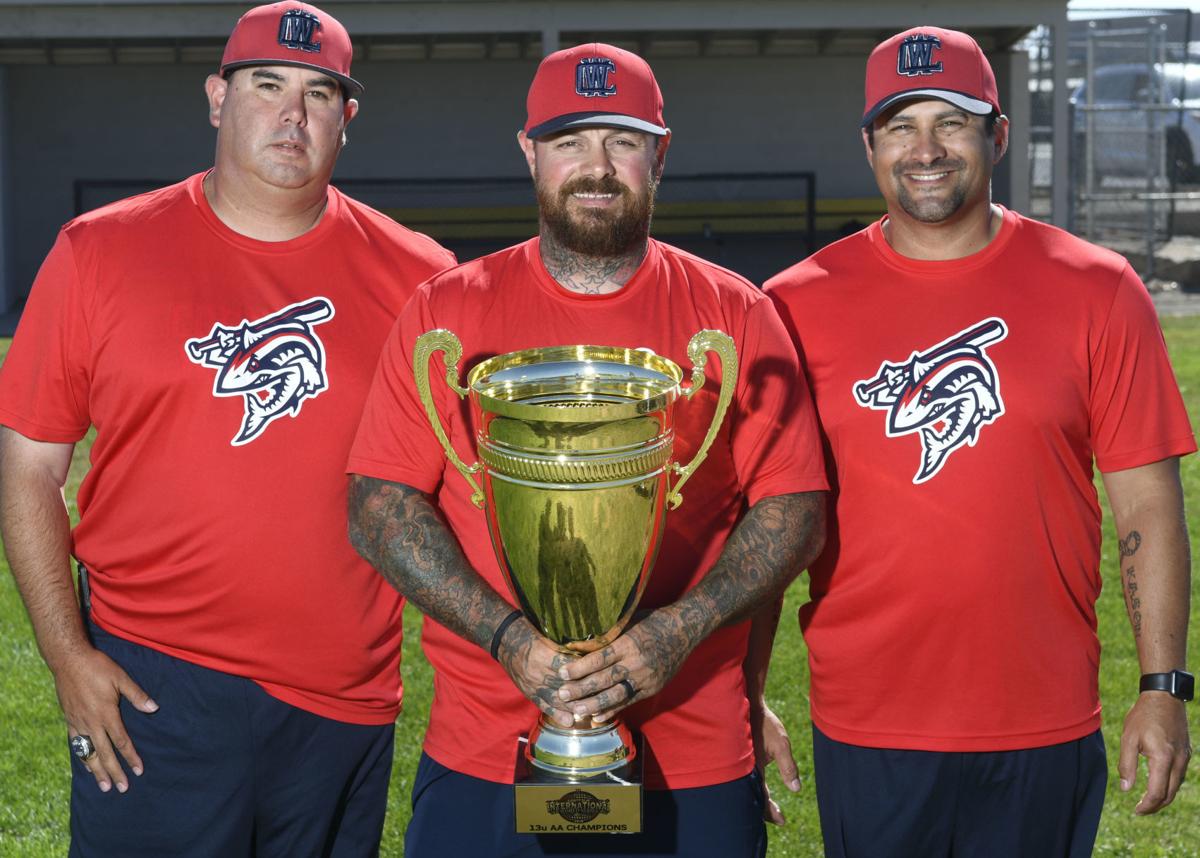 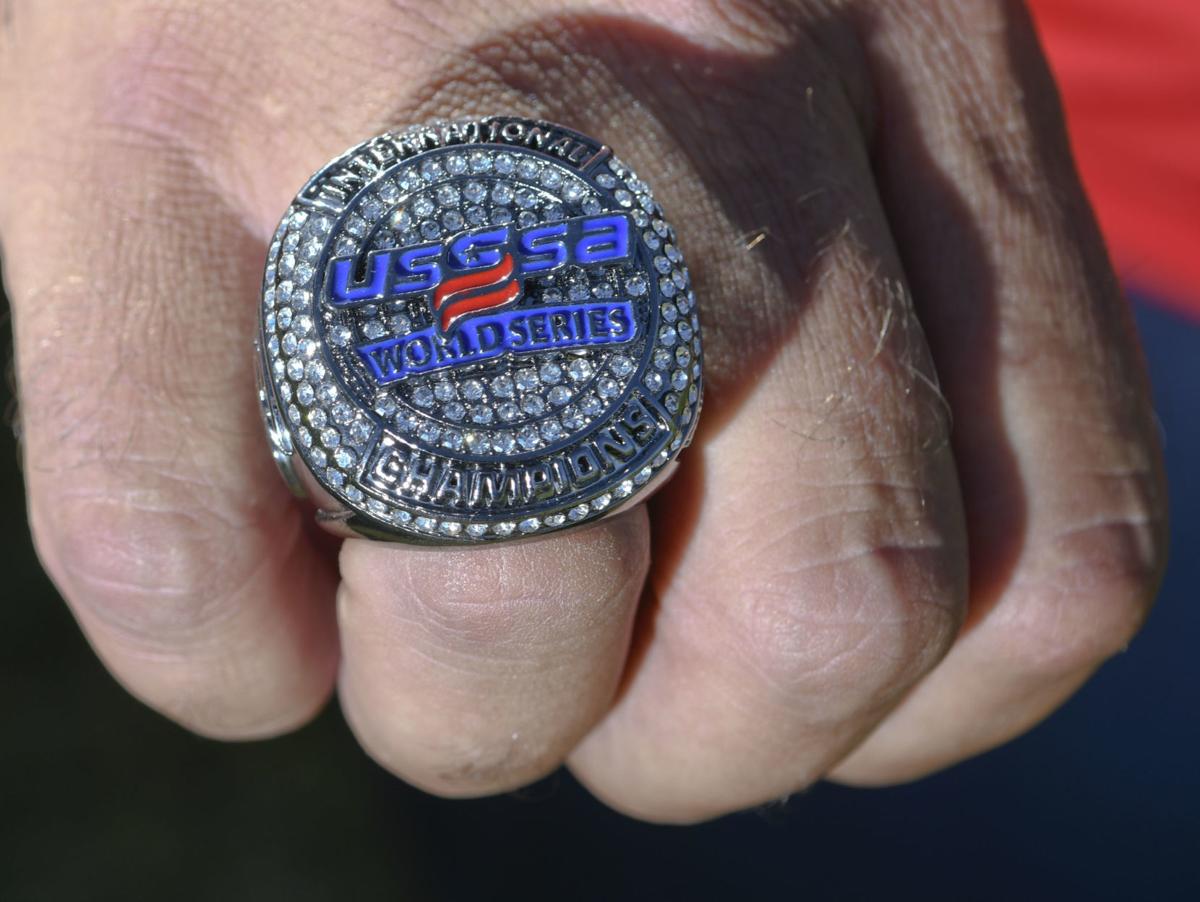 The NBA is filled with talk of Super Teams.

Of course there is (or maybe was) the Golden State Warriors with Steph Curry, Draymond Green and Klay Thompson. The Lakers tried to build a Super Team around LeBron James with Anthony Davis and Kawhi Leonard. We saw how that played out with the Clippers instead making their own formidable squad with Leonard luring Paul George to Los Angeles.

While all this was unfolding, there was a Super Team being formed right here on the Central Coast. Though it wasn't forged on a basketball court. It was built on the baseball diamond.

That Super Team? The Coast Wahoos.

This team, filled with players from around the area, won the prestigious USSSA International World Series on June 26. The team went 8-0 at the tournament, piling up a dominant run differential outscoring their opponents 68-16.

The team was awarded with a giant trophy and each player earned genuine leather championship belts that they've been proudly wearing around their communities, like a champion boxer or wrestler.

Most of the 13U players come from all over the Central Coast. A lot of them played with or against each other in Little League.

Now all those players have teamed up with Collin Fasse, Tanner Quaresma, Jack Stoddard, Finn Cosgrove and James Bishop to form this Wahoos Super Team.

Cuccia drove in Stoddard for the game-winning run that ended the tournament, which was held in West Covina.

Jacob Cuccia, the team's coach and Caden Cuccia's dad, said the USSSA "is the single biggest entity in club baseball in the US. There were 230 teams and there were two weeks of this tournament. The World Series is the biggest single tournament in travel baseball right now."

Rick Smith and Matt Quaresma round out the Wahoos coaching staff.

"We tried to travel as much as we could to play big teams," Cuccia added. "We knew we were pretty good going into the World Series, but we didn't know how we would stack up against the LA teams. But we stacked up pretty well."

Caden Cuccia says the team has a real chemistry on the field, despite once being rivals during their Little League careers.

"Me, Ben and Ricky played each other last year and we all talked about it," Caden Cuccia said.

"They all had videos of them hitting home runs off me which was kind of cool," the 13-year-old quipped.

Munoz, who will attend Righetti High School as a ninth-grader, said the team has found a good approach to the game. The right-hander threw two perfect games during last year's District 65 Tournament.

"We all joke around a lot at practice. That's just us having fun, but once we get on the baseball field it's all business from there," Munoz said. Munoz piled up 11 innings of work on the mound over the final four days at the World Series.

Collin Fasse, who will be an eighth-grader at St. Patrick's in Arroyo Grande this year, says the team really relied on its pitching to win the World Series title.

"We have, like, five stud pitchers that we can go to at any time," Fasse said. Munoz, Santini, Smith, Cuccia and Estrada ate up most of the innings for the Wahoos.

"This team is definitely goofy, but not on the baseball field," Ricky Smith said of the Wahoos. "Being away from home so much traveling can be a grind, so it's good to have that."

Smith's calendar year has been filled with baseball. After his Little League season last summer, Smith, who bats and pitches left-handed, went to New York for a week-long tournament, then returned to play with the Wahoos in the fall and has been playing since.

Many of the team's players will enter high school and some will play football in the fall before turning their focus back to baseball. Many will face each other on various high school teams.

"That'll be quite an experience," Munoz said. "That'll be weird, but it should be fun."

Major League Baseball players ignored claims by clubs that they need to take additional pay cuts, instead proposing they receive a far higher percentage of salaries and a commit to a longer schedule as part of a counteroffer to start the coronavirus-delayed season.

PawSox offer taste of baseball with 'Dining on the Diamond'

The trophy and championship belts the Coast Wahoos club baseball team received after they won the World Series last month in West Covina.