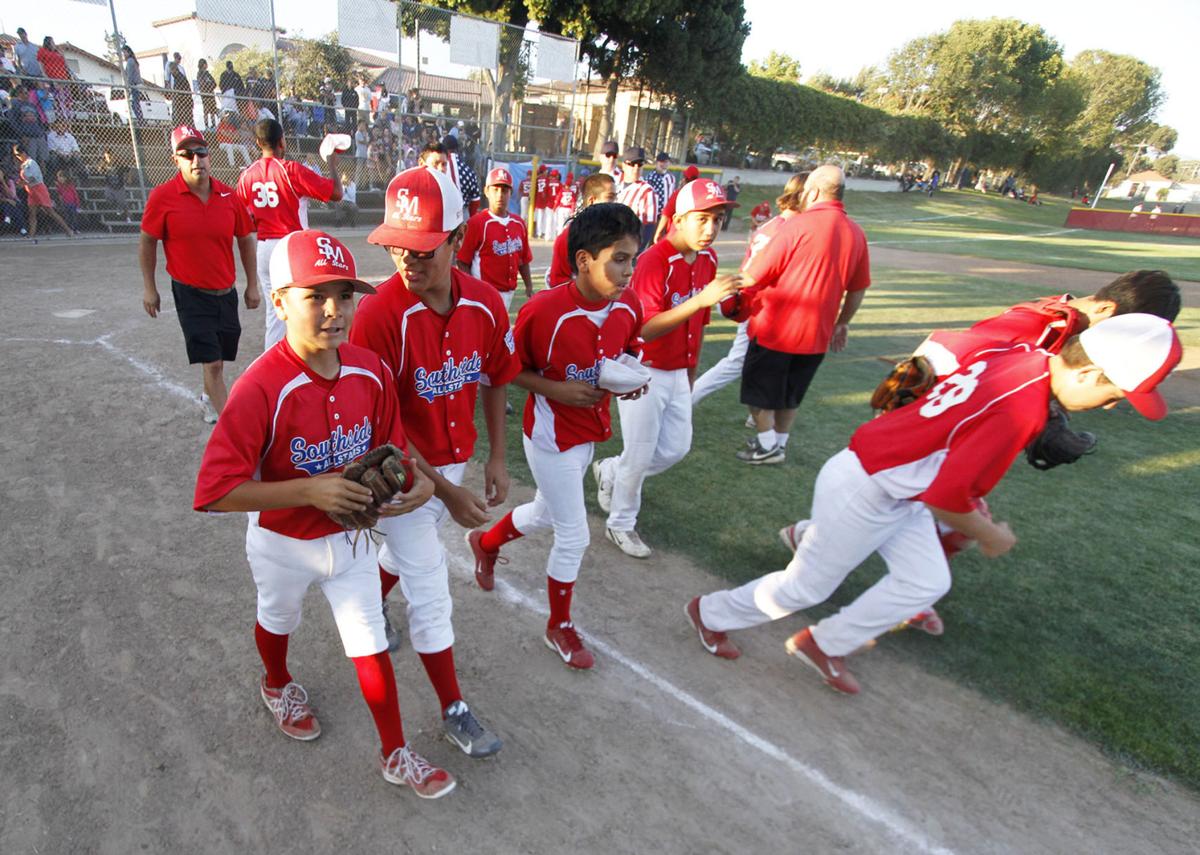 The Santa Maria Southside celebrates as they leave Simas Field after the 13-2 win at the District 65 Tournament against Santa Maria Northside on July 9, 2013. 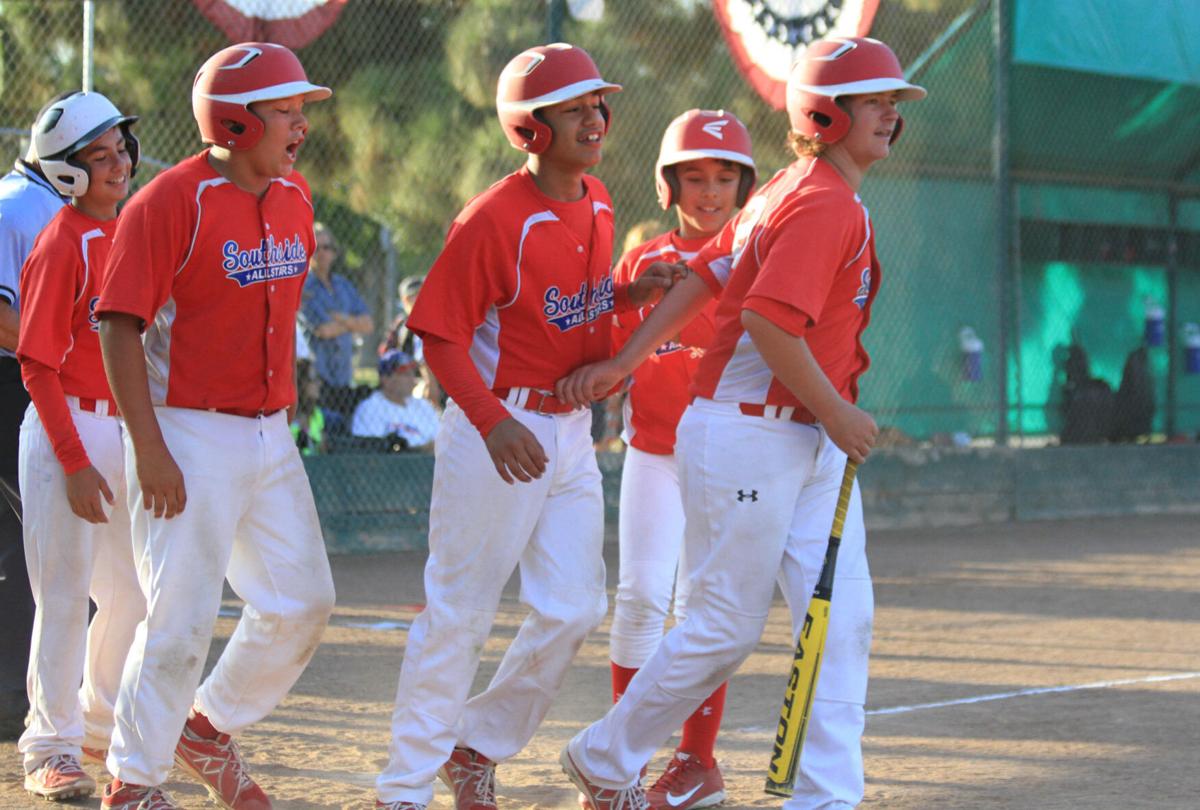 Southside's Joseph Mireles is congratulated after homering during the Southern California North Sub-Divisional Tournament in 2013. 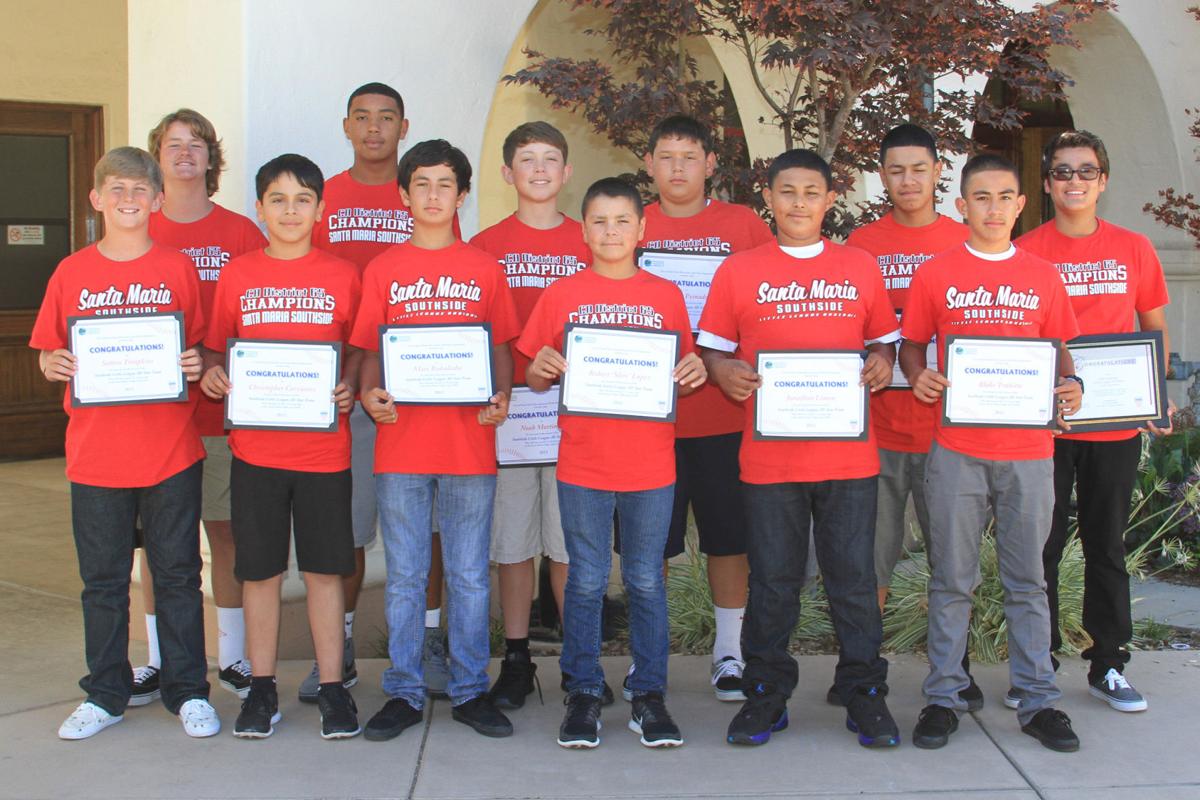 Santa Maria Southside's All-Star team is honored by the city in 2013. The team won the District 65 and Section 1 tournaments that year before narrowly losing at the regional tournament. 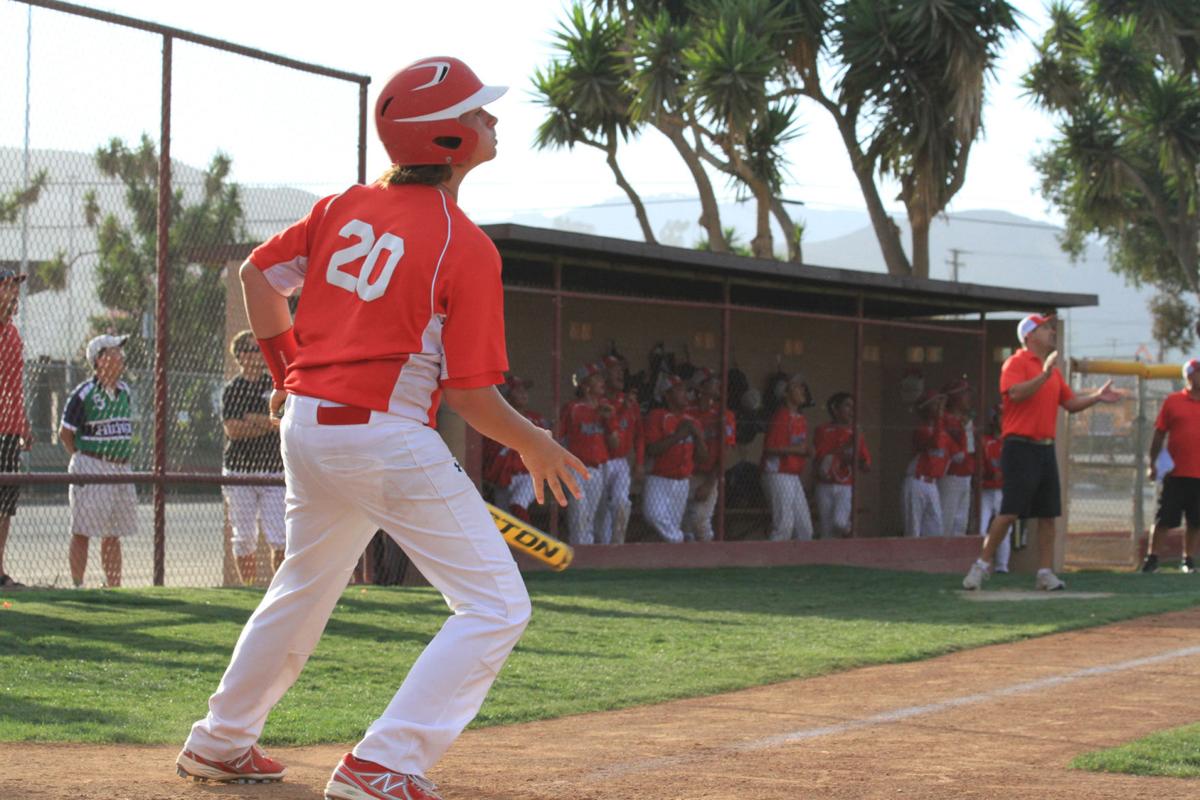 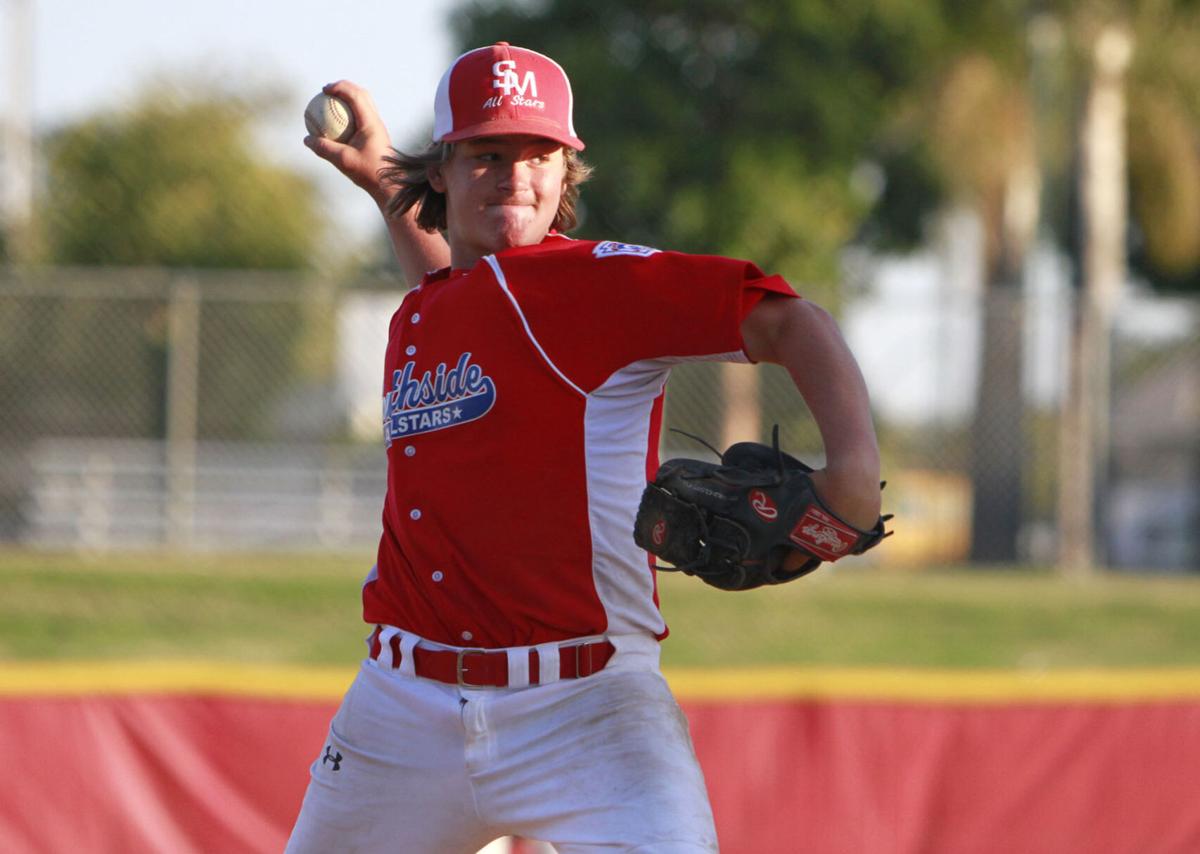 Santa Maria Southside pitcher (20) winds up for a pitch a 13-2 win against Santa Maria Northside at Simas Field in 2013.

His 2013 Southside team made one of the biggest runs by a Santa Maria Valley Little League All-Star team in recent memory.

That Major Division group, which included several players who were prominent in area baseball later, distinguished itself with quality pitching and power hitting.

Boxing takes a big hit amid pandemic: John Leo Dato has yet to fight in 2020

Dato was set to fight in April at the Chumash Casino, but that bout was scratched as the COVID-19 pandemic began to take hold in the United States.

“We had 13 guys on the team,” and at least nine of them hit at least two home runs during the Southside run, Garcia says.

“I used think that I just wanted to do screenwriting,” Loos said.  “Now I’m not sure. I was able to have some experiences with production.”

“Sherman Oaks beat us in the bottom of the seventh inning,” sending the locals home.

"I needed this, man. I needed to get back:" Danny Duffy to make third opening day start for Royals on Friday

Trevor Garcia pitched and was an infielder for the 2017 Santa Maria High School team that won the CIF Southern Section Division 6 championship.

Slim Lopez, a teammate of Trevor Garcia’s on that 2012 Southside championship squad, played second base for the 2017 Santa Maria baseball team.

Lopez played for Hancock, then graduated from the Military Police Academy program in 2020. Trevor Garcia pitches for Hancock.

LyBurtus starred for a Righetti team that made it to the CIF-SS Division 3 championship game in 2017. That Righetti squad was the first Righetti baseball team to make it to a sectional divisional final.

"My boys, they’re my family," Hill said Tuesday, describing his decision. "We started something together when we first got to high school and I intend on finishing it."

He hit 11 homers for Southside even though, “Jaden missed three games because he was in New York competing in the national Hit, Pitch and Run age group championship,” which LyBurtus won, said Eddie Garcia.

LyBurtus went on to play at Sacramento State but, Eddie Garcia said, “He got injured.”

Most of those players went on to play high school ball. Tompkins, who played primarily first base for Southside, was the catcher and a leading hitter for the 2019 Righetti team that made it to the CIF Central Section Division I semifinals. Rubalcaba held down St. Joseph's starting catcher's role for a couple of seasons.

Truhitte was an all-everything quarterback for the 2017 Santa Maria football team that hosted the Southern Section Division 12 championship game. He was also a starting defensive back and the team’s punter.

“There were a lot of good ball players,” on that 2012 Southside team, said Eddie Garcia. “They were a good group to work with.”

Santa Maria Northside was the second-place team in the 2012 District 65 Tournament. Isaac Baez was Northside’s ace on the mound.

He was St. Joseph’s top pitcher during his career there. Baez pitches for Hancock now.

He is looking to rebound from Tommy John surgery. The pandemic truncated the 2020 spring sports season, and Baez and Trevor Garcia re-gained that season of eligibility.

Many of those players teamed up at Santa Maria Babe Ruth, where they continued to win All-Star tournaments as 13-, 14- and 15-year-olds.

Running for a cause: Claudia Terrones, Lompoc High's athletic director, to cover 360 miles, one for each of her school's athletes

“Coach Fortier told us, ‘Go to any position you want to and see how you do,” said Moore. He chose center field, and that was Moore’s main position at VCA ever since. He was a four-year varsity player for the Lions before the COVID-19 pandemic truncated their 2020 season after just four games.

Difference-maker: Al Vierra has worked with the youth in Santa Maria since 1972

Al Vierra was grumbling about some of the coaching decisions being made at St. Joseph High School.

The Santa Maria Southside celebrates as they leave Simas Field after the 13-2 win at the District 65 Tournament against Santa Maria Northside on July 9, 2013.

Southside's Joseph Mireles is congratulated after homering during the Southern California North Sub-Divisional Tournament in 2013.

Santa Maria Southside's All-Star team is honored by the city in 2013. The team won the District 65 and Section 1 tournaments that year before narrowly losing at the regional tournament.

Santa Maria Southside pitcher (20) winds up for a pitch a 13-2 win against Santa Maria Northside at Simas Field in 2013.