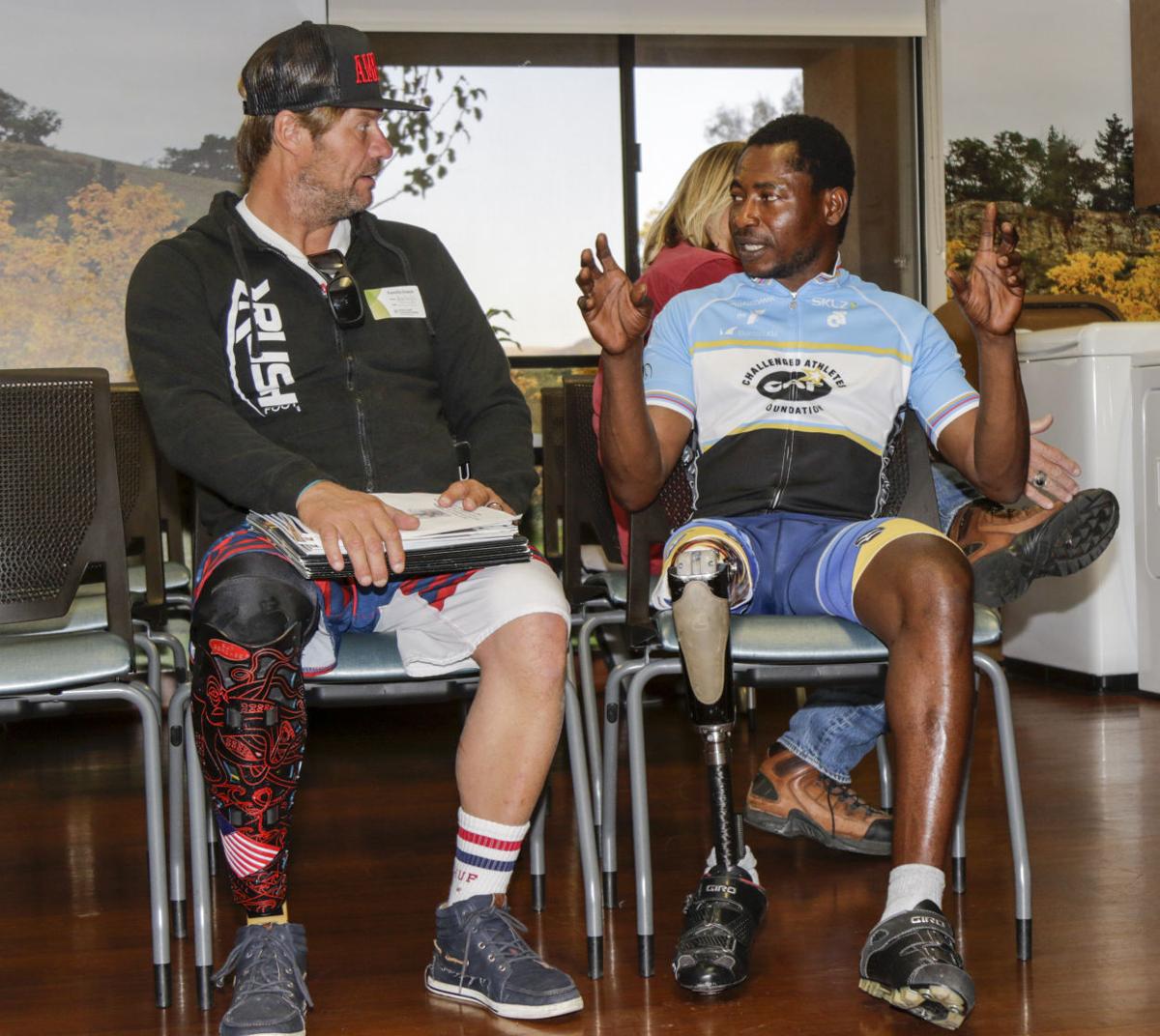 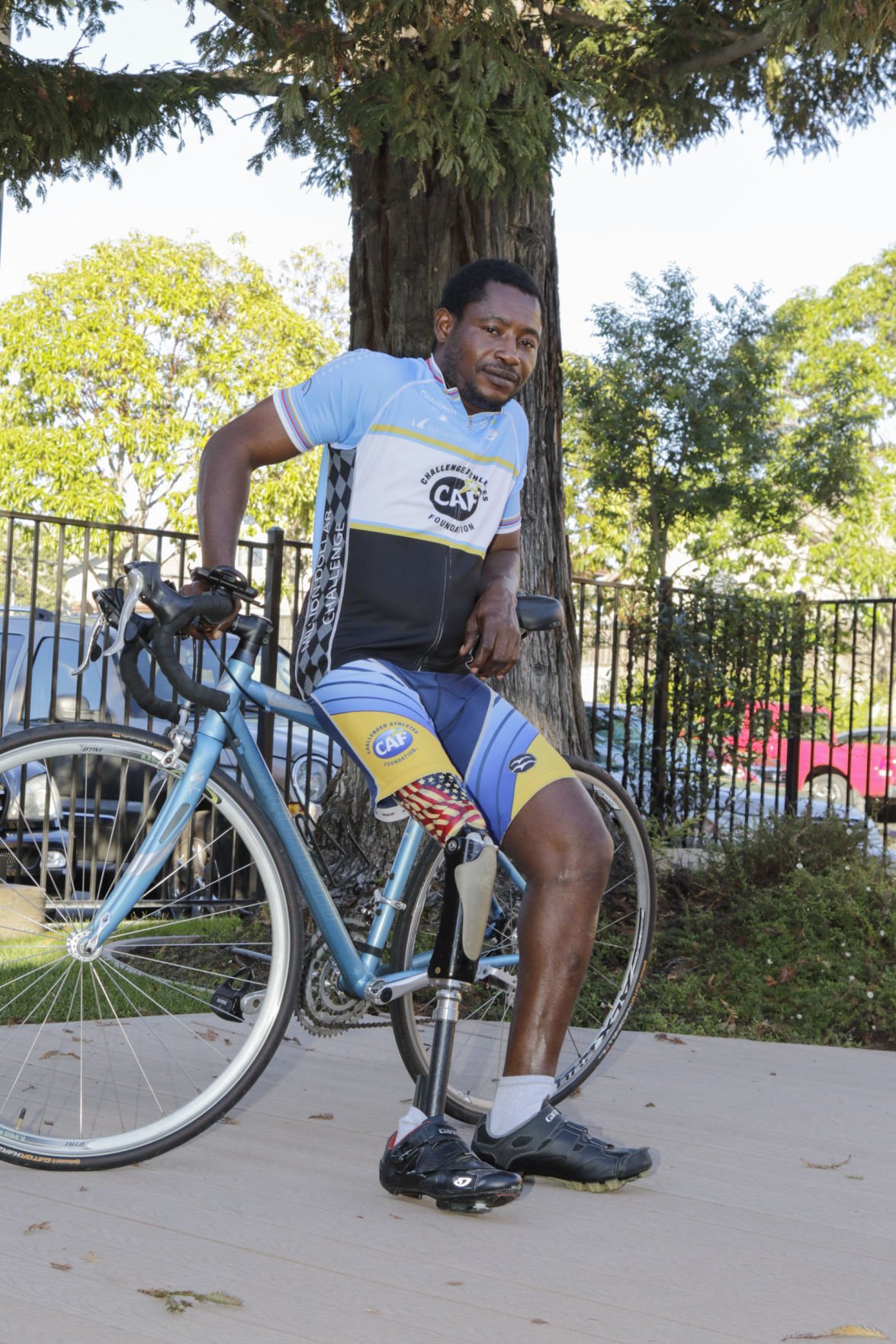 Emmanuel’s Dream Founder Emmanuel Ofosu Yeboah, from Ghana, is cycling across California to change perceptions, inspire and raise money to establish the first school and sports academy for people with disabilities in Ghana. 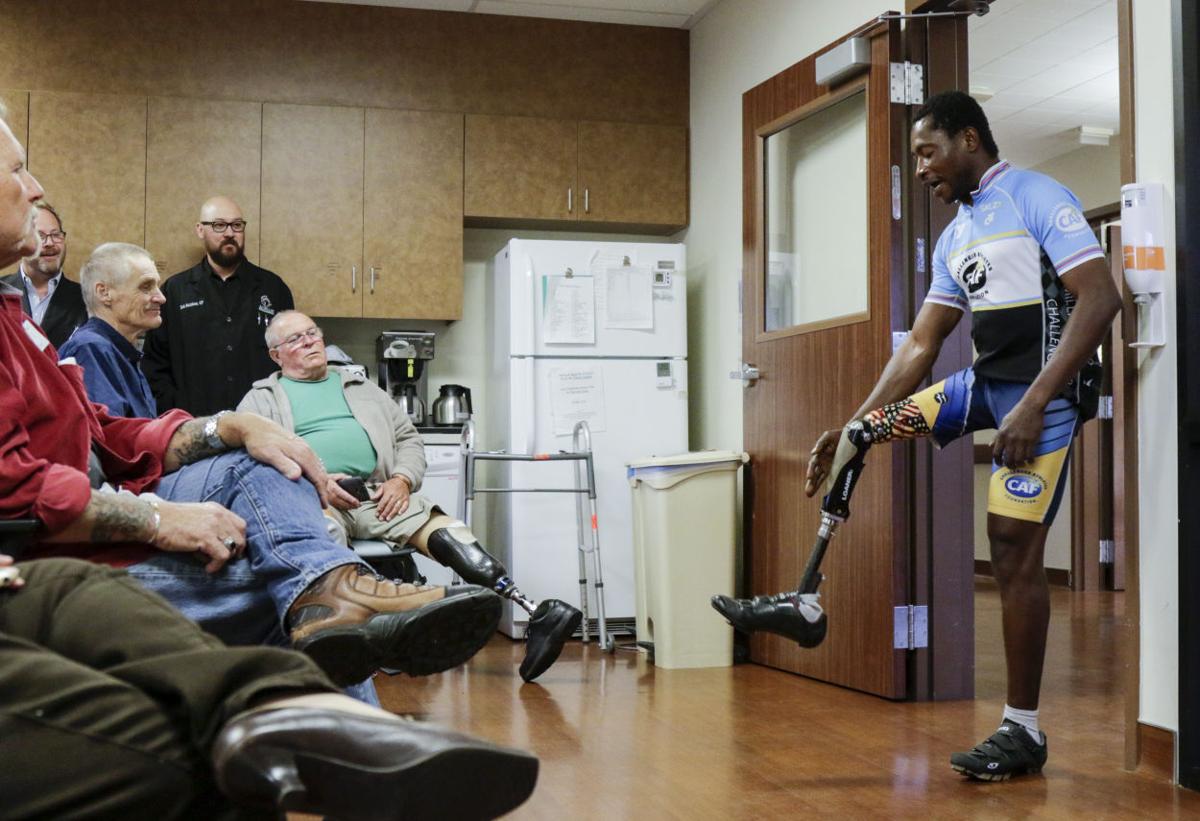 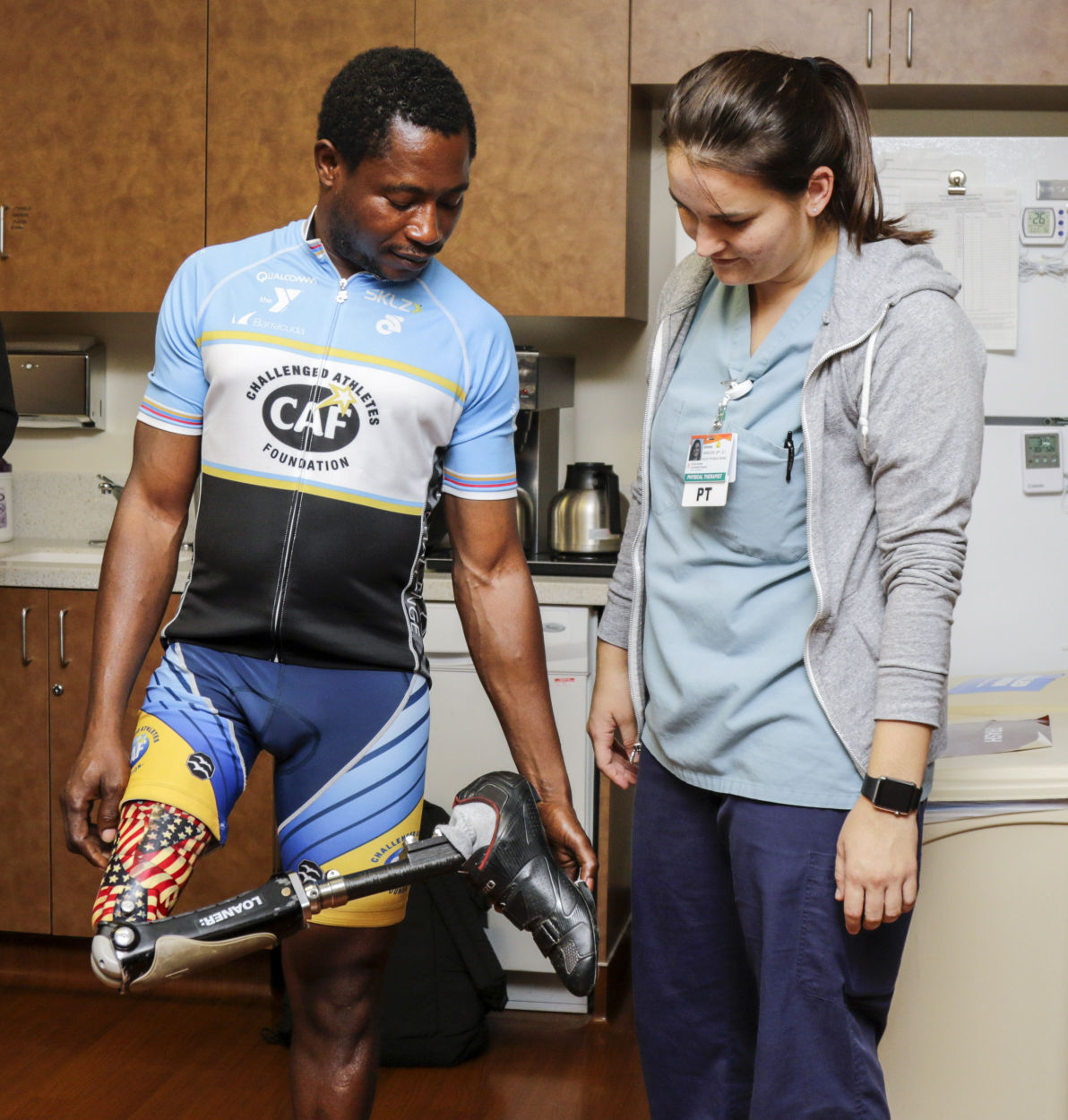 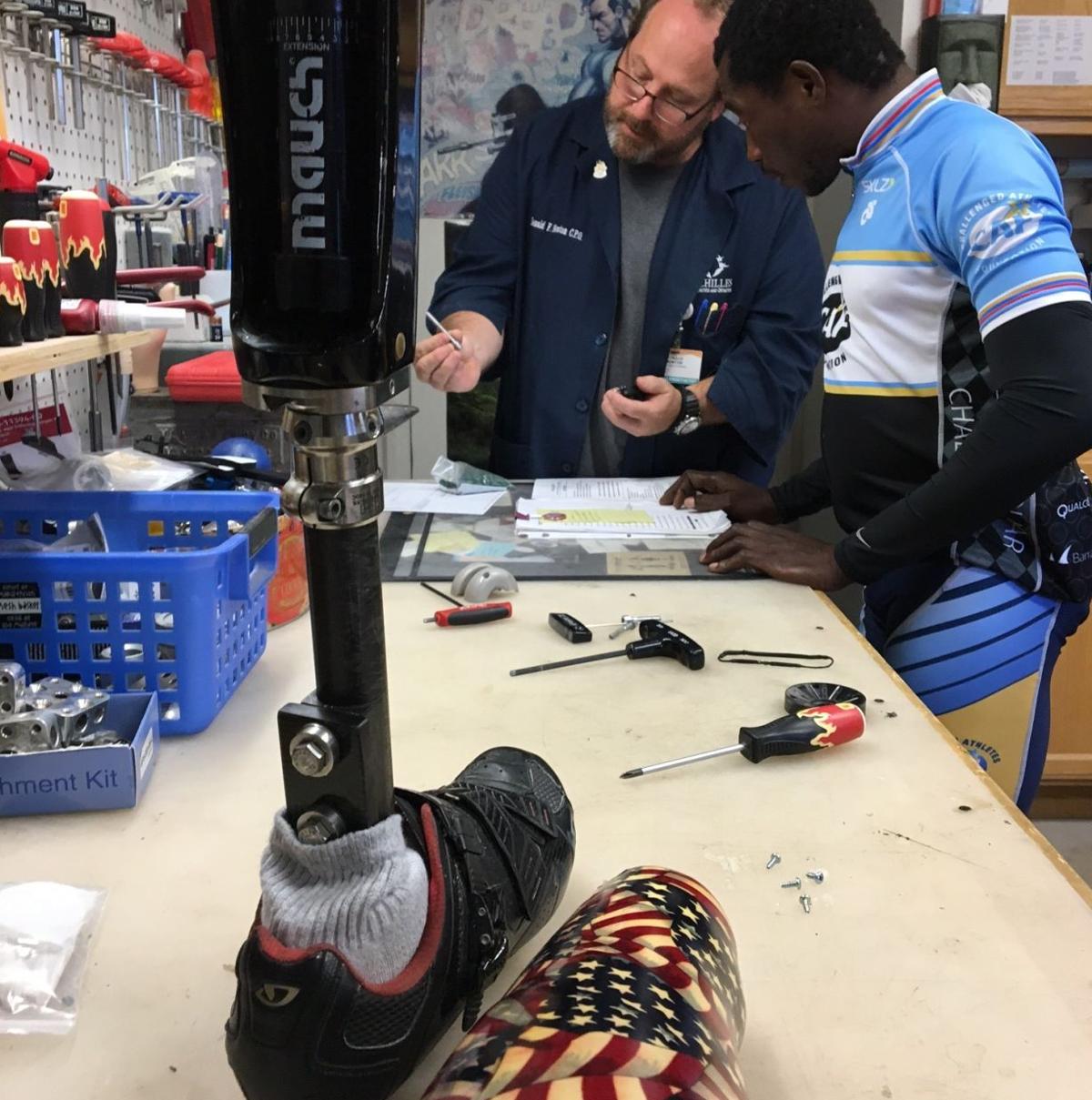 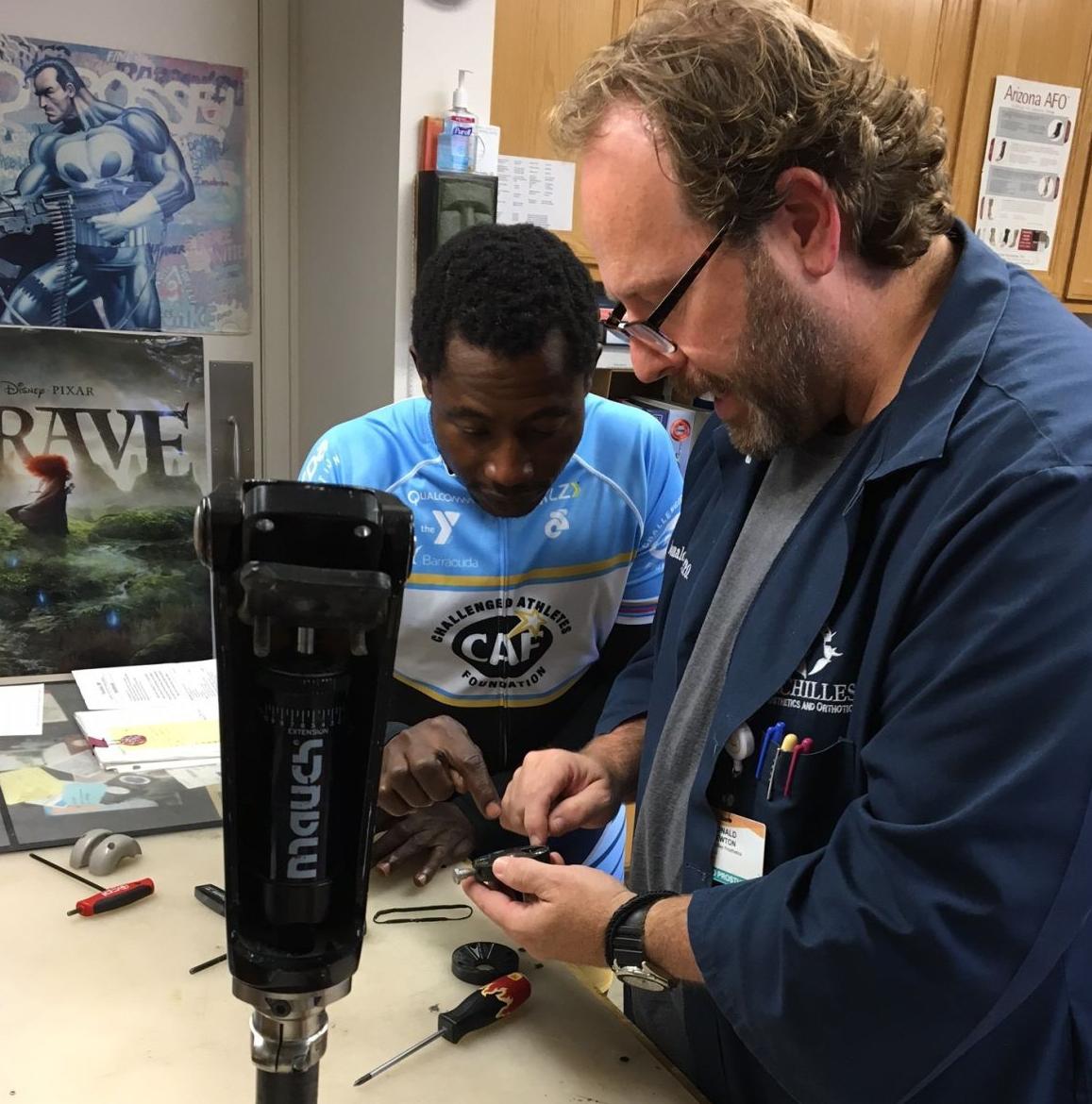 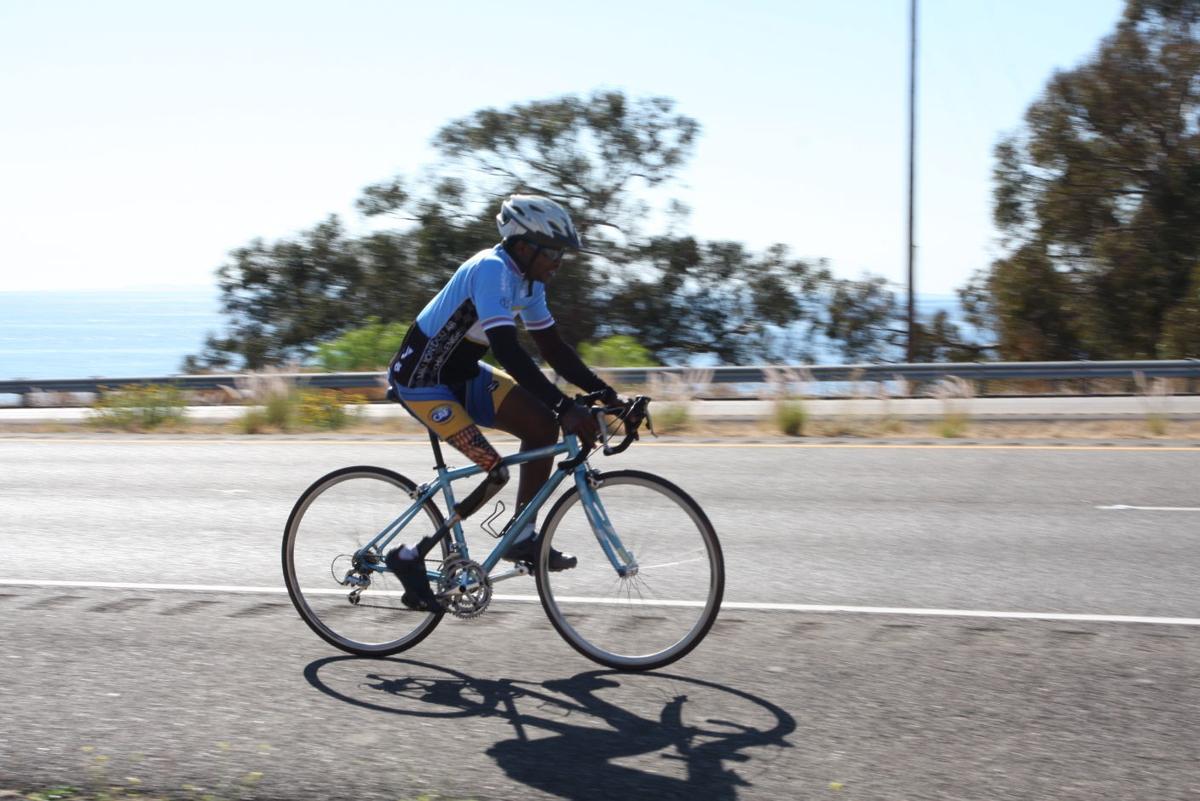 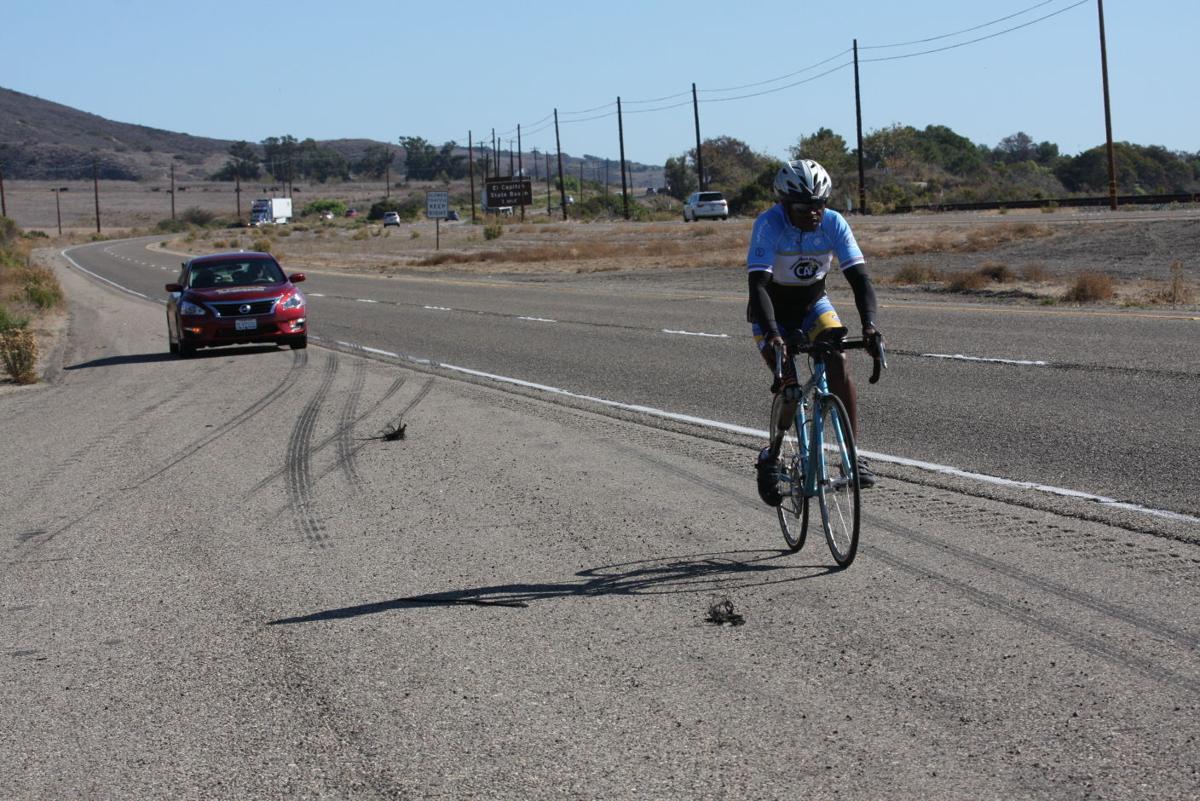 When Emmanuel Ofosu Yeboah was born in Ghana, he was missing most of his right shinbone. Ghanaian culture said he was cursed, worthless. His father and much of his extended family abandoned him. But his mother always believed in him, provided him an education and support and raised the boy into a man who has changed his country's view of people with disabilities.

Now, the 38-year-old is cycling across California to change perceptions, inspire and raise money to establish the first school and sports academy for people with disabilities in Ghana. On Friday, he stopped at Arroyo Grande Community Hospital's Acute Rehabilitation Center to visit with patients and staff. Today, he continues his route north on Highway 1 toward San Francisco, then east to Sacramento.

"In Ghana, if you are disabled, they don't send you to school. There are only two jobs you can do: beg for money or shine shoes. That's it," Yeboah said.

His mother, Comfort Yeboah, believed her son could be more, do more.

"Anytime I came home and told Mom about things people said to me or thinking I couldn't do something, she told me to try to do my best in everything, that you could do anything you set your mind to do, and she sent me back out into the world," Emmanuel said.

Yeboah, who now has a prosthetic leg, gained worldwide fame 14 years ago when he biked 370 miles across Ghana to raise awareness for the disabled while showing others with disabilities what was possible. That journey was documented in the 2005 film "Emmanuel's Gift," narrated by Oprah Winfrey.

In 2003, he was awarded the Challenged Athletes Foundation's Most-Inspirational Athlete of the Year, Cinequest's Life of a Maveric Award and Nike's $25,000 Casey Martin Award. Combined with matching funds from the Challenged Athletes Foundation, Yeboah purchased wheelchairs for Ghanaians who had spent their lives on the ground or on makeshift scooters.

In 2005, ESPN awarded Emmanuel its ESPY Arthur Ashe Courage Award for single-handedly creating a movement that changed laws in Ghana. He met with Kofi Annan, then secretary general of the United Nations, and traveled to the White House to speak with then-President George W. Bush.

In 2006, the Parliament of Ghana passed the Persons with Disability bill granting people with disabilities the same rights in Ghana's constitution ascribed to the country's able-bodied citizens, according to the Challenged Athletes Foundation which sponsors Emmanuel.

Today, he is a member of the USA National Amputee Soccer team and works two jobs in San Diego County where he lives with his daughter, 11-year-old Linda Kim Yeboah, while his wife and two more daughters remain in Ghana.

"I want people to know that everybody can do something to help people in this world, no matter what the institution or anyone has to say about your disability," Emmanuel said. "Everyone has a gift. That's why God brought us to the world. You don't have to be rich or famous or president before you can think about other people."

Emmanuel began his ride Nov. 6 in San Diego on an alloy bicycle no American would consider taking out, even for a day ride. He carries no water bottles, wears no fancy clothing. His support crew includes a volunteer, who drives a car donated for the run by Nissan, and his daughter Linda, who serves as team photographer, videographer and head cheerleader.

Severson, an amputee and cyclist who works for Achilles Prosthetics and Orthotics in Santa Maria, offered Emmanuel lodging during their passage through Santa Barbara County.

"He's the most encouraging guy you'll ever meet in your life. To me, it's amazing some of this stature is in our community. They're driving past him while he rides down the road, and they don't even know what he's done for Ghana and what he's continually doing for people everywhere."

When Severson learned Emmanuel's prosthesis was acting up, he put the repair wheels in motion.

"His prosthetic was busted, and he's still doing the ride," Severson said. "I'm also an amputee, so I know how rough that is. He's the most humble, nicest human being in the whole world. He's like, 'That's OK. We just keep going.'"

Certified prosthetist/orthotist Donald F. Newton repaired the leg Friday to help Emmanuel on his path to his dream of building the school for 700 students from kindergarten through 12th grade. He has the land, a gift from the government. Now he needs the funds, $3 million to $5 million, to build it and open the doors.

"I already have the land. I want to see this school built before I die," Emmanuel said.

And he doesn't plan to stop with a school in Ghana.

"We need schools for disabled people in other African countries," he said. "In Nigeria, there are 22 million disabled right now, but we don't take good care of them. They can't even use public transportation. They can't use taxis. It's the same in South Africa, Sierra Leon. If you see people begging on the street, they are disabled people. We have the resources. We can take care of people."

To sponsor the ride or donate to the school project, visit www.gofundme.com/8z7ru4

A Santa Maria man was arrested Thursday on robbery and assault charges after a victim was allegedly stabbed during a robbery on North McClelland Street.

The person, whose identity was not revealed, was in their 60s and had underlying health conditions, according to the county. The person lived in South County and was hospitalized before succumbing to the illness.

San Luis Obispo County reported its first death from COVID-19 on Saturday, even as no new cases of the disease were reported by county officials for the first time since March 18, leaving the total cases there holding at 93.

'Devastated': High school seniors grapple with reality of not returning to school

The original building was constructed in or before the 1950s as Rick’s Rancho and predates the city’s records. It also housed the Central City Broiler at one point.

“The Rock Front Ranch stands as the western gateway to the Cuyama Valley — one of the last remaining untouched valleys in California,” said Nita Vail, outgoing CEO of the Rangeland Trust. “Thanks to the support of the community, this small but mighty ranch will forever function as a strategic buffer to protect the area’s natural resources and vibrant wildlife habitat.”

Emmanuel’s Dream Founder Emmanuel Ofosu Yeboah, from Ghana, is cycling across California to change perceptions, inspire and raise money to establish the first school and sports academy for people with disabilities in Ghana.