SEOUL, South Korea (AP) — While Kim Jong Un's two-week absence has inspired speculation and rumors that he is gravely ill, he is not the first member of North Korean's ruling elite to disappear from public view.

Some absences were caused by real trouble, including deaths, illness or purges. But frequently the so-called disappearances have simply shown the disconnect between insatiable curiosity about what's happening inside the isolated, nuclear-armed nation and the thick cloak of secrecy surrounding its leadership.

A look at past cases of missing North Korean officials and when reports about the demise of leaders were premature:

Before his death in 1994, there was arguably no person South Koreans hated and feared more than North Korea's state founder Kim Il Sung. His forces launched a surprise attack on the South in June 1950, triggering a devastating war that drew massive intervention by the United States and China and killed and injured millions of people before an armistice halted fighting three years later.

He also dispatched commandos in a failed attempt to assassinate the South Korean president in 1968 and sent agents to plant bombs that killed 21 people, including several South Korean cabinet ministers, during a presidential visit to Myanmar in 1983.

When South Korean newspapers reported him as dead in November 1986, the public, at least for a few hours, was overwhelmed with euphoria but also panic about instability on the border.

The reports began circulating on Nov. 16 when the Chosun Ilbo published a short story by its Tokyo correspondent who reported rumors in Japan that Kim Il Sung had died. Things took a strange turn the next day when South Korea's military spokesman announced that the North Koreans used loudspeakers on the mine-strewn border to announce that he was shot to death.

Other newspapers wrote similar stories, adding to a frenzy that abruptly ended hours later when Kim Il Sung appeared alive and well at an airport in Pyongyang, North Korea's capital, to greet a visiting Mongolian delegation.

Chosun, South Korea's biggest newspaper by circulation, never published a correction. But it formally apologized over the story last month while marking the 100th anniversary of its founding.

The newspaper also apologized over a 2013 report that said North Korean singer and senior ruling party member Hyon Song Wol had been executed. Hyon reappeared in public in May 2014 and is now considered as one of the most powerful women in North Korea, accompanying Kim Jong Un to several international summits.

Kim Jong Il, the famously reclusive father of the current ruler, also was the subject of countless reports and rumors about his demise.

In 2004, a massive explosion at a North Korean train station on its border with China inspired rumors of an assassination attempt as he had passed through hours earlier on his way back from Beijing. The collision of two fuel-carrying trains reportedly killed and injured thousands of people, but a link to the leader's travel was never confirmed.

Chatter about Kim Jong Il's death following his 2008 stroke became so frequent that it prompted South Korea's financial regulator in 2009 to investigate whether the rumors were being deliberately spread to manipulate stock markets.

When Kim Jong Il did die in December 2011, following years of deteriorating health and diminishing public appearances, the outside world had no clue until the North's state media announced it two days later.

His once-powerful sister, Kim Kyong Hui, has had her own share of premature reports about her death. CNN on May 2015 cited a North Korean defector to report that Kim Jong Un had her poisoned to death. The 73-year-old made her first public appearance in about six years in January, sitting near her nephew during a concert.

Conflicting reports over the past week have said Kim is either "gravely ill," "in a vegetative state" or "perfectly fine" following heart surgery that may or may not have happened.

In 2014, Kim vanished from the public eye for nearly six weeks before reappearing with a cane. South Korea's spy agency said he had a cyst removed from his ankle.

Kim Jong Un was last seen in public on April 11 when he presided over a ruling party meeting on coronavirus prevention. He even missed the April 15 birthday celebration for his late grandfather Kim Il Sung for the first time since taking power in 2011. State media have since reported his engagement in routine, but non-public activities. They say he's sent greetings to the leaders of Syria, Cuba and South Africa and expressed gratitude to citizens of merit, including workers building tourist facilities in the coastal town of Wonsan, which is where some speculate he is staying.

While it's possible that Kim could pop up anytime, continuing a family tradition of media resurrections, some experts say that his health will become an increasing factor in years ahead, considering his weight, smoking habits and other supposed health problems.

Rumors had been swirling in social media that the country's leader was dead or debilitated. He hadn't been seen in public for several weeks. 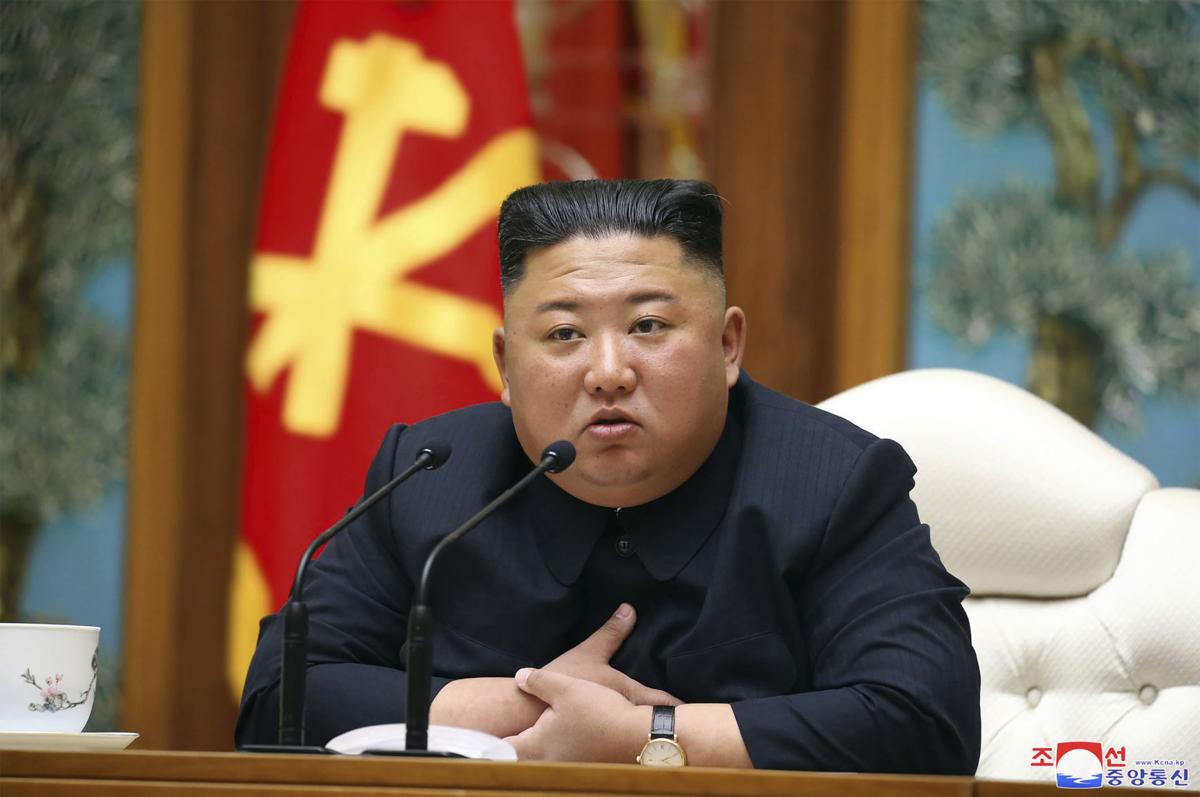 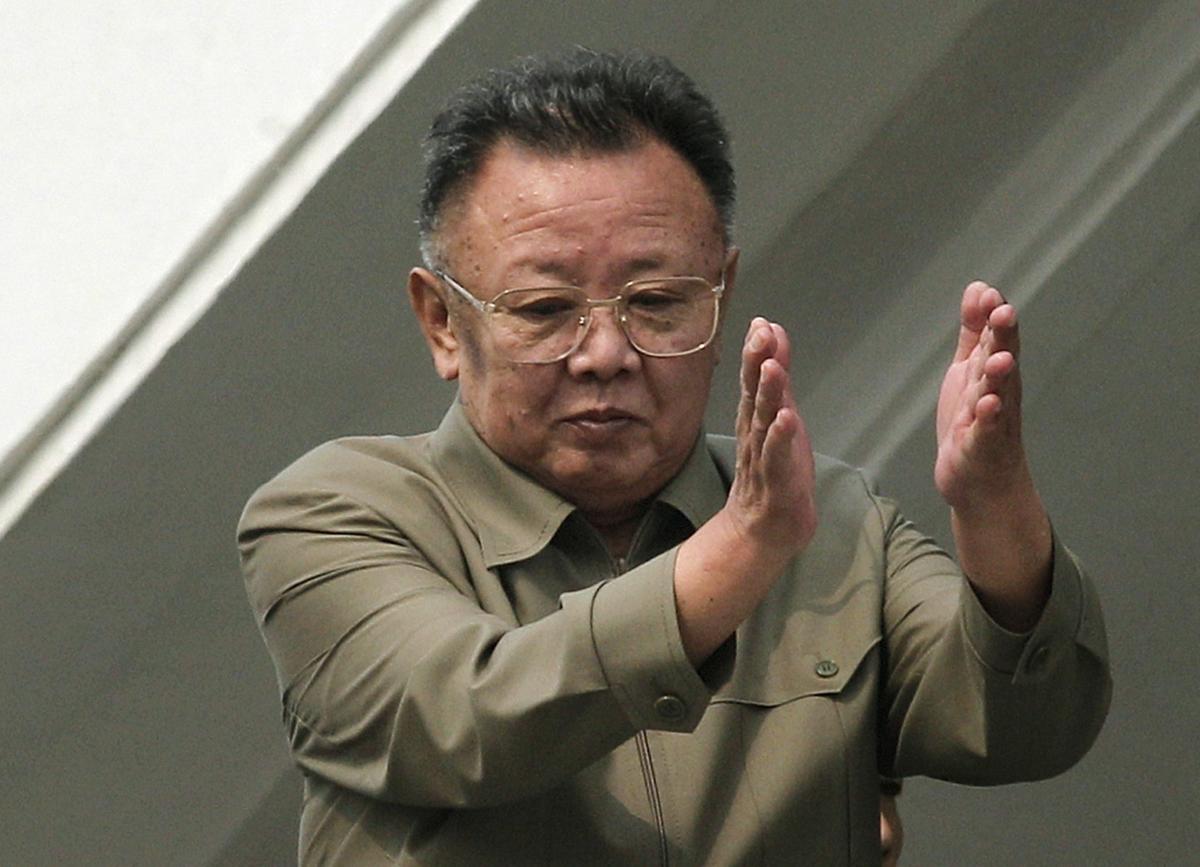 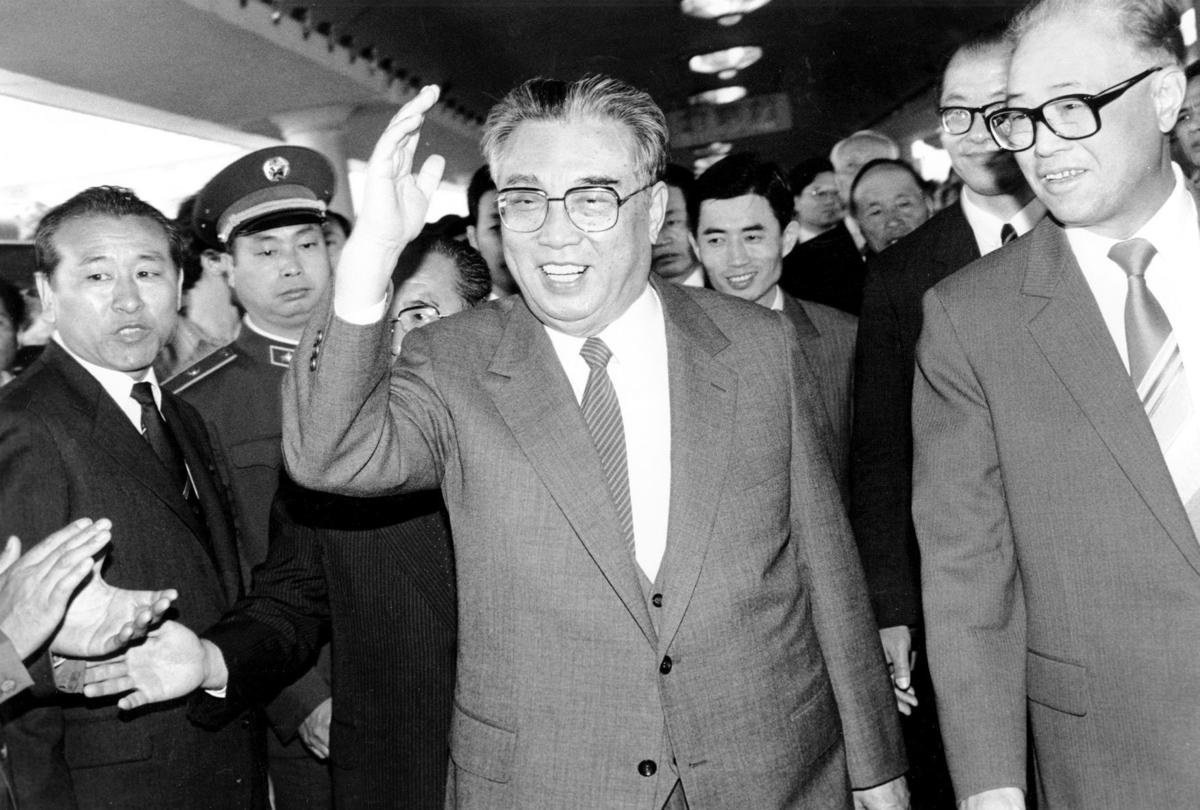 In this May 21, 1987, file photo, then North Korean President Kim Il Sung, center, and then Chinese Premier Zhao Ziyang make their way through a crowd of well-wishers at the train station in Beijing.