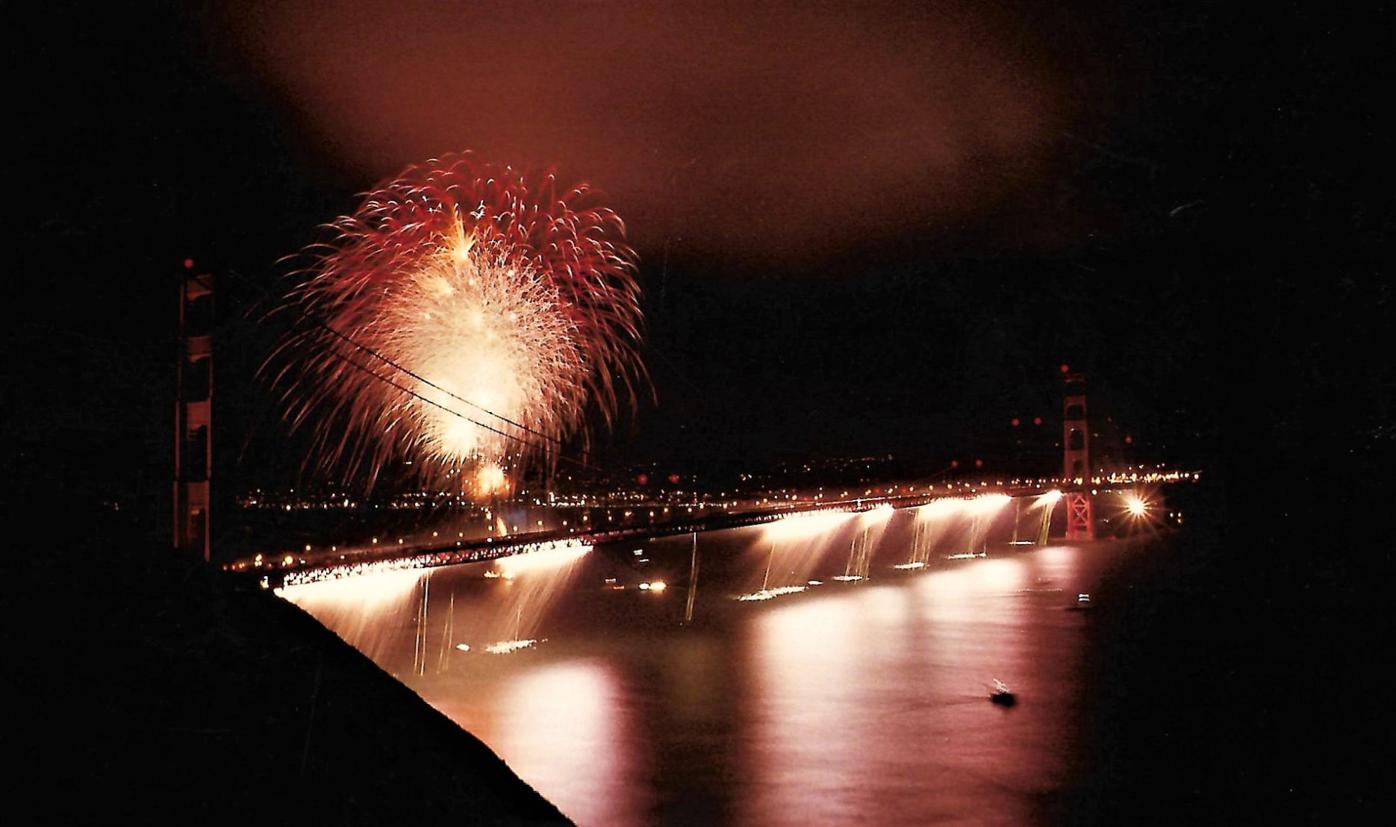 This photo, taken from the Marin Headlands looking southward toward San Francisco on May 24, 1987, shows the fireworks event celebrating the bridge's 50th anniversary. Earlier that day, 300,000 pedestrians flattened the Golden Gate Bridge.

This photo, taken from the Marin Headlands looking southward toward San Francisco on May 24, 1987, shows the fireworks event celebrating the bridge's 50th anniversary. Earlier that day, 300,000 pedestrians flattened the Golden Gate Bridge.

As wildfire season approaches, simple tasks like trimming back trees, shrubs, and bushes and creating defensible space around a home or business can help make neighborhoods and communities safer. PG&E's Safety Action Center website offers easy-to-use educational videos and visual guides with tips on creating defensible space, which is the buffer area between a home and any vegetation or material that could fuel a wildfire.

As a young child, I had a recurring nightmare of being sucked into a whirlpool at sea. No matter how strong I swam, I could not escape.

Whirlpools are usually caused by underwater currents that are forced to rotate by some underwater obstacle. Strong turbulent winds can also cause surface water to travel in different directions in proximity, producing vortexes.

Most whirlpools tend not to be the possessions of my nightmares of enormous circular vortexes that reach the bottom of the ocean pulling in everything in sight.

With that said, getting into the water by a whirlpool is dangerous. Over the years, people have drowned in them. In 2013, Jacob Cockle, a 28-year-old photographer, tragically drowned while filming a whirlpool underwater in Cornwall Harbor, England, near Land's End. This harbor is notorious for the swirling currents.

Whirlpools can often be seen at Deception Pass in Washington State, where powerful tidal currents give rise to energetic swirling vortexes and roiling eddies.

When I was a U.S. Navy aircrewman in an H-3 Sea King helicopter stationed at Alameda Naval Air Station near Oakland, we would often fly out to the Golden Gate. We would practice deploying the helicopter's dipping sonar transducer hundreds of feet down into the sea through a cable reeling machine in the middle of the aircraft’s fuselage while hovering near the Golden Gate Bridge.

If the tidal currents were strong enough, you would sometimes see rolling eddies develop near the two-tower piers of that iconic international-orange-painted suspension bridge.

The Golden Gate Bridge is often shrouded in fog in summer, making it even more spooky as you hovered and looked down upon the silverish-grey and cold seawater rushing below you. It is not a place where you would not want to make an emergency water landing if you lost engine power or tail rotor authority.

Some of the strongest whirlpools on earth occur in the Saltstraumen located on the west coast of Norway. The Saltstraumen is a narrow strait where over 500,000,000 cubic yards of seawater is forced through a 500-foot wide, two-mile-long channel with daily high and low tides; water speeds in the waterway can reach 22 knots, or about 25 mph. The strong currents generate giant whirlpools or Maelströms up to 33 feet in diameter and 16 feet in depth! Kind of like the stuff of my childhood nightmares.

In 1841, Edgar Allan Poe wrote a short story called "A Descent into the Maelström." In his story, a supposedly old man recounts how he survived a shipwreck and a whirlpool. In the Poe tale, the man confesses, "You suppose me a very old man," he says, "but I am not. It took less than a single day to change these hairs from a jetty black to white, to weaken my limbs, and to unstring my nerves."