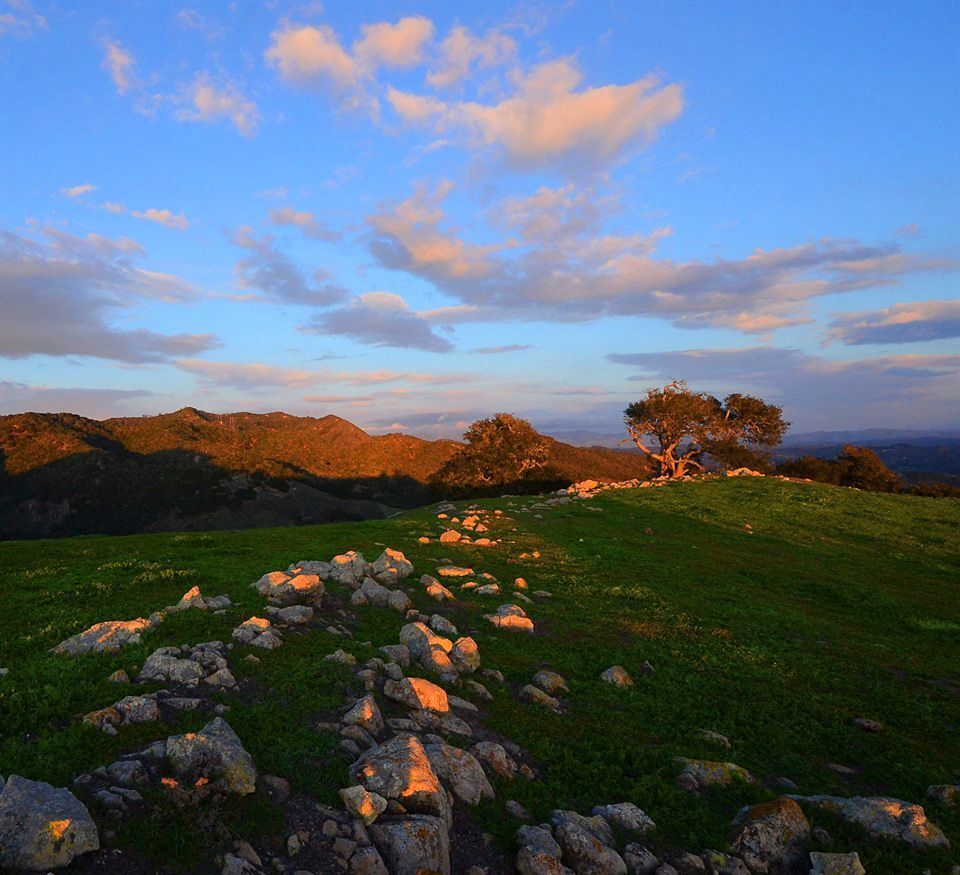 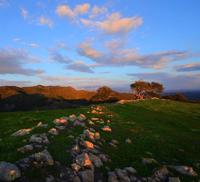 Green grass is seen on the Diablo Canyon lands. 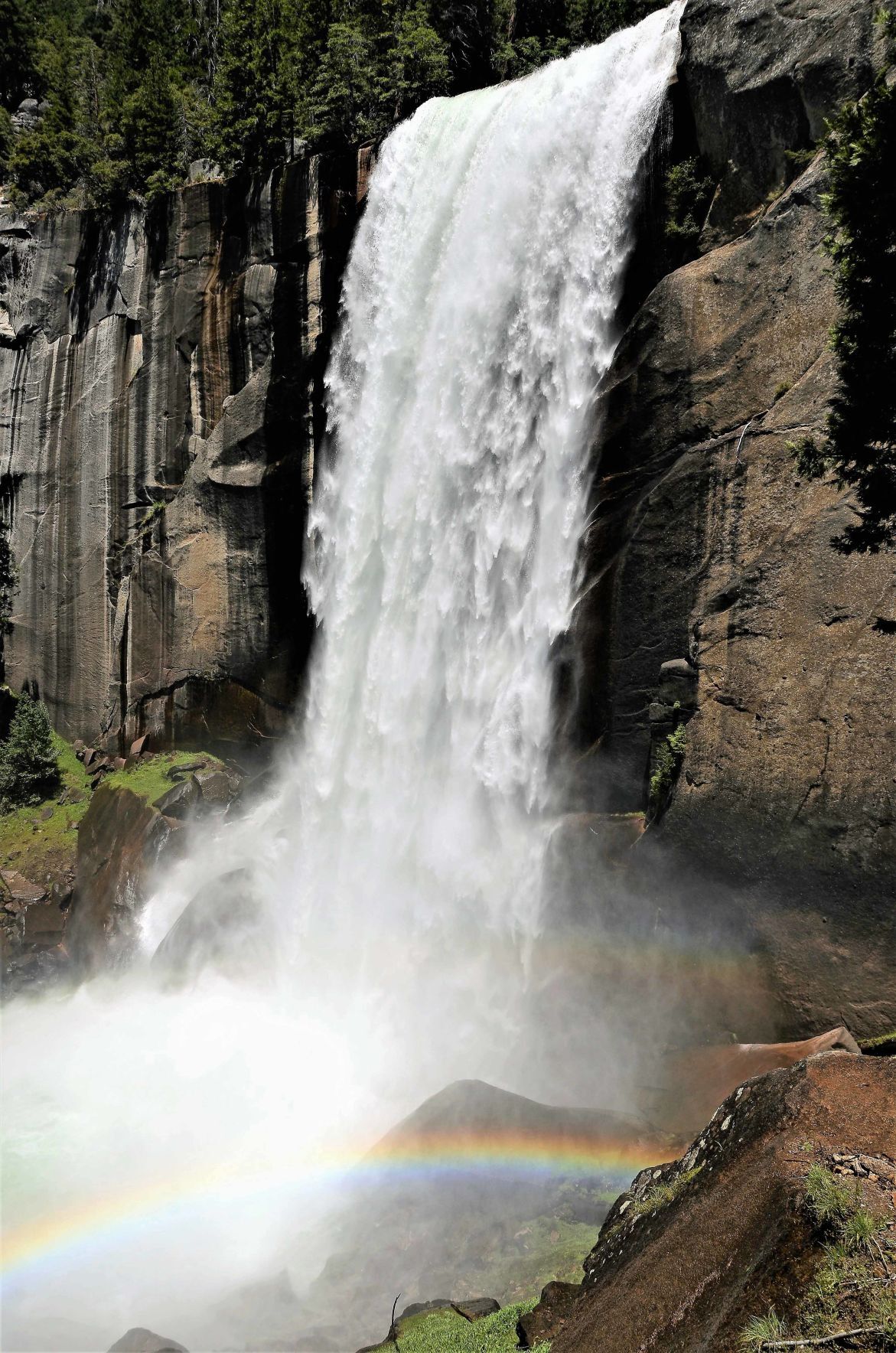 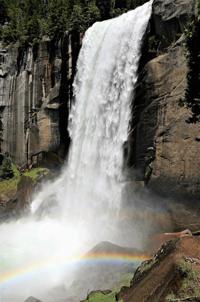 Water flows at Vernal Falls at Yosemite National Park on the Mist Trail during a wet year.

Green grass is seen on the Diablo Canyon lands.

Water flows at Vernal Falls at Yosemite National Park on the Mist Trail during a wet year.

"I have spoken of the rich years when the rainfall was plentiful. But there were dry years too, and they put a terror on the valley.”

No doubt, California's history is a tale of an abundance of rain followed by droughts.

Despite January's atmospheric river that produced vast amounts of precipitation throughout Central California, last week's U.S. Drought Monitor increased the severity of the drought of the Central Coast from a "Severe Drought (D2)" classification to an "Extreme Drought (D3)" level, while much of the Bay Area increased to an "Exceptional (D4) Drought" condition, the most severe level.

The Drought Monitor map is updated weekly and is a joint effort by NOAA, the U.S. Department of Agriculture, and the National Drought Mitigation Center (NDMC) at the University of Nebraska-Lincoln.

From the heavy rainfall of this year’s January to the uncharacteristically dry conditions in February, May, and April, is a perfect example on how California's monthly and yearly rainfall totals are often radically different from one rain season to the next, primarily due to the location of the storm track over the Eastern Pacific.

Probably, the most vivid example of the differences from one year to another was the years from 1861 through 1863.

Toward the end of 1861, a series of storms produced nearly continuous rain that lasted through February over most of California. Los Angeles recorded about 36 inches of rain, while Sonora in the Sierra Nevada foothills measured more than 100 inches!

By February 1862, the Sacramento and San Joaquin valleys became almost an inland sea stretching nearly 300 miles in length, forcing the state capital in Sacramento to move to San Francisco. In addition, the ordinarily salty waters in San Francisco and San Pablo Bay became nearly fresh with a continuous and nearly unimaginably heavy flow of silted water through the Golden Gate.

The Santa Ana River in Southern California became a raging torrent, laying waste to farms along its banks. River settlements throughout California were inundated. But, of course, no one alive today witnessed this terrible series of storms, and weather data from so long ago is sparse.

Many of the state's oldest weather archive records from Monterrey, San Diego, and Sacramento were lost in the San Francisco earthquake and fire of April 1906. However, rainfall records from San Francisco that survived the fire indicated that this deluge was followed by one of the worst droughts to hit the Central Coast.

The longest continuous rainfall observations that I could find for the Central Coast is maintained by the Cal Poly's Irrigation Training and Research Center, available online at www.itrc.org going back to 1869, too late for the 1863 drought.

The closest station I could find with rainfall data in 1863 is San Francisco. That year the station recorded a scant 10 inches of rain during the 1863 rain season. From my experience, I wouldn't be surprised if the Central Coast only received a quarter or even less of that amount, depending upon that year's storm track. In addition, back in 1863, none of our lakes or reservoirs were built yet, dramatically adding to the drought's severity.

Dan Krieger, professor emeritus of history at Cal Poly, wrote, "By the fall of 1863, many traditional watering holes were low. Nojoqui Falls (pronounced Naw-ho-wee) just south of Buellton disappeared for the first time. So, too, did the Santa Ynez, Cuyama, Nacimiento and San Antonio rivers. Santa Rosa Creek along the north coast also dried up. The skies were unusually filled with buzzards. Grizzly bears and wolves that had virtually vanished for a decade began to appear out of the Santa Lucia and coast ranges, pursuing the helpless, dying cattle. Soon, they would also fall victim to the relentless drought."

So what is the future of droughts in California?

In 2002, now retired climatologist Bill Patzert predicted a decades-long drought for California due to changes in the Pacific Decadal Oscillation (PDO) and global warming, which he now calls global heating.

The hypothesis Patzert made more than two decades ago for the Western United States was verified. He predicts that this condition will continue for much of California in the future. That is not very reassuring since we live in a semi-arid area.

"We've really been in a drought since 2000, with some wet years (2005, 2010, 2011, and 2017) in Central California." Patzert told me. "The wax and wane of wet years have given many a false sense of security," he went on to say. "However, California has entered 'a new normal' of significantly more dry years resulting in lower lake levels, less groundwater, depleted aquifers, and skimpier Sierra Nevada snowpack."

In between these dry periods, many climate scientists believe that severe atmospheric rivers, like the 1861/62 event, that stretch across the Pacific Ocean and transport vast amounts of water vapor from near the equator into large storms coming out of the Gulf of Alaska are more likely to occur. These rivers in the sky can carry more freshwater than the Amazon River; meteorologists simply referred to them as "the hose."

Remember, a warmer atmosphere can hold more water vapor, meaning we could see more intense rainfall events. Besides carrying more water, such mild-subtropical atmospheric rivers drop most of their precipitation in the form of rain, not snow, adding to the flood peril.

For some good news:  After nearly one and half years, the Pecho Coast Tail that leads to the Point San Luis Lighthouse and the Point Buchon Trail on the north Diablo Canyon Lands that borders Montaña de Oro State Park will fully reopen to the public on June 15. The trail docents will follow the current CDPH Guidance for Face Coverings for hikes due to the COVID-19 pandemic.

For the Pecho Coast Trail, reservations must be made in advance of the hike. For information, please visit https://www.pge.com/en_US/residential/in-your-community/local-environment/diablo-canyon-trails/history.page

For a van or kayak tour or to arrange a special event at the Point San Luis Lighthouse, visit https://www.pointsanluislighthouse.org/. You also can call 805-540 5771.