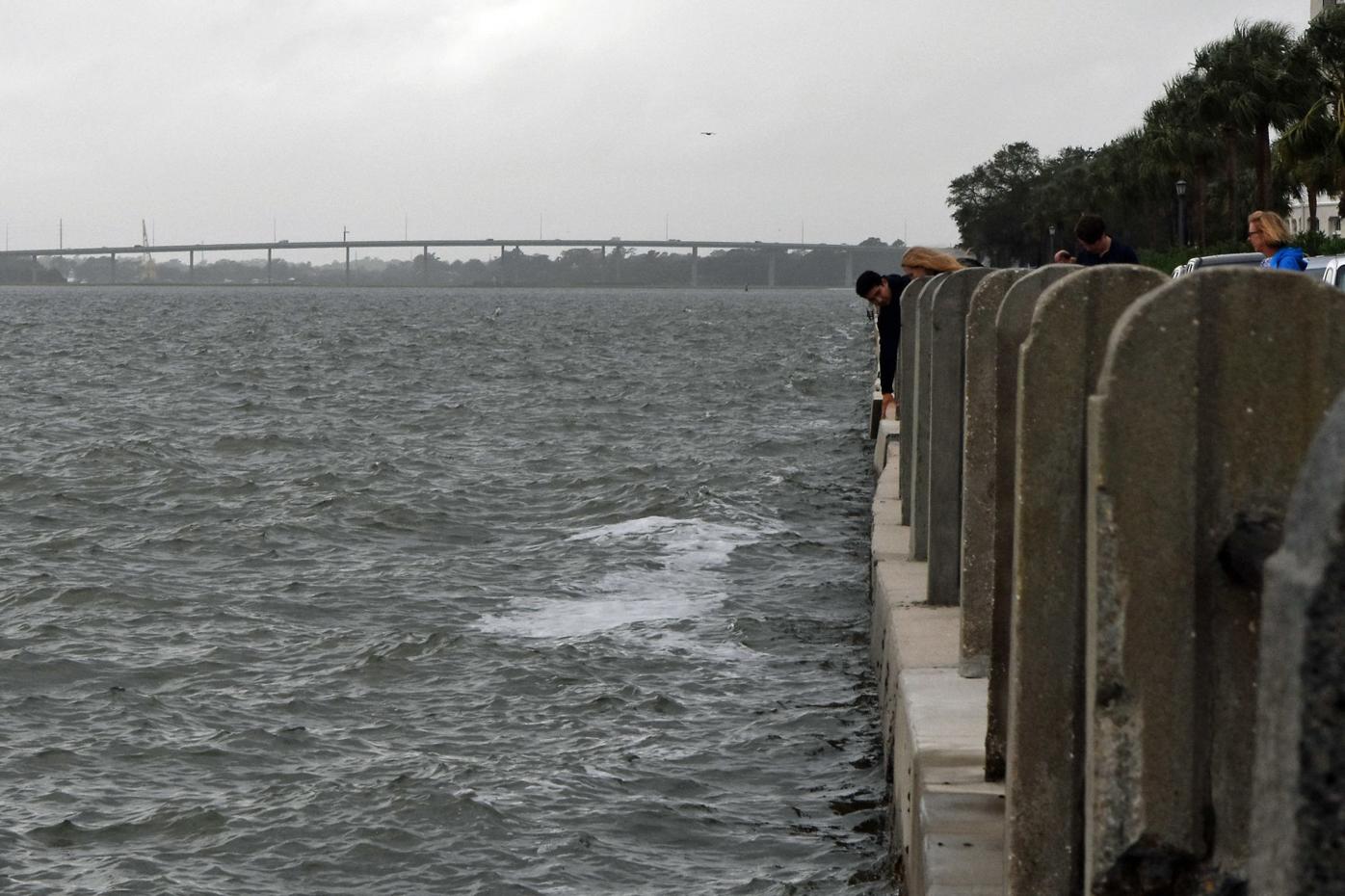 These seawall in Charleston, South Carolina is seen in a photo from John Lindsey. 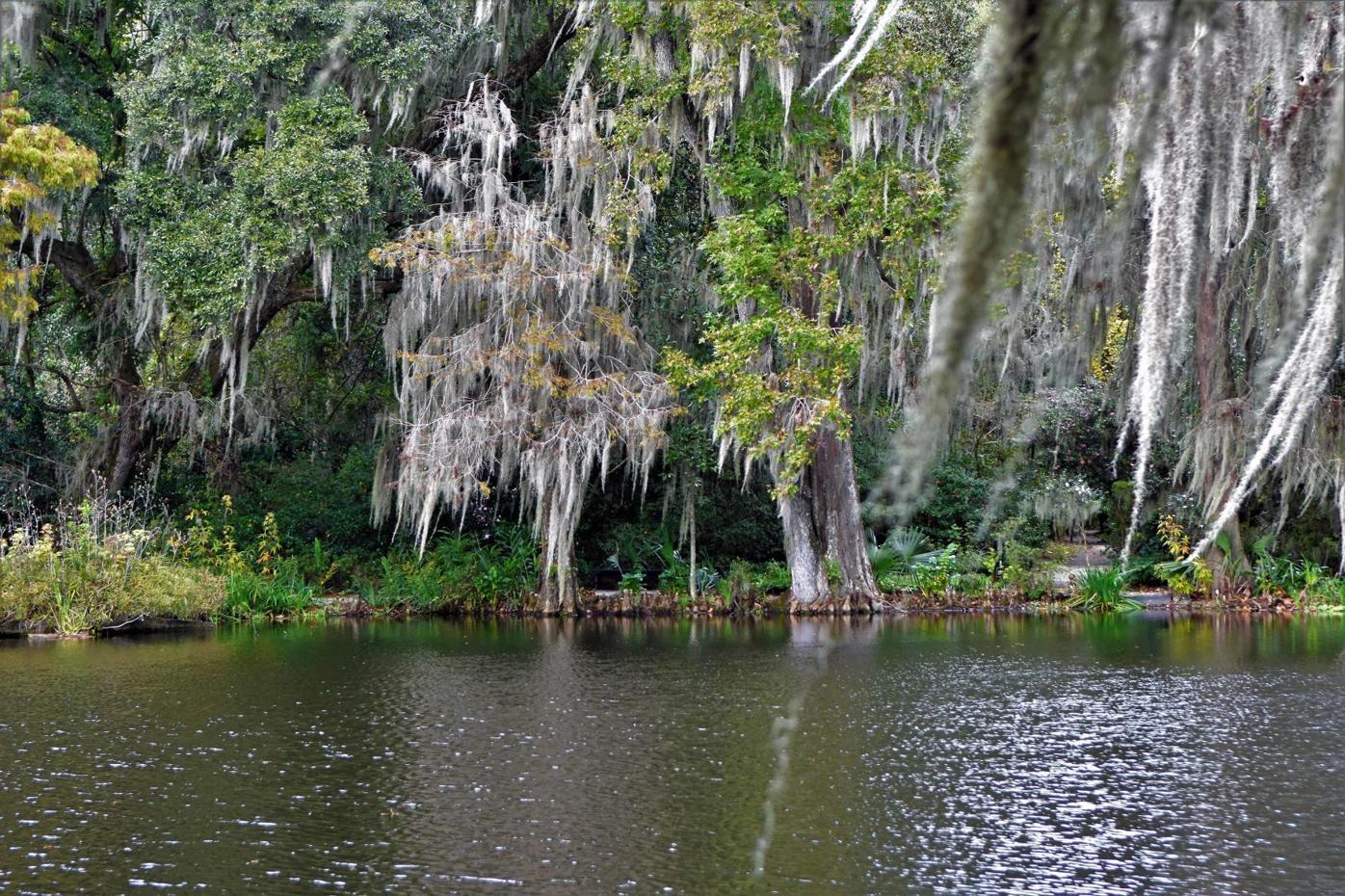 These marsh in Charleston, South Carolina is seen in a photo from John Lindsey.

These seawall in Charleston, South Carolina is seen in a photo from John Lindsey.

These marsh in Charleston, South Carolina is seen in a photo from John Lindsey.

Starting last Saturday, Nov. 14, and continuing through Tuesday, Nov. 17, we will see the phenomenon of "king tides" along our beaches. King tides are the highest and lowest of the year, separated by less than 12 hours.

The term originated in Australia and spread throughout the rest of the nations that border the Pacific Ocean. It is now used in most coastal regions of the world to describe these extra-high tides.

King tides can occur any time of the year but tend to arise more often during late fall into early spring, and here is why.

Gravitational forces exerted by the moon and sun create the timeless tides. When the sun, earth, and moon are closest together, the more extreme the tides will be.

Earth's orbit around the sun is really an ellipse, a shape that can be thought of as a "stretched-out" circle or an oval. The Earth comes closest to the sun in the Northern Hemisphere's winter, which is called Perihelion. This will occur on Jan. 2, 2021, when the Earth is 3.1 million miles closer to the sun as compared to Aphelion when the Earth is farthest away on July 5, 2021.

During Perihelion and perigee, the tides are the highest. The gravitational forces' tugging produces a tidal "bulge," or area of higher sea level on the ocean's surface.

As Earth rotates eastward on its axis, the Central Coast moves into this bulge, which produces a flood tide and, eventually, a high tide. As Earth continues to spin, we move into an area of below-normal sea level, or nodes, which produce an ebb tide, eventually reaching low tide. The slack tide is when the tide is not coming in or going out.

Overall, the maximum tidal range along the Central Coast ranges from more than 2 feet below the mean low water mark to more than 7 feet above it, for a tidal range of more than 9 feet. Typically, we experienced two low and two high tides per day.

The highest predicted tides will happen on Friday through Tuesday during the morning when the predicted high tides will range between 6.5 and 6.7 feet. That will be followed by a minus low tide of 1.4 feet during the afternoon. In other words, the level of the sea will shift 8.1 feet in less than eight hours.

Those flood and ebb tides will create ripping currents in California's bays and estuaries. Not only will the currents be powerful, but the high sea and swell could cause minor tidal overflow during high tide, especially on Tuesday. On that day, an 8- to 10-foot westerly swell (with an 8- to 12-second period) is forecast to arrive along the Central Coast and combined with increasing southerly winds and seas will create a low storm surge.

On the East Coast, these high tides produce huge problems with nuisance flooding, which leads to public inconveniences such as streets and road closures. Unfortunately, as the sea level continues to rise, it is becoming progressively more common in the coastal regions.

In years past, this type of flooding only occurred during storms when fierce winds produced storm surge and large wind-generated waves combined to make seawater intrusion or during the king tides.

Our family visited Charleston, South Carolina, last week. They call it the "Low Country," and for a good reason, much of this colonial-era city lies only a few feet above mean sea level. It has been estimated that nearly 8,000 homes could flood numerous times a year in the greater Charleston County area if the sea level rises by 2 feet.

Our tour guide told us that work to elevate and strengthen the entire Battery Seawall, which protects the Charleston Old and Historic District from the Atlantic Ocean, will continue for years.

In late October, a numerical (weather) model advertised the possibility of gale-force winds,…

Last week saw mostly overcast skies along the coastline, night and morning mist and fog and …

If you ever watched the hugely popular "Game of Thrones," the HBO drama television series th…

Every day, electric and natural gas customers throughout the country are being targeted by utility scams. These imposters typically target customers online, in-person and by telephone. And, this year is even worse due to the ongoing financial impacts of the COVID-19 pandemic. PG&E is taking a stand against scammers by joining its fellow electric, natural gas, water utilities and Utilities United Against Scams (UUAS) in helping customers recognize potential bad actors during Utility Scam Awareness Week from Nov. 16-23.

This autumn will continue to produce a mix bag of gusty winds, periods of dry and clear skies and most importantly rain.

Last week saw rain, this week it will be dry with crisp autumn nights and mornings with mild afternoons.