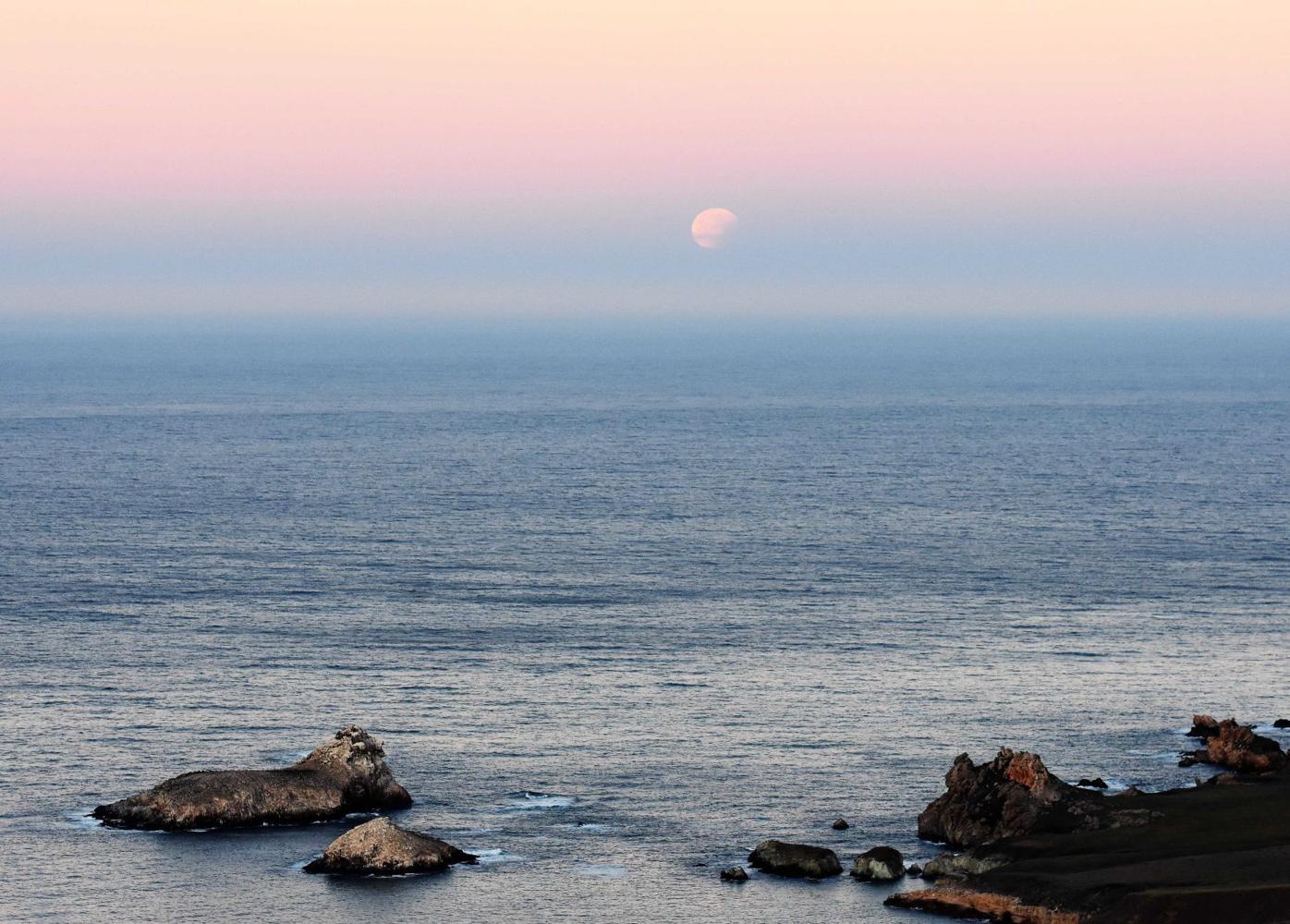 This is a rare red and blue moon combination, thanks to a partial lunar eclipse. 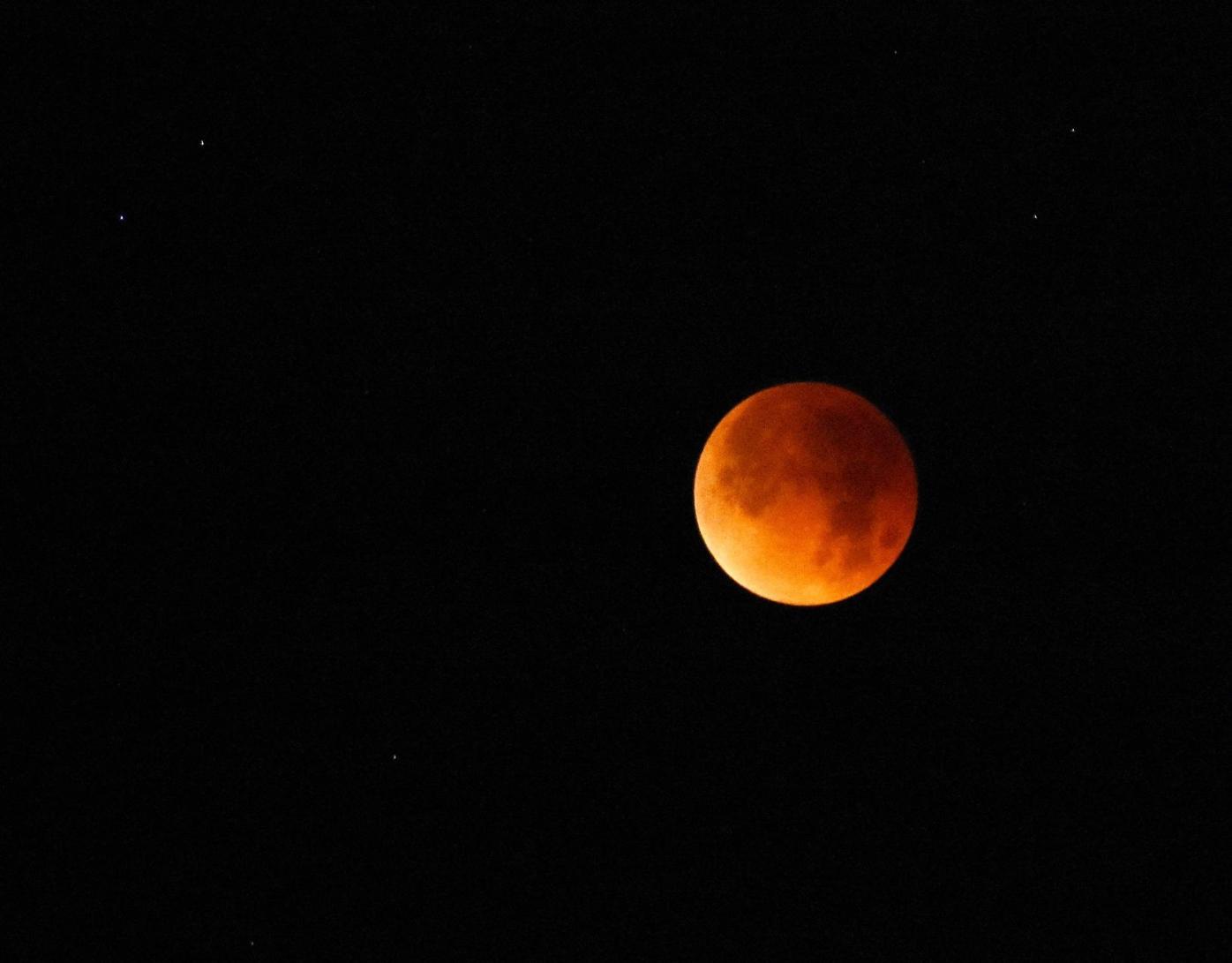 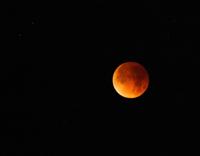 Pictured is a rare red and blue moon combination, thanks to a partial lunar eclipse. 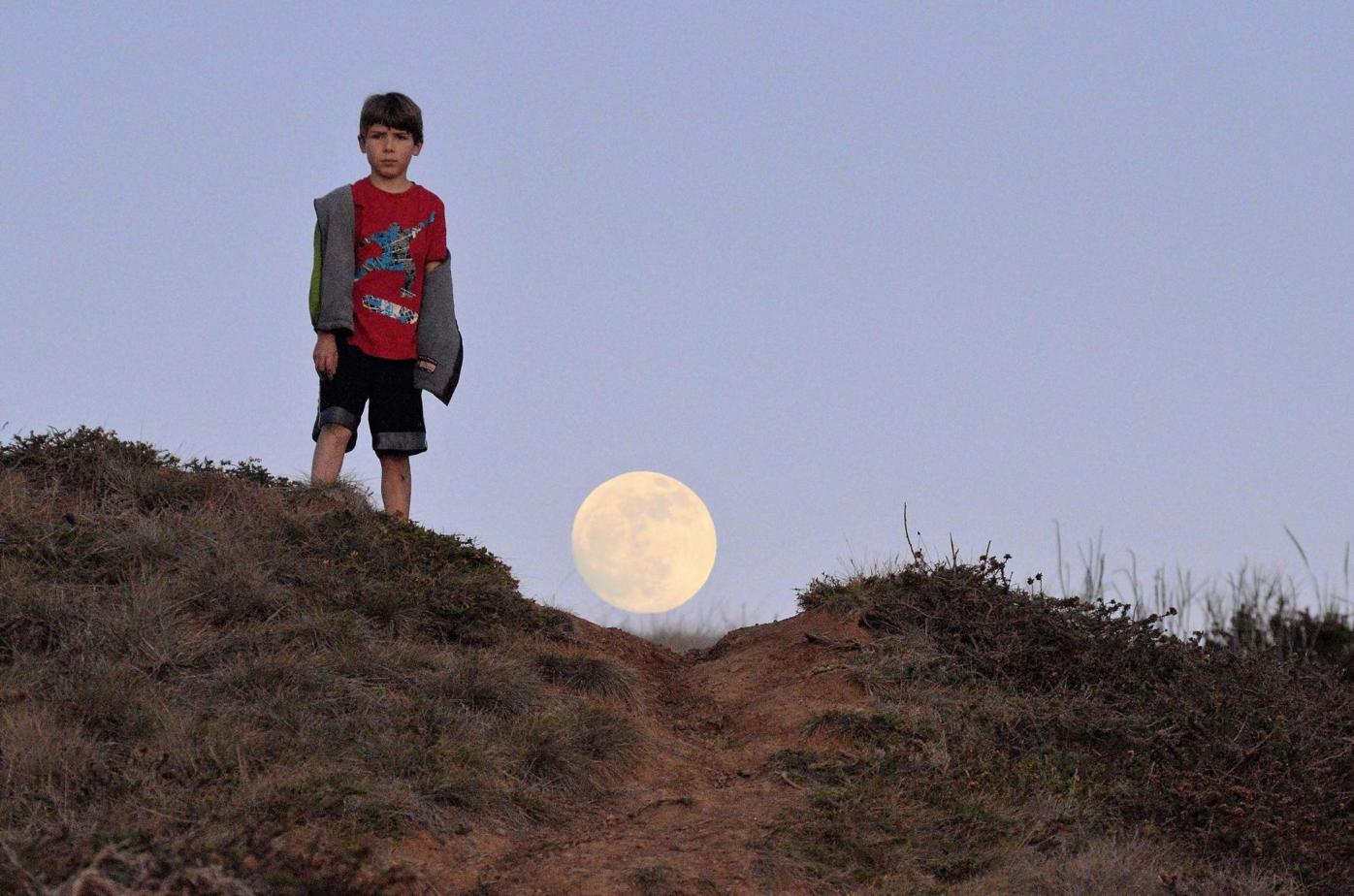 Sean Lindsey positions himself by a supermoon along the coast.

This is a rare red and blue moon combination, thanks to a partial lunar eclipse.

Pictured is a rare red and blue moon combination, thanks to a partial lunar eclipse.

Sean Lindsey positions himself by a supermoon along the coast.

About every 2.7 years, we happen to get two full moons or two new moons in one calendar month. A blue moon is the second such moon of the month.

In January 2018, we experienced two supermoon occurrences. The first one, nicknamed a wolf moon, happened New Year's Night, followed by another supermoon on Jan. 31 — a rare red and blue moon combination, thanks to a partial lunar eclipse.

Thus, when the full moon or a new moon coincides with perigee, it is called a supermoon. A full supermoon appears larger and brighter than usual.

All these different names of moons sparked my curiosity: How many names are there?

Well, according to the Old Farmer's Almanac, each full moon of the month has its own nickname. "June's full moon—typically the last full moon of spring or the first of summer—is traditionally called the strawberry moon," according to the Almanac. This name has been used by the native people to mark the ripening of "June-bearing" strawberries that are ready to be gathered. In Europe, marriage traditionally took place in June. Hence, the alternate term "honeymoon."

The buck moon will rise on the July 4. In August, the full moon is called a sturgeon moon, named for the vast number of lake sturgeon where the Algonquin, the Indigenous people of southern Quebec and eastern Ontario, fished.

The next full moon of the year that falls closest to the fall equinox — the first day of fall — in late September is called the harvest moon. October's is the hunter's moon. The beaver moon occurs in November because those large, hairy rodents are most active preparing for winter. By coincidence, it is typically the last full moon before the winter solstice — the first day of winter. December is the cold moon, the longest night of the year.

These full moons typically correspond to the highest and lowest tides of the month.

The maximum tidal range along the Central Coast can reach from more than 2 feet below the mean low-water mark to more than 7 feet above it, for a tidal range of more than 9 feet.

California's longest continuous tidal record is from the San Francisco tide gauge along the Golden Gate, which has recorded tide data since 1854. The highest tide ever recorded at this location was 8.9 feet on Jan. 27, 1983, and the lowest tide was minus 2.9 feet. On Dec. 17, 1933.

The greatest tidal range that I know of is in the Bay of Fundy on the east coast of Canada, which can exceed 52 feet!

The highest and lowest tides, hence the greatest tidal range, commonly occur in December and January when the Earth is closest to the sun, which is called perihelion.

In other words, the level of the sea will shift 8.7 feet in a little over seven hours. These flood and ebb tides will create ripping currents in California's bays and estuaries corresponding with the rise of the strawberry moon, the last supermoon of this year.

The Central Coast of California has not seen tidal ranges near this intensity since January 2018.

I decided to ask Dr. Ray Weymann, retired director and chair of the Astronomy Department at the University of Arizona, why we are seeing such large tidal ranges in the middle of the year.

The moon exerts more tidal force on the Earth than the sun because of its closer proximally. On June 24, the moon will be close to the earth and, being a full moon, the sun, Earth and moon are aligned, both factors helping to create a large tidal range.

Marine biologist and Port San Luis Harbor Commissioner Jim Blecha made a fascinating observation. During summer, the minus low tides occur at night, while in the winter, they happen during the day. If the opposite occurred, many intertidal (tide pool) creatures and seaweeds would not survive the intense light from the sun directly overhead.

Remember, these are predicted tides. Seawater temperatures are warmer than typical for this time of the year. When the water warms, it causes thermal expansion in the upper levels of the ocean. Consequently, seawater levels can be several inches higher than those predicted in the tide tables.

Other factors like atmospheric pressure and storm surge when the winds blow across the ocean's surface toward the coastline can increase tides. If winds are powerful enough, they can push and pile water on the beaches and raise sea level many feet — or many feet below if the winds blow out to sea.

More concerning, climate change will rear its ugly head at an ever-increasing rate.

"Global warming is driving actual tides to be higher than predicted on the tide charts, as warming waters and melting ice sheets on Greenland and Antarctica raise sea levels across the planet," Josh Willis, NASA oceanographer and climate scientist said.

Please join us on June 26 for Catch of the Central Coast. It is our annual fundraiser event benefitting Central Coast Aquarium's mission to bring marine science education to all! I will be speaking about the strawberry moon. To learn more about this event and to purchase tickets, visit http://www.centralcoastaquarium.com/