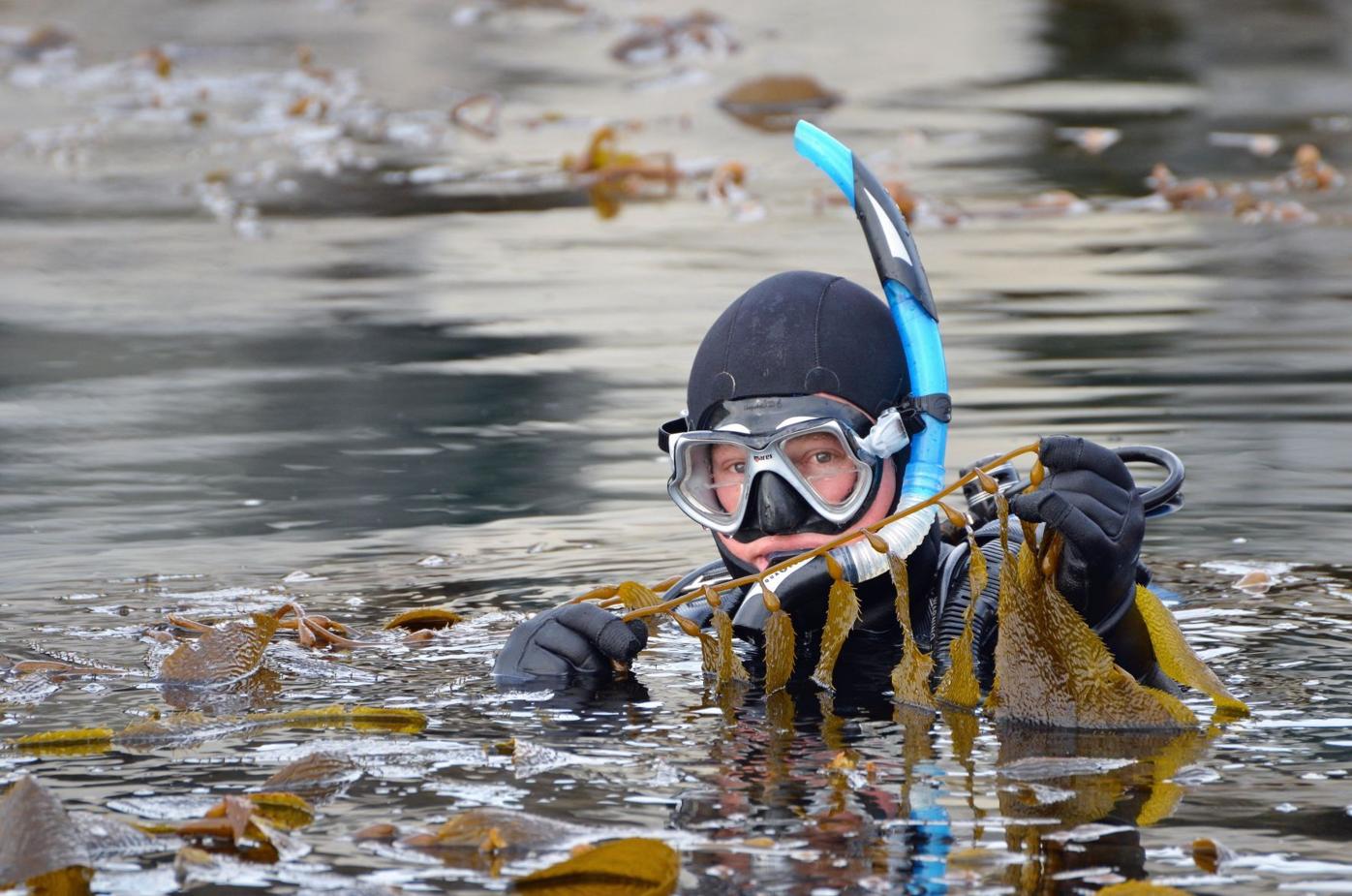 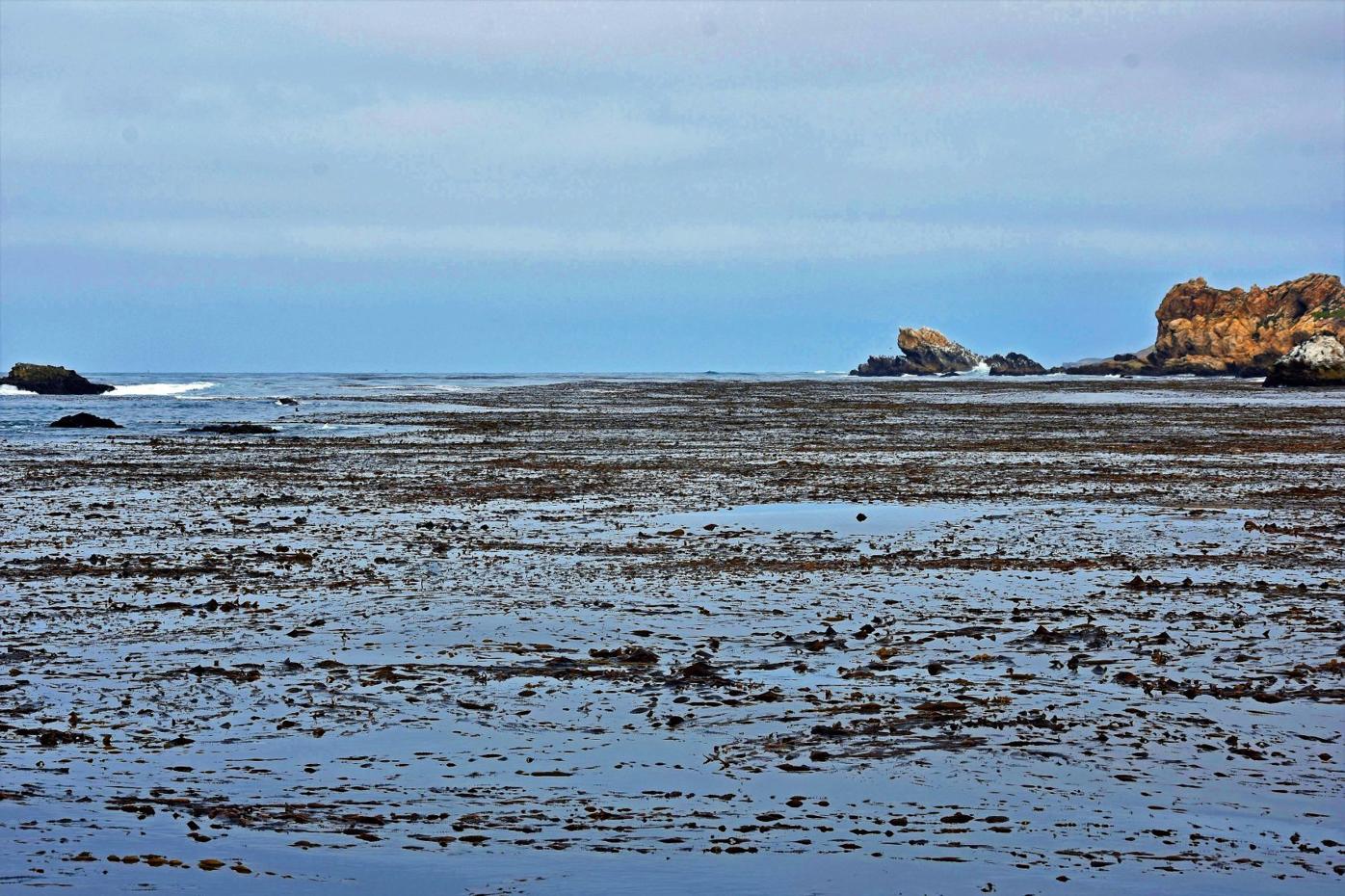 The kelp bed on the Pecho Coast is seen last week. 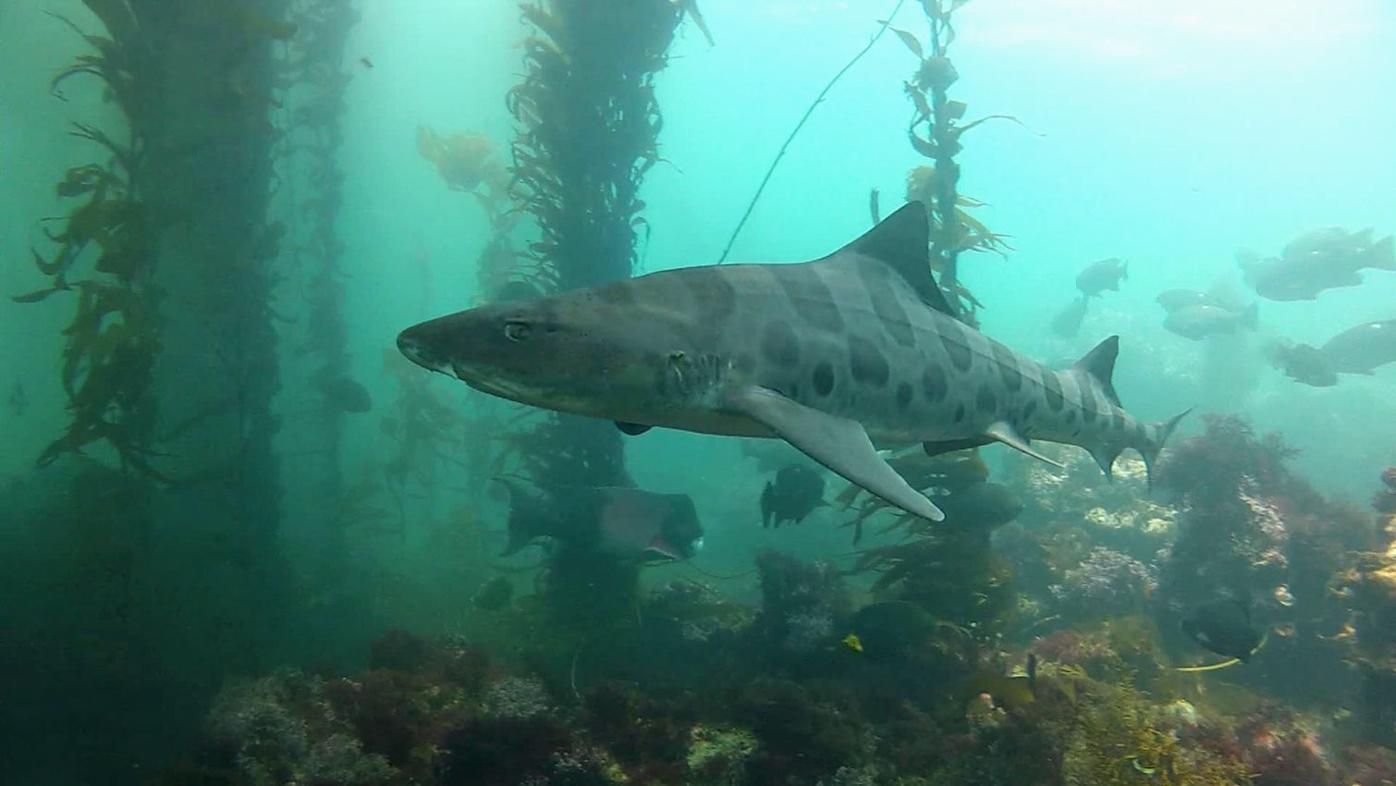 A leopard shark is seen in a kelp forest in this photo taken by Andrew Harmer.

The kelp bed on the Pecho Coast is seen last week.

A leopard shark is seen in a kelp forest in this photo taken by Andrew Harmer.

PG&E announced it will contribute $1.25 million in 2021 to nonprofit organizations assisting vulnerable individuals, families and communities, as well as small businesses, as they cope with the ongoing impacts of the COVID-19 pandemic. To lean more, please visit https://www.pgecurrents.com/

Last week, I received a letter from Michael Harkness.

"I have been surfing and kiteboarding at the Pico creek river mouth at San Simeon for 15 years. There has always been a thick kelp bed about 1/4 mile offshore that runs parallel to the beach for a long distance. Even during storm surges, when the kelp would break loose and end up 2 to 3 feet deep on the beach, there was still a huge kelp forest in place offshore. About 4 months ago, the kelp entirely disappeared. Completely gone, and no evidence of new growth. It was so sudden that I initially thought it had been harvested because there was nothing on the beach. Is this part of the die-off I have been reading about further up the coast? Or urchins establishing a new feeding area?"

There has been a massive die-off of the kelp forests along the Northern California coastline, mainly comprised of bull kelp (Nereocystis leutkeana) which is more dominant in the colder waters up north, and giant kelp (Macrocystis pyrifera) more common along the Central Coast.

They form a leafy canopy in the nearshore along the coastline and are home to numerous marine species, including abalone. It has been widely reported this month that an analysis of satellite imagery by researchers from the University of California, Santa Cruz, found a decline in the kelp forests by an average of 95 percent since 2013 along the Northern California coastline.

Why such a terrible decline since 2013? Marine biologists believe it is caused by numerous oceanographic and biological factors such as warmer ocean temperatures, ocean acidification, and higher-swell energy levels. With that said, the main culprit is the purple sea urchin, and here is why.

Overall, the sea star population along the California coastline suffered a severe decline from wasting disease starting around 2013, allowing purple urchins to venture from their self-drilled crevices in the rocky subtidal without the threat of being eaten by sunflower sea stars. Unfortunately, these cutie-tangerine-sized, deep-purple-colored invertebrates covered by needle-sharp spines have a vast appetite for kelp. They will graze and clear-cut green, red and brown varieties of seaweed and any other types of algae they can get a hold of, creating vast urchin barrens where hardly anything grows on the rocky reefs.

I spoke to Marine Biologist Scott Kimura of Tenera Environmental, who knows more about kelp along the California coastline than anyone I know.

He told me that giant kelp beds change in size and location from year to year; however, many beds are labeled "persistent," meaning they're always there.

The kelp bed that Harkness describes sounds like it's definitely a persistent one and may have suffered the same fate as the kelp forest up north. Along the Central Coast, biologists have reported healthy kelp forests but also a few urchin barrens.

We have not seen the same collapse of the kelp forest along the Central Coast because of the Southern Sea Otter, whose current range extends from Pigeon Point to the north and Gaviota State Park to the south.

They are a voracious predator that eats purple urchins and other invertebrates like mollusk and crabs and keeps the kelp forest ecosystem healthy.

However, in many of the barrens, the urchins are starving and have little nutritional value. In fact, some call them zombie urchins that have resort to cannibalism. In other words, herbivores becoming carnivores, and the sea otters won't harvest them.

"Due to the complexity of climate change on the marine ecosystem, long-term monitoring of the kelp beds is crucial." Kimura said.

Bull kelp is one of the most easily seen types of algae along our coastline that sometimes looks like sea otters or harbor seals holding their heads above water. Its range only extends southward to Point Conception and is one of the most sensitive to seawater temperature change. That could be the first noticeable species of kelp that could be impacted by warmer seawater.  None of this is comforting, considering the enormous amount of greenhouse gases we keep pumping into our atmosphere.