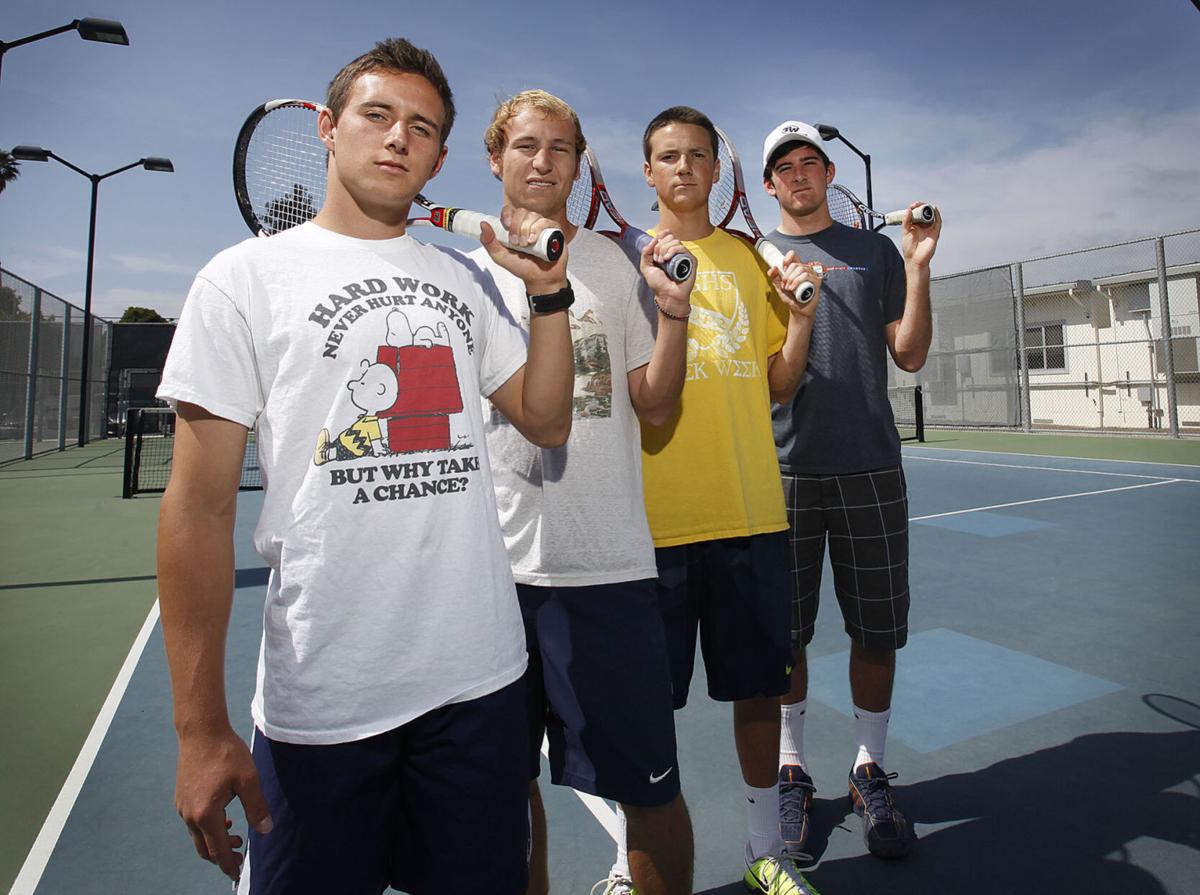 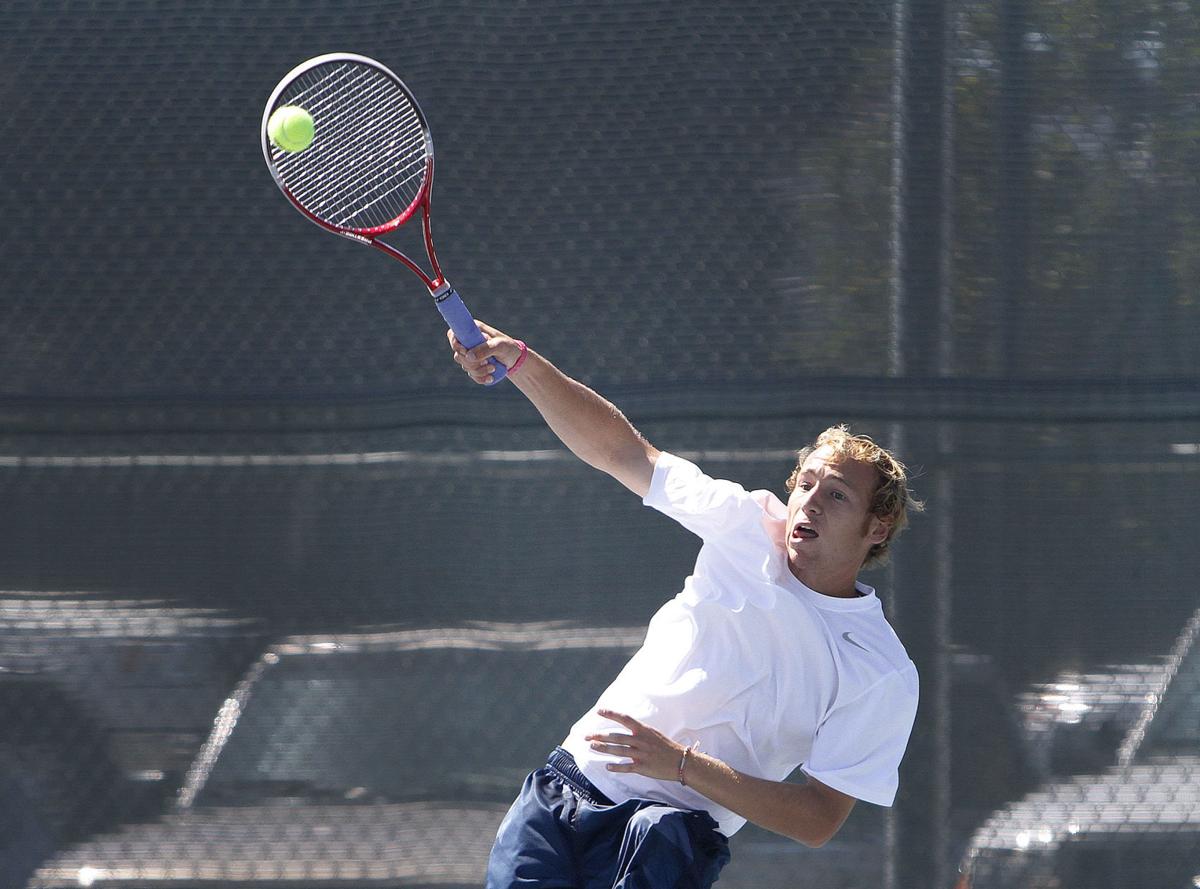 Arroyo Grande High's Sean Hollister returns the ball during a CIF playoff match against visiting Cypress High in the Division 3 CIF quarterfinals in 2013. 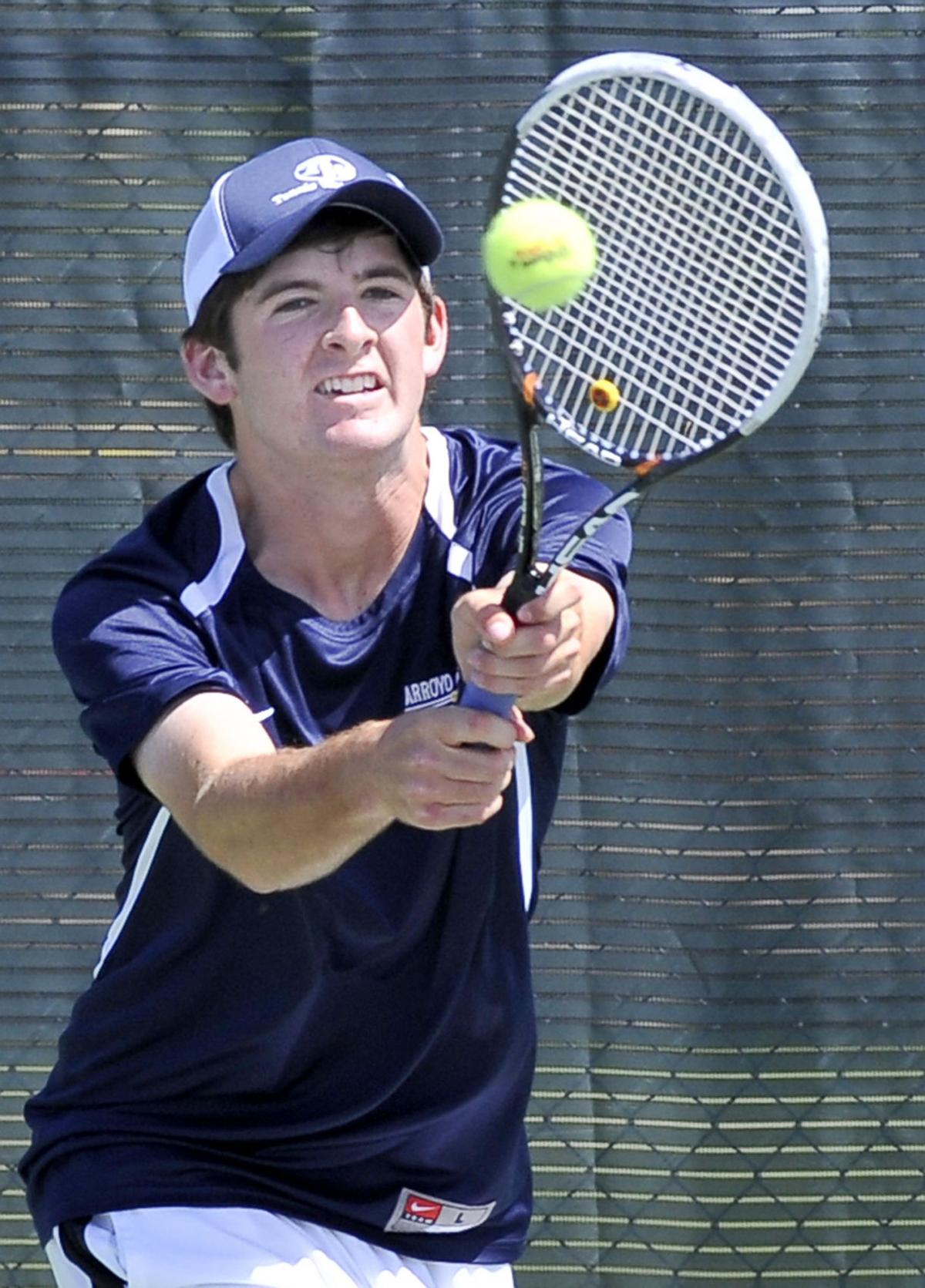 One win that eluded her had been one in a CIF Southern Section divisional championship. That changed in 2013 when the Eagles beat arch rival San Luis Obispo 13-5 in the Division 3 championship at the Claremont Club.

The sectional divisional title was the first for an Arroyo Grande tennis team in school history.

“Sean got the clinching point for us, and that made it extra special,” Lori Hollister said afterward.

Sean Hollister is Lori Hollister’s son. He was the Eagles’ No. 2 singles player.

Hollister, Eli Whittle and Derek Lakowske combined for a nine-for-nine day in singles sets for the Eagles.

“54 games to seven. That’s about as commanding as it gets,” said Lori Hollister.

The Eagles swept their three matches against the Tigers that year.

“We were a little nervous at the start because we’d played them twice before and we knew how they played,” said Laughton.

“But after we got down 0-3, we just started playing smarter. We got in a groove and played the way we can play.”

Laughton said, “This is one of the high points of my high school career, for sure.”

“We’re hurting a little bit,” San Luis Obispo coach Ken Peet said. “We thought we had a chance to win.”

After those two big upsets, “I think we just ran out of juice a little bit today.”

Arroyo Grande won the Division 3 championship with the last of three 13-5 playoff wins.

Both Whittles were four-time league singles champions. Both signed to play tennis in college, and Sophie Whittle had a big career at Gonzaga.

Sports have been written off and discounted as a welcomed distraction lately, something to watch on TV to get our minds off the chaos around us.

Like clockwork, Hollister, who spent more than a decade coaching girls and boys tennis at Arroyo Grande High School, would phone the local newspapers with her team's results each time her team played.

And, just about every time, Hollister would have good news to report.

Arroyo Grande High's Sean Hollister returns the ball during a CIF playoff match against visiting Cypress High in the Division 3 CIF quarterfinals in 2013.