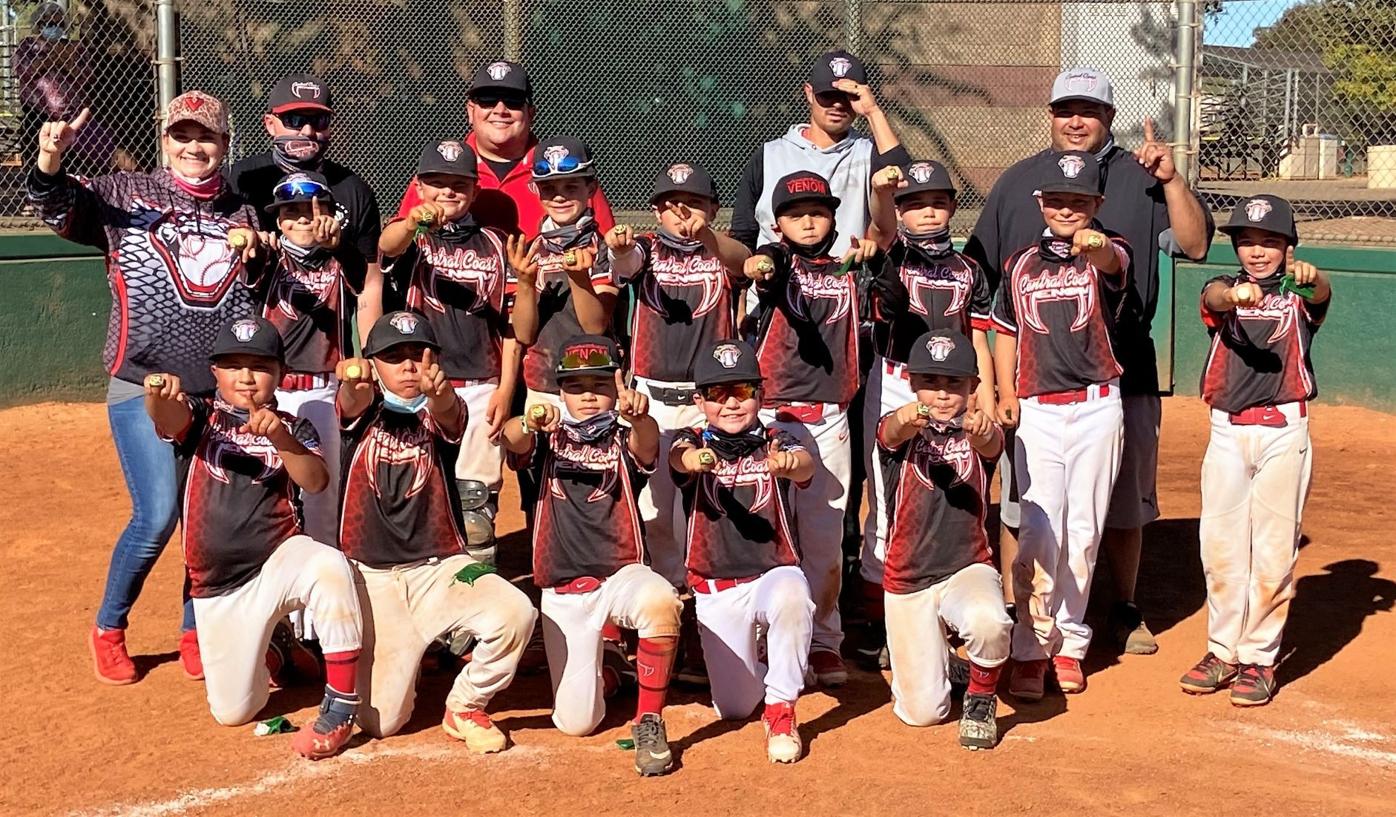 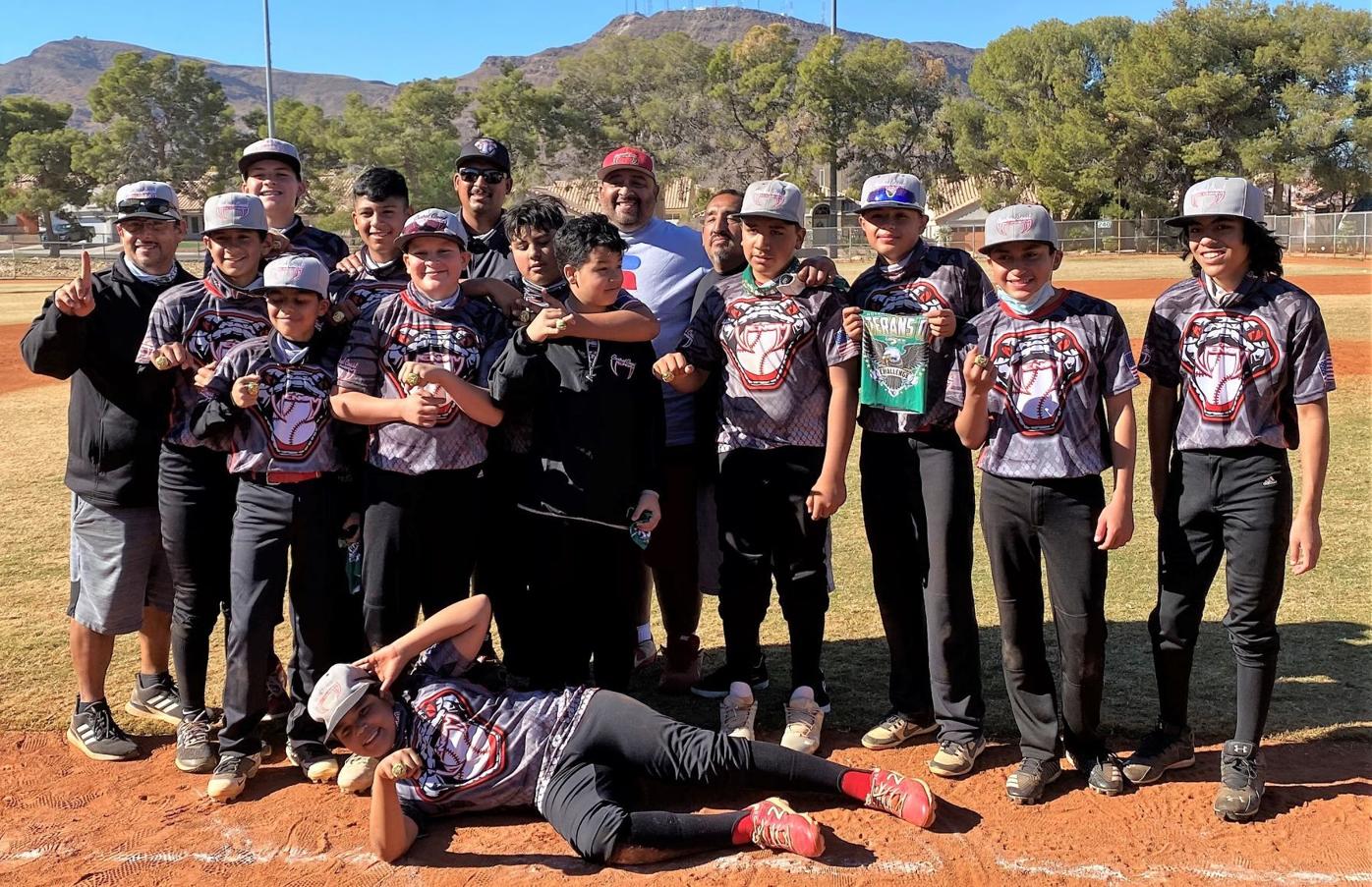 The Central Coast Venom 13U team and 10U squad each won a championship at the Veterans Day Challenge Tournament that took place earlier this month.

The Venom baseball program is comprised of players who hail from Nipomo to Lompoc.

“This year, because of the COVID-19-related restrictions, everybody was trying to get in, so the tournament was grouped into one division. We’re a Double-A team and one of the really nice things was, we beat a Triple-A team in the semifinals.”

Martinez said, “That team had allowed only six runs in the tournament, and we scored six that game.”

The Venom 10U squad won its last three games after a 1-2 tournament start to take the crown, defeating the Monrovia Mash 18-10 in the championship game. The Mash beat the Venom 10-7 in the locals’ tournament opener.

Venom shortstop Mase Martinez, the manager’s son, took care of things for the last out in the championship game. He corralled a sharp ground ball and threw to second baseman Angel Gauna for the last out. Mason Padilla was the winning pitcher.

The Venom 13U squad rolled through the tournament with a 5-0 record. After outscoring the opposition by a combined 43-9 its first four games, the Venom defeated the Golden Spikes 12-7 to win the championship.

The Venom beat the Golden Spikes 11-2 in the locals’ second tournament game.

“This championship was just a complete effort - the pitching, the hitting, the base running,” said Central Coast Venom President Jason Ramirez, who is also one of the 13U team’s coaches.

“Gabe Barraza and Ruben Gaitan-Hernandez did most of the pitching in the tournament, but we planned it out so that our other pitchers could get plenty of work as well,” Ramirez said.

“Both Manny Ramirez and Dominik Hernandez hit 300-foot home runs during the tournament, which was nice to see.”

Manny Ramirez, who is Jason’s son, was 9-for-15 with a team-leading 11 RBIs during the tournament. He was also the winning pitcher in one of the tournament games.

“Temp checks for all players and coaches had to be submitted daily on an online form. Coaches and fans had to wear masks at all times. Players had to wear masks except when they were playing in the game. Unfortunately, we lost one of our fans in the championship game. He wasn’t wearing a mask.”

Martinez said, “Only the players’ immediate family members were allowed as spectators, and they had to sit in their own seats, wear masks and social distance. They could not sit in the stands.”

The Venom 10U manager said the players took it all in stride.

“Masks came with their uniforms, they followed protocols before practices, with the masks, distancing and sanitizing, so they were used to it,” said Martinez.

The coaches were Jason Ramirez, Jesse Barraza and Junior Hernandez.