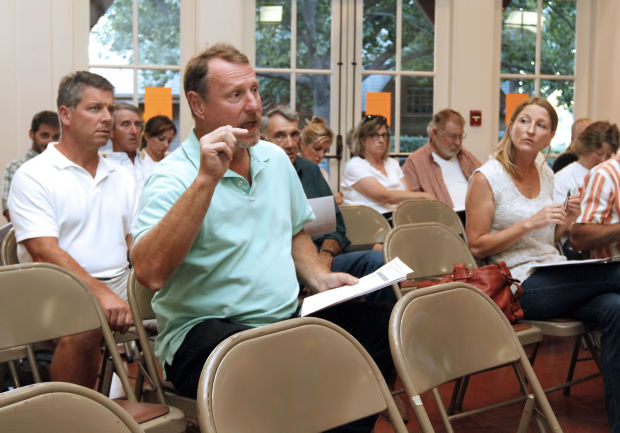 Michael Dobrotin, vineyard manager at Lavender Oak Vineyard, brings up a land use question Thursday during a meeting about the Santa Barbara County winery ordinance. 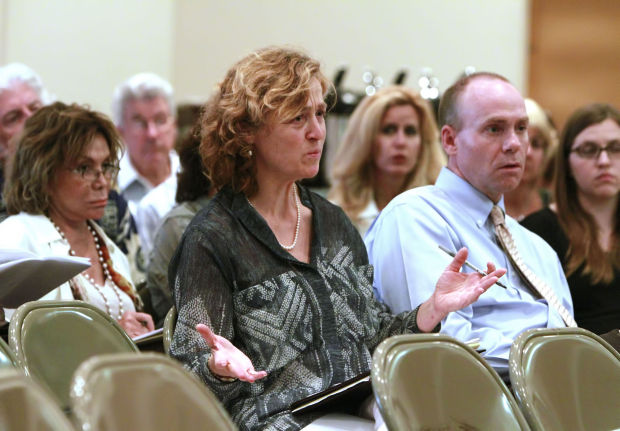 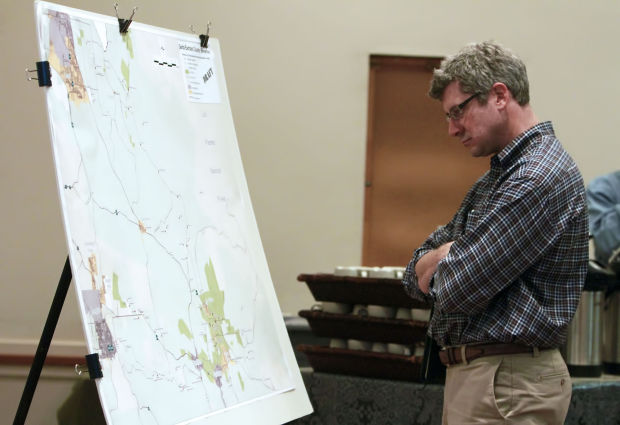 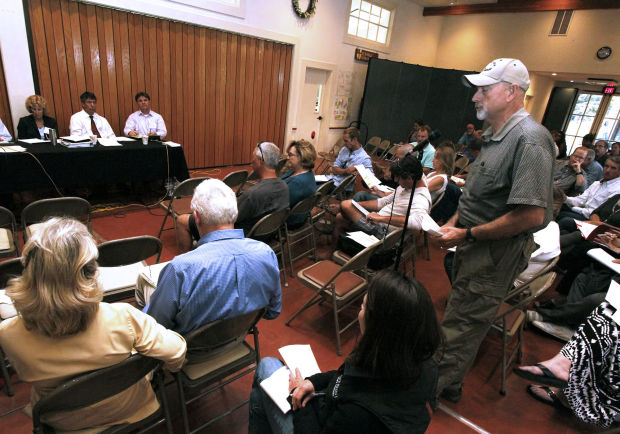 Michael Dobrotin, vineyard manager at Lavender Oak Vineyard, brings up a land use question Thursday during a meeting about the Santa Barbara County winery ordinance.

At the forefront of the project, unanimously directed by the Board of Supervisors in 2011, are improvements to the current ordinance making the permitting process easier for new wineries and vintners, while trying to regulate increasingly popular special events.

The proposed changes presented in a nearly two-hour workshop are based on outreach and informal talks with members of the wine industry and concerned neighbors over the past year. The revisions are in draft stage, said facilitator Susan Klein-Rothschild, public information officer for the county Public Health Department.

“Nothing is done. This is early in the process,” she said to the crowd of about 50 in Stacy Hall at St. Mark’s-in-the-Valley Church.

County Planning and Development Director Glenn Russell said the preliminary proposals are meant to improve the winery permitting process and to make the process more efficient. Balancing the needs of many stakeholder groups is the biggest challenge, he said.

As proposed, the ordinance calls for a four-tiered permitting process ranging from a minimum of 2 acres of planted vineyards for Tier A to a minimum of 30 acres planted for Tier D. The current ordinance is a three-tiered matrix.

Some speakers asked for the winery visitor maximum to be kept at 80.

Wes Hagen, winemaker at Clos Pepe Vineyards, said tasting rooms in Santa Barbara County during 2012 saw the biggest increase in visitors, 12.4 percent, in the country, and he noted 43 percent of wine sales are from the tasting rooms. Their operations should not be hampered, he said.

Santa Barbara County Vintners’ Association Executive Director Morgen McLaughlin said a proposed limit of up to 10 “members of the trade” at the Tier A level at one time on the property is too low and that lowering the visitor maximum from 80 to 50 would be a challenge to enforcement. She asked for a scale depending on size for visitors.

“Members of the trade” would be defined as “wine media, press, critics, wholesalers, agents, brokers and other people who are directly related to the business aspects of the winery.”

Matt Allen, a lawyer who lives in Los Olivos, said 7 p.m. is an “unrealistic closing time.” He added the 50-visitor limit is arbitrary to make the maximum the same for all size properties and would be taking away income.

“Winery visitor” would be defined as “all persons visiting the winery structural development and/or vineyard on the winery premises such as members of the trade and/or public or private attendees at a tasting room, vineyard /winery tour, cooking class, winemaker dinner, wine club event, or other winery related activities. Persons attending a winery industry-wide event, visiting residences in agricultural activities not directly associated with the winery are not considered winery visitors.”

Special events, such as concerts, weddings and charitable gatherings, would be more strictly regulated.

On-site food preparation and service would be allowed on all tiers, except Tier A, but no menu service or restaurants would be permitted.

The proposed food rules are restrictive and vague, said Ben Vanantwerp, and “food in the stomach” prevents drunken driving.

A second public workshop to discuss and respond to comments from Thursday’s meeting is expected to be set in November — after the harvest and before the holidays, Klein-Rothschild said.

For information on how to comment on proposed changes to the existing winery ordinance, contact county agricultural planner Stephanie Clark at 568-2048 or sstark@countyofsb.org or visit http://longrange.sbcountyplanning.org/programs/winery_ord/winery ordinance.php.