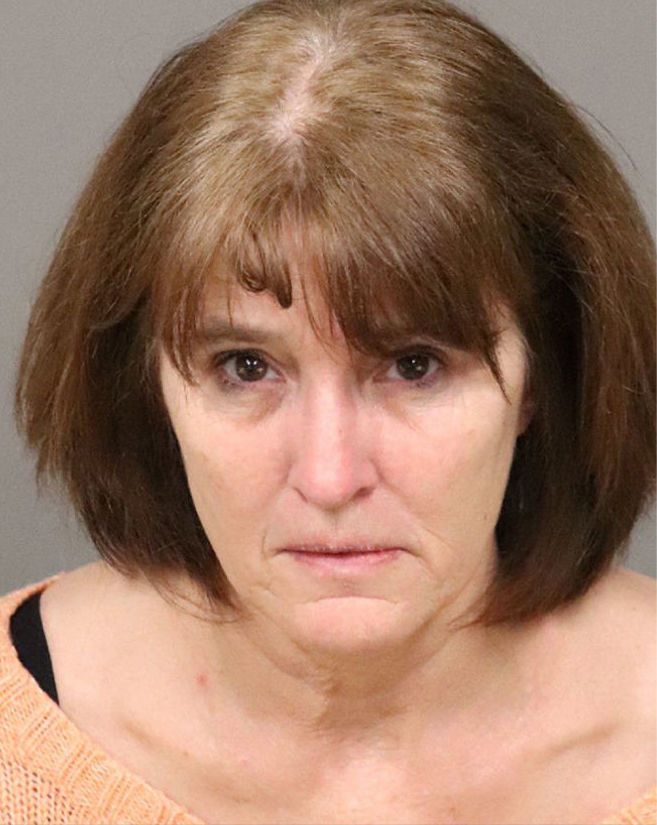 A Central Coast bookkeeper pleaded not guilty Monday after she was arrested and charged with embezzling more than $5 million from two south San Luis Obispo County agricultural businesses for more than a decade.

Ginger Lee Mankins, 55, of Pismo Beach, is charged with 15 felony counts of grand theft by embezzlement and 10 enhancements related to her time as a bookkeeper for B&D Farms and Rick Machado Livestock, according to San Luis Obispo County District Attorney Dan Dow.

Mankins was arrested Thursday after a nine-month police investigation and booked into San Luis Obispo County Jail. Her bail has been set at $330,000.

She pleaded not guilty to the charges on Monday, according to a District Attorney's Office spokesman.

The alleged embezzlement spanned more than a decade, including theft from Machado Livestock from May 2007 to February 2018 and B&D Farms from August 2012 to December 2019.

Dow said Mankins exploited her trusted position as a bookkeeper with the two companies to get access to the money and conceal her theft.

Mankin reportedly funneled the money into several accounts, including one for Wapita Inc., an Arroyo Grande-based company that she owns, and used it to pay Wells Fargo and American Express credit cards, according to the complaint.

In some instances, Mankins transferred the stolen funds between accounts owned by Machado and B&D owner Gary Mckinsey, the complaint alleges.

Mankins' alleged theft went undetected for more than a decade until it was discovered by Machado and Mckinsey around March 2018.

Mankin is scheduled to appear for an arraignment at 8:27 a.m. Feb. 14 in Department 1 of the San Luis Obispo County Superior Court.

A person who was killed Saturday in Lompoc died from gunshot wounds, not injuries from a stabbing, the Lompoc Police Department reported Monday afternoon.

Police initially announced the homicide Saturday night and reported that an unnamed victim had died from stab wounds around 3 p.m. near North Fourth Street.

In Monday's update, the Lompoc Police Department noted that further investigation revealed the victim had actually died from gunshot wounds in the 700 block of North Fourth Street.

The identity of the decedent still has not been released by police. The investigation remains active and no arrests have been made.

The Lompoc Police Department is asking that anyone with information about the incident contact investigators at 805-736-2341.

Police are investigating the stabbing death of an unidentified individual about 3 p.m. on North Fourth Street and looking for the public’s help, a Lompoc Police Department spokesman said.

Officers were called to a location somewhere on North Fourth Street about 3:12 p.m. by a report of an individual who had a stab wound and was not breathing, the spokesman said.

When officers arrived, they found the victim was dead.

Neither the name, age and gender of the victim nor the exact location of the killing were provided by police; however, investigators area asking anyone with information about the crime to contact the Police Department at 736-2341.

Information can be left anonymously, the spokesman said. 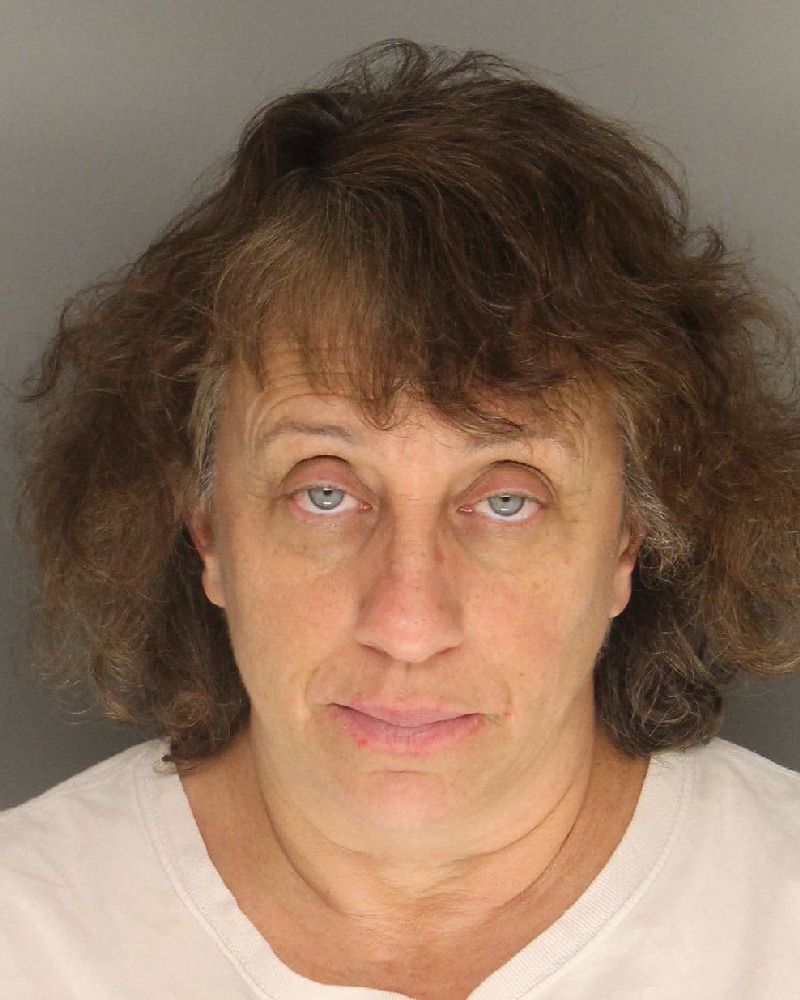 A Superior Court judge on Wednesday determined there was enough evidence to uphold felony charges against a San Jose surgeon who is accused of attacking another woman at a Goleta bowling alley during a December court-ordered visitation with her son before fleeing to Montana.

Colosi, 55, pleaded not guilty on Dec. 27 to four felonies including attempted murder, attempted kidnapping, attempted child kidnapping and assault with a deadly weapon likely to produce great bodily injury; and violating a court order to prevent domestic violence, a misdemeanor.

Colosi was listed on Lompoc Valley Medical Center's website as an orthopedic surgeon who saw patients at the hospital's North H Street facility, although a spokeswoman said Colosi never worked there.

Her charges stem from the morning of Dec. 8 when she met with her son and the victim, identified as Cindy Haan, in the parking lot of Zodo's Bowling and Beyond, according to sheriff's spokeswoman Raquel Zick.

During the visitation, Colosi allegedly struck Haan at least twice in the head and across the face with a metal object that left an inches-long gash that extended down the middle of Haan's face, according to court records.

Colosi fled the scene without her son, Zick said, then chartered a private jet from the Lompoc Airport to Montana with $900,000 in cash she withdrew from her bank account.

Police in Whitefish, Montana, arrested Colosi on Dec. 10. She was extradited on Dec. 19 to Santa Barbara County, where she was booked into the Main Jail. No bail amount has been set.

Colosi is set to appear for an arraignment on information at 8:30 a.m. Feb. 10 in Department 12 of Superior Court in Santa Barbara.

The sixth annual Operation Reclaim and Rebuild enforcement operation was conducted between Jan. 26 and Feb. 1 in conjunction with Human Trafficking Awareness Month.

She said the arrestees’ names can’t be released yet because the investigation is continuing.

The County Human Trafficking Task Force was established in 2016 with a $1.34 million U.S. Department of Justice’s Bureau of Justice Assistance grant that was renewed in 2020 with an additional $1.2 million in funding for three years, Zick said.

Villanueva said 76 adult and 11 minor victims were recovered, 266 men were arrested on suspicion of solicitation and 27 suspected traffickers and exploiters were arrested.

In all, 54 human trafficking task forces and 11 law enforcement agencies were involved in the statewide operation focused on rescuing victims and helping them rebuild their lives.

Zick said anyone who suspects someone is a victim of human trafficking should call the Sheriff’s Office Anonymous Tip Line at 805-681-4171 or provide an anonymous tip at www.sbsheriff.org/home/anonymous-tip/. 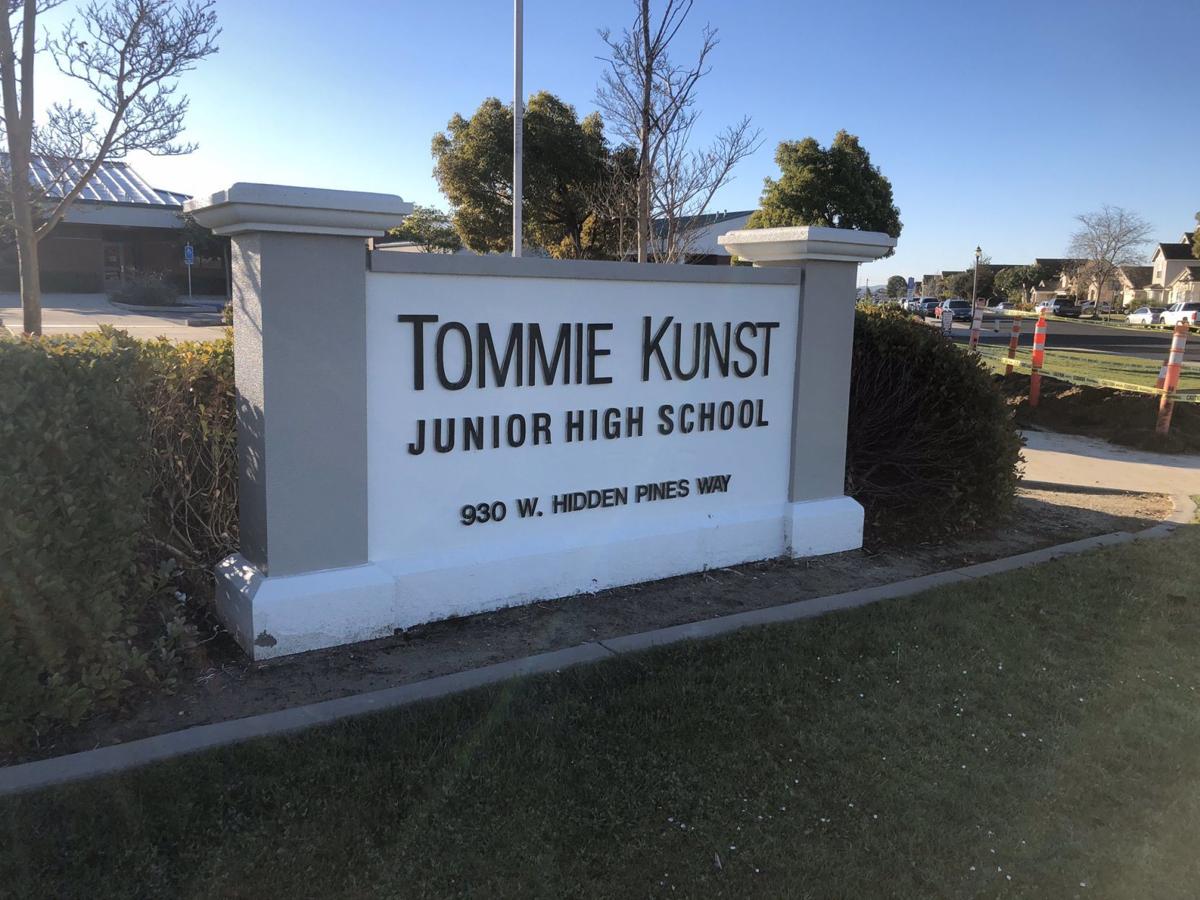 Officials at Tommie Kunst Junior High on Friday blamed social media for exacerbating a remark between students that prompted a Santa Maria Police investigation into alleged threats of violence made against the middle school.

Santa Maria Police detectives became aware of the threats Thursday night but later determined they were not credible, according to school Principal Barbara Jones.

The investigation started after a student made a general, verbal threat to another student, according to Maggie White, spokeswoman for the Santa Maria-Bonita School District.

Jones said a student overheard two male students sitting in class having a conversation in which one student allegedly said, "Just don't come to school tomorrow."

At no point in the conversation was there mention of a gun or weapon, Jones added, yet the comment apparently was taken out of context and posted to social media later that night.

At approximately 10 p.m., Jones was notified by Santa Maria Police detectives, who interviewed the two students at their homes.

The school's superintendent also sent out a notification to board members and staff, Jones said.

A 13-year-old student was identified by the Santa Maria Police as the person responsible for the alleged threat, said spokesman Sgt. Paul Flores, adding no one was arrested.

Detectives are working alongside school officials to investigate the incident, Flores said.

"There really was never a threat other than what social media produced," Jones said. "It got enhanced when it didn’t need to be enhanced."

On Friday morning, Jones notified parents there was no imminent danger. She also made an announcement to the school to reassure students and staff that that campus was safe.

School officials have launched their own investigation into how the student's comments were blown out of proportion. Jones added there most likely will be consequences for the students involved but did not give specifics. 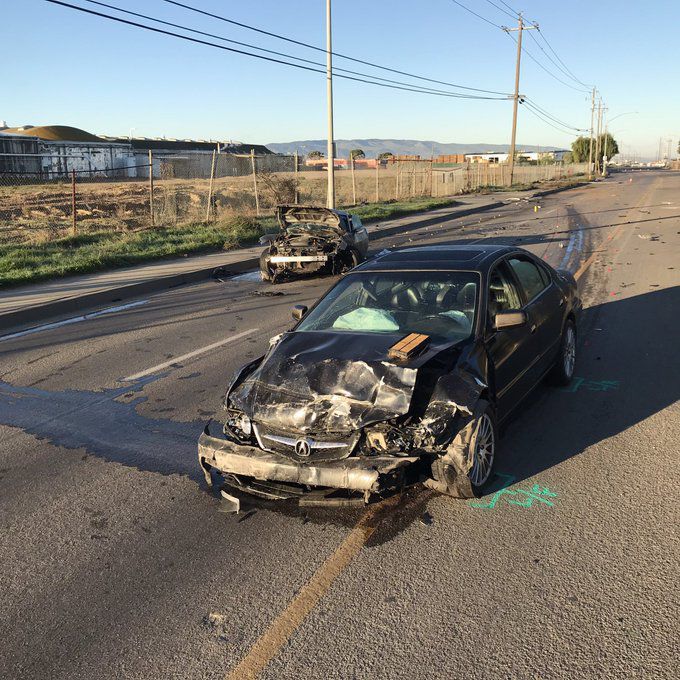 A man was arrested Friday on DUI-related charges following a fatal traffic collision near the corner of Blosser and Stowell roads, according to Santa Maria Police.

A Nissan sports car and Acura sedan collided at approximately 1:19 a.m. Friday along Stowell Road between Hanson Way and Blosser Road, according to Sgt. Paul Flores.

One driver, who has yet to be identified, died in the collision.

Lee was later arrested and booked into jail for gross vehicular manslaughter while intoxicated and driving a vehicle under the influence causing injury, according to Santa Maria Police.

The identity of the deceased driver has yet to be released pending notification of next of kin.

Speed and alcohol appear to be factors with both drivers, although the cause still is under investigation, Flores added.

The section of Stowell Road between Hanson Way and Blosser Road was closed for most of the day Friday as the Santa Maria Police Traffic Unit continued to investigate, Flores said.

A Santa Barbara County sheriff's helicopter aided the investigation by taking pictures of the scene. 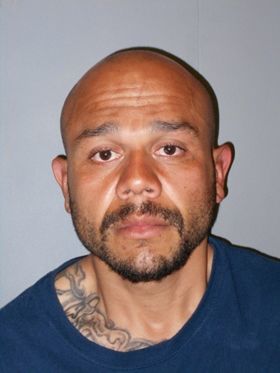 One man is hospitalized and another is on the run following an alleged stabbing that occurred in Lompoc on Tuesday afternoon, according to a police spokesman.

Lompoc Police Sgt. Bryan Dillard said officers responded at 2:19 p.m. to a report of a stabbing in the area of 800 N. G Street, where they found a male laying in a courtyard and suffering from a single stab wound to the torso.

Officers provided first aid for the victim until fire and medics arrived and assumed responsibility for his care, Dillard said.

The victim was transported to the Lompoc Airport and flown to an area hospital via air ambulance for further treatment.

During the course of the investigation, police identified 32-year-old Alex Denys Medina, of Lompoc, as the suspect, according to Dillard.

Anyone with information about the alleged stabbing or whereabouts of Medina is asked to immediately contact the department.

Anonymous tips can be made through Lompoc Police Department's app or by calling 736-2341.

Get local Crime & Courts updates directly in your inbox!

We're wherever you are. Get 90% off when you join today!