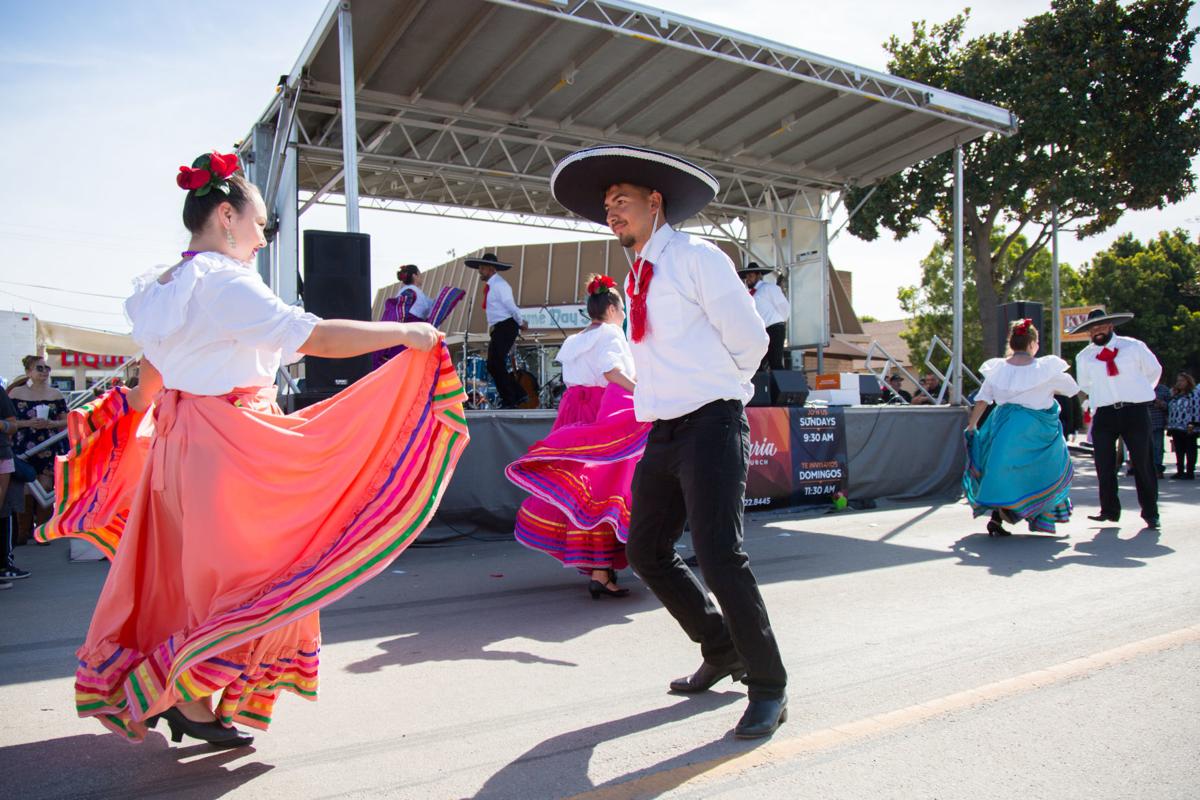 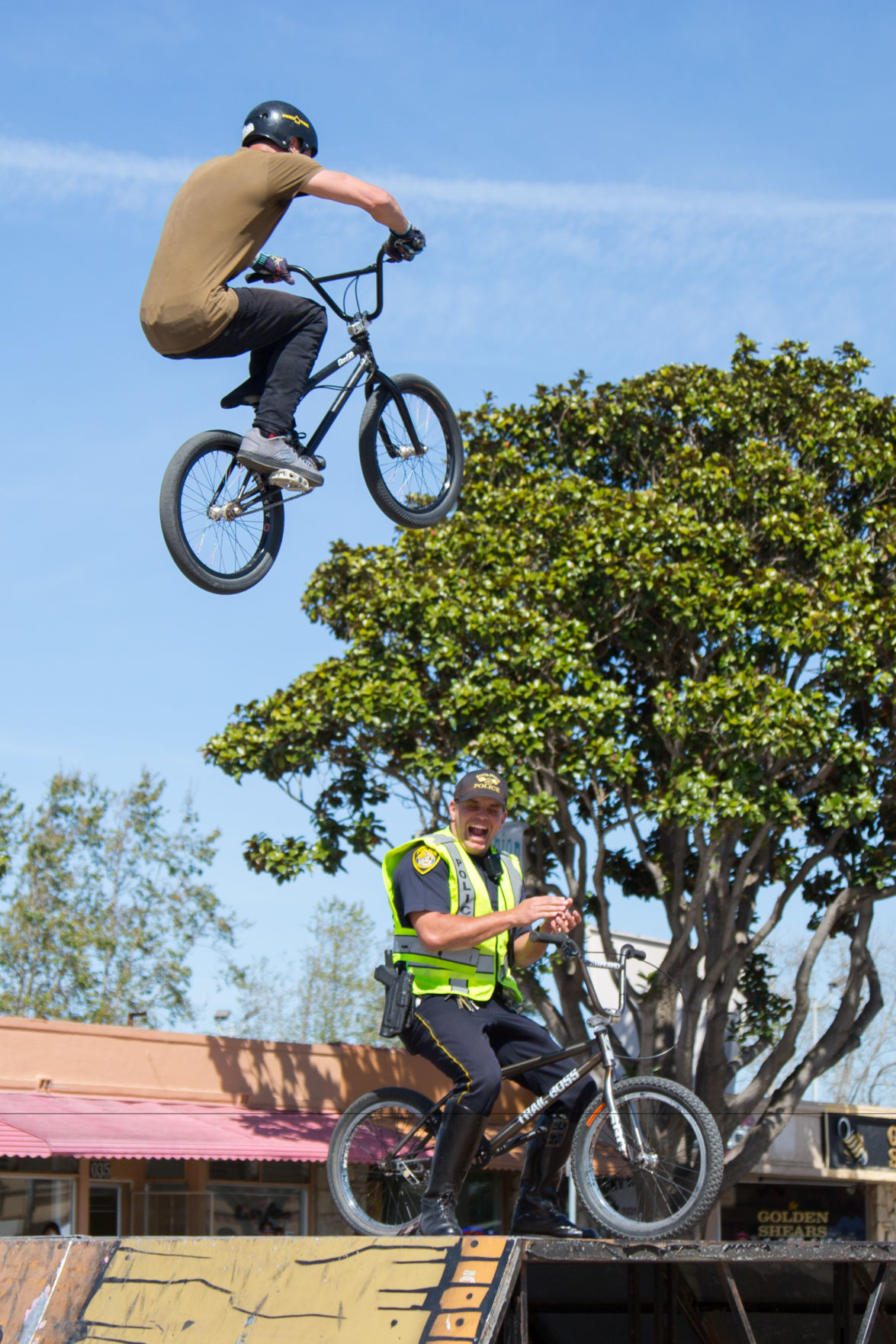 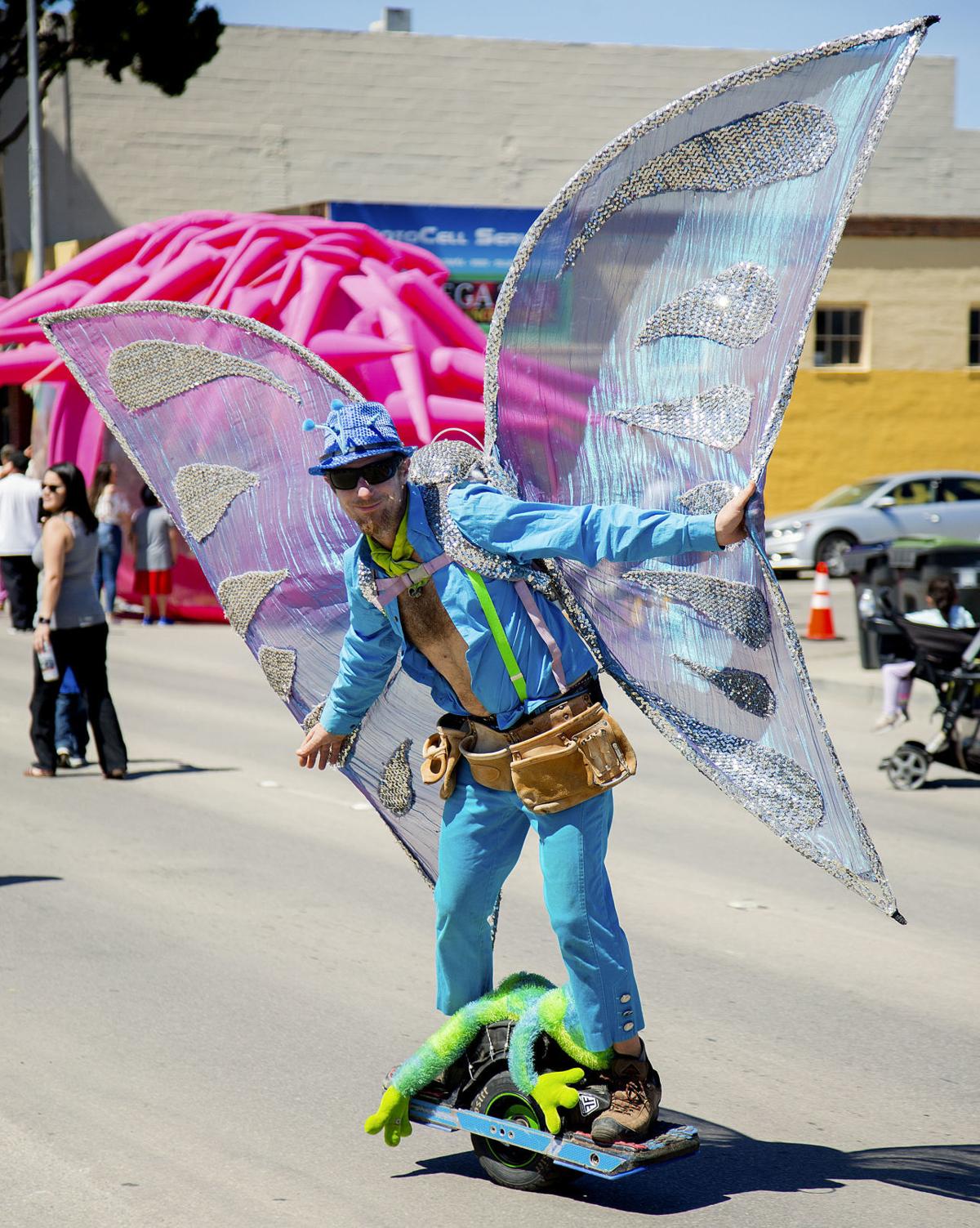 A participant rolls down Main Street during Open Streets Santa Maria on Sunday. 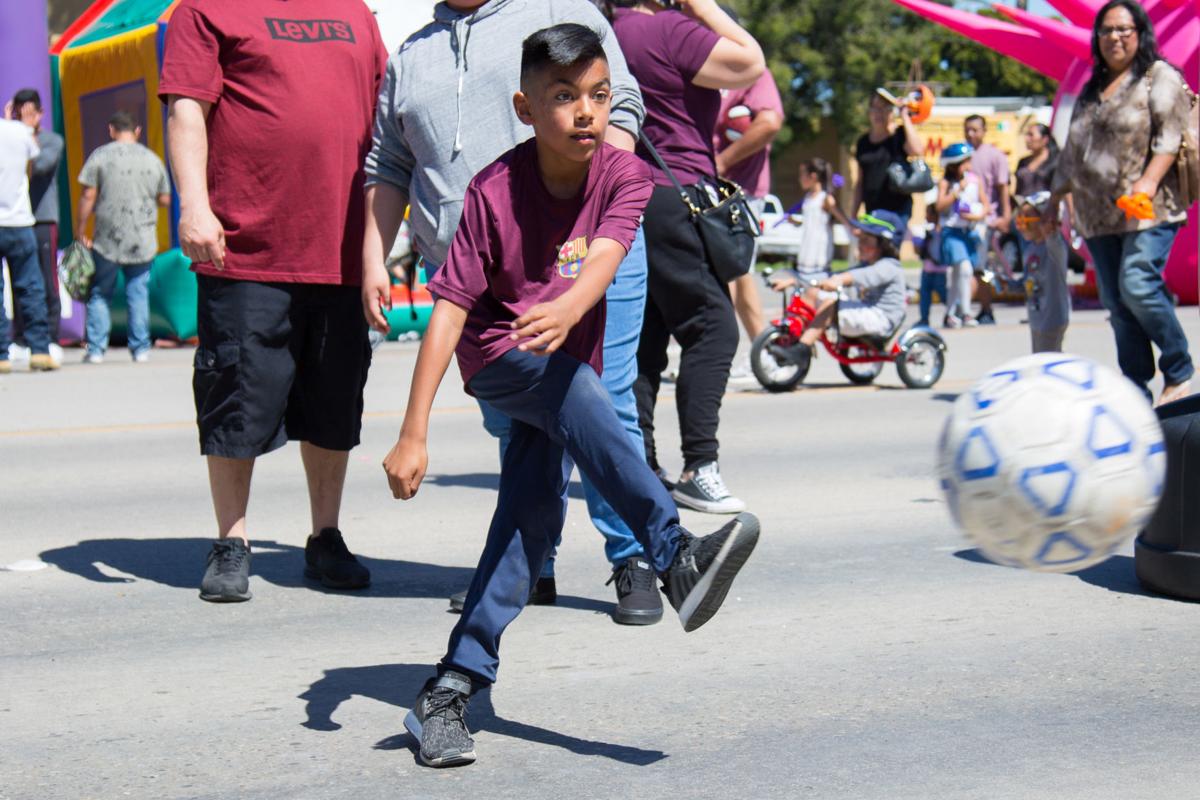 Roman Cortez, 10, from the Coastal Valley Soccer Club, shows off his soccer skills during the 2019 Open Streets Santa Maria.

Santa Maria Open Streets organizers are gearing up for next year after Sunday’s event drew thousands of people to become what may be the largest public gathering in the city.

Organized by the Santa Barbara County Association of Government’s Traffic Solutions Division, the event closed Broadway to Blosser, allowing pedestrians, bicyclists and skaters to take full advantage of the street while promoting the use of alternative modes of transportation and bringing together community members.

“It was busy from 11 a.m. all the way to 5 p.m.,” event organizer Carlos Escobedo said. “There were all these people having fun — kids on their bikes, families playing, dancing. We had great talent in every area of the street. It was a celebration of Cesar Chavez, a celebration of the businesses of Main Street and a celebration of Santa Maria.”

Escobedo said the Police Department estimated attendance was 15,000 to 20,000 people — a number that approximates or exceeds the attendance for the annual Elks Parade.

“It was a lot more than our expectations,” Escobedo said. “We thought, if we get 10,000 people, that would be a dream come true.”

Planning for Open Streets began over a year ago. Similar events have previously been held in Guadalupe, Carpinteria and Lompoc. The concept of an "open street" event originated in Bogota, Colombia, where in the sprawling metropolis, approximately 70 miles of roadway are reserved for bikes and pedestrians every Sunday.

In Santa Maria, a mile-long stretch of Main Street was closed, making room for 170 organizations and businesses, with their booths, and over 100 free activities. The Boys & Girls Club, the Santa Maria Valley Humane Society, the YMCA and numerous other organizations were among participants Sunday.

The event was a boon for businesses along Main Street as well.

“A few of the Open Streets volunteers told me some businesses ran out of food since they had so many customers,” Escobedo said, adding that he was happy the attendance didn’t drop during any part of the event.

Oscar Acosta, the owner of Tom’s Take Out, said some businesses were initially hesitant about how Open Streets might affect them, but in the end it largely benefited many stores and restaurants.

"We actually did benefit, majorly," he said.

Acosta said his suggestion for next year’s event is to involve businesses along the route early on in the planning.

“I was saying [to another nearby business owner], next time we should get together and be involved more,” he said. “I think some people were upset because they weren’t that informed about what it was.”

Escobedo said organizers are set to begin formal planning for Open Streets 2020 in the coming days.

Over the long term, Escobedo said he hopes that Open Streets could be held monthly or even weekly.

“Right now, it’s just an idea. But Open Streets was also an idea once, so why not?” he said. “It’s not the end; it’s the beginning of something bigger coming to Santa Maria.”

After drawing thousands of community members to West Main Street to bike, skate, dance and walk during its inaugural event earlier this year, Santa Maria Open Streets will return on March 29, 2020.

After a successful first year with over 15,000 in attendance, Santa Maria Open Streets is preparing to feature even more hands-on activities and resources at their second annual celebration.

A participant rolls down Main Street during Open Streets Santa Maria on Sunday.

Roman Cortez, 10, from the Coastal Valley Soccer Club, shows off his soccer skills during the 2019 Open Streets Santa Maria.