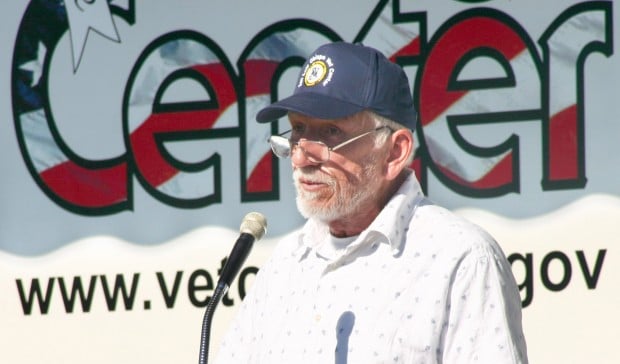 Veteran Steve Dudich talks about Agent Orange, at the opening of a new veteran’s office in San Luis Obispo. 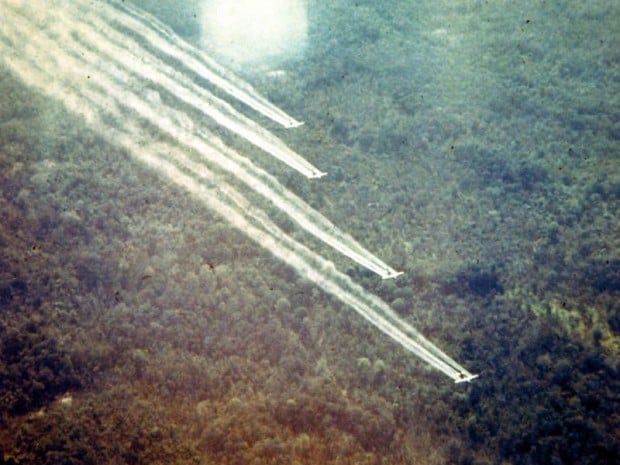 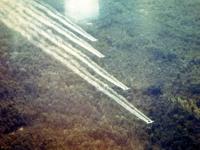 Veteran Steve Dudich talks about Agent Orange, at the opening of a new veteran’s office in San Luis Obispo.

Steve Dudich was a fresh-faced teenager not far removed from East High School in Akron, Ohio, when he had his first experience with Agent Orange.

Dudich’s parents allowed him to join the U.S. Marine Corps when he was only 17, and after boot camp in South Carolina he found himself in the first of two tours of duty in Hue, Vietnam, near the demilitarized zone (DMZ) between the north and south.

It was 1962 and it was Dudich’s job to call in map coordinates for Naval artillery strikes.

“Going into Agent Orange was like it had a musty smell to it. It was a reddish-brown-colored fog that would be in the air,” said Dudich, who served much of his first tour with troops of the Republic of Vietnam. “We were in combat and I ran through a bamboo thicket. It kind of gave me hundreds of little injections with (Agent Orange). Within five minutes I looked like I had been burned by acid. I didn’t know what to do. I tore my clothes off and fought in my skivvies. I got hit with a huge dose on that occasion.”

That was the first of too many encounters with the toxic herbicide over the following four years. He said soldiers would eat food from the jungle or local hamlets that had been contaminated. They would drink the water and bunk down in the foliage that had been sprayed. The chemical exposure along with post traumatic stress disorder has left Dudich permanently disabled.

The 66-year-old Arroyo Grande resident has suffered from polycythemia, a rare blood disease that increases the number of red blood cells, and he has had superventricular tachycardia, a condition where his heartbeat increases to dangerous levels — 250 beats per minute, Dudich said.

“The last time, I thought ‘I’ve just had enough of this.’ I thought I would just go guard the gates up in heaven,” he said. “To die isn't a bad thing. I've had all of these health problems. I was just tired out. I'd had enough.”

Dudich also has suffered from pheochromocytoma, a rare tumor of adrenal gland tissue that causes uncontrolled heart rates, high blood pressure and abdominal pain. He has had tumors in his bladder and lungs.

He has broken out in chloracne, a skin condition of cysts and pustules that is triggered by exposure to certain chlorinated dioxins, a condition Dudich said is a result of Agent Orange exposure.

He has what he calls “internal hemorrhoids” that can rupture without cause.

“I’ll just be walking along and lost a pint of blood. It’s just like, instantly, blood gushes out of me,” he said.

Between 1962 and 1971 the United States military sprayed nearly 20 million gallons of chemical herbicides and defoliants in Vietnam, eastern Laos and portions of Cambodia.

On Nov. 14, Dudich will be on hand at a town hall meeting at Shepard Hall in the Santa Maria Public Library to discuss Agent Orange, its affects on ground troops and what benefits are due to Vietnam veterans. The meeting, titled “Vietnam Veterans — Faces of Agent Orange,” begins at 5:30 p.m. It is sponsored by the Vietnam Veterans Association California State Council.

“This has never been done in Santa Maria before,” said Richard Segovia, Central District Director for the California VVA. “We’re going to put on this presentation for awareness. Several of our members have passed away recently from diseases connected with Agent Orange. Not only have they gone through it, but their children are going through it.”

Segovia said researchers have discovered that the effects of exposure to the dioxins in the herbicide can be passed on through seven generations.

Dudich said his history backs that claim. His three children are now battling the effects of Agent Orange, he said, which range from uncontrollable shakes, lymph node disorders and psychological problems in his two daughters to cognitive and developmental disabilities in his son.

“It does horrible things in your soft tissues. It does terrible things to your kids. Even your wife can be contaminated,” he said.

Segovia said part of the reason for the meeting is to alert physicians as well as vets. He said a fairly large number of Vietnam veterans have been treated by private physicians for illnesses that could have resulted from their exposure to Agent Orange. And many of those cases aren’t being documented as Agent Orange-related cases, he added.

He said these cases need to be documented and the doctors need to be on the lookout for such cases.

Despite his health problems, Dudich remains a devoted Marine who has dedicated himself to helping fellow armed forces members who are struggling to cope with the effects of their service.

“Next to my faith, my pride is in the U.S. Marine Corps. The Marines taught me well to get through something like Agent Orange. That’s the proudest part of my life,” he said. “There are guys fighting battles to get their Agent Orange benefits. Nothing is settled with Agent Orange yet. The poison will always be there. A lot of veterans don’t know about it, even thought they’re struggling with health problems it is causing.”