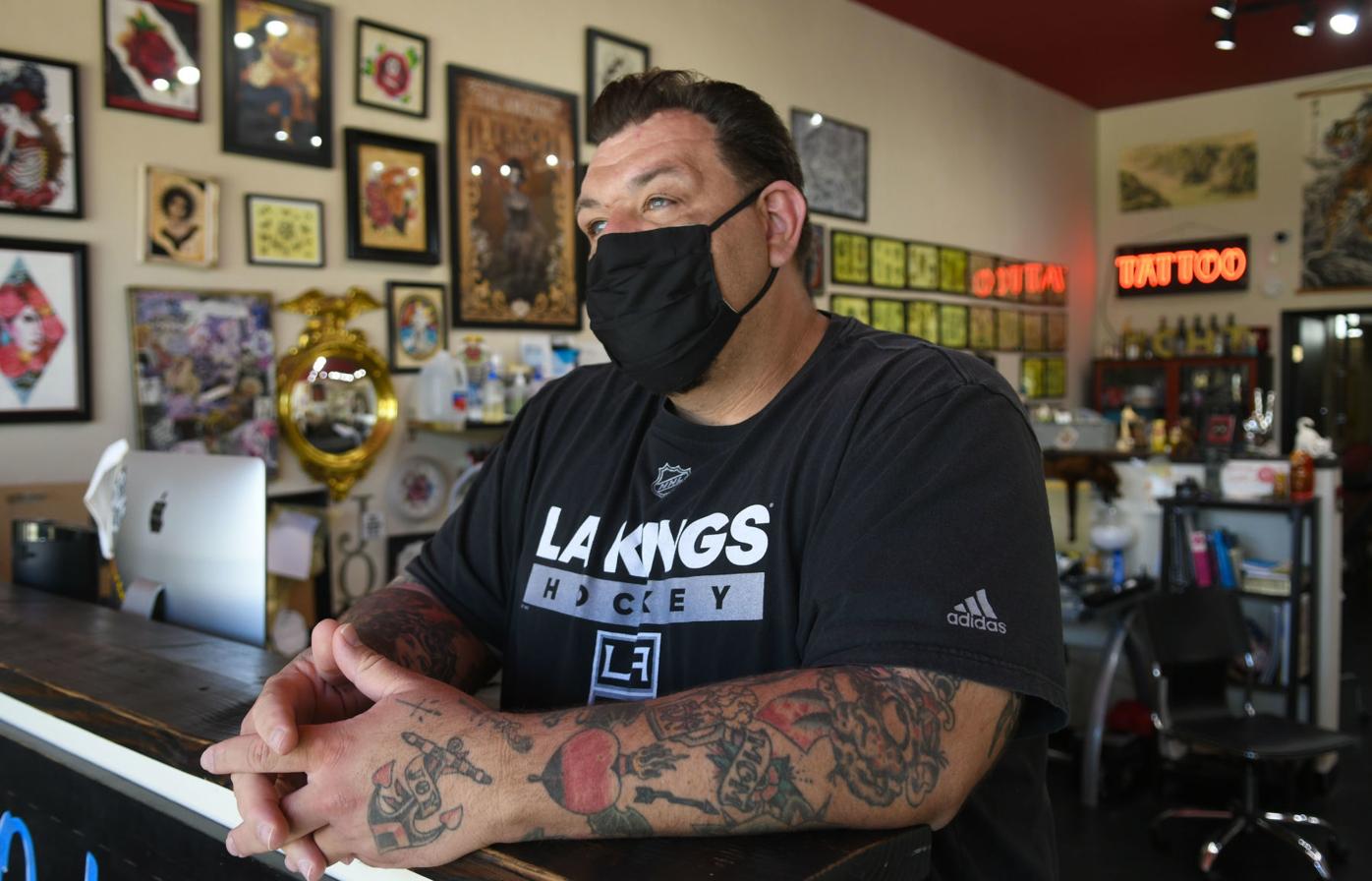 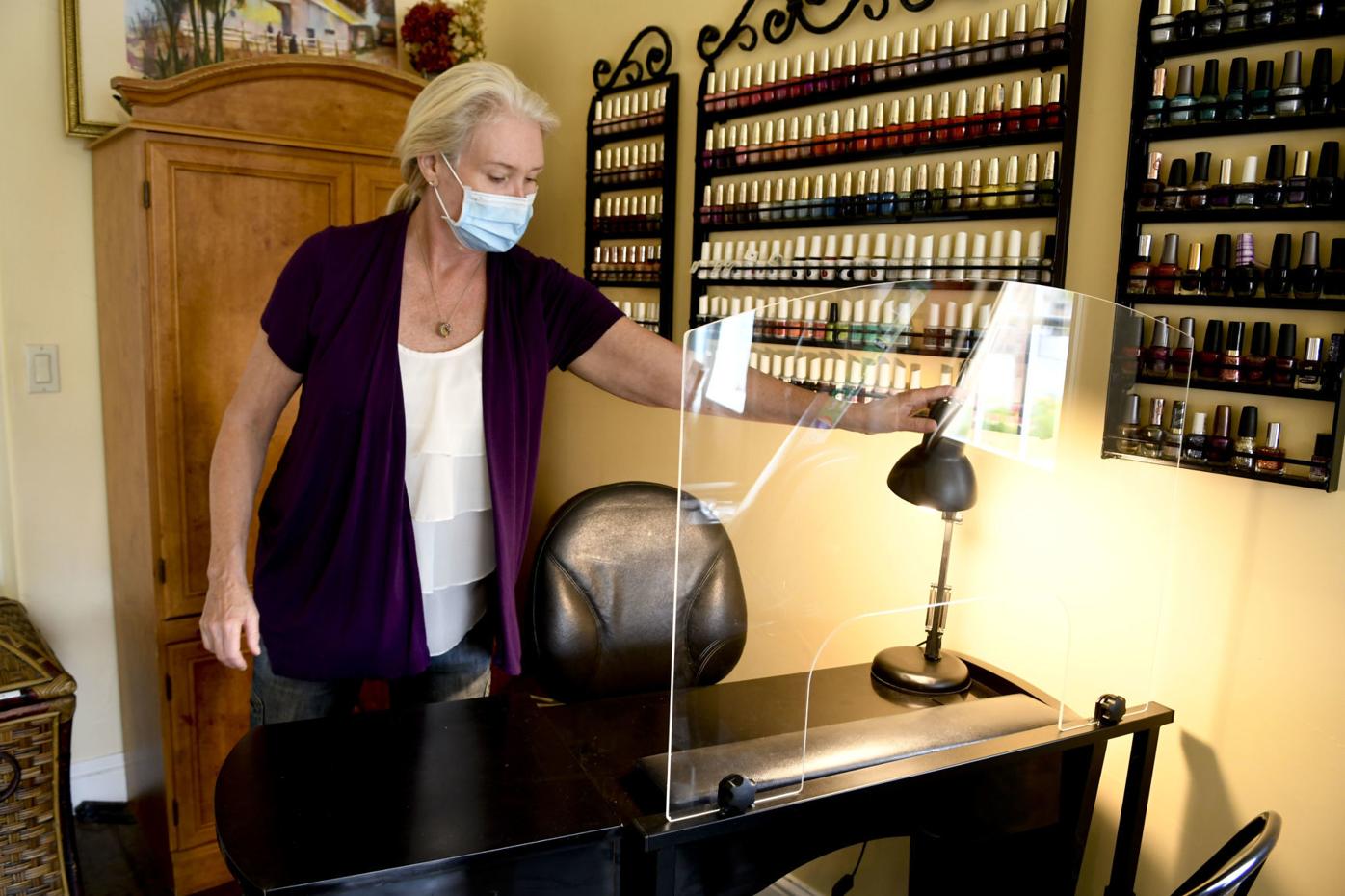 Sheila Gibilisco checks on a nail station at InSPArations salon in Orcutt on Friday. She added plexiglass partitions and surfaces that can be sanitized to her business, but that section remains closed, unlike the adjoining hair salon. 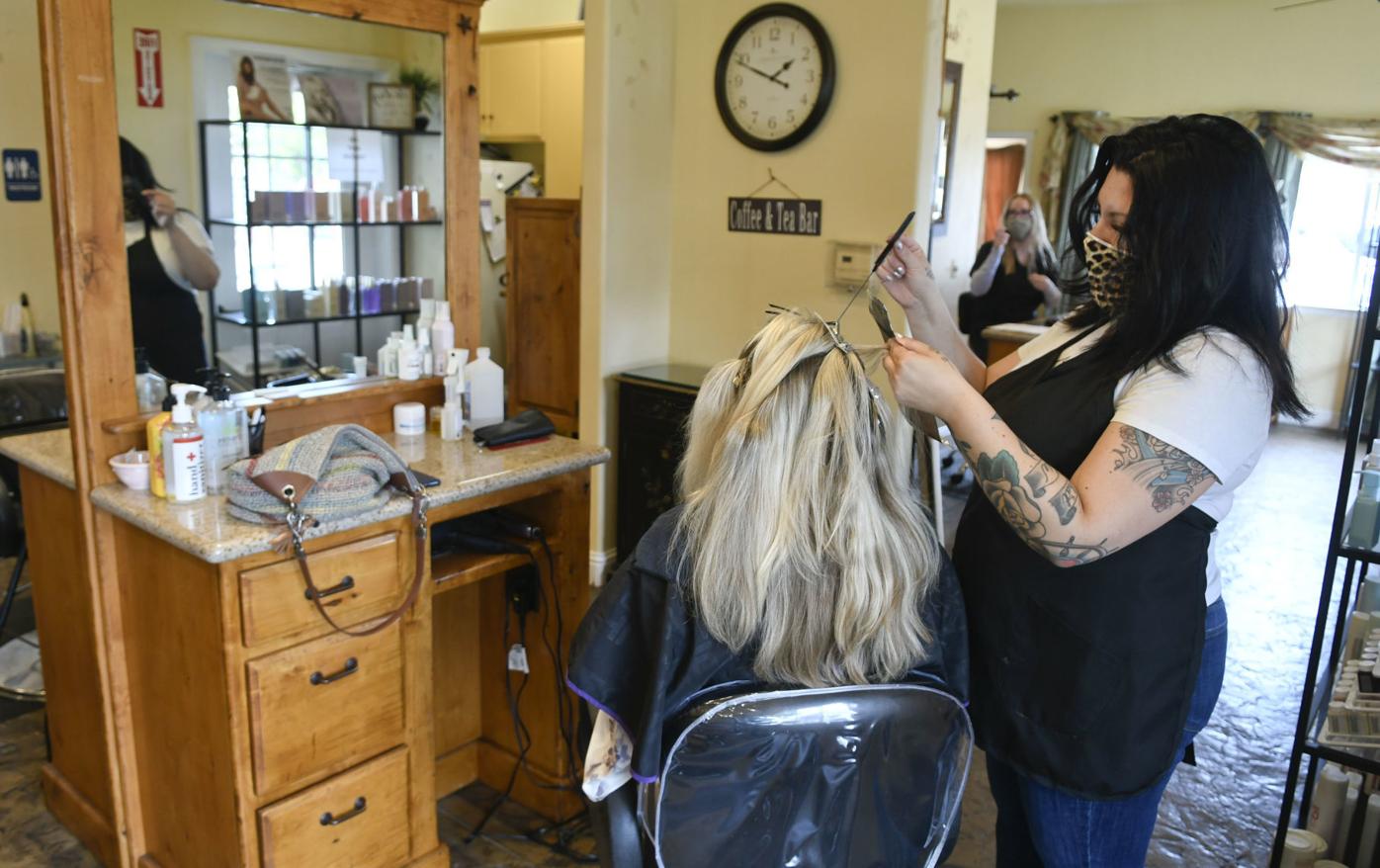 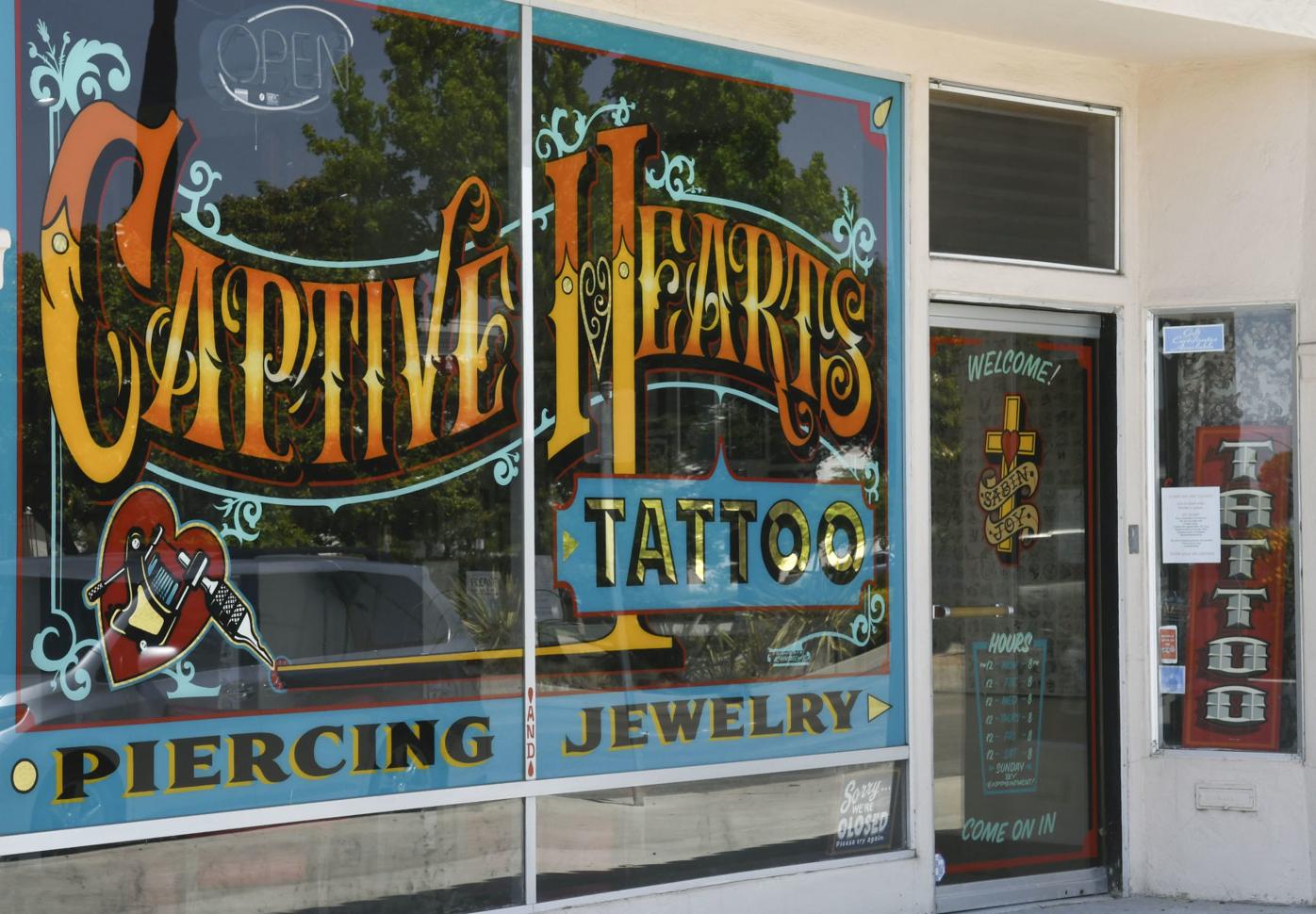 Sheila Gibilisco checks on a nail station at InSPArations salon in Orcutt on Friday. She added plexiglass partitions and surfaces that can be sanitized to her business, but that section remains closed, unlike the adjoining hair salon.

For many tattoo artists, nail salon owners and personal care professionals in Santa Barbara County, June 19 turned quickly from a day of hope to one of disappointment.

The California Department of Public Health announced on June 12 that counties would be able to reopen personal care services such as tattoo parlors, nail salons and massage services on June 19 after analyzing their metrics.

However, the Santa Barbara County Public Health Department announced June 16 that personal care services would not be permitted to reopen due to a spike in county COVID-19 cases and hospitalizations.

For the first time, Santa Barbara County opted out of entering into a new state reopening stage, having recently approved bars, restaurants, barber shops and museums to open to patrons.

Subsequently, county cases have risen to an average of 50 cases per day over the past seven days.

Sabin Brock, owner of Captive Hearts Tattoo in Santa Maria, acknowledged the concern about the rise in case numbers. However, he said it is difficult to understand why tattoo artists are not able to offer services with the amount of sanitary training required.

"We’re probably some of the most well-trained people equipped to handle this. We handle bloodborne and airborne pathogens on a daily basis," said Brock, who has been tattooing in Santa Maria for nearly 25 years.

Brock said he believes there is a disconnect in the fact people are permitted to gather in other facilities but cannot schedule a tattoo appointment where precautions already are in place.

"Bars are allowed to open, but we’re not, even though we’re trained in this. It doesn’t necessarily make sense to me," he said.

Over the three months Brock has not been able to make an income, he relied on the generosity of donations from loyal customers and his family's church.

"The only way we’ve been able to stay afloat is by our community sending us gifts, sending us food. I can think of 100 people who have helped us," he said.

In addition, the lack of available loans for small businesses is something both Brock and Orcutt salon owner Sheila Gibilisco noted as an additional challenge over the course of the pandemic.

Gibilisco, owner of full-service salon and spa InSPArations, was able to reopen the doors of her salon and spa June 1 but is currently only able to offer hair services, limiting everyone to part-time hours. She said she was able to obtain paycheck protection very recently.

"I was really disheartened. In the very beginning, I thought the government was going to help true small businesses like myself. They didn't get the money out soon enough to people in my industry," she said.

Similarly to those in the tattoo industry, Gabilisco said she is highly prepared to create a sanitary and safe environment in her work as an esthetician, massage therapist and permanent makeup artist but that those services are not permitted under the county order.

Mallory Swinchock, a tattoo artist from Santa Ynez and owner of private studio Merkaba Tattoo in Santa Barbara, said the lack of income since March has been stressful, and with the recent announcement from the county, she doesn't know when it will end.

While selling art and giving away gift cards for future appointments provides some income, it's not enough, she said.

"The swipe of a pen for me to be allowed to work again makes all the difference in the world to my family," Swinchock said.

After hearing that the state would allow personal care services to resume business June 19, Swinchock began preparing to reopen her studio but said she was blindsided when she heard of the county delay.

"I had already booked all my appointments. I already went through that process, then I found out on the news that tattoo shops can't reopen and had to reach out to all my clients again," she said. "Because we’re the last business [group] to open before concert venues or Disneyland, I have no idea when I can reopen."

County officials have yet to declare a date personal care industries will be able to open, stating they are focused on lowering rates of COVID-19 cases and hospitalizations.