Santa Ynez varsity basketball coach Walter Tyler talks to his team during a timeout in a game against Santa Maria on Nov. 23. Tyler will resign at the end of this season following months of opposition by some parents that he said was racially motivated. 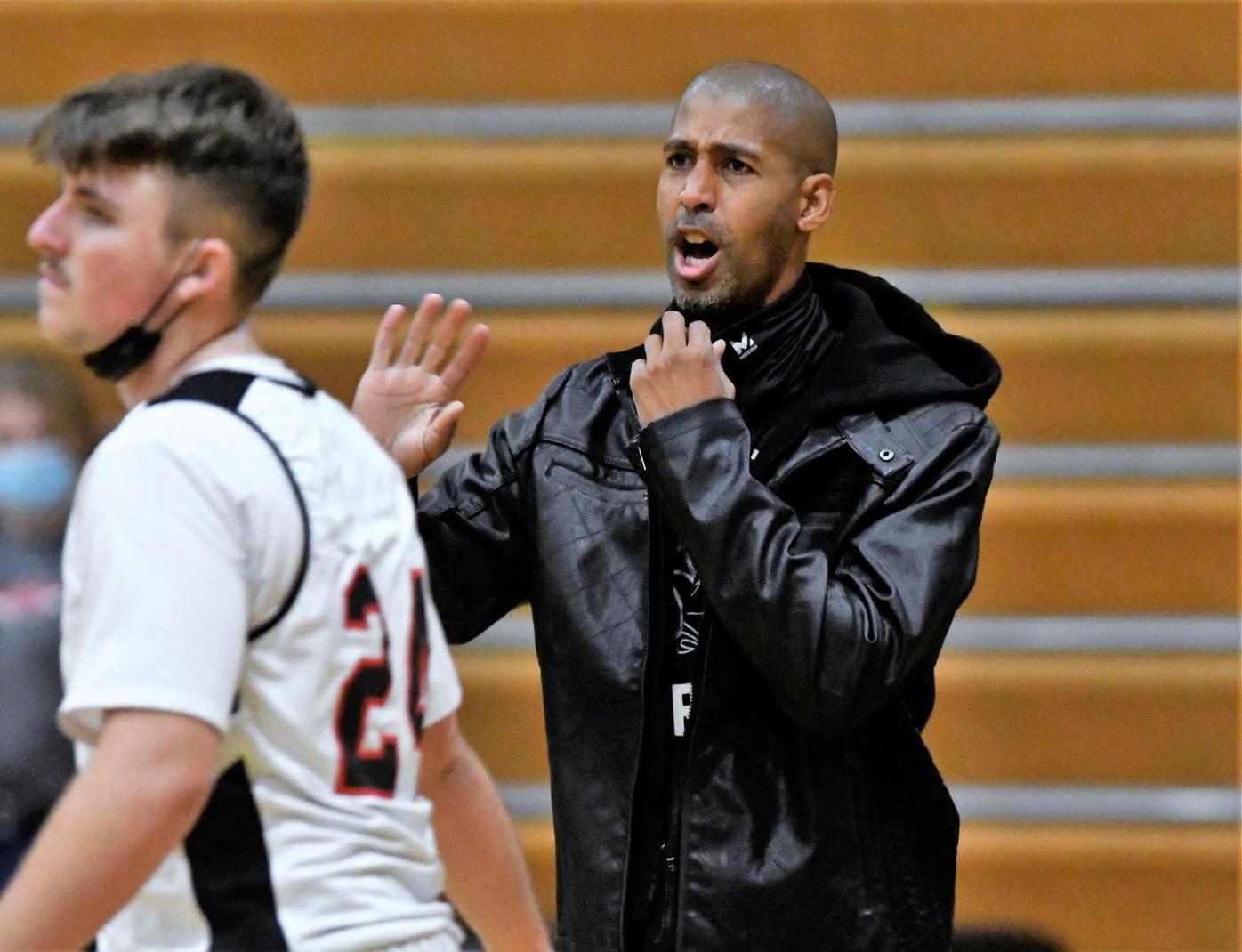 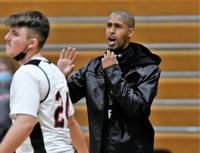 Santa Ynez varsity basketball coach Walter Tyler talks to his team during a game against Santa Maria on Nov. 23. 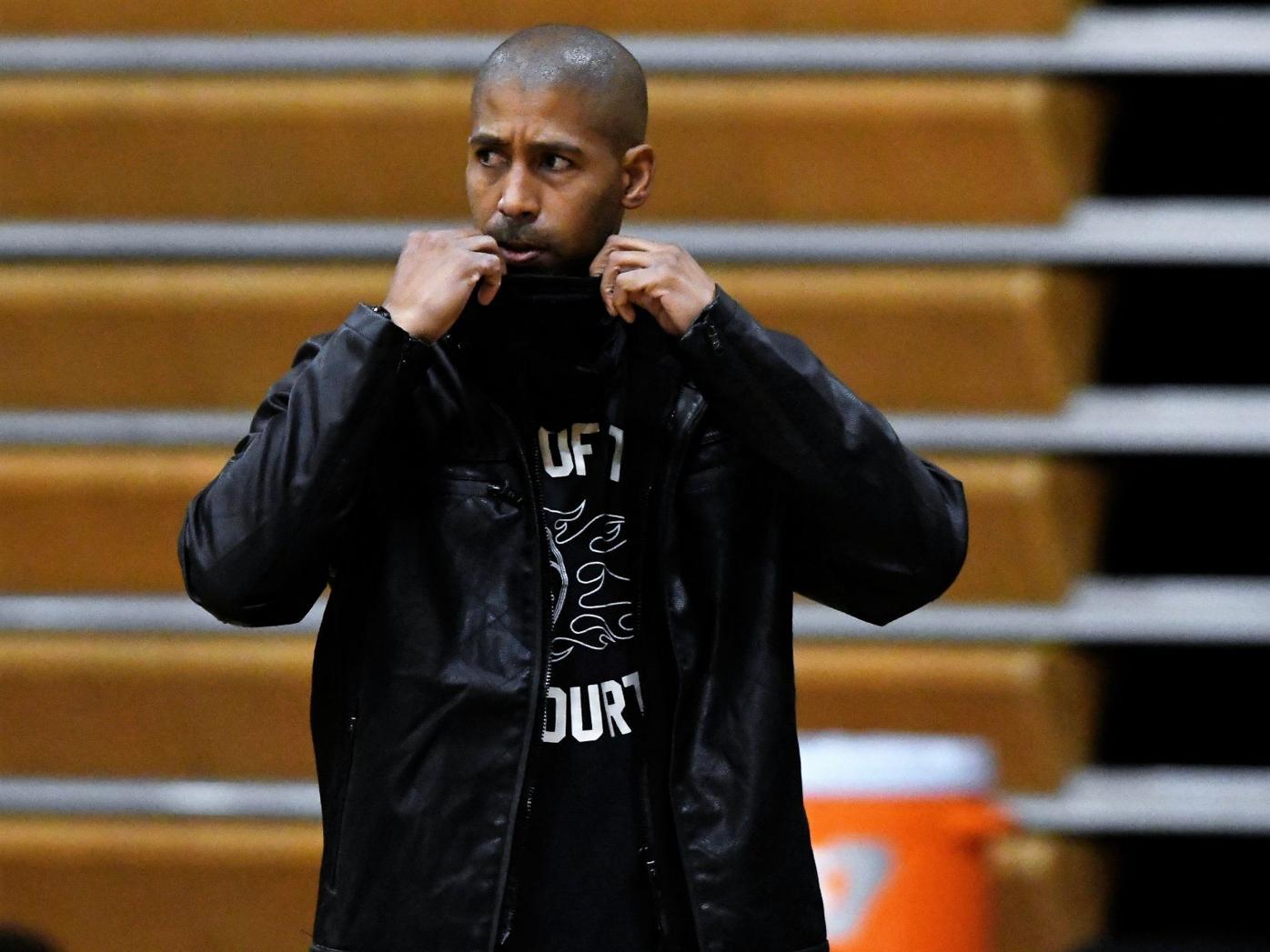 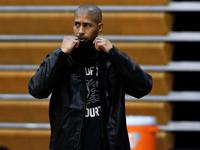 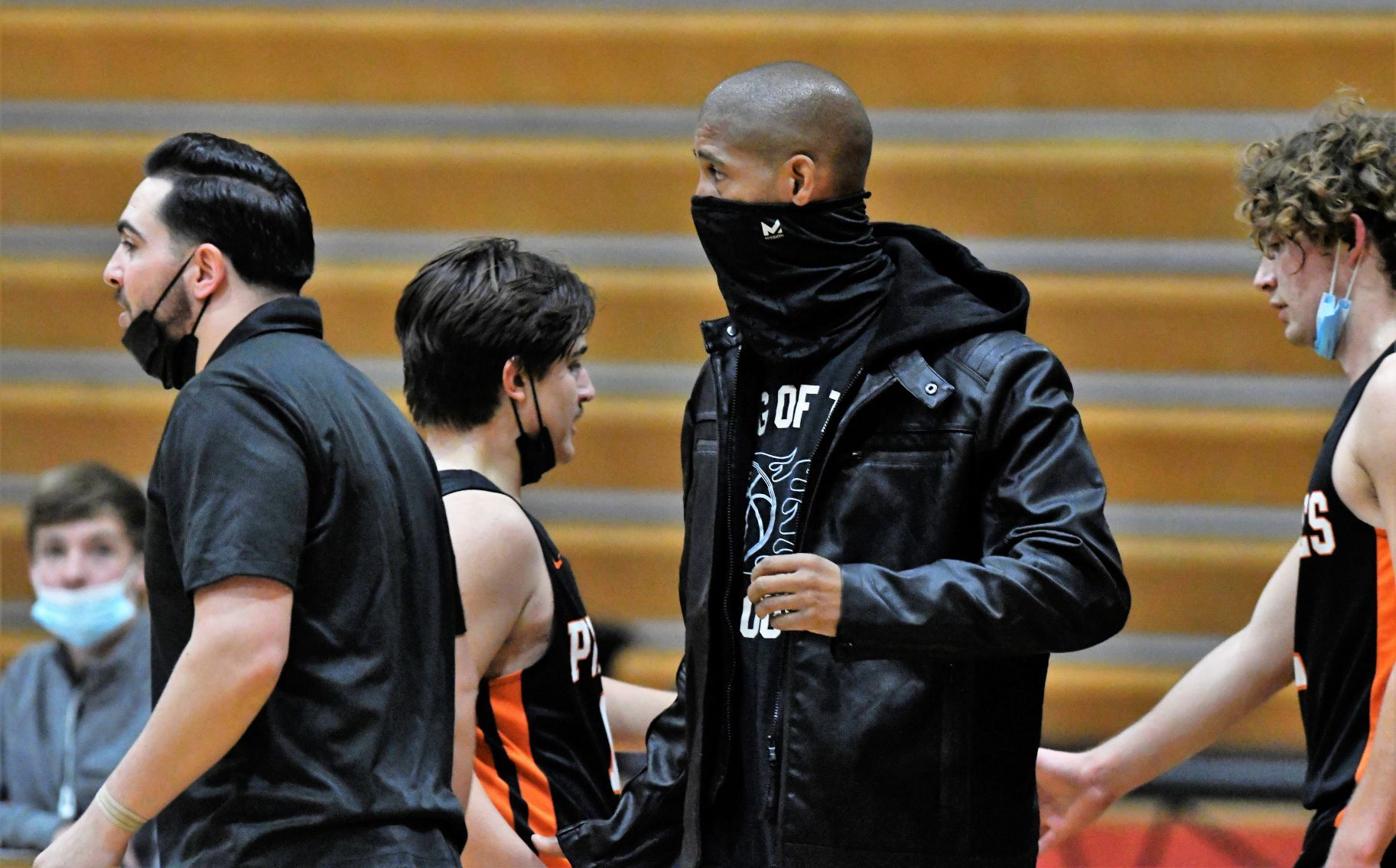 Santa Ynez varsity basketball coach Walter Tyler talks to his team during a timeout in a game against Santa Maria on Nov. 23. Tyler will resign at the end of this season following months of opposition by some parents that he said was racially motivated.

Santa Ynez varsity basketball coach Walter Tyler talks to his team during a game against Santa Maria on Nov. 23.

Walter Tyler, the head varsity basketball coach at Santa Ynez High School and the school's only Black head coach, submitted his resignation letter on Nov. 27, informing the school’s athletic director that he would be stepping down when the season ends in February.

Tyler’s decision provides an end date for a drawn-out ordeal that multiple sources at the school have described as a "nightmare." A special meeting is set for Dec. 13 at which the Santa Ynez school board will decide whether to allow Tyler to finish out the season.

Tyler, a Lompoc native who took over the Santa Ynez program in 2020, has been the target of a group of powerful parents for months, according to sources at the school.

At a Nov. 10 meeting with parents, held in the school's library, Tyler was the subject of repeated verbal harassment from parents — the father of one player had to be removed from the room after verbally attacking his son's coach.

"Coach Tyler was put on the stage and belittled, abused, defamed and cursed at by these parents," Kelly Durbiano, who has a son on the varsity team, wrote in a letter to school superintendent Andrew Schwab. "Never in my life have I witnessed such abuse to a school staff member."

At a special board meeting on Nov. 15, Sue Turner-Cray, who has a freshman son in the program, said one parent "shouted abuse so egregious at coach Tyler that the principal had no choice but to eject him from the meeting."

Turner-Cray said that parents demanded Tyler show them his playbook, "trying to publicly humiliate him and put him on trial like a criminal" in front of other coaches and parents.

In addition to being the subject of reported direct verbal harassment at multiple meetings with parents, Tyler has heard parents of his players clamor for his removal at board meetings throughout the school year.

While he has hopes of resigning at the end of the season, some parents are pushing the school board to have Tyler removed immediately.

At a booster meeting on July 29, held in the boardroom of the school’s administration building, Tyler was verbally harassed by players' parents. At that meeting, one parent called Tyler, who was in attendance, a “buffoon,” according to Tyler and others who witnessed the event.

Tyler, 41, was hired in April of 2020 but did not coach a game at the school until April 2021 due to the coronavirus pandemic.

In May, a group of parents made claims that Tyler bullied his players and that he consistently used foul language at practices. Shortly after, the school conducted an informal investigation that found no reason to remove Tyler from his position.

Then in August, the group of parents filed a formal complaint against Tyler with the school’s administration. Athletic director Ashley Coelho and Michelle Borges, the school’s principal, ensured that a formal investigation into Tyler's behavior was conducted. Current and former players were interviewed and practice footage was reviewed.

During the investigation, it was discovered that Tyler used obscenities at practices, a behavior most high school coaches exhibit. Reports of bullying within the program were unsubstantiated after the practice footage was reviewed.

Borges and Schwab reviewed the investigation and determined that Tyler should remain in his position as head coach. The group of parents appealed that decision to the Santa Ynez school board, which will decide whether to remove Tyler at the Dec. 13 meeting.

The district has confirmed a complaint was filed against Tyler and the ruling on that complaint is still pending.

"There was a complaint filed and the district is following its complaint procedure pursuant to district policy," Schwab, the district's superintendent, said in an email. "Given that the complaint is still pending, the district has no additional comment at this time."

“There is a racial part,” Tyler said on Nov. 28. “(The parents) do not like the fact that I’m a Black coach, the first African American varsity coach in the history of the program. My coaching style, my philosophy and my culture, everything I’m bringing there, is totally different.”

Tyler, who also coaches the girls basketball team at Lompoc Valley Middle School, said he’s conducted himself in an appropriate fashion, exhibiting language and behavior used by most high school coaches, and notes the school's athletic director, principal and superintendent found no reason to remove him after opening the formal investigation over the summer.

“All coaches have different training styles, but for whatever reason, (the parents) don’t feel comfortable with a Black coach holding their kid accountable and correcting their kids," Tyler said. "That’s the major issue that’s really going on. It’s not about me using profanity or that I’m too hard on the kids.

Tyler took over the program after the previous coach, Ray Vazquez, resigned. Vazquez went 17-37 overall and 1-19 in Channel League play in two seasons. Tyler said the tension with the parent group also stems from the relationship with the previous coaching staff.

“They’ve gone from where the prior coaching staff allowed them to dictate and control everything that they wanted, to myself, where I held the weakest player to the strongest player to the same accountability,” Tyler said. “And I’m not communicating with the parents on the level they want and I’m not giving them full control. I’ve got the control.

“When I came in, I knew there would be some resistance, but I had no idea it was to the extent it is right now."

An example, Tyler said, of the issues used to argue he’s unfit to coach is his practice of having players run sideline sprints during a game last spring. Tyler admits he used obscenities at practices, claiming his strong language would raise his players’ level of intensity.

Loren Ollenburger and his wife, Sarah, president of the basketball team's booster club, are among the parents who have spearheaded the effort to remove Tyler. Ollenburger joined the school board in July after he was picked to fill the empty seat created by John Baeke’s resignation. The Ollenburgers moved to the Santa Ynez Valley from Orange County in 2017.

At a board meeting in October, Ollenburger said he would recuse himself from any discussion on the issue, then promptly spoke out against Tyler at the meeting.

“This athletic department is doing anything but putting the student-athletes first,” Ollenburger said at the board meeting, after reading from a Santa Ynez Valley News article announcing Tyler’s hiring in April of 2020. “This toxic culture certainly has no sense of community. I only wish that the athletic director would work as hard for the 11 student-athletes at Santa Ynez High as she has spent defending this awful situation.”

Ollenburger then took his seat next to the rest of the board members.

Cori Lassahn has a son on the team. At the board meeting in October, Lassahn read a statement airing her son’s complaints about Tyler.

“‘Mom, this coach doesn’t know what he’s doing, he doesn’t understand the game,” Cori Lassahn said, reporting what her son told her. “‘Mom, he humiliated our whole team during that game tonight, making us do push-ups and run sprints during halftime in front of the crowd. Mom, this coach does not even know our names.”

Lassahn said her son told her that his coach put the “scrubs” in a game to punish the team’s star players. In all, parents of 11 players attended the meeting urging the board to remove Tyler as coach, with parents speaking for their children.

At the special board meeting on Nov. 15, some parents complained about their kids' playing time, while the lone player to speak at the meeting, Hale Durbiano, spoke in Tyler's defense. Durbiano is a sophomore on the varsity team and the son of Kelly Durbiano.

“(Coach Tyler) lives in Lompoc and makes the commute every day to come to our practices to support us and I cannot thank him enough for that,” Durbiano said. “I would also like to say that I was there over the summer, practicing two sports and going to basketball practice at night, showing up to the gym early and seeing a coach that had nothing more to give us than his time.

“He was in our team room painting, remodeling to make it better for us. Coach Tyler has been nothing but a positive role model for me and I thank him for everything he has done. I thank our athletic director for hiring him because without her none of this would be possible.”

Under Tyler, the Pirates went 4-9 in the spring, winning four games in Channel League play after going 7-21 and 0-10 in league play in Vazquez's final season. This season, the Pirates have started 5-1 after a 70-40 win at Carpinteria on Nov. 30.