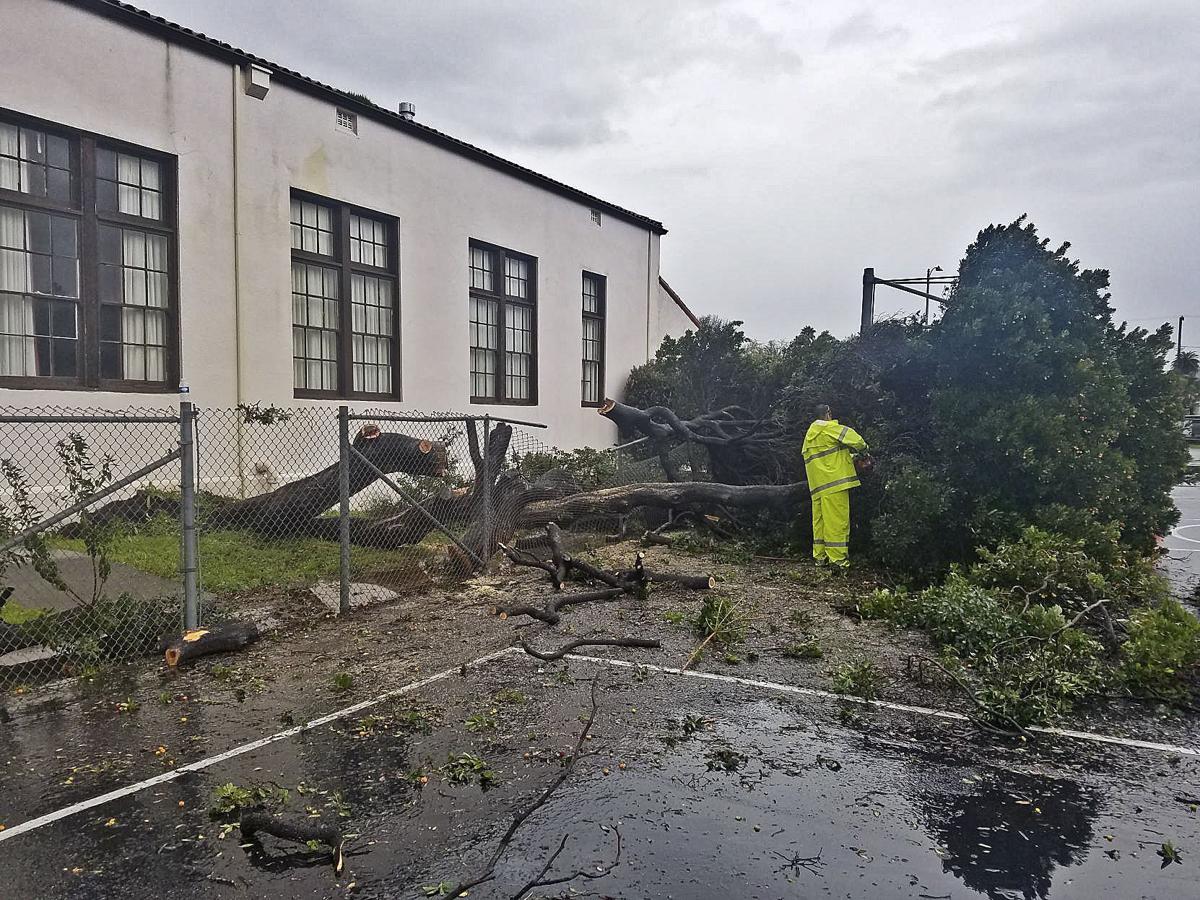 A worker cuts up a tree that fell onto a fence near Lompoc Valley Middle School on Friday. 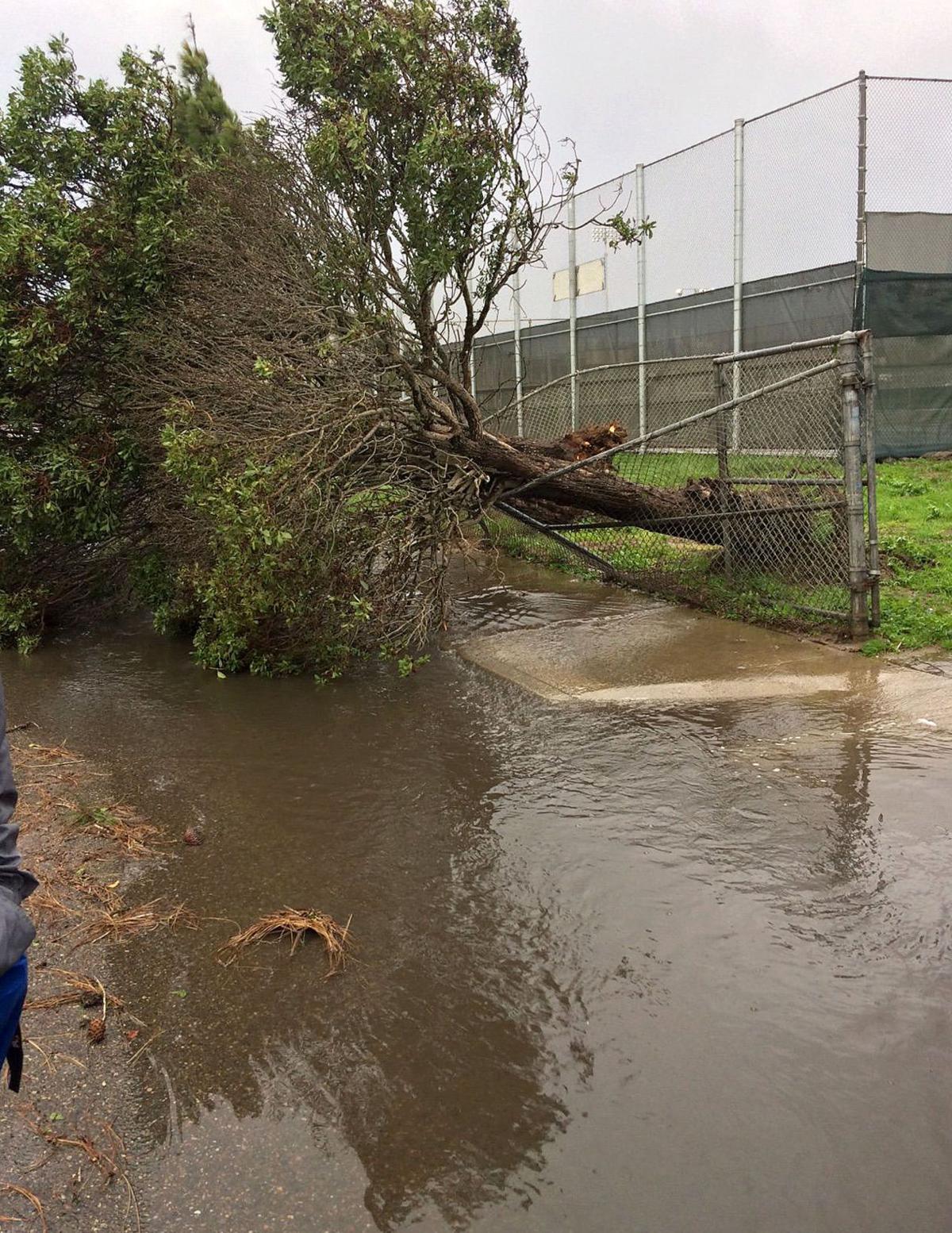 A tree fell on a fence Friday morning near the tennis courts at Lompoc High School.

Most of the damage was caused by fallen trees, which destroyed fencing at a few schools, but other campuses were hit much harder, according to Doug Sorum, the district’s manager of maintenance and operations. Still, no schools closed or released students early.

There was “extensive flooding” in some classrooms at Cabrillo High School, according to Sorum, who added that Miguelito Elementary School also suffered damage to a rooftop air conditioner.

Vandenberg Middle School suffered a power outage for about two hours, from around 8 to 10:15 a.m., and Manzanita Public Charter School's power went out around 8 a.m. and remained out for the rest of the school day. Sorum said Friday afternoon that it was anticipated that power would be restored at the campus the next day.

Among the schools damaged by trees were Lompoc Valley Middle School, where a tree from the neighboring Civic Auditorium property fell onto a fence and into the school’s playground, and Lompoc High School, which had about eight trees fall onto its north fencing along Pine Avenue.

Clarence Ruth Elementary School also had a fence damaged by a fallen tree near the corner of Laurel Avenue and W Street.

Sorum said it would likely be “several weeks” before all the damage is repaired.

As of Friday, schools were planning to have a normal schedule Monday.

The damage occurred just two months after voters shot down a $65 million bond measure, which would have been used primarily for improving infrastructure at schools. That bond was placed on the ballot after the district reported that it has about $90 million in facility needs, a figure that greatly outweighs the anticipated budgets to cover those needs.

A storm expected to pound northern Santa Barbara County on Sunday didn't materialize as predicted, but the final round of three storms that be…

As a former football player, Lompoc Unified School District Superintendent Trevor McDonald uses sports analogies when he looks back on the dis…

Educational equity, charter schools and a potential new bond measure were among the major topics of examination Monday night during a Lompoc U…

As this year’s primary election draws closer, a group of local school supporters and students is kicking its efforts into high gear as it trie…

A worker cuts up a tree that fell onto a fence near Lompoc Valley Middle School on Friday.

A tree fell on a fence Friday morning near the tennis courts at Lompoc High School.