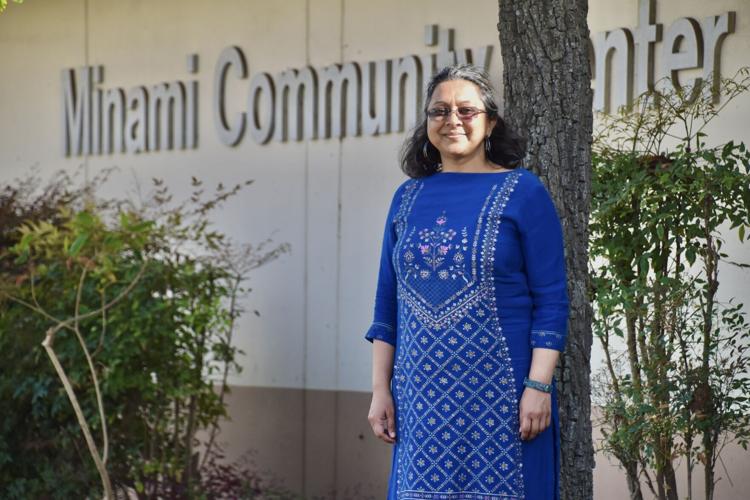 Santa Maria Valley Women's March co-emcee Lata Murti is pictured at Minami Park on West Enos Drive, where the annual march for women's rights will take place at 2 p.m. Sunday for the first time in two years after going virtual in 2021. 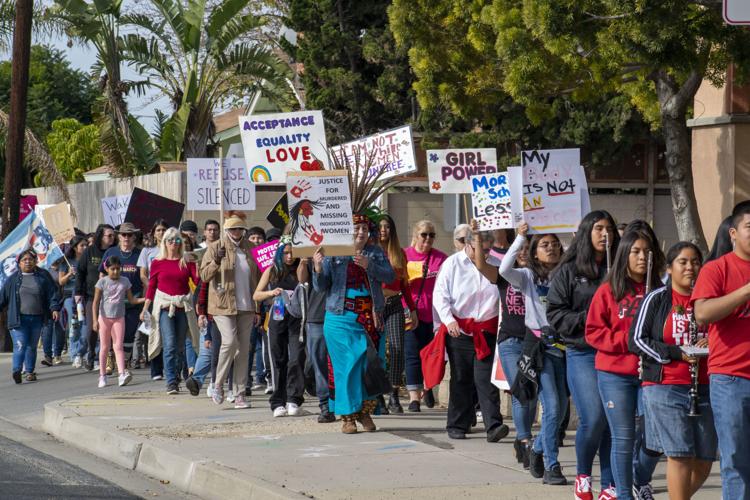 Marchers carrying a variety of signs move along Enos Drive toward South Broadway during the 2020 Women's March.

Santa Maria Valley Women's March co-emcee Lata Murti is pictured at Minami Park on West Enos Drive, where the annual march for women's rights will take place at 2 p.m. Sunday for the first time in two years after going virtual in 2021.

Marchers carrying a variety of signs move along Enos Drive toward South Broadway during the 2020 Women's March.

Minami Park will once again serve as the rallying point in the local fight for women's rights this Sunday with the return of the Santa Maria Valley Women's March.

This weekend will be the first in-person iteration of the local march since 2020, after the COVID-19 pandemic led organizers to transition last year's march into a virtual format.

Organizers said they decided to make the theme of this year's march "Still, We Rise," a reference to the poem "Still I Rise" by Maya Angelou as well as the resiliency of women worldwide despite attempts to curtail their rights through anti-abortion legislation, voter suppression and other threats.

"It was inspired by Maya Angelou’s poem but, also, to show that there are a lot of threats to women’s rights still, nationally and internationally, but we keep rising up against them," co-emcee Lata Murti said.

The event will begin at Minami Park at 2 p.m. with a rally featuring various speakers — among them being Murti's 13-year-old daughter — and the march will commence at 3 p.m., heading east to Broadway, north to Stowell Road, west to Depot Street and back down Enos Drive toward the park.

Murti said she is excited to return to Minami Park at 600 W. Enos Drive for the event, noting that it has become the de facto gathering point since the Santa Maria Valley Women's March began in 2019.

"It's tradition now to have it at Minami. I associate that with the Women’s March, and I like to think others do as well," she said.

As in past years, accessibility and inclusion will be a central focus of the event, with plans to offer interpretation in Spanish, Mixteco and American Sign Language and highlight speakers for whom English is not their first language.

"We want to make sure the voices of the speakers are uplifted and the messages are shared throughout our communities," said co-emcee Ivette Peralta.

While the Women's March has traditionally occurred in January since launching in 2017 in response to the inauguration of former President Donald Trump, local organizers opted to delay this year's event to be closer to International Women's Day on March 8.

Although COVID-19 health concerns will likely keep attendance at this year's march lower than in 2020, when over 400 residents came out, Peralta said she still hopes community members will join in to raise their voices together.

"It's an interesting transition, coming out of COVID, but since it’s going to be outdoors, hopefully they will join us," Peralta said.

While there will be less booths and tables than in past years, COVID-19 vaccinations provided by female farmworker rights organization Líderes Campesinas will be available at the park following the march.

Murti said rather than focusing on one issue affecting women, she hopes attendees will be able to reflect on the connections between women throughout the world, especially considering the fact that Santa Maria is a city of immigrants.

"When women and children suffer, everyone suffers," she said. "I hope we could maybe get folks started thinking about that. Even though a march is an isolated event, what it’s representing is something so much larger."

The 2022 Santa Maria Valley Women's March also will be livestreamed on the group's Facebook page at facebook.com/womensmarchsmv.