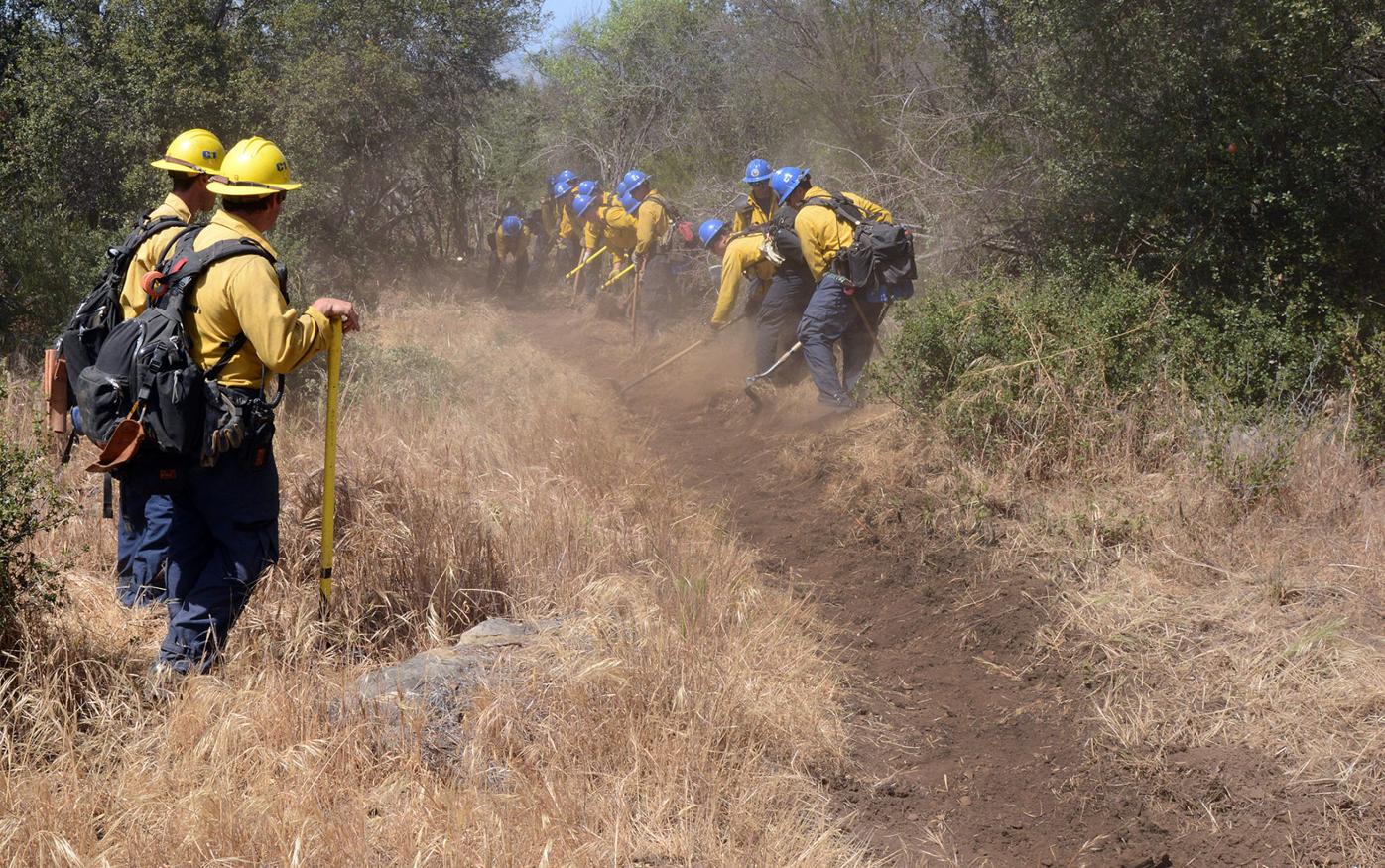 Santa Barbara County Fire Department's wildland firefighters Crew 1-1 and Crew 1-2 work to clear a line while training near their camp at Cachuma Lake. 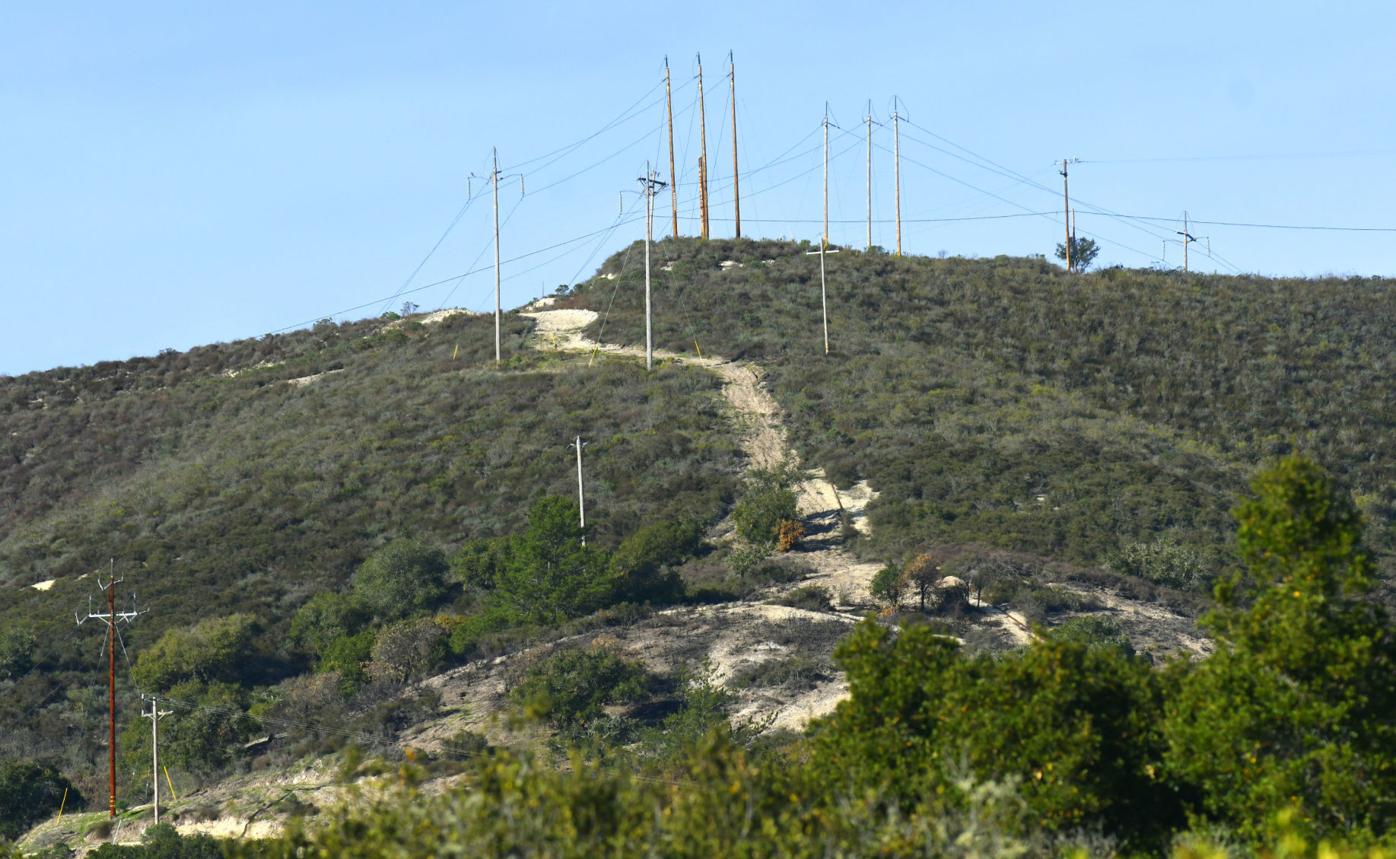 A fire break runs up a hill near Harris Grade Road north of Lompoc on Tuesday. 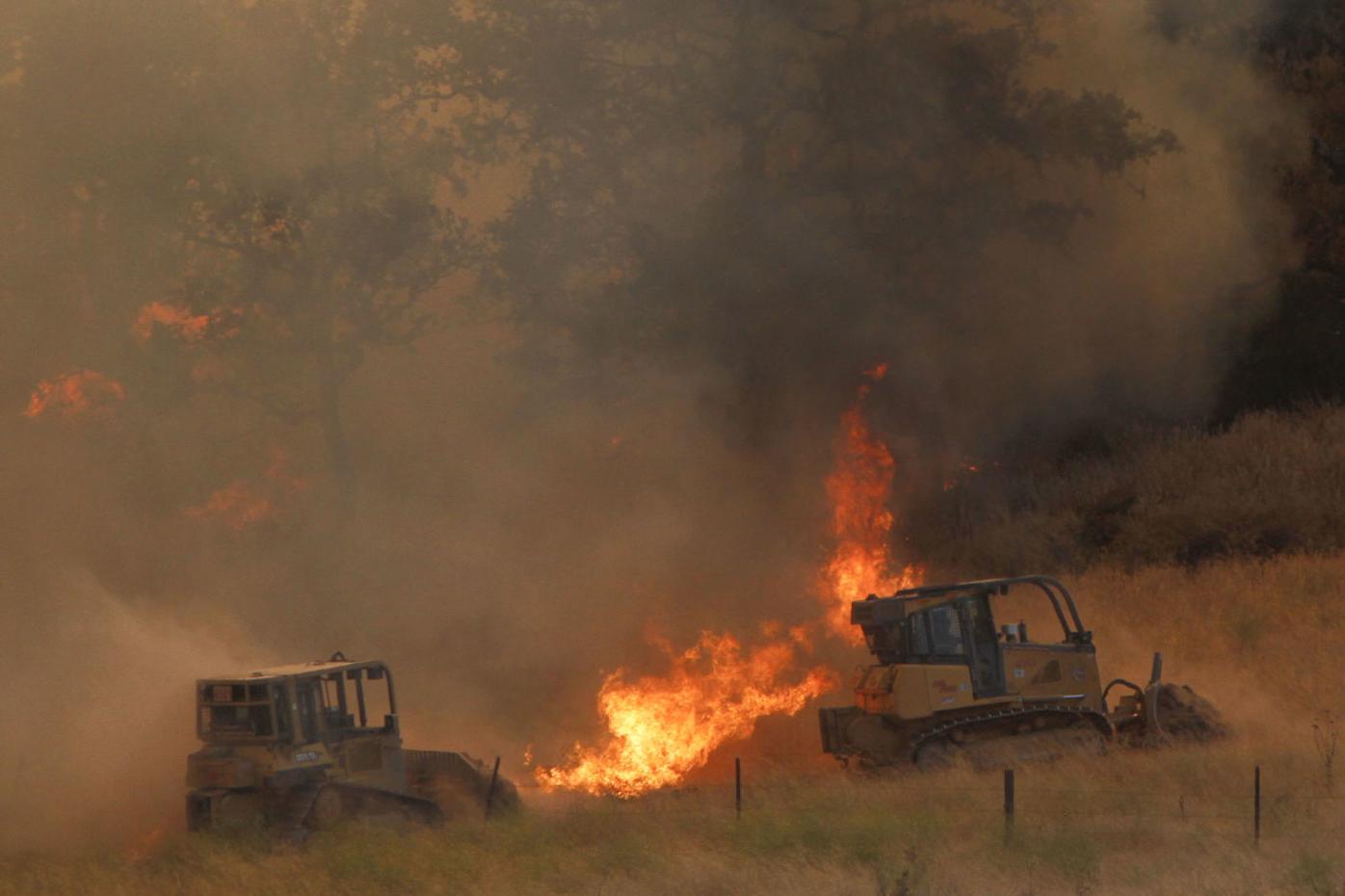 Easing the previous restrictions is expected to smooth the way for the County Fire Department to undertake a number of vegetation management projects outlined in its Strategic Fire Plan to slow the spread of massive wildfires, a County Fire spokesman said.

But critics said projects affected by the eased restrictions would have done little if anything to slow the raging wind-driven wildfires of recent years and won’t do much to control slower-moving wildfires unless they are maintained in perpetuity.

In late December, the California Board of Forestry and Fire Protection approved the programmatic environmental impact report for the state Vegetation Treatment Program that’s been in development for a full decade.

The programmatic EIR is based on more than a decade of analysis of potential environmental damage from removing various types of fuel such as alpine trees and chaparral, a board spokesman said.

Agencies like Cal Fire and Santa Barbara County Fire can use the programmatic EIR for projects that fall within the Vegetation Treatment Program’s parameters rather that creating an entirely new environmental document for every project, said Rob Hazard, county fire marshal.

Hazard said it will be helpful in “gray areas” where it’s hard to determine if a project is exempt from California Environmental Quality Act requirements or requires an environmental review because the VTP analyzes and accounts for many more projects than the Vegetation Management Program it will replace.

“The Vegetation Treatment Program is a much more comprehensive program that will cover whatever we do, whether it’s creating defensible space by hand crews, machinery like dozers and masticators or prescribed fire,” Hazard said.

He said while the program has been criticized, the county saw direct benefits of work to create a defensible space around a community during the Cave fire last year.

“Painted Cave got hit pretty hard in the lower part,” he said. “But we had some engines in there because they felt safe and they were able to stay and put out all the embers. No structures were lost.”

Even the Board of Forestry and Fire Protection cited the Cave fire in its answers to frequently asked questions on its website.

“Most recently, in Santa Barbara County, two priority treatment projects had direct benefits to firefighters and the evacuating public during the Cave Fire,” the board said. “By using fuel breaks, firefighters were able to access the fire and strategically and safely fight the Cave fire, resulting in zero structures destroyed.”

County Fire already has approval and state funding to cut fuel breaks along the ridge tops between the Lompoc and Los Alamos valleys.

Fire officials plan to conduct more prescribed burns to reduce the wildfire fuel load in such high-risk areas as Vandenberg Village, Mission Hills and Cebada Canyon, with a goal of burning between 1,000 and 2,000 acres per year.

Large, destructive and deadly wildfires have become the "new normal" for California, according to the state Fire Foundation, and they can break out anytime, anywhere. Santa Barbara County has an average of 100 wildfires per year. While almost 96% of them are contained at less than 10 acres, the exceptions are record-setting.

The county's mix of topography, abundant fuels and Sundowner winds presents a specific set of challenges for firefighters who say they'd rather fight wildfires almost anywhere than the place some of them have dubbed Wildfire County.

Santa Barbara County's mix of topography, abundant fuels and Sundowner winds presents a specific set of challenges for firefighters who say they'd rather fight wildfires almost anywhere than the place some of them have dubbed Wildfire County.

Our View: Avoiding the burn in California

OPINION Today’s editorial is all about sharing the stories of your friends and neighbors, and their thoughts and fears about wildfires, all of which collectively paint a crucially important picture.