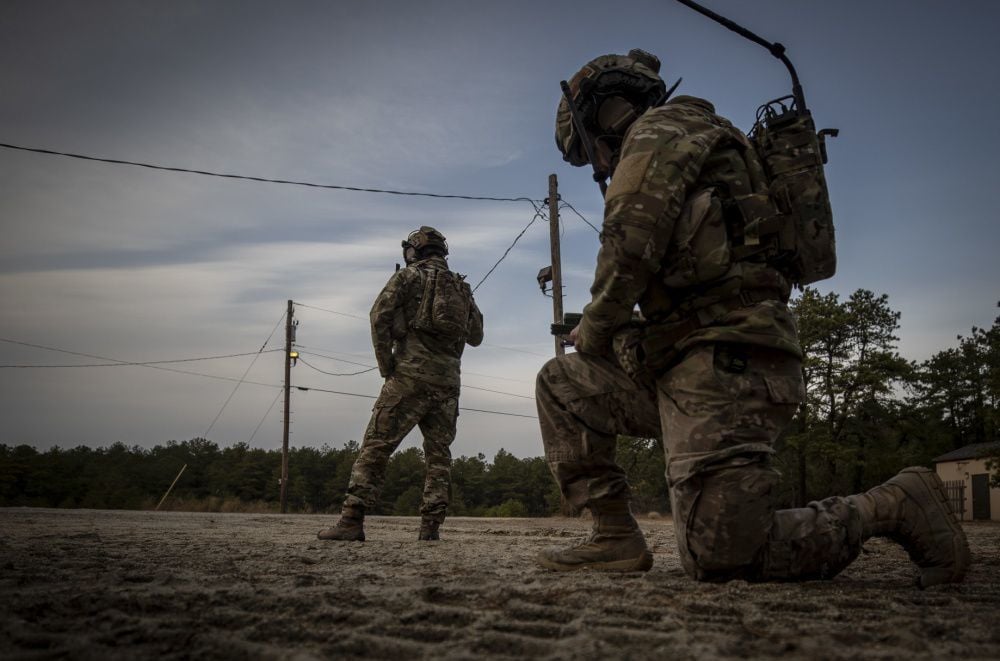 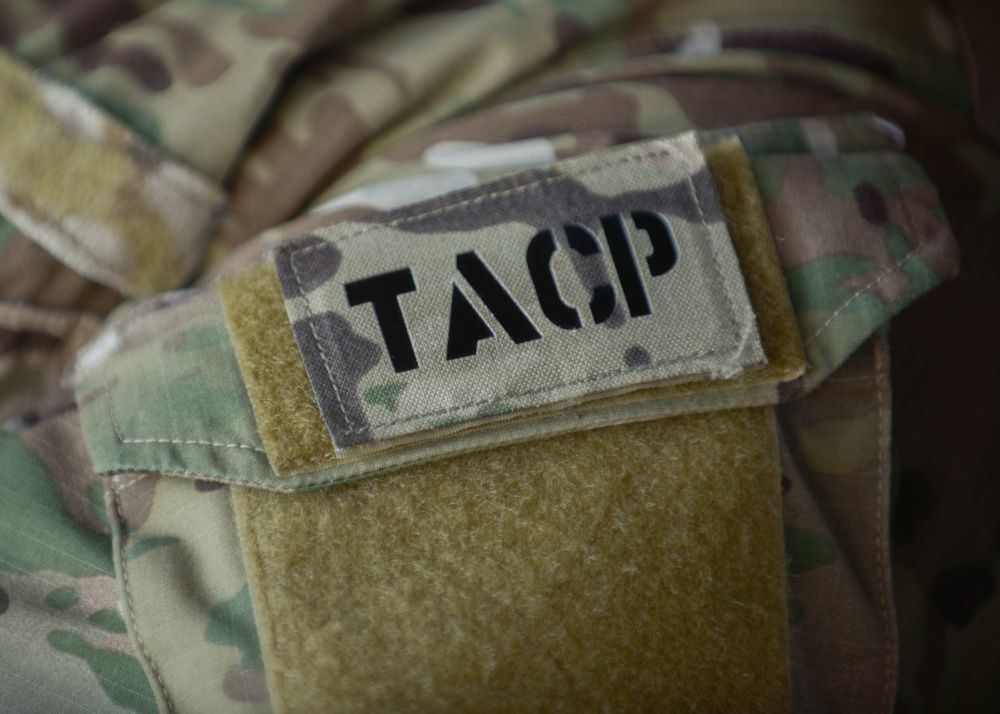 Tactical air control Airmen assigned to the 19th Air Support Operations Squadron, Fort Campbell, Kentucky and the 818 Operational Support Squadron, Pope Field, North Carolina perform exercise Talon Fury Dec. 12 at Whiteman Air Force Base, Missouri. During the exercise TACP Airmen’s job were in charge of calling in the B-2 Spirit Stealth Bomber to help provide air support to those who are on the ground.

Tactical air control Airmen assigned to the 19th Air Support Operations Squadron, Fort Campbell, Kentucky and the 818 Operational Support Squadron, Pope Field, North Carolina perform exercise Talon Fury Dec. 12 at Whiteman Air Force Base, Missouri. During the exercise TACP Airmen’s job were in charge of calling in the B-2 Spirit Stealth Bomber to help provide air support to those who are on the ground.

PETERSON AIR FORCE BASE, Colo. -- Deployed Tactical Air Control Party Airmen expect space effects to work; otherwise pilots get shot down, bombs miss targets, and soldiers die. TACPs may not know how space works, but if it doesn’t work well for America and its allies then its results devastating.

Space operators from the 16th and 4th Space Control Squadrons at Peterson Air Force Base are working to change the TACP community’s knowledge of space by developing the first Space Operations Course, Jan. 7-11. The course was an Airman initiative designed to give the TACPs a working knowledge of what space effects from three Air Force Space Command wings do to specifically impact their ground operations.

The week-long course, organized by Airmen of the 21st Space Wing and the 13th Air Support Operations Squadron, allowed TACP Airmen a look into tactical-level space operations with regard to mission planning.

“There are two big reasons why we came together to create this course,” said Capt. Ray Reeves, 13th ASOS flight commander and course planner. “The first reason is that the TACP community is focusing on integrating operations across multiple domains at the tactical level, based on the Air Force Chief of Staff's priorities. The second was based off experiences from my last deployment. On the way out of theater I went by the Combined Air and Space Operations Center and received a brief from the space team in theater. I was surprised to learn there were a lot of capabilities and information that their assets were providing and major effects they could have on the battlefield. At the tactical level within my area of operations, neither myself nor the ground team I was with know those capabilities existed, which could have impacted our operations on the ground in a positive manner.”

Upon return from that deployment, Reeves began working with the 21st SW to determine what space brings to the fight and how they can work together to improve battlefield operations.

“Space is really at the forefront of deployed operations,” said Capt. Chelsea Moss, 16th SPCS weapons and tactics flight commander and course planner. “TACPs are the subject matter experts for air power for the Army. There wasn’t any formal instruction on space, so we wanted to be able to provide this course to show the importance of space in mission planning and support.”

“Particularly from the perspective of the 21st SW, we wanted to show how we monitor RPA links and how we can provide support,” said Moss. “We wanted to show what we do on a basic level and how TACPs can request space support from the Air Operations Center.”

“Working with our Airmen on the ground and showing them how space capabilities can improve their operations is crucial to maintaining our warfighting superiority,” said Col. Devin Pepper, 21st Operations Group commander. “The creation of this course is such an important step for both Air Force Space Command and Air Combat Command.”

Equipped with a better understanding of the symbiotic relationship between space and ground operations, TACPs can better integrate space into their training and operations.

“I can’t put into words how important this is to the TACP community,” said Reeves. “When we start talking about the future fights and what we’re training toward – and we’re talking about major contested operations with a peer enemy – the ability to operate from multiple domains is going to be key to any success on the ground. By us learning what space can provide and being able to integrate it at the ground level, we are going to impact far more than just the TACP community. TACPs are aligned from the lowest tactical echelon in the Army to three-star headquarters, so if we can help integrate space across those echelons I believe we can have a Department of Defense wide impact.”

TACPs are embedded with Army units and are responsible for planning, integrating and executing Air Force operations worldwide. When properly trained and positioned they ensure the space-based effects are used and integrated to support ground maneuvers.