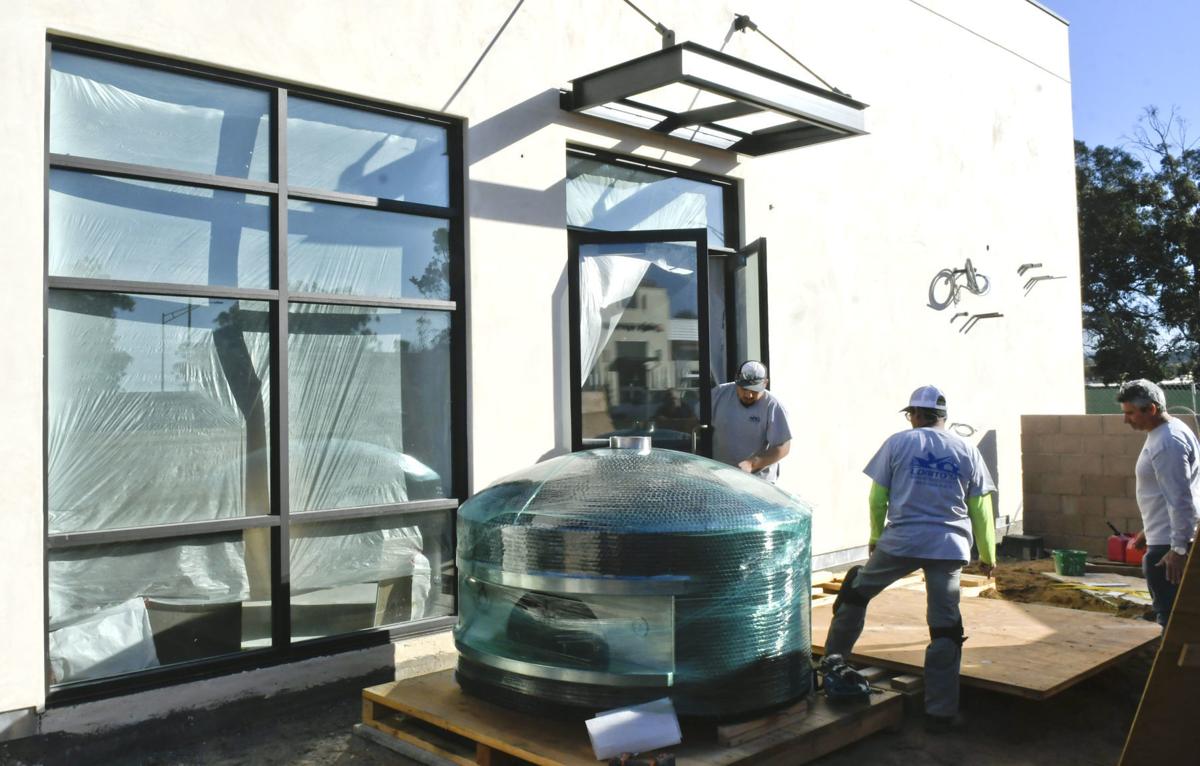 Construction workers move materials near a wood-fired pizza oven at Fire & Vice restaurant, located in a new building in the Skyway Center in Santa Maria. The eatery will feature pizza, homemade sausages and charcuterie boards. 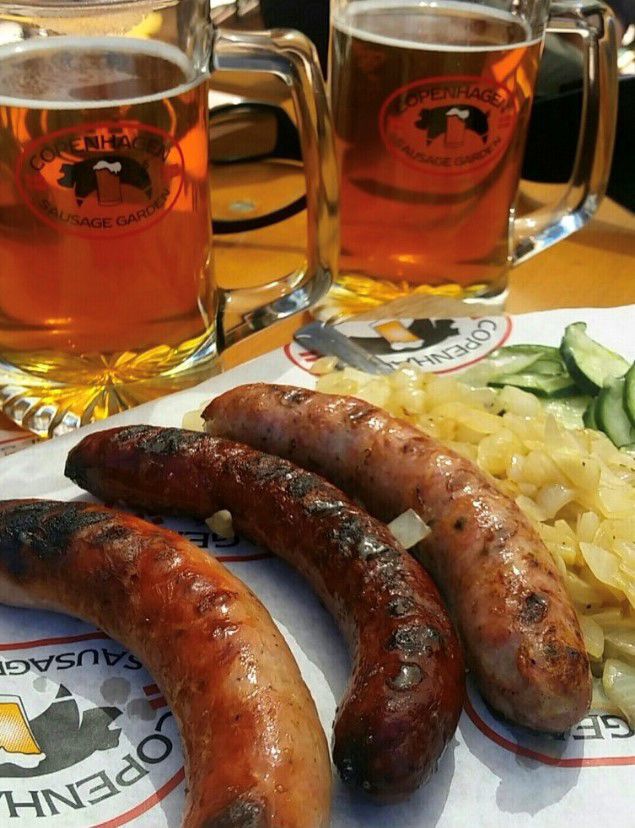 Sausages and beer are shown at the Copenhagen Sausage Garden in Solvang.

The planned restaurant, Fire & Vice, will be located in a new building in the Skyway Center, just west of Highway 135 on Skyway Drive.

Restaurateur Aaron Running, who owns Solvang’s Copenhagen Sausage Garden, an outdoor restaurant serving European-style sausage and beer on tap, is the man behind the new business. He is aiming to open the eatery by the end of February.

The new business will be housed in a 1,800-square-foot building that is in the final stages of construction. A 700-square-foot patio will provide outdoor seating with fire pits.

When Houth Hak and husband Sen Lay opened the Golden Donut in Orcutt at 5 a.m. Friday after four days off for the New Year’s holiday, a crowd …

Running said the goal behind the restaurant is to expand on what’s offered at the Copenhagen Sausage Garden and make use of the building's drive-thru lane.

“This will be slightly different because of the wood-fired pizza, but it’ll be a lot of the same themes as we have at the sausage garden,” he said. “The pizzas will have high-quality homemade sausage, the same kind we have in Solvang.”

Running said the wood-fired oven reaches temperatures high enough to cook the pies within a minute and a half.

“So by the time they get to the drive-thru, it’s ready to go,” he said.

In the morning hours, Fire & Vice will offer coffee and breakfast sandwiches made with homemade bacon and sausage.

“We’re going to be competing against all the other drive-thrus but have a step up on the level of quality,” Running said. “We’ll have burgers with never-frozen beef and homemade brioche buns. Someone can go through the drive-thru and get a wood-fired pizza that’ll taste the same as a pizza from a nice Italian restaurant.”

From noon through midnight, the restaurant will also have beer on tap for diners.

“Fire” in the restaurant’s name refers to the wood-fired pizza oven and “vice” refers to coffee and beer.

Running said Fire & Vice’s drive-thru window will be open from 6 a.m. to midnight, but the hours for indoor seating could vary based on demand.

“There might be different hours for different days," he said. "We’ll play it by ear and see what exact hours for indoor seating work for us."

'It's bittersweet': Owens Music Co. to close after 46 years in Santa Maria

A Santa Maria music store with a 46-year legacy of doing business downtown is closing up shop at the end of this month.

Construction workers move materials near a wood-fired pizza oven at Fire & Vice restaurant, located in a new building in the Skyway Center in Santa Maria. The eatery will feature pizza, homemade sausages and charcuterie boards.

Sausages and beer are shown at the Copenhagen Sausage Garden in Solvang.