Solvang has cannabis tax on Nov. 6 ballot, but allowed uses minimal
Share this
× 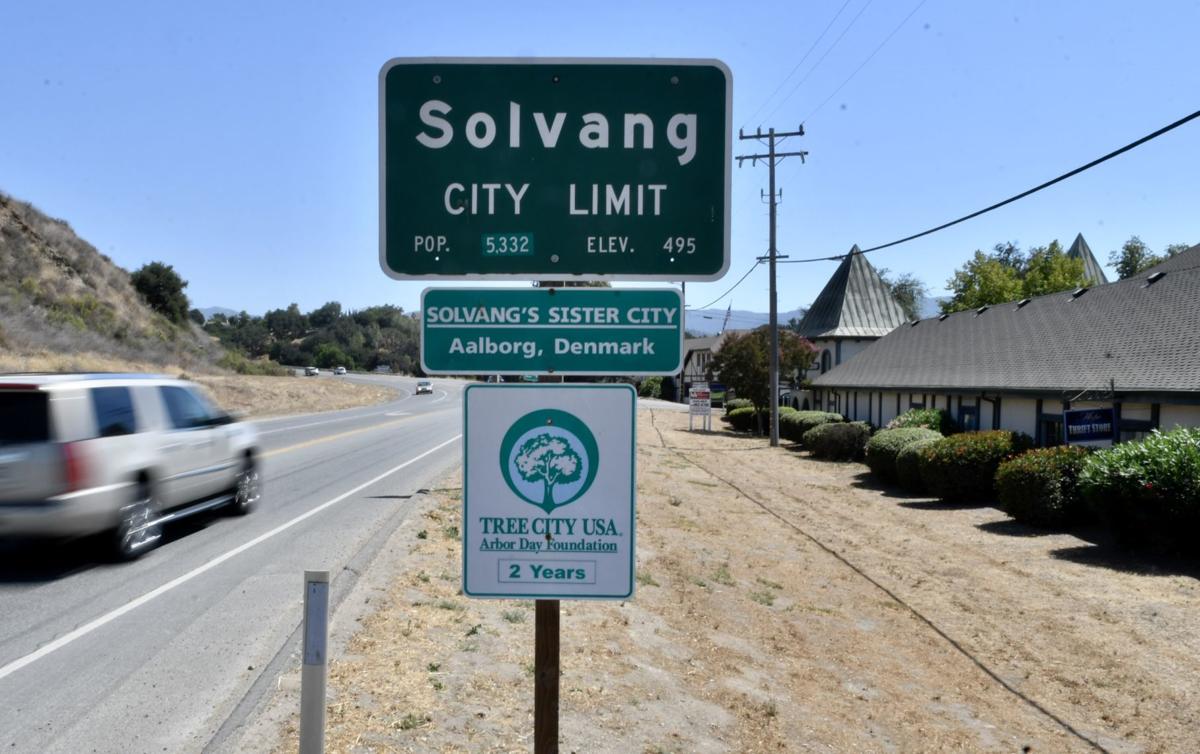 The only parcel of land in Solvang zoned for cannabis businesses is the narrow strip alongside Highway 246, on the west side of the city, shown at right. 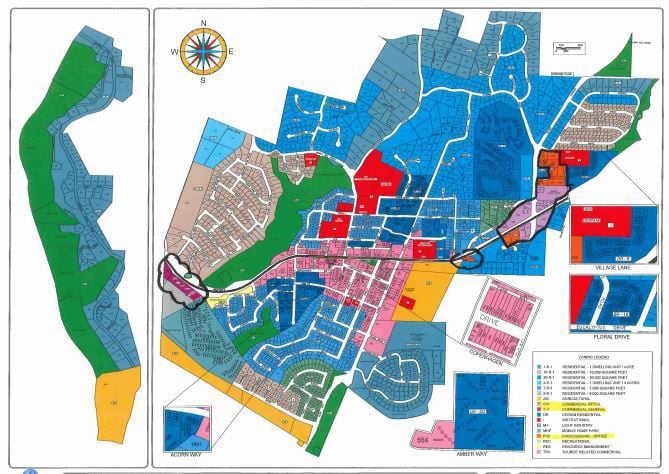 A zoning map of Solvang shows areas outlined in black where the Planning Commission considered allowing medical marijuana dispensaries. Ultimately, the city settled on only the C-3 zone, in dark purple, on the west side of the city.

The city of Solvang is hedging its bets by putting a cannabis tax on the Nov. 6 ballot to fund general city services, even though the only businesses allowed by the city are medical marijuana deliveries and dispensaries.

Cultivation for personal use is allowed, but that’s limited to indoors. Outdoor growing as well as outdoor smoking of cannabis is prohibited.

City Manager Brad Vidro said the city isn’t placing an estimate on how much the tax could generate because the City Council has yet to place a limit on the number of dispensaries allowed and it’s uncertain how much any dispensaries might sell.

Ballot measure F2018 would set the initial cannabis tax rate at 5 percent on gross receipts, with a maximum annual increase of 1 percent up to a cap of 10 percent, and the tax would be in effect until voters decided to end it.

If approved in the Nov. 6 general election, the tax would become effective Jan. 1, 2019.

Earlier this year, a Goleta cannabis operator told the council he could sell $1.2 million worth of medical marijuana a year from a Solvang dispensary. Vidro estimated a 5 percent tax could raise $60,000 in the first year of implementation.

The city has already approved an ordinance that limits cannabis operations to medical marijuana dispensaries in the C-3, or general commercial zone, and the delivery of medical marijuana to individual users — a service that’s been allowed for some time.

In July, the Planning Commission considered recommendations that also would have allowed dispensaries in the C-2 retail commercial and P-O professional office zones but decided to limit them to the C-3 zone only.

Council members decided not to include the number of dispensaries allowed in the ordinance but rather will set that later by resolution, probably at the Monday, Sept. 24, regular meeting.

“I can’t imagine it would be much more than one or two (dispensaries), because there are only about two parcels in the C-3 zone,” Vidro said.

Currently, the only land zoned C-3 in the city is a strip parallel to Highway 246 at the western city limits, where Hope Thrift Store and Nielsen Building Materials are located.

It also would apply to any operation that cultivates, processes, stores, tests, packages, labels, distributes, transports, sells, dispenses or delivers.

“The ordinance was written narrowly, but the tax measure was written broadly,” Vidro explained. “They did it pretty broadly so they wouldn’t have to come back and change it if the state law changes and says ‘you have to allow retail sales’ or something like that.”

He added that the city staff is currently developing the application process for dispensaries, which probably won’t be finalized until the cannabis tax is approved — if, in fact, it is.

“So I wouldn’t expect to see a dispensary (in Solvang) anytime before about December,” Vidro said.

Although during the discussion of the cannabis tax at least one member of the public recommended being specific about how the tax revenues would be spent, the City Council decided to be less specific, directing the revenues to the General Fund for use however the council decides.

However, such purposes as street repair, police protection and public parks are mentioned in the argument in favor of the cannabis tax written by council members Karen Waite and Ryan Toussaint.

The argument notes the measure has five goals:

• Reduce and eliminate the black market in cannabis;

• Establish reasonable and comprehensive regulations to preserve the health and safety of the community;

• Provide access to medical cannabis for people who benefit from its use;

• Establish a new source of funding to benefit the entire community; and,

The only parcel of land in Solvang zoned for cannabis businesses is the narrow strip alongside Highway 246, on the west side of the city, shown at right.

A zoning map of Solvang shows areas outlined in black where the Planning Commission considered allowing medical marijuana dispensaries. Ultimately, the city settled on only the C-3 zone, in dark purple, on the west side of the city.