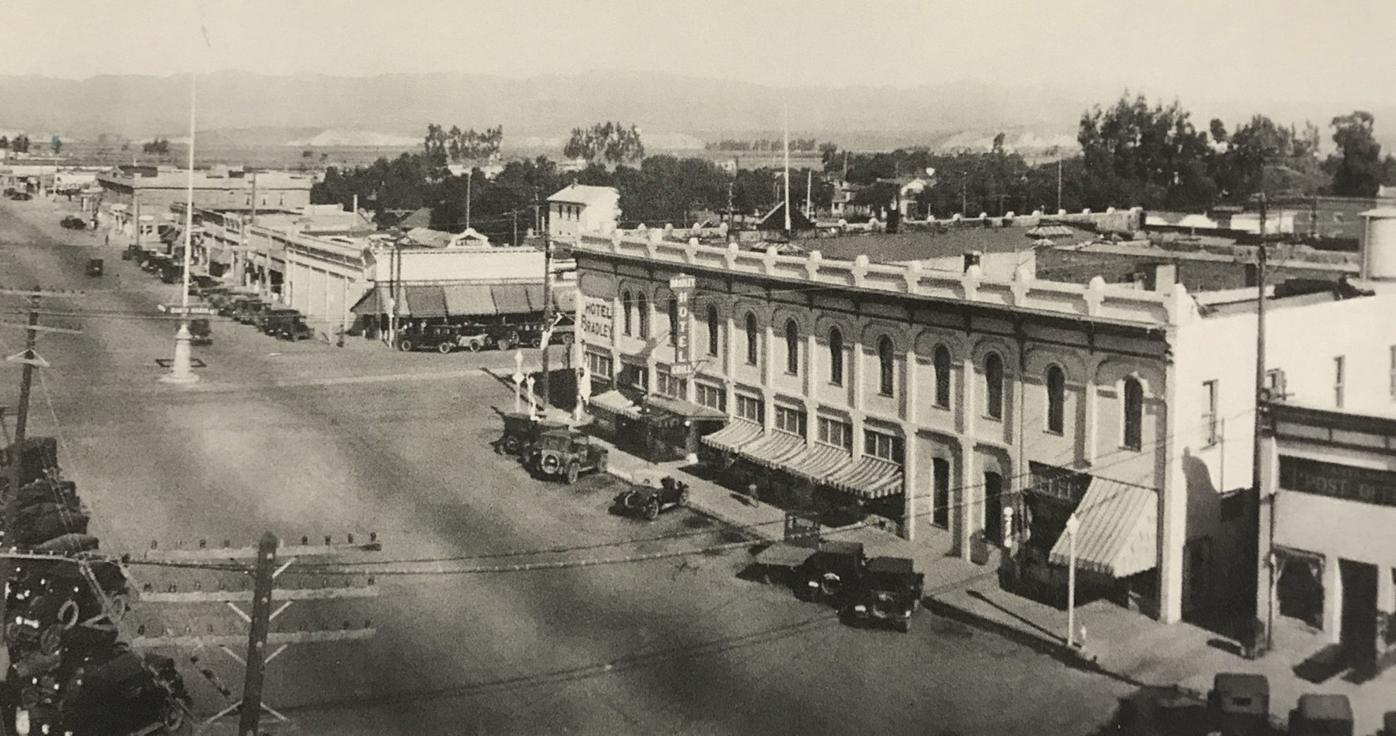 The intersection of Broadway and Main Street in Santa Maria, including Whiskey Row in the 100 block of East Main, to the right of the flagpole, is shown in 1926. 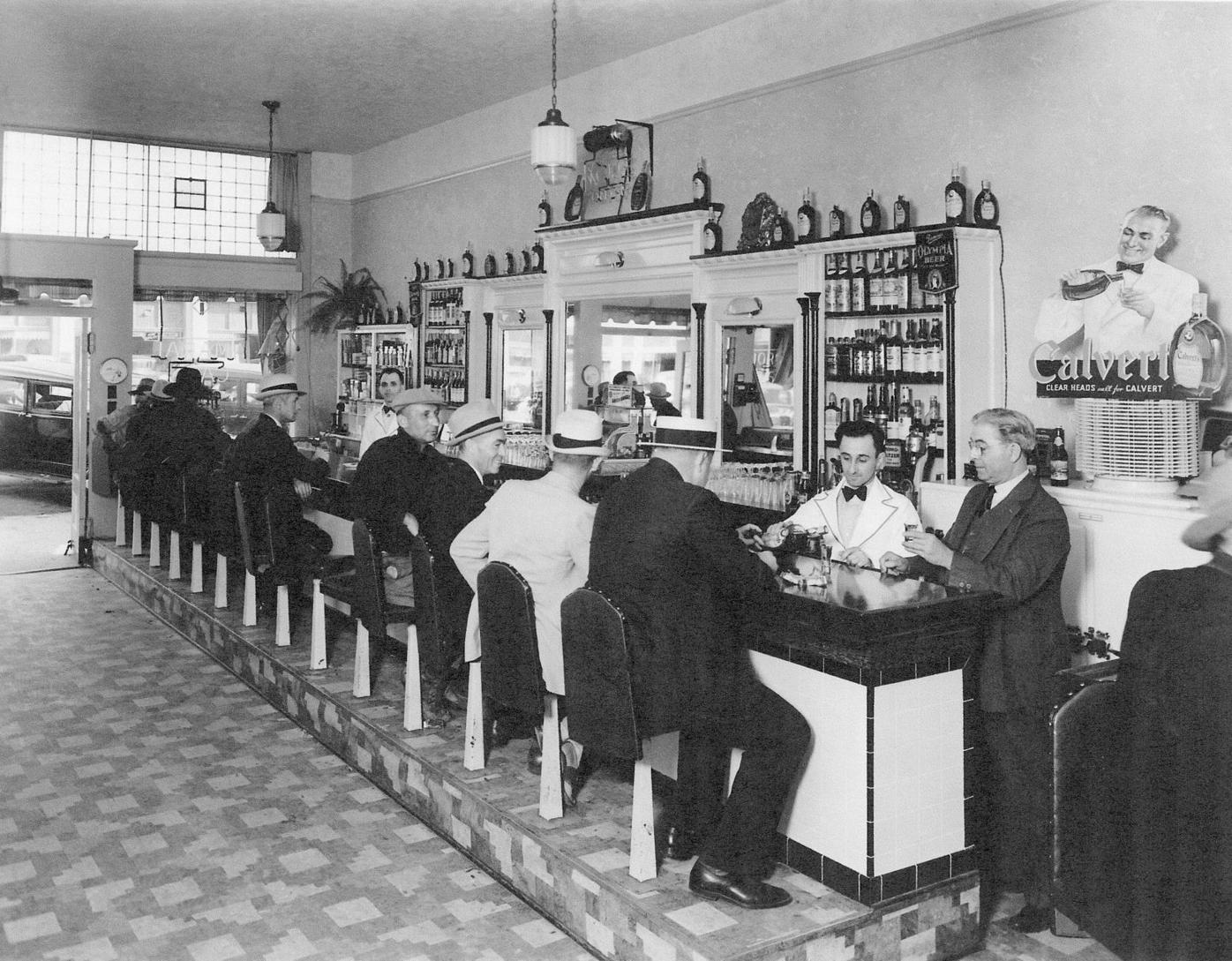 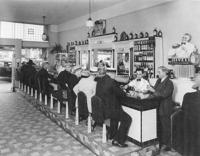 In this photo we see Amaral's Cafe on Whiskey Row, circa 1939. 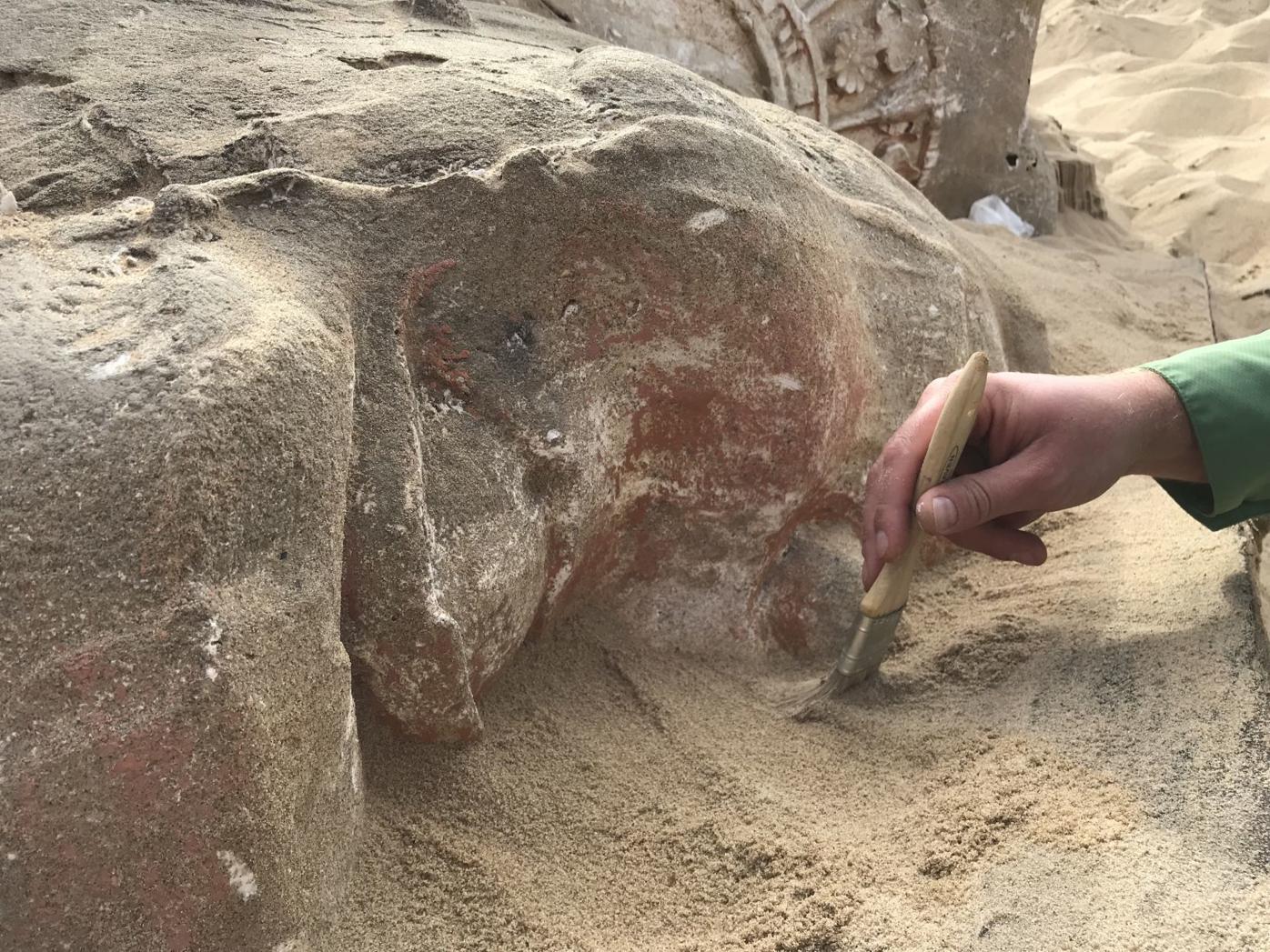 In November 2017, archeologists excavated a 300-pound sphinx that was part of Cecil B. DeMille’s 95-year-old movie set buried in the Guadalupe-Nipomo Dunes.

The intersection of Broadway and Main Street in Santa Maria, including Whiskey Row in the 100 block of East Main, to the right of the flagpole, is shown in 1926.

In this photo we see Amaral's Cafe on Whiskey Row, circa 1939.

In November 2017, archeologists excavated a 300-pound sphinx that was part of Cecil B. DeMille’s 95-year-old movie set buried in the Guadalupe-Nipomo Dunes.

May 17, 1869: Tom Miller, son of the town’s first school teacher, was the first baby born in what is now known as Santa Maria.

May 7, 1873: The first religious society, The Methodist Episcopal, was organized at a meeting held at Fleisher’s Hall located on the northeast corner of Main and Broadway.

May 26, 1880: After having bid $638,665 at a foreclosure sale in Alameda County, Theodore LeRoy acquired the 43,682-acre Rancho Guadalupe as well as the Rancho San Leandro and Rancho Casmalia.

May 1881: The Pine Grove School District was formed.

May 1, 1890: The Santa Maria Bank organized. In 1922 it became a branch of the Security First National Bank.

May 11, 1890: A vigilante group entered Edmond Criswell’s saloon, tied and gagged him before hanging him from the rafters, thus constituting the town’s first and only lynching.

May 1904: Santa Maria Electric Light & Power Company turned on the electricity in town for the first time.

May 1909: The Carnegie Library opened.

May 18, 1917: The Federal Government authorized the compulsory enlistment of people to raise a national army for American entry into WWI.

May 5, 1919: The Bicknell School, located in the Western Union oil fields and named after John B. Bicknell, a promoter of oil production in this area, opened its doors. In June of 1933, due to the effects of the Great Depression, the school closed and the 22 children living on the oil lease were transferred to the Orcutt School District.

May 2, 1922: BPOE announced that plans were being formed to obtain a charter for the organization of an Elks Lodge in Santa Maria.

May 1923: Cecil B. DeMille began filming the silent movie, “The Ten Commandments” on the sand dunes of Guadalupe. The major stars, accompanied by a full-time doctor, stayed at the Santa Maria Inn, while Camp DeMille, a tent city built on the beach, housed the remaining cast and construction workers.

May 1925: Construction began on the Santa Barbara County Hospital on the west boundary of Buena Vista Park.

May 1926: Land was purchased to build a Japanese School in Santa Maria at 134-138 North Western Avenue. Kento Utsumi was hired as a teacher replacing Mrs. Kura Koyama.

May 23, 1928: The Community Arts Association was formed when representatives of the Community Orchestra and those interested in opera, met in the studio of radio station KSMR. The group wrote a tentative constitution and bylaws for the association.

May 31, 1928: The Southern Cross, with Charles Kingford-Smith and Charles Ulm, began the first trans-Pacific flight, a flight financed by Allan Hancock.

May 9, 1930: Los Rancheros Visitadores, said to be one of the largest groups of its kind, organized.

May 24, 1932: John Paulsen set the world record for the 50-yard breaststroke at the municipal plunge.

May 16, 1933: It was announced that Santa Maria’s two principal streets, Broadway and Main Street, from one city limit to the other, would be maintained indirectly by the State of California, thus relieving the city of all expenses under a new secondary highway bill approved and passed by the state assembly.

May 23, 1940: The new Our Lady of Perpetual Health Hospital, located at 125 Airport Avenue, officially opened.

May 1, 1942: The Santa Maria Air Field (now Santa Maria Public Airport) was activated as a B-25 bomber base with Captain Robin A. Day in command.

May 17, 1942: Les Webber, who graduated from Santa Maria Union High School with the Class of 1935, signed to play with the Brooklyn Dodgers. Webber ended his major league career in 1948.

May 11, 1945: The War Manpower Commission announced that the freeze on millions of jobs would end on July 1. Controls were thus lifted in Santa Maria, allowing workers the freedom of working where they chose.

May 15, 1955: The Japanese Union Church of Santa Maria, on North Mary Drive, changed its name to “Christ Methodist Church.”

May 25, 1956: A fire, apparently caused by gas leaking from one of the fire trucks, destroyed Santa Maria’s fire station.

May 2, 1962: John Rudometkin, 1958 graduate of Santa Maria Union High School, was named USC’s “Athlete of the year,” USC’s top athletic award. Rudometkin was inducted into USC’s Hall of Fame in May of 2001.

May 21, 1977: The Santa Maria Times reported that the Maryknoll Sisters serving in Guadalupe would be leaving in June and that their convent, located at 1142 Guadalupe Street, would be closed.

May 25, 1987: Santa Maria’s Memorial Monument, built as a tribute to all veterans who have honorably served in the Armed Forces of the United States of America to preserve our freedom, was dedicated.