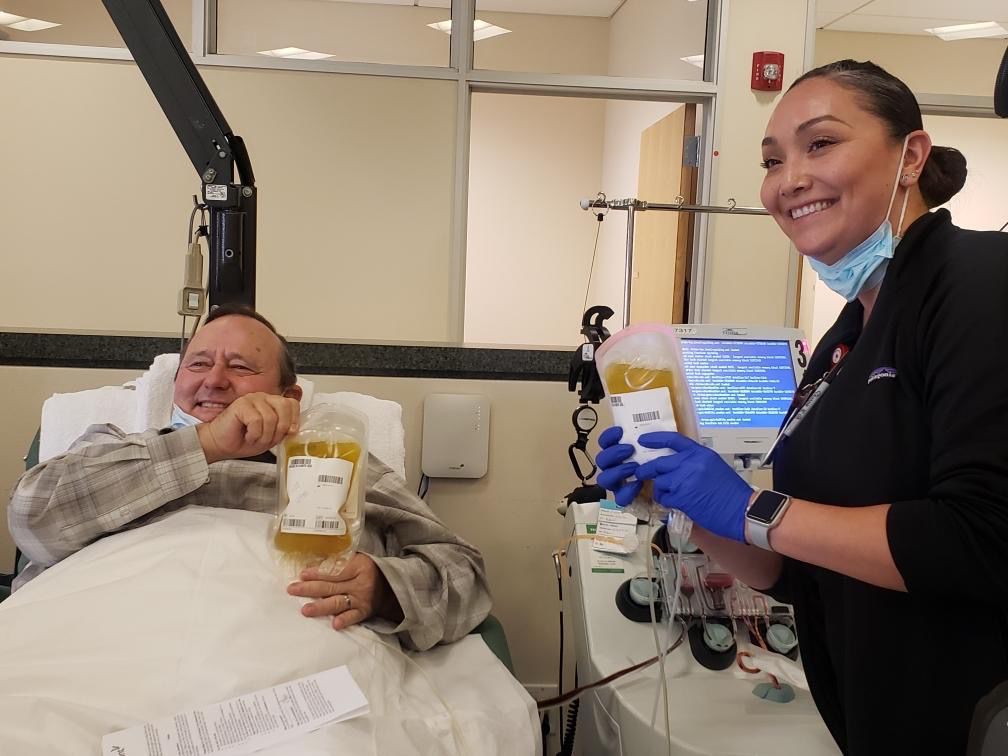 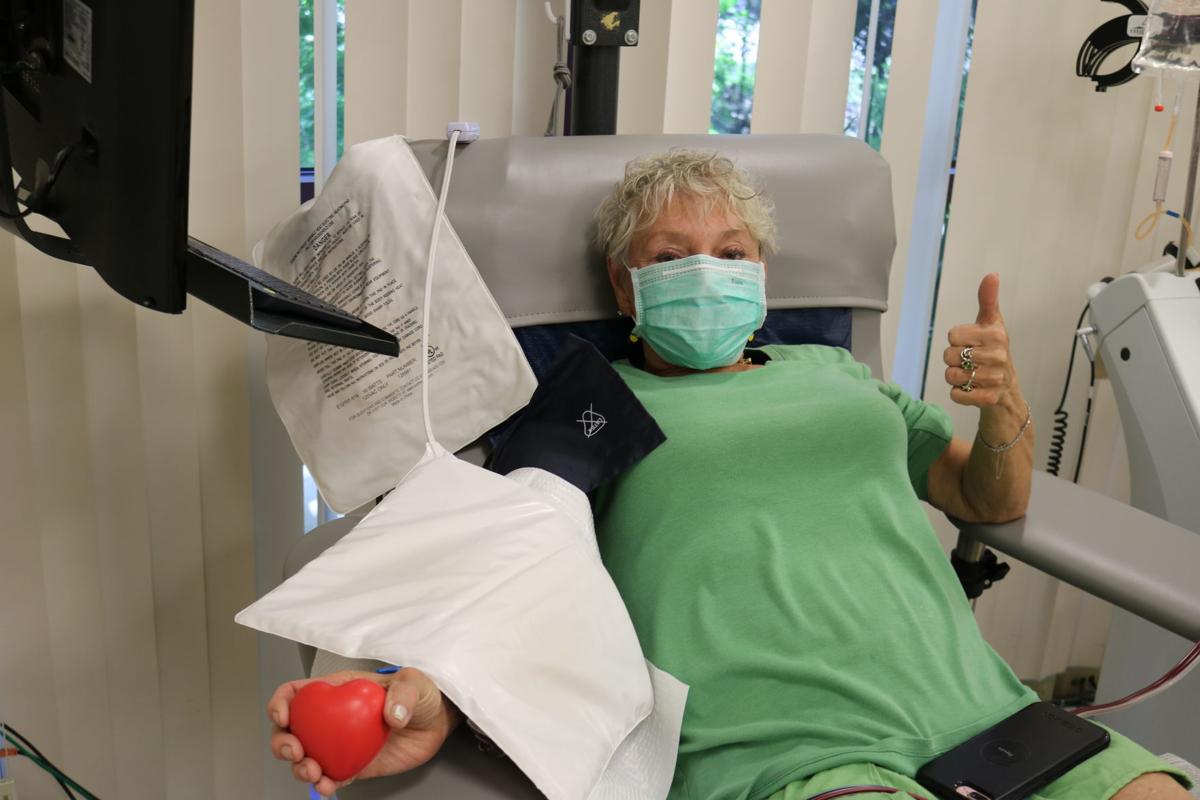 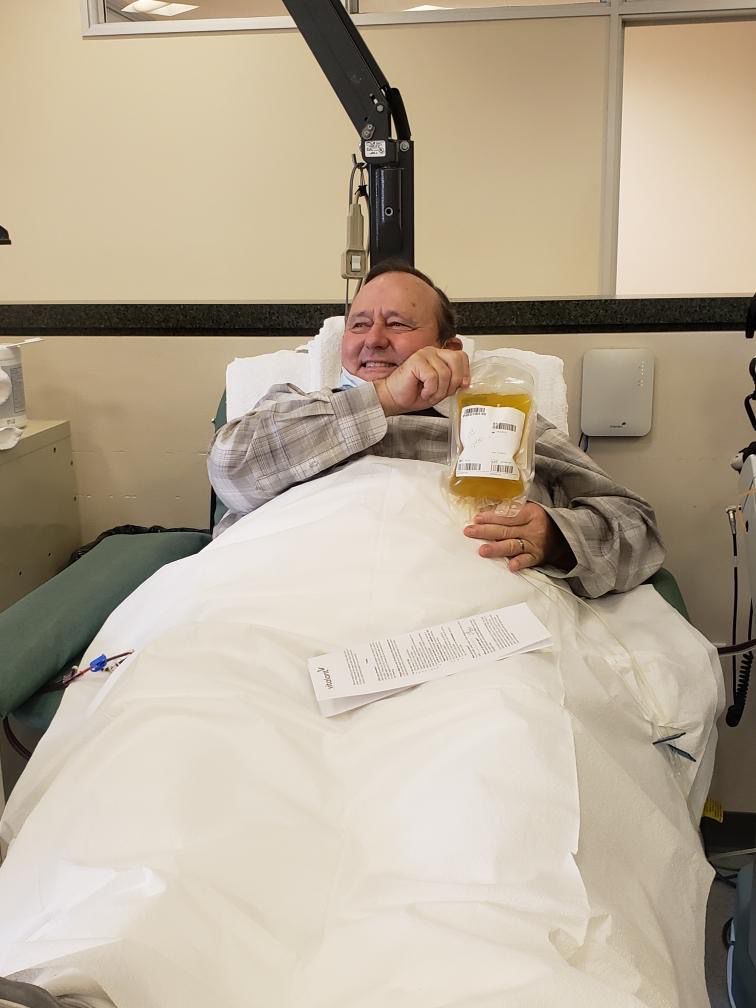 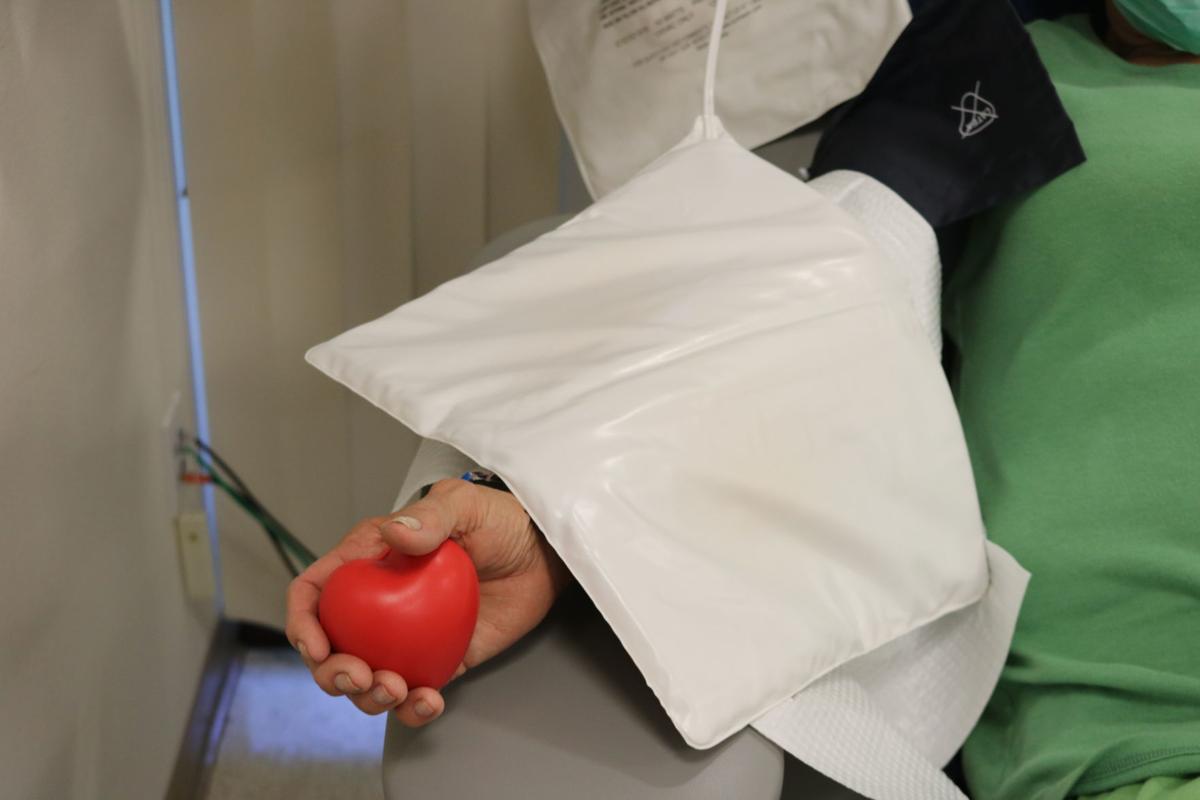 In an effort to aid those fighting coronavirus, Camarillo resident and COVID-19 survivor Dwight Everett chose to donate his plasma, which contributed to the recovery of Santa Maria resident Melissa Meza who had been unresponsive and relying on supplemental oxygen for weeks.

Convalescent plasma is drawn from individuals who have recovered from COVID-19 after at least two weeks and given to patients in critical care with a compatible blood type, allowing virus-fighting antibodies to combat the virus before the body produces its own immune response.

For Dignity Health hospitals on the Central Coast, blood center Vitalant has been their partner in gathering plasma donations, with the need for antibodies rising among COVID-19 patients in critical care.

"At this point a lot of medication is not designed for fighting COVID-19. We also don't have vaccination. As far as antibody therapy, this is it," Vitalant Medical Director Marissa Li said.

As COVID-19 recovery rates rise and more individuals become eligible to donate, at least seven people on the Central Coast, including Everett, have elected to donate their potentially lifesaving plasma through Vitalant.

From Camarillo to Santa Maria

Everett, 66, contracted the virus while on a Diamond Princess cruise ship traveling to San Francisco in February, the same ship on which 100 other passengers were infected and one individual, an elderly man from Placer County, died in the days following disembarkment.

Following the news of the Placer County death, Everett said he immediately got tested and received a positive result the following day.

Once he heard about the emerging process of donating plasma, Everett connected with Camarillo pulmonology specialist Dr. George Yu through his family doctor to discuss the procedure.

Yu, in the meantime, knew of two COVID-19 patients at Pleasant Valley Hospital who were in critical condition, matched Everett’s blood type and could potentially benefit from his donation.

“[Yu] has been the spearhead of this whole thing. He was in touch with Vitalant, trying to work out protocols with them. ... I don't know how many hoops they had to jump through,” Everett said.

Under the guidance of Yu, Everett’s blood donation to Pleasant Valley patient Ron Shirley on April 4 ended up being the first in Ventura County.

Ultimately, Shirley did not survive, even with the assistance of donated plasma. However, Everett was able to donate a liter of plasma on April 8, providing four units that were delivered to patients at Marian Regional Medical Center in Santa Maria, including Meza.

After receiving the plasma donation, in conjunction with blood treatment via ECMO machine in Santa Monica, Meza began breathing on her own and was responsive for the first time since entering intensive care in March.

Louis Meza, Melissa’s husband who was also hospitalized for the virus, said he was ecstatic to hear of Everett’s plasma donation and asked to connect with him over the phone.

Everett said he never expected to be able to connect with one of the recipients of his plasma, and that he was happy to hear his donation had made a difference.

“It was exciting, especially because I knew that [Louis'] wife was doing better. I could hear the happiness in his voice,” Everett said. “I wanted to know if it was doing any good. That's the whole purpose, to do some good in this whole mess.”

'They are heroes now'

Helen Jacobsen, an Arroyo Grande resident, also recently recovered from the coronavirus and knew she wanted to donate plasma as soon as possible.

On Tuesday, she sat at the Vitalant donation center in San Luis Obispo and did her part, encouraging others who have recovered from the virus to do the same.

"This is the most horrid disease," she said. "Anything that will encourage people to donate is good."

Overall, the potential for plasma donations allows those who have felt rejected or marginalized for their COVID-19 diagnosis to help in a crucial way that others cannot, according to Li.

"A lot of these COVID-19 patients who have been socially isolated, ostracized ... they are heroes now. They can save other people’s lives," Li said.

While many may want to donate plasma, Li issued a reminder that potential donors must have tested positive via testing, then be virus-free for two weeks before donating.

For this reason, Li said the development of further antibody testing will be crucial to identifying more cases and, therefore, more potential donors.

"If we have a good antibody test, then I anticipate the potential donors will increase significantly," she said.

Louis Meza said he is eager to donate plasma himself once he has been virus-free for two weeks.

Extracorporeal membrane oxygenation, or ECMO, provides heart and lung assistance for very ill people using a pump to circulate the individual's blood through an artificial lung, then back into the bloodstream.

The Santa Barbara County Public Health Department confirmed the sixth death of a COVID-19 patient on Friday, along with issuing a health order…

After Santa Marian Melissa Meza received a plasma donation from a COVID-19 survivor that aided in her fight against the virus, her husband vowed to pay it forward by making his own donation once he recovered.