The city of Santa Maria is set to begin a native-plant restoration project on about 150 acres of city-owned land in the Santa Maria Riverbed, a spokesman announced Wednesday.

The work is slated to begin this week, east of the Highway 101 bridge.

The project will reduce overgrown shrubbery and invasive plant species, according to city spokesman Mark van de Kamp, who added that the work also will help native plants and animals thrive in the upcoming spring season, allow for easier walking access, and help mitigate any potential fire risk.

“The Recreation and Parks Department will increase the enjoyment of the outdoors to youth, teens, and adults, so all can experience and learn about the flora, fauna, and geology of the area surrounding the Santa Maria River Trail through its new Ranch to River Nature Program,” read a portion of a statement released by the city.

“The program will include free bus transportation for school field trips, weekend docent-led nature hikes, and nature activities to help inspire visitors to learn about the local wildlife environments and teach responsible stewardship of natural resources,” it continued. “These activities are made possible through a grant funded by California State Parks.”

In preparation for the restoration work, the city posted signs notifying anyone residing in the riverbed to vacate the property.

The affected parcels were purchased by the city in 2009 with grant funds from the Land Water Conservation Fund. The purchases were made as an additional effort to preserve plant and wildlife, filter storm water runoff, and replenish the Santa Maria River Valley Groundwater Basin, according to the city.

During 2010 and 2011, 35 interpretive nature markers were placed in the riverbed to inform visitors about the native flora and fauna.

Decorations to be removed from Santa Maria Cemetery graves Monday

Santa Maria Cemetery District will begin its next cleanup of the cemetery grounds Monday, with cleaning scheduled to continue until Friday, a …

The launch of the ICBM, which is a component of the United States’ nuclear weapons system, is scheduled for a window between 12:21 and 6:21 a.m. The test was announced by the 30th Space Wing on Monday morning.

With the cancellation this year of major events such as the Santa Maria Valley Strawberry Festival and the Santa Barbara County Fair, COVID-19… 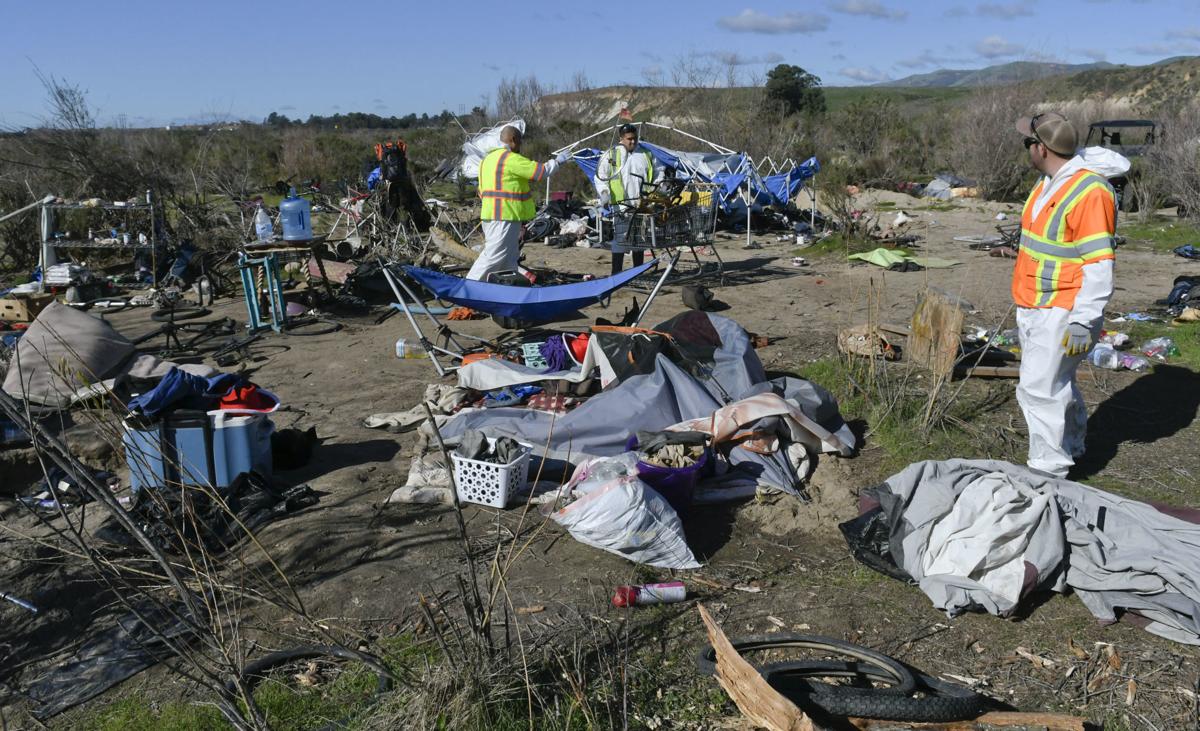 Santa Maria City workers clear a homeless camp in the Santa Maria Riverbed, east of Highway 101, on Wednesday. The city is beginning a native-plant restoration project on about 150 acres of city-owned land in the area. 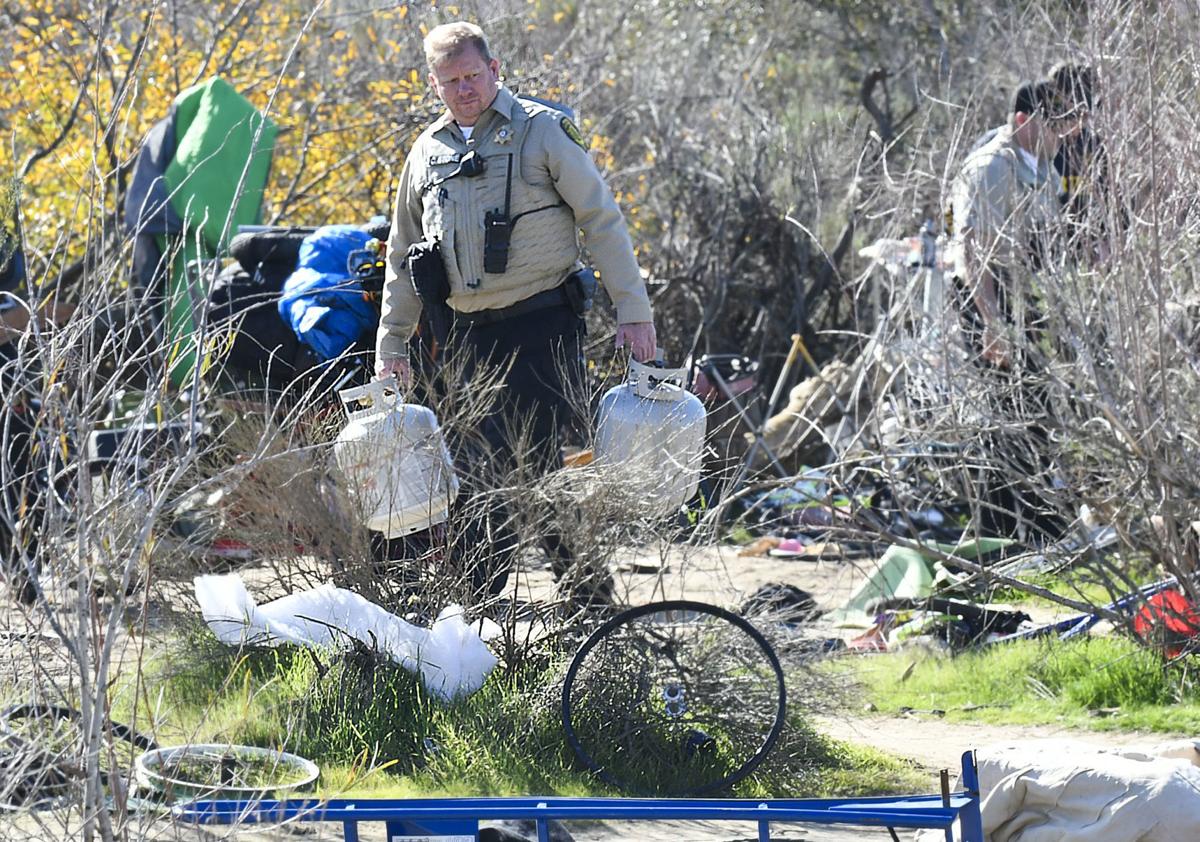 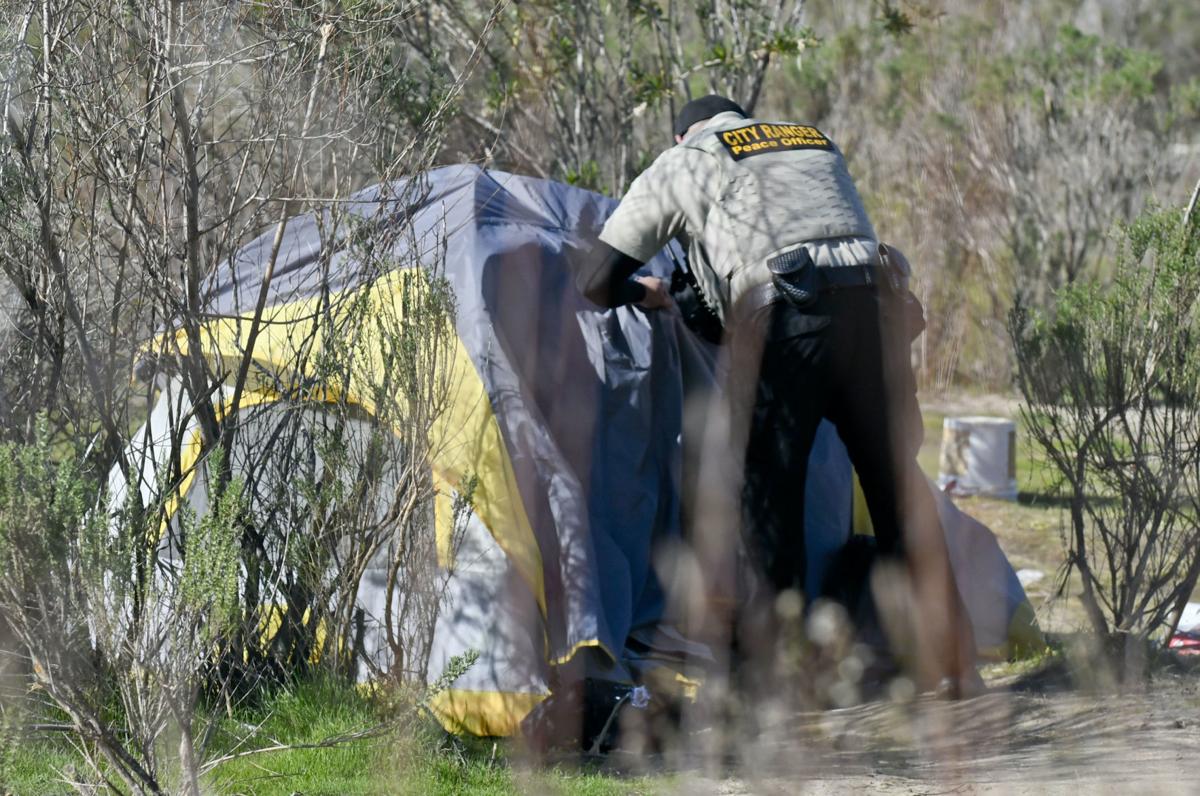 A Santa Maria Park Ranger checks a tent in a homeless camp in the Santa Maria Riverbed on Wednesday.