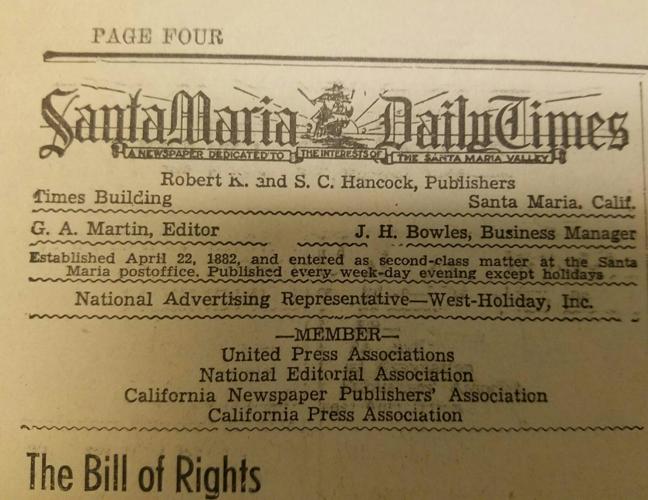 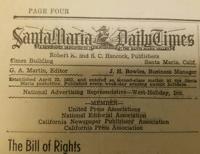 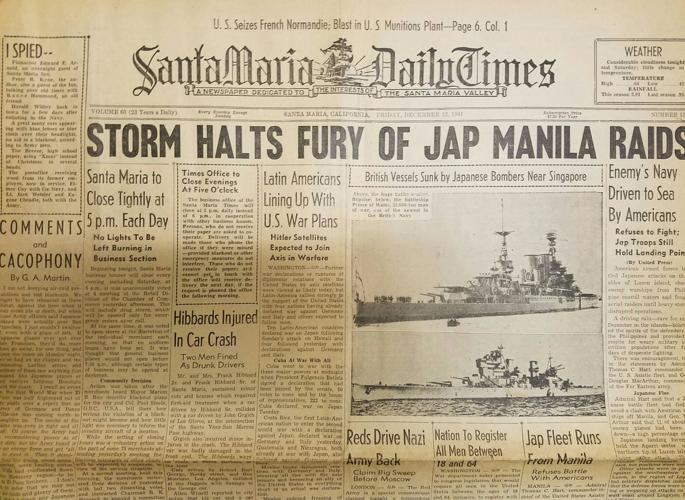 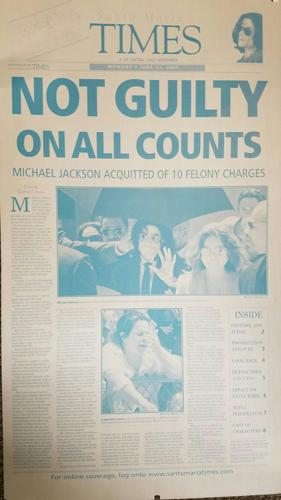 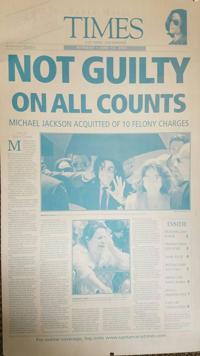 The Santa Maria Times was there when Michael Jackson was acquitted of 10 felony charges at Santa Maria Superior Court on June 13, 2005.

The Santa Maria Times was there when Michael Jackson was acquitted of 10 felony charges at Santa Maria Superior Court on June 13, 2005.

On Feb. 8, 1937, Santa Maria saw some of its worst flooding in decades, and the Santa Maria Daily Times was there telling the story.

"Flood carries out a section of Suey Bridge," the one-column, three-deck headline reads, followed by "Old Iron Bridge on Main Highway Put into Use as Pavement Floods."

The story goes on to say that the highest water in two decades surged down the Santa Maria River, caused by snowmelt and rain on the upper reaches of the Sisquoc and from the Cuyama River and tributaries. It rose so rapidly that it covered the road in four to five feet of water in a matter of hours.

Included in the Times' coverage of the flood was the tale of "three lads," A.S. Vanstone, J.A. Maxwell and Chas Myers, who turned over in a car as a result of the rain and spent the night as guests at the Santa Maria Inn "giving thanks to the fact that they were alive."

As the flood water receded, the Times covered the clean-up, and most of the aftermath has been preserved on microfilm or yellowing bound copies of newspapers.

But now the details, and nearly every other local historic event can be accessed without rolls of microfilm or musty, brittle newspapers.

Quite possibly the single largest local history publication in our region happened in the past month as thousands of pages of the Santa Maria Times were digitized through a partnership project with Newspapers.com.

Through a subscription service, anyone with a password and an internet connection can view a completely searchable online digital archive of Santa Maria, and our region's history. Lee Enterprises, which owns the Times, also has a similar agreement that is digitizing its sister Lee Central Coast Newspapers -- the Santa Ynez Valley News and Lompoc Record.

In addition to local history, the archives feature most major national and international events ranging from the fall of the stock market, to the end of World War II, the sinking of the Titanic and the resignation of Richard M. Nixon.

The digitized Santa Maria Times newspapers will help more people access history regardless of where they are, and serve as a starting point and journal of local history. Now it's all available at your fingertips.

To access the Times' archives, set up your subscription at santamariatimes.com/archives. For more information call Managing Editor Marga Cooley at 805-739-2143.