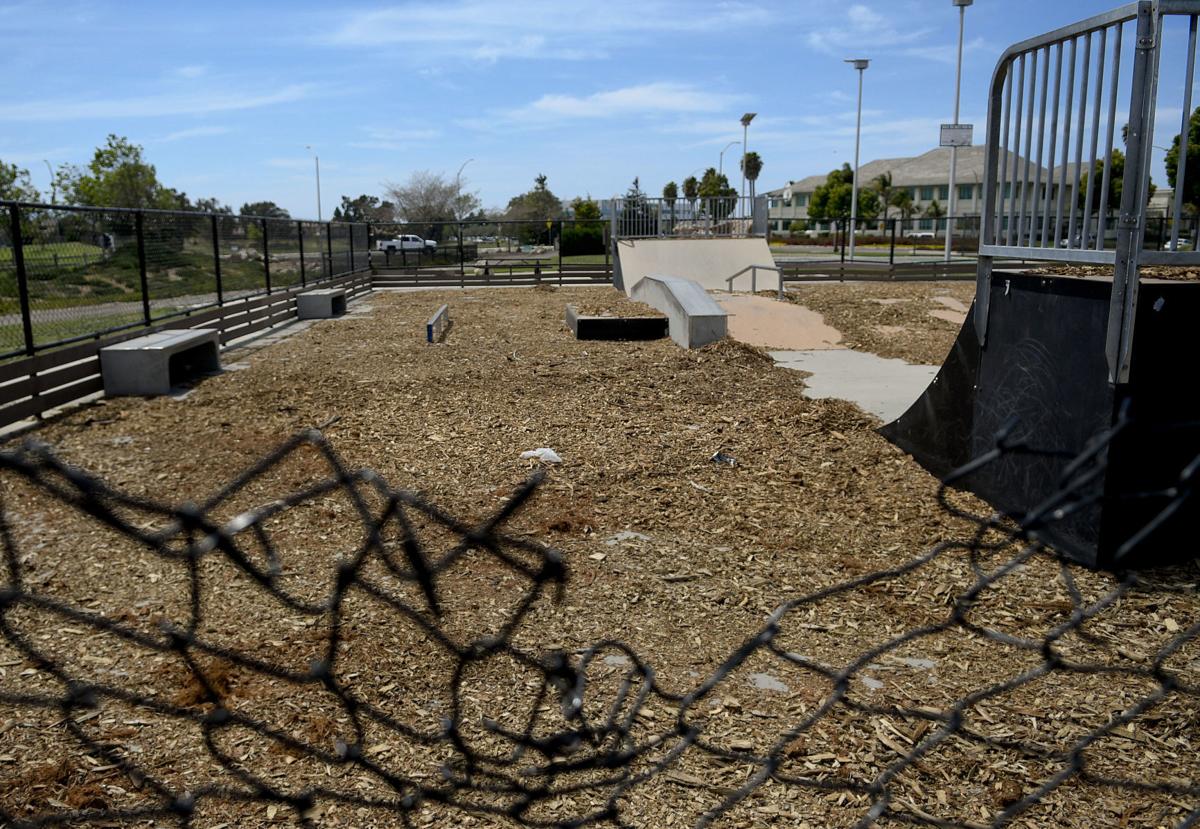 After repeated incidents of forced entry into the closed skate park in the Crossroads Center area, Santa Maria Recreation and Parks Department officials covered the surface with wood chips. 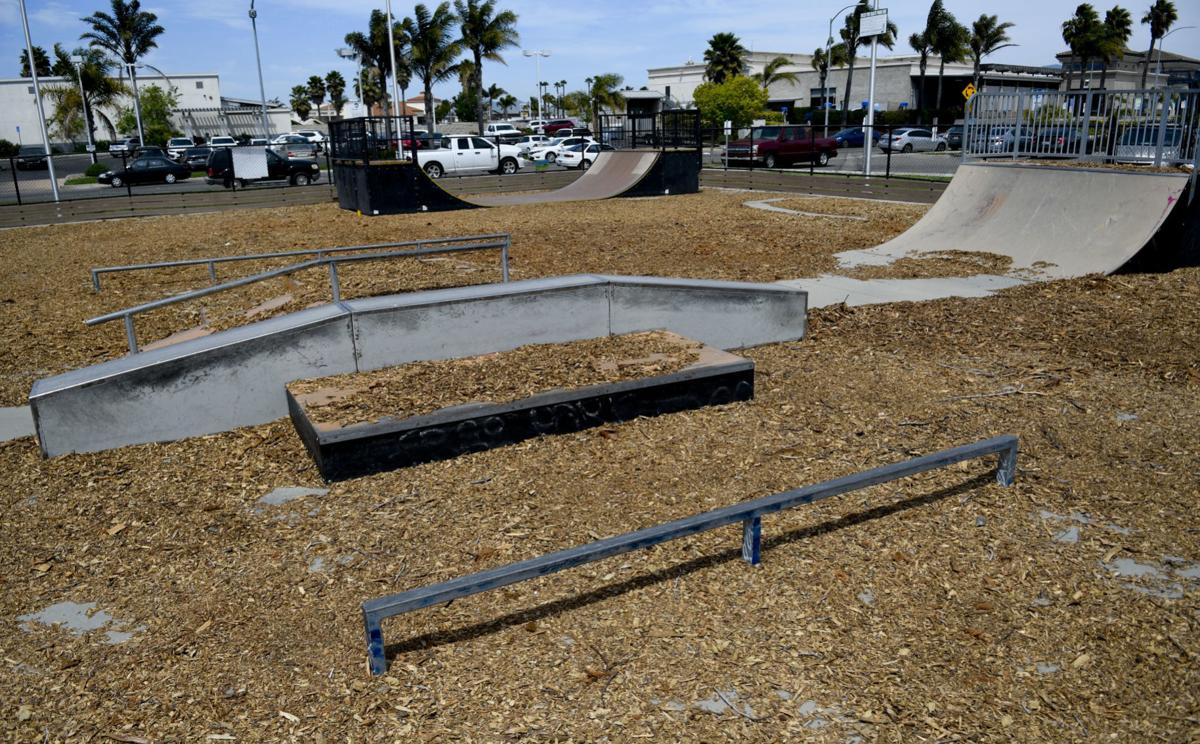 Santa Maria Recreation and Parks Department officials covered the surface of the skate park near the Crossroads Center with wood chips to discourage skaters from using the temporarily closed facility after repeated incidents of forced entry and vandalism.

The skate park, located in the Crossroads Center area, was closed April 2 over concerns about residents gathering and not practicing social distancing amid the coronavirus outbreak, according to Recreation and Parks Department Director Alex Posada.

Despite the closure, residents have continued to forcibly enter and use the skate park, said city spokesman Mark van de Kamp.

"There have been several acts of vandalism, [including] cutting fencing to gain access, graffiti on ramps, etc., since the park was closed," van de Kamp said.

Signs noting the closure have been posted by the outdoor skate area, along with metal fencing secured by a locked gate.

However, on Wednesday, the lock had been broken and the fence was damaged in various places, suggesting signs of forced entry into the area.

Word of the wood chips being spread elicited anger on social media, with some individuals stating residents will likely still find a way to enter and use the park.

"I saw them filling it yesterday, I was so mad," one Santa Maria resident posted on Facebook on Tuesday.

Others expressed concern that the city had spent excessive funds to fill the area.

The city did not confirm the cost associated with laying the wood chips.

City officials have not decided on a reopening date for the skate park or the removal of the wood chips, but that will likely take place toward the end of the county's phased reopening process, Posada said.

With the 2020-21 academic year scheduled to begin in a month, school districts in Santa Maria and surrounding areas continue to finalize potential plans for classes.

When seasoned Santa Maria salon owner Bambie Ruiz Padilla was finally able to open the doors of Coiffure Society Salon on June 8, she and co-o…

A Solvang father is suing General Motors Corporation and the driver of a Chevrolet Camaro, accusing them of causing the deaths of his wife and two infant children in a fiery collision on Highway 154 October 2019, according to a lawsuit filed in Santa Barbara County Superior Court.

At least 14 individuals have been infected and one has died in connection with a COVID-19 outbreak at a housing location for temporary agricultural workers on H-2A visas in Santa Maria, the Santa Barbara County Public Health Department has confirmed.

Superintendents from the Santa Maria-Bonita, Guadalupe Union, Orcutt Union and Santa Maria Joint-Union school districts said they will wait until next week to make their final decisions regarding the structure of the 2020-21 school year in an attempt to align plans between districts.

After repeated incidents of forced entry into the closed skate park in the Crossroads Center area, Santa Maria Recreation and Parks Department officials covered the surface with wood chips.

Santa Maria Recreation and Parks Department officials covered the surface of the skate park near the Crossroads Center with wood chips to discourage skaters from using the temporarily closed facility after repeated incidents of forced entry and vandalism.