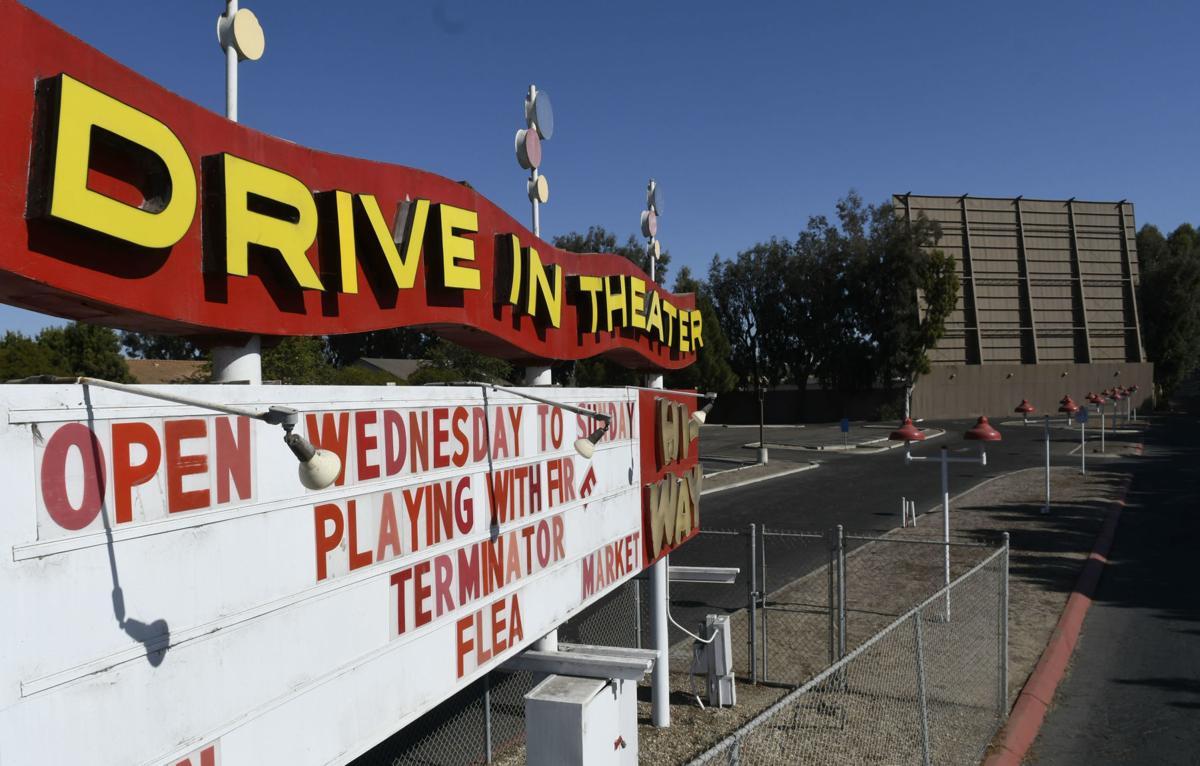 The Hi-Way Drive-in in Santa Maria, shown Friday, is for sale. 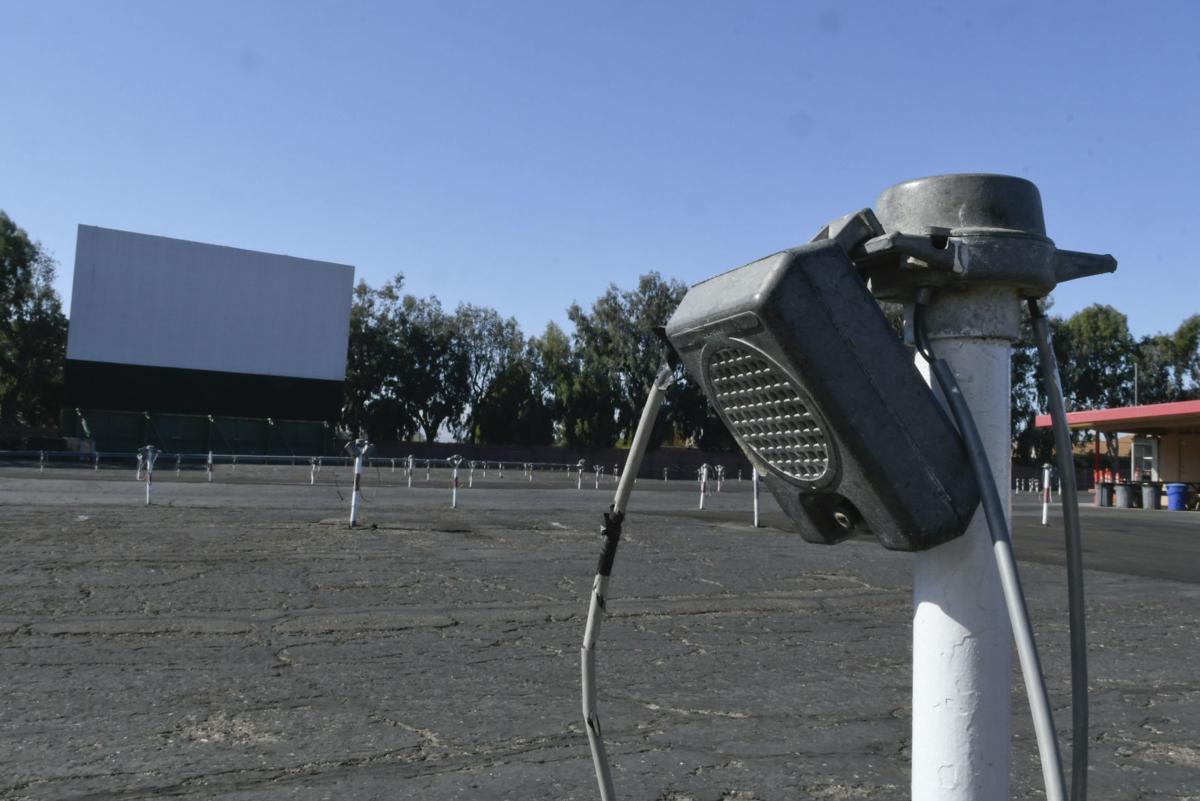 Old-fashioned window speakers still hang on their posts at the Hi-Way Drive-in in Santa Maria, shown Friday, which is up for sale. 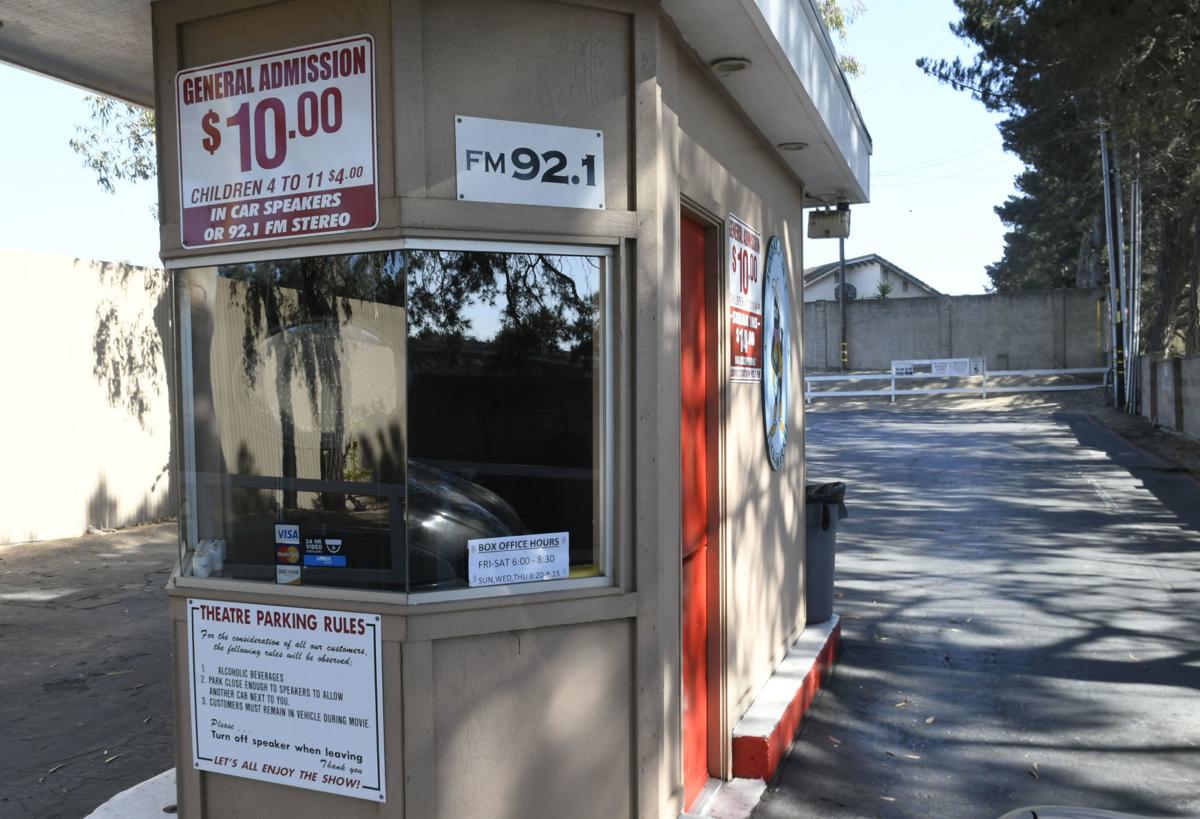 The ticket booth, shown Friday, is still in operation at the Hi-Way Drive-in in Santa Maria.

A decades-old Santa Maria institution, the Hi-Way Drive-in, is up for sale and the site may be redeveloped for housing or another commercial use.

According to the listing, which suggests the site could be used for housing or other development, the property has been owned and operated as a drive-in theater for the past 60 years.

In recent years, it also hosted a swap meet and flea market once a week.

The property is now surrounded by residential development.

Ng said the property is currently designated for commercial use, and any change from that would require a land use amendment and zone change with hearings before the Planning Commission and City Council.

“We are supportive of a use and development that would support the city's economic development or housing goals,” he said. “We also recommend that the use would be compatible with the surrounding area.”

While the Hi-Way Drive-In has posted a movie schedule on its website through the end of the month, it’s unclear what the future holds for the theater.

Reached by phone on Friday, a Hi-Way Drive-In employee said she was unable to comment on the future of the business.

“The only thing that we know is it's up for sale,” said the woman, who declined to give her name. “I talked to the owner and, until it’s actually in escrow, that’s all I can say.”

The single-screen theater has been the sole drive-in located in Santa Maria since the demolition of the Park Aire Drive-In in 1999.

The old Park Aire lot, which was located off East Donovan Road, has since been replaced with residential development.

According to the United Drive-in Theatre Owners Association, there were 18 drive-ins with 44 screens that remained operating in California as of August 2018.

In Lompoc, the old Valley Drive-In remains standing but has been shuttered since 1998.

There were over 4,000 drive-in theaters across the country in the late 1950s, but that number has dwindled to 317 as increasing property values made selling for redevelopment an attractive option for theater owners, according to association.

With Santa Maria expected to add over 35,000 people to its population in the next three decades, city officials are set to begin the next stag…

The Hi-Way Drive-in in Santa Maria, shown Friday, is for sale.

Old-fashioned window speakers still hang on their posts at the Hi-Way Drive-in in Santa Maria, shown Friday, which is up for sale.

The ticket booth, shown Friday, is still in operation at the Hi-Way Drive-in in Santa Maria. 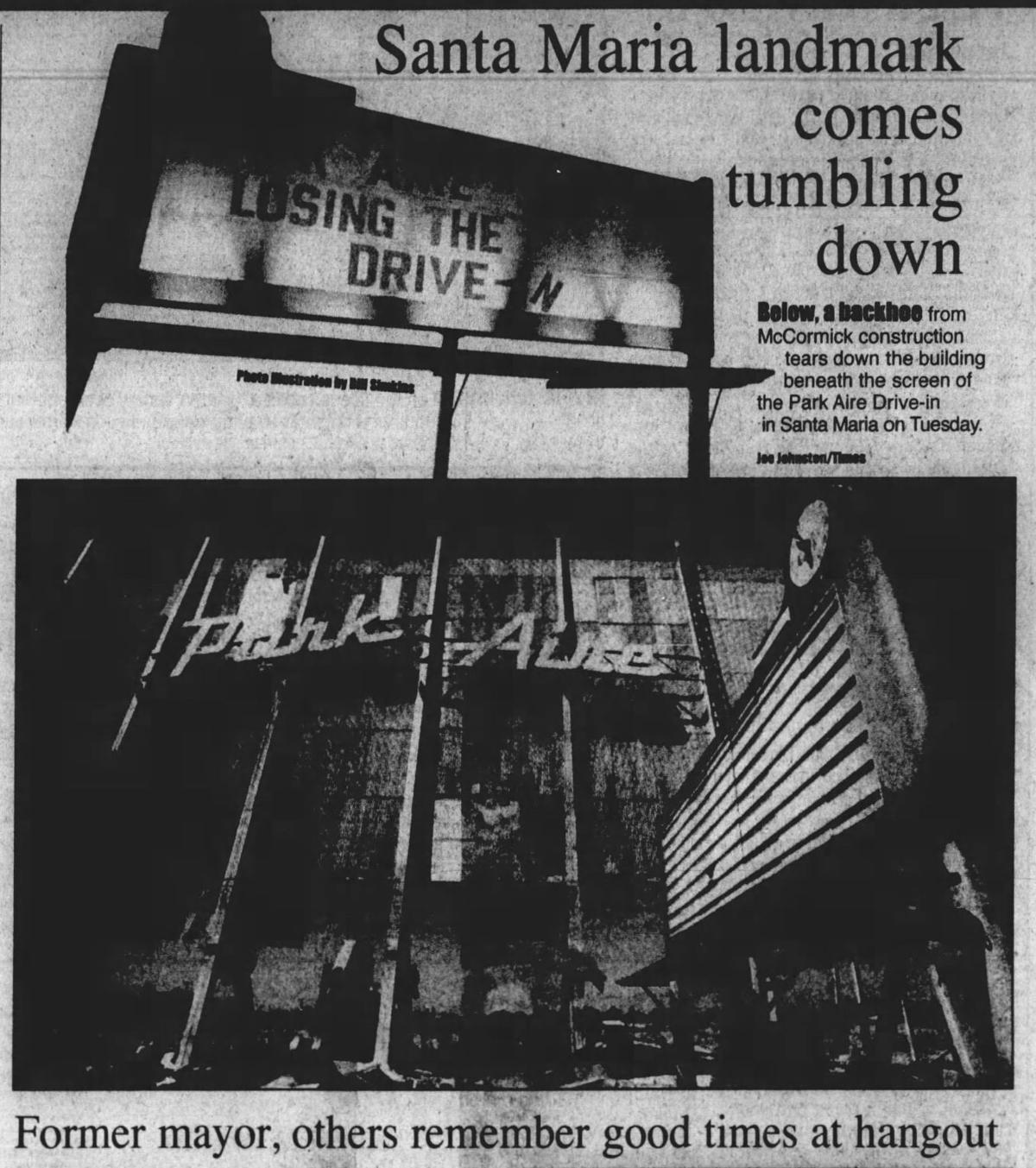 The demolition of the Park Aire Drive-in was on the front page of the June 10, 1999, edition of the Santa Maria Times. You can see more Santa Maria history by going through our Digital Archives at SantaMariaTimes.com/archives.