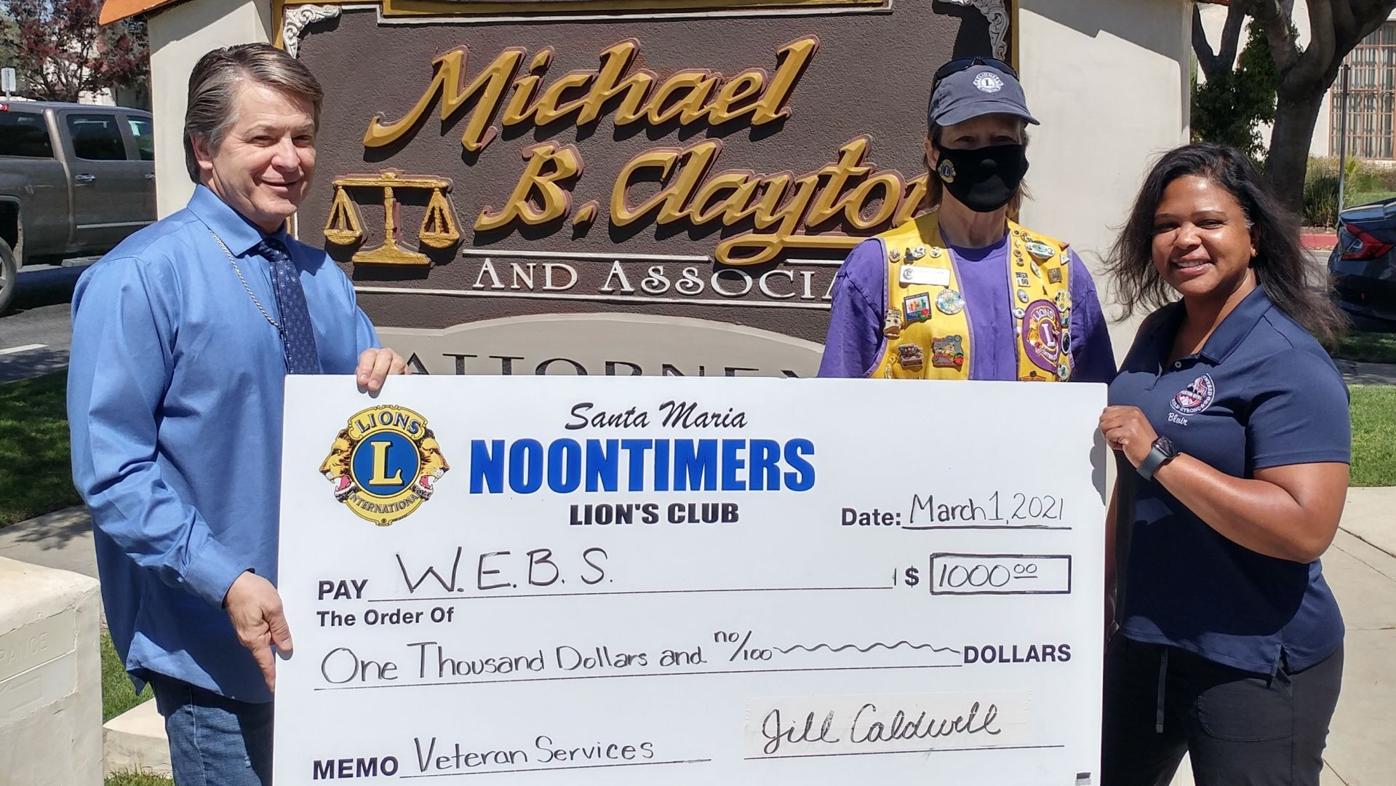 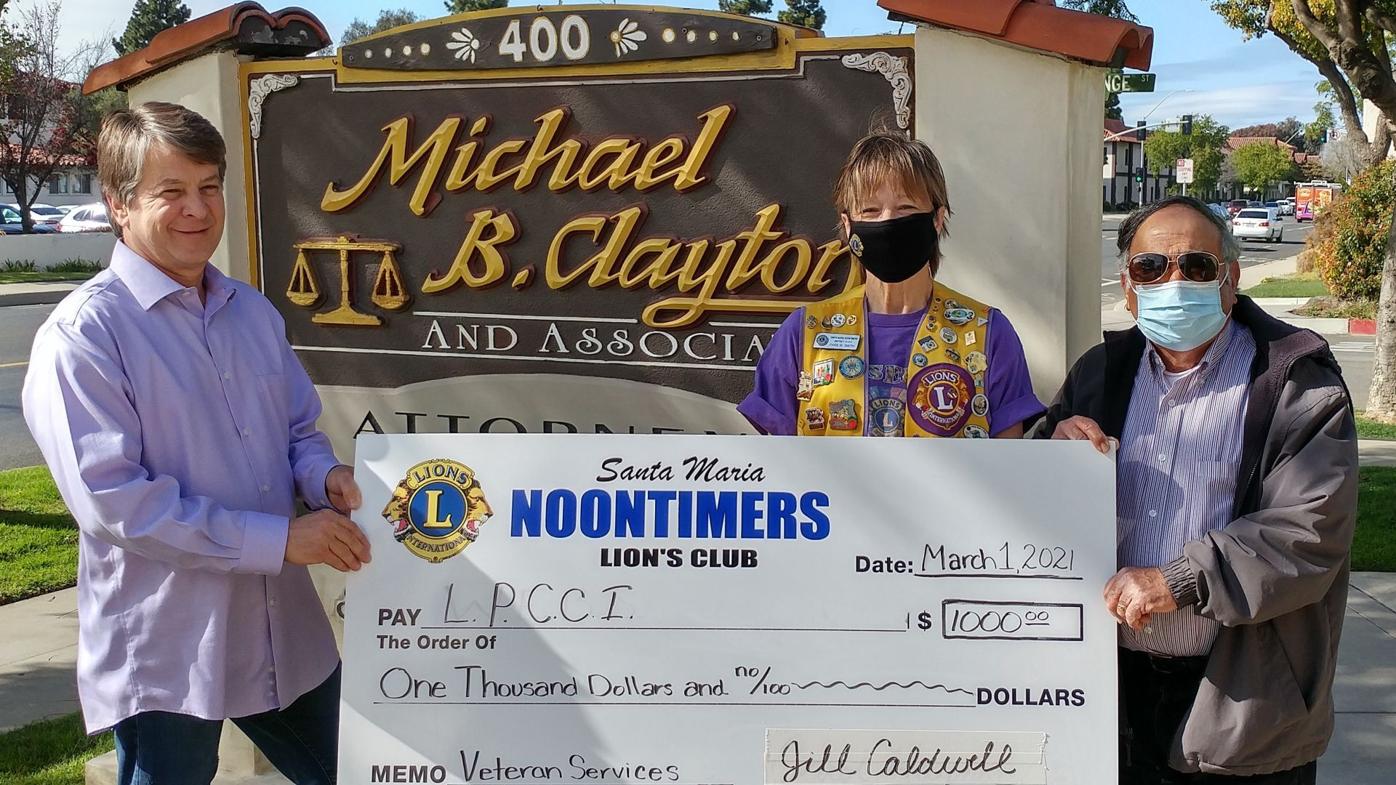 The Santa Maria Noontimers Lions Club recently presented checks for $1,000 to two organizations that support veterans on the Central Coast.

The funds were primarily collected by Santa Maria attorney Michael B. Clayton during his Veterans Day barbecue luncheon held in November 2020. Although the annual meal is free to all veterans and their families, many who attend contribute to his veterans fund.

Each year, Clayton selects a veterans group or organization to be the recipient of the donations, but in 2020 he selected the Santa Maria Noontimers Lions Club as well as the Elks Lodge who hosted the event on short notice.

The Noontimers Lions have been longtime participants and supporters of Clayton’s event (nearly 20 years), and this was his way of thanking them for their service. In keeping with his mission of service to veterans, the Noontimers wanted to turn around and donate the funds received to organizations that serve veterans directly.

The Lions chose to add some of their own funds to round up the totals to $1,000 each to Operation WEBS — Women Empowered Build Strong (OpWEBS) and Lions Project for Canine Companions for Independence — Veterans Initiative.

OpWEBS is developing a self-sustaining, tiny home on wheels farming community in Santa Barbara County to encourage and empower women veterans who have struggled in their transition back to civilian life. It provides them with housing stability and connects them to supportive veterans service providers.

LPCCI is a nonprofit organization formed to educate, raise funds and seek puppy raisers for Canine Companions for Independence. In 2018, Canine Companions launched a pilot program to directly place service dogs with veterans with post-traumatic stress disorder. Dogs are trained in tasks including anxiety and nightmare interruption, turning on lights, retrieving items and supporting their handler in crowded public situations that might provoke anxiety for individuals with PTSD.

The Santa Maria Noontimers Lions are part of Lions Clubs International, the world’s largest service club organization with more than 1.4 million members. They meet at lunchtime on Wednesdays and invite inquiries at lionlaura4a3@gmail.com.