Read through the obituaries published in Santa Maria Times

Dionisio Rodriguez Macias, 77, of Santa Maria, CA passed away March 18, 2020. Funeral arrangements are in the care of Moreno Mortuary. www.morenomortuary.com

Update - due to current restrictions, the memorial for Shannon Rose Chavez has been rescheduled to Sunday, June 28th, 2020 from 12:30pm-5pm at Lompoc's Hilton Garden Inn at 1202 North H St.

May J. Rikalo, 103, resident of Santa Maria, CA passed away March 22, 2020. Arrangements are under the direction of Dudley-Hoffman Mortuary, Crematory and Memory Gardens. www.dudleyhoffmanmortuary.com

Allen Baxter, 84, of Grover Beach passed away March 19, 2020. Arrangements are under the care of the Marshall-Spoo Sunset Funeral Chapel in Grover Beach. 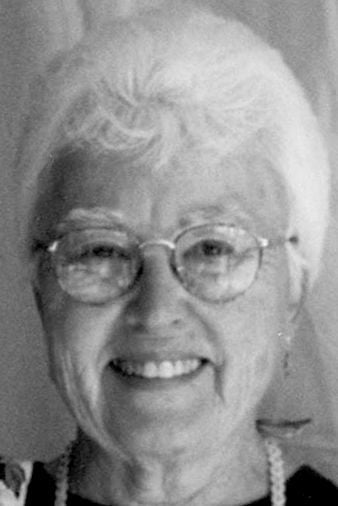 Mary Kathaleen Richmond passed away March 16th at the age of 90. Mary Kay was born in LeMars, Iowa on 3/25/29 to Clifford and Mary Lee. Her mother passed away soon after her birth. She was raised by her aunt, Nina Lee, and came to Los Angeles when she was about 10 years old.

She met her husband, Bud, when they were in junior high school, dated through high school, and married in 1950. They would have been married 70 years in May. They lived in Lawndale, CA before moving to Santa Maria in 1994.

She is survived by her husband, Bud, of Santa Maria, sons Dan (Patti) of Hayden, ID, Jay (Janda) of Lawndale, CA, Dean (Cindy) of Camarillo, and daughter, Donna Nance (Bob) of Orcutt. She was Granny to seven grandchildren and seven great-grandchildren.

She was preceded in death by her parents, her Aunt Nina, brother, Orville, and sisters, Marion and Mildred.

Mary Kay was a talented seamstress and prize winning quilter, having quilts featured in national quilt shows, magazines and calendars. Her quilts numbered in the hundreds and are treasured by family and friends all over the country. Mary Kay excelled at whatever other crafts she tried, including knitting, crocheting, embroidery, braiding rugs, wood carving, refinishing furniture, and mosaic work.

At her request, there will be no services. Arrangements will be handled by The Neptune Society.

Ramon Cardenas Maldonado, 58, of Santa Maria, CA passed away March 15, 2020. Funeral arrangements are in the care of Moreno Mortuary www.morenomortuary.com

Ruth May Rowe, 96, resident of Santa Maria, CA passed away March 22, 2020. Arrangements are under the direction of Dudley-Hoffman Mortuary, Crematory and Memory Gardens www.dudleyhoffmanmortuary.com

Pedro M. Melero, 92, resident of Nipomo, CA passed away March 19, 2020. Arrangements are under the direction of Dudley-Hoffman Mortuary, Crematory and Memory Gardens www.dudleyhoffmanmortuary.com

Edna Frances Wingate was born January 19, 1933 in Orlando FL. She peacefully went home to be with the Lord February 29, 2020 in Atascadero Ca. Edna was Born and raised in Orlando Florida, to William Raymond and Lillie May Laing, the family moved west in the mid 1940's. She was married to Robert Lee Wingate in Tucson, Arizona in 1949.

Edna was preceded in death by her parents, her husband Robert Lee Wingate, her sons Dale Robert Wingate of Riverside Ca, and Gary Lee Wingate of Melrose NM, her sisters Christine, Dora, Jainie, and brother Raymond.

Edna worked as a school bus driver for Alvord School district, Riverside Ca. early in her career, and later drove for SMAT in Santa Maria Ca. where she retired.

Edna was an avid crafter, especially enjoyed ceramics, wood working, and crocheting. She also had a very green thumb, everything she put into the ground seemed to flourished.

Edna will be sorely missed by all who knew her, family and friends alike, but we rejoice that she knew Jesus Christ as her Lord and Savior, and is forevermore in His presence as we await our joyful reunion. Please join us in her ongoing remembrance at www.forevermissed.com 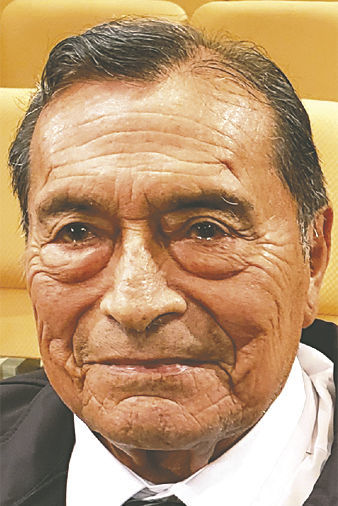 After living a full life of 91 years, he passed away with family by his side on March 14, 2020. He was preceded in death by his wife Simona of 51 years; his mother, Martha; father, Esteban; infant son, Martin; and first wife of 17 years, Teresa.

Jose was a longtime resident of Santa Barbara County, of which he lived in the City of Guadalupe for over 55 years.

At the age of 17, in 1945, he enlisted in the Navy and was honorably discharged in 1947. Shortly after he was discharged, he met and married his first wife Teresa and they had 7 children together. They were married for 17 years until her passing. While working as a foreman in the strawberry fields, he met his second wife, Simona.

They had 2 children together and were married for 51 years before her passing in 2016.

Some of our fondest memories include sitting around listening to him play his harmonica, playing catch the falling dollar, and playing Mexican music on the record player while dancing and singing with mom.

His many hobbies included gardening, fishing, barbequing, watching sports on TV, and going to the Guadalupe Dunes in which he was also a park ranger.

Jose's greatest and cherished accomplishment was when he was president of the Guadalupe Historical Society. His passion for history made this an easy labor of love as he invested countless hours researching and collecting items of significance to preserve the history of Guadalupe. His proudest project was restoring the old 1926 Guadalupe jail.

A Graveside Service will be held for Jose at Guadalupe Cemetery, on Friday March 27th, 2020, at 11:00 A.M. Arrangements have been entrusted to the care of Lori Family Mortuary, Santa Maria. 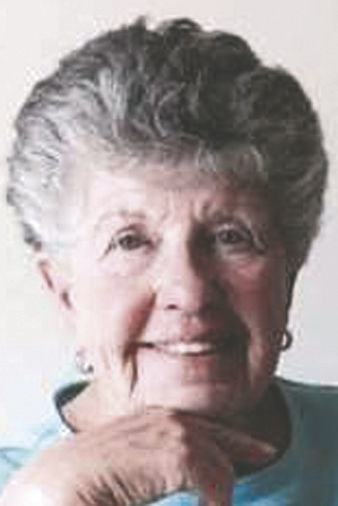 Geraldine Margaret Biorn of Nipomo Ca, passed away March 18, 2020, after a 2 1/2 year battle with pancreatic cancer.

Gerry retired from GTE telephone company after serving 35 years as a supervisor.

Gerry loved the outdoors, flowers and animals. She mostly enjoyed the time she spent with family and friends. She was very active in water aerobics up til the time of her illness.

Graveside services will be held at the Santa Maria Cemetery on Tuesday, March 24, at 11am.

In lieu of flowers the family requests contributions to Jacqueline Palchak cancer fund.

To leave condolences for the family visit www.dudleyhoffmanmortuary.com 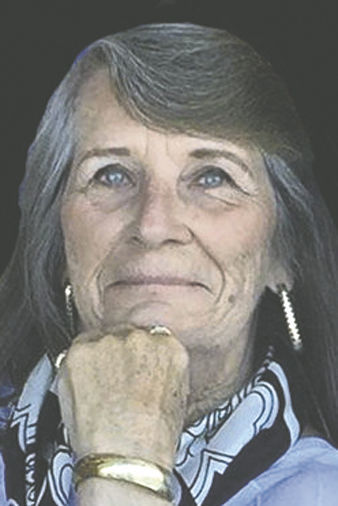 Jacqui Foster Reynoso, 75 of Santa Maria, Ca. Passed away peacefully on Wednesday, March 11, held by her husband and surrounded by family.

Jacqui was born in Oakridge Tennessee on February 23, 1945 to Jean Cameron Cook and John Boyer Foster. She had a wonderful childhood with brother David , and had many stories of their adventures. Family favorites are the cemetery story, or the time he told her he was running away from home, packed his things then left through the bedroom window only to hide outside where she was too small to see. When she ran downstairs hysterically pleading for their mother and grandmother to investigate, they found him unpacked, laying on the bed, smiling, and denying the whole thing. Since Jacqui's Dad worked for the telephone company, they traveled quite a bit and even spent two years in Cuba. Her family moved briefly to Santa Maria where she attended Santa Maria High, and met her future husband Arthur (Mickey) C. Reynoso. Jacqui returned to New Jersey where she graduated from Rumson Fair Haven Regional High School. After her graduation and Mickey's return from the Army, they married in Santa Maria on January 29, 1966.

Jacqui had many hobbies and interests. First and foremost was spending time with loved ones, but others included, painting, photography, sculpting, and baking. In fact, some folks who never met her may have teared up at the news of her passing as that signaled the end of the weekly cookies she baked for nephew, or nieces workplaces. Baking was an extension of her love. She loved traveling, gardening, music, film, horse back riding, shopping, entertaining, internet surfing, and much more. Each month she enjoyed dinner with High School friends, and Thursday's lunch with Linda Chavez and Cindy Schneider were also among her favorites. In the past few years she would use her talents to paint for Orcutt Rocks. She took great joy in sharing these small treasures. It was only in this past week, that her sons admitted to previously seeking out a couple each after she supplied clues as to their whereabouts.

Jacqui was an excellent wife, mother, sister, friend, and teacher. She taught love, kindness, patience, strength, understanding, bravery, and wisdom. Even at the end she openly discussed profound lessons about death and dying. She was amazing, made a positive impact on those who were fortunate enough to know her, and on more people than we will ever know. It is testament to her that our family received so many warm thoughts, words, and prayers. She will of course remain in our hearts forever as someone so loving leaves a strong imprint. This is her endless tribute and her success at making our world a much better place.

Jacqui requested no formal viewing or memorial, but the family is planning an informal gathering celebrating her life on April 18th at her son Michael's home.

Geraldine Margaret Biorn, 85, resident of Nipomo, CA passed away March 18, 2020. Arrangements are under the direction of Dudley-Hoffman Mortuary, Crematory and Memory Gardens. www.dudleyhoffmanmortuary.com

Jose Rubalcaba, 91, resident of Guadalupe, CA passed away March 14, 2020. Arrangements have been entrusted to the care of Lori Family Mortuary, Santa Maria.

John Anton Hoffman, 77, of Shell Beach, passed away March 3, 2020. Services are in the care of Marshall-Spoo Sunset Funeral Chapel of Grover Beach.

Robert Black, 87, resident of Santa Maria, passed away March 15, 2020. Arrangements have been entrusted to the care of Lori Family Mortuary, Santa Maria.

Dorothea Miller, 93, resident of Santa Maria, passed away March 10, 2020. Services have been entrusted to the care of Lori Family Mortuary, Santa Maria.

Michael Baglio, 101, resident of Santa Maria, passed away March 15, 2020. Arrangements have been entrusted to the care of Lori Family Mortuary, Santa Maria.

Hilda Gandola, 92, resident of Santa Maria, passed away March 12, 2020. Services have been entrusted to the care of Lori Family Mortuary, Santa Maria.

Levi Hensley, 42, resident of Grover Beach, passed away February 28, 2020. Arrangements have been entrusted to the care of Lori Family Mortuary, Santa Maria.

David "Skafti" Maves, 56, of Oceano, passed away March 15, 2020. Services are in the care of Marshall-Spoo Sunset Funeral Chapel of Grover Beach.

Stephen Foster, 79, resident of Santa Maria, passed away March 14, 2020. Arrangements have been entrusted to the care of Lori Family Mortuary, Santa Maria.

Juan Trejo, 61, resident of Santa Maria, passed away March 12, 2020. Services have been entrusted to the care of Lori Family Mortuary, Santa Maria. 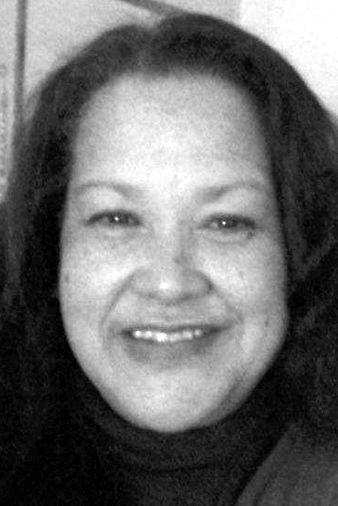 Our beloved sister passed into God's hands in San Jose, Ca on 02/06/2020. She was 68 years old. She is survived by her Sisters Helena Smith and Norma Goddard and her brothers Godfrey Aiona and Pono Aiona, and many Hanai brothers and sisters. “Pai” left a legacy of music in her adopted community of Cayucos, Ca. She had lived in many places but this is where she called home. “Pai” was an accomplished singer and was very active in the local music scene.

A Celebration of Life Ceremony will be held on June 27, 2020 at Cayucos Veterans Hall, 10 Cayucos Dr., Cayucos, CA 93430 from 11:00am to 4:00pm. If you plan on attending you can honor her by bringing a dish for a potluck. There will be music, BBQ, and refreshments. Adult beverages will not be provided but you are welcome to BYOB. Aloha nui from the Aiona Ohana! Pono can be reached at drpono@hotmail.com for additional information.

Andres Cantuno Agnes, 80, resident of Nipomo, CA passed away March 15, 2020. Arrangements are under the direction of Dudley-Hoffman Mortuary, Crematory and Memory Gardens. www.dudleyhoffmanmortuary.com

Be the first to know with news alerts sent to your inbox as the story breaks! Sign up:

Available whenever you are ready to read! Check out today's newspaper in E-Edition format: