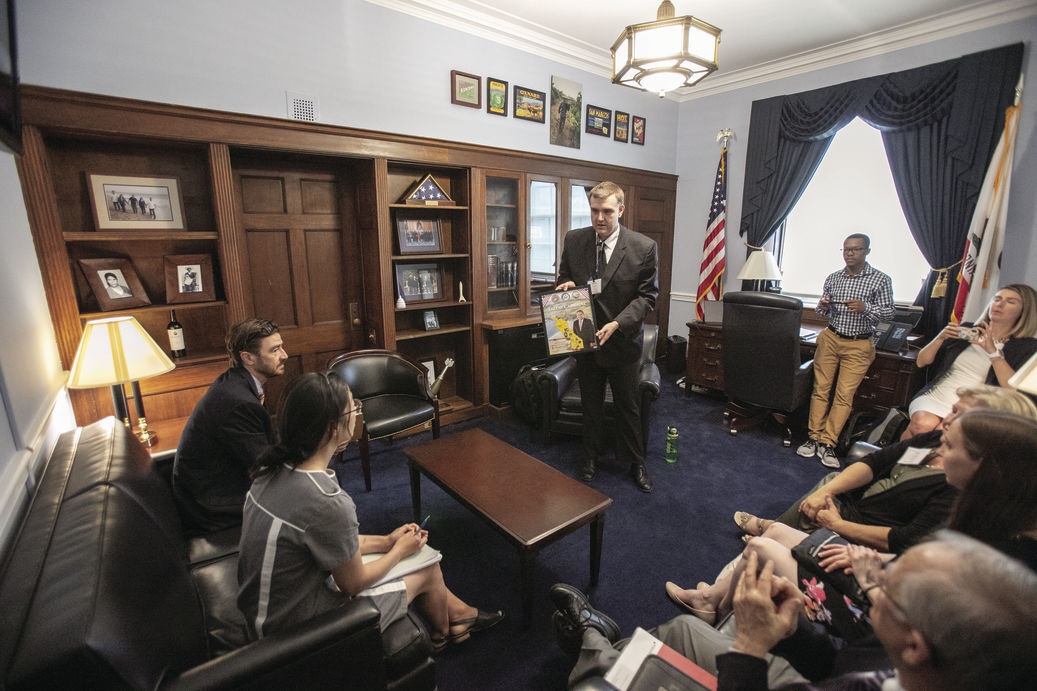 Marshall Huffer, center, speaks to congressional staffers in Washington, D.C., to advocate for more jobs for the disabled during the 26th SourceAmerica Grassroots Advocacy Conference held June 3 to 6, 2019. 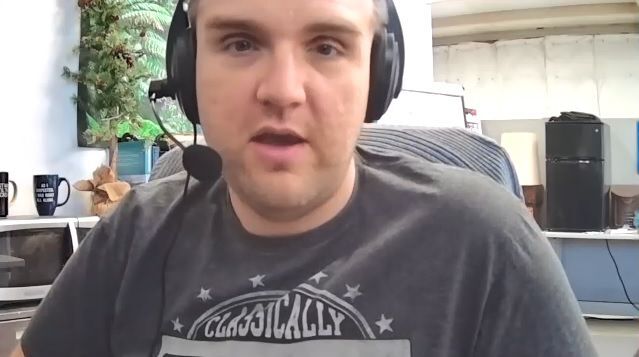 Marshall Huffer, of Santa Maria, speaks with a reporter Thursday via Zoom about his experience participating in the recent virtual SourceAmerica Grassroots Advocacy Conference

Marshall Huffer, center, speaks to congressional staffers in Washington, D.C., to advocate for more jobs for the disabled during the 26th SourceAmerica Grassroots Advocacy Conference held June 3 to 6, 2019.

Marshall Huffer, of Santa Maria, speaks with a reporter Thursday via Zoom about his experience participating in the recent virtual SourceAmerica Grassroots Advocacy Conference

To find out more

A local man who has previously advocated for providing more jobs to people with disabilities took his message to members of Congress again in a recent five-day nationwide conference.

Marshall Huffer, 35, of Santa Maria, was among 50 individuals from across the United States chosen to participate in the annual SourceAmerica Grassroots Advocacy Conference, held this year in a virtual format over five days.

He was nominated by VTC Enterprises because of his experience advocating for the disabled in the California Capitol as well as in Washington, D.C.

“Through his advocacy efforts over the years, he has created personal connections with elected officials and members of their staff, making him an invaluable advocate for individuals with disabilities,” Telander said.

SourceAmerica connects government and corporate customers to a national network of approximately 700 nonprofit agencies that hire people with disabilities, and its annual conference brings together nonprofit agency leaders and employees to discuss barriers to employment in their communities.

During the conference from April 26 through 30, Huffer shared the story of his employment and urged members of Congress to provide more job opportunities for people with disabilities.

“I talked with many congressmen to help bring support for VTC because they do good work,” Huffer said. “It’s a great place that helps people with developmental disabilities. … We bring back to the community in a lot of ways.”

Huffer said those he spoke with included Rep. Salud Carbajal, D-Santa Barbara, who understood the message he was trying to convey.

Although there were a large number of participants in the conference, Huffer said he doesn’t feel like his message got lost.

“I think I got my message through,” he said, noting he’s been hearing that from others involved in the conference.

Huffer said the jobs he’s held through VTC included janitorial work, where his supervisor had a big impact on his life.

He also worked at the VTC thrift store, which he said was difficult because “it was overwhelming at some times” as he tried to monitor children whose parents weren’t paying attention to them to keep them from breaking things.

“I also did some assembly work,” he said, adding it “wasn’t that much fun.”

He found putting together packs of rotary tool bits for artists was boring.

“Marshall has been with VTC for many years and done a variety of jobs,” said Erika Weber, sales and marketing executive for VTC Enterprises. “His passion was always graphic arts, so we basically created a graphics department in our printing department so Marshall and others like him with similar passion and skills could have meaningful employment.”

Huffer said his graphic design work has included fliers, tickets, brochures, buttons and posters, including one he created for Carbajal.

Congressman Salud Carbajal, D-Santa Barbara, was one of seven members of Congress to receive the first SourceAmerica Certificate of Appreciation for helping people with disabilities through policy and advocacy efforts.

The awards were presented virtually during the SourceAmerica Grassroots Advocacy Conference in late April.

“We can’t express enough gratitude for the people who go out of their way to champion initiatives that advance employment opportunities for people with disabilities,” said Richard Belden, interim president and chief executive officer of SourceAmerica, adding the organization chose to give the inaugural awards to members of Congress because their efforts affect people with disabilities across the nation.

“These members have seen firsthand the essential services provided by people with disabilities to keep the government operational during the COVID-19 pandemic,” Belden said.