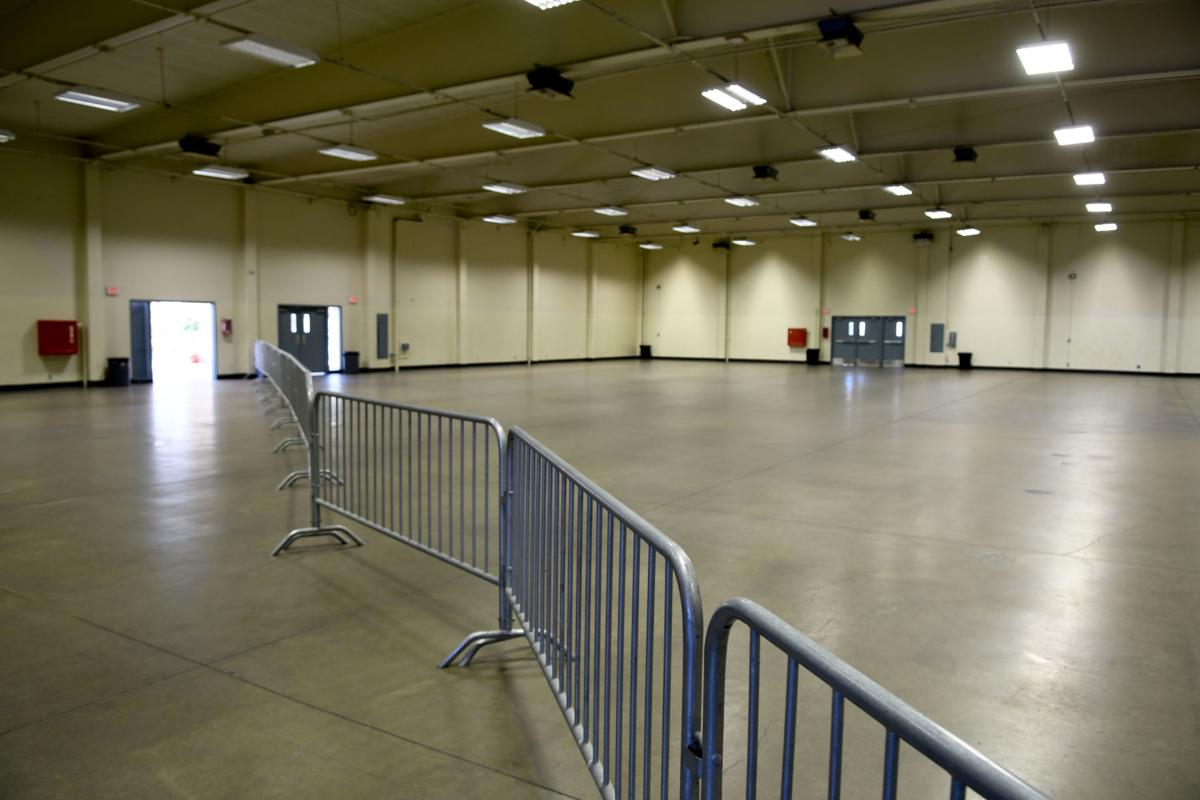 Barriers inside the Santa Maria Fairpark Convention Center are placed in preparation for a community-based COVID-19 testing site set to open Tuesday. The appointment-only testing will be operated by the state-run program OptumServe. 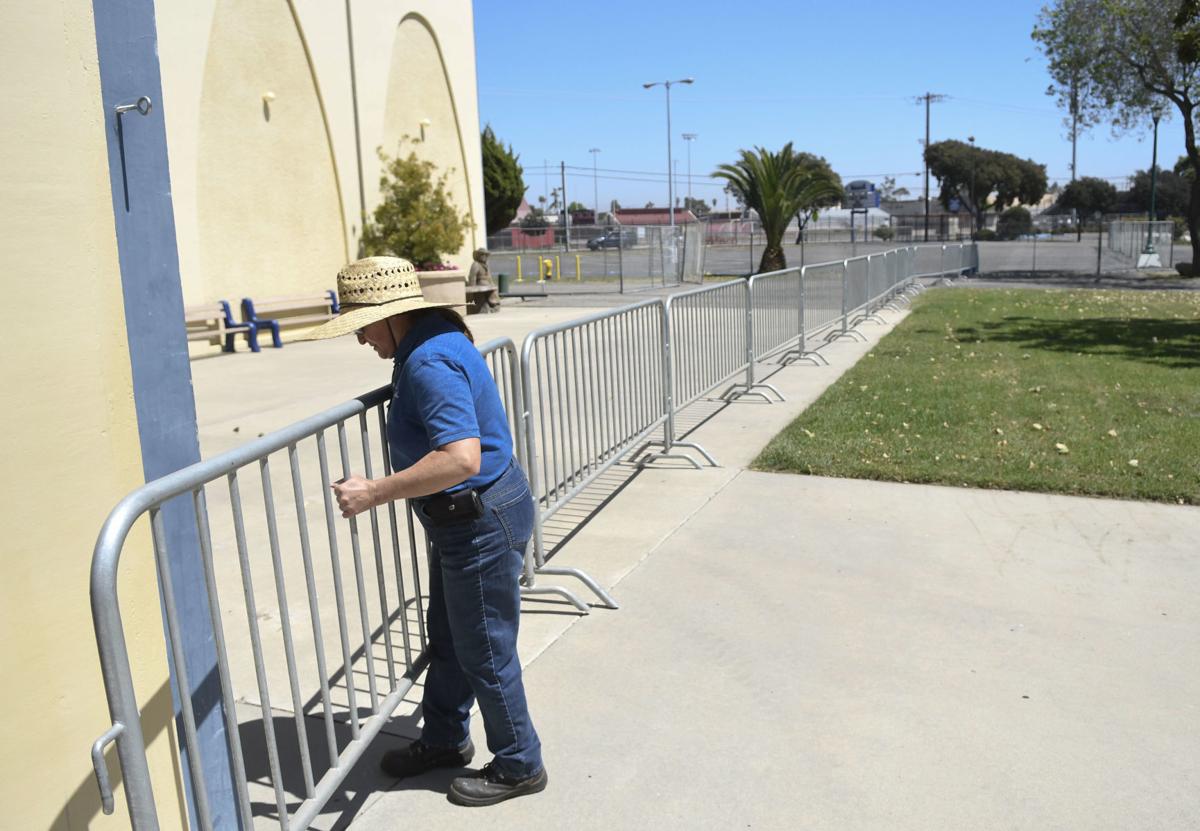 An employee at the Santa Maria Fairpark moves barriers Monday in preparation for a community-based COVID-19 testing site.

Beginning Tuesday morning, individuals who have scheduled a 5-minute appointment online or over the phone can receive a nasal swab inside the Convention Center, located on the Fairpark grounds.

"All 132 appointments for the first testing day have been filled and the rest of the testing schedule is quickly filling up," Public Health Department Director Van Do-Reynoso said.

Employees could be seen setting up metal crowd barriers both outside and inside the Convention Center on Monday in order to manage anticipated crowds.

The testing site will be open weekdays with hours differing depending on appointment times, and results expected within 48 hours, according to public health officials.

Our Neighbors Series: How the Central Coast is adapting to living through a pandemic

We have been publishing a series of stories in print and online titled “Our neighbors: Living through a pandemic.” By publishing these short v…

According to county Public Health Officer Dr. Henning Ansorg, the site capacity of 130 tests per day will help bring Santa Barbara County closer to its goal of performing 600 tests per day.

Santa Maria was chosen as the first location in the county because it permits a majority of the county's population to travel there in under 30 minutes, Do-Reynoso said.

County officials have also announced plans to open additional testing sites in the cities of Lompoc and Santa Barbara later this week, although specific site locations have yet to be announced.

Appointments are open to all county residents and can be scheduled online or via phone at 888-634-1123 between 7 a.m. and 5 p.m. However, testing will be prioritized for individuals who meet certain conditions, according to county officials.

These include health-care workers and first responders, individuals 65 years or older, those with chronic medical conditions, residents or employees at congregate care living facilities, persons in essential service occupations including grocery, food and utility services as well as public employees, and those exhibiting one or more symptoms of the virus.

Joke of the day table

Barriers inside the Santa Maria Fairpark Convention Center are placed in preparation for a community-based COVID-19 testing site set to open Tuesday. The appointment-only testing will be operated by the state-run program OptumServe.

An employee at the Santa Maria Fairpark moves barriers Monday in preparation for a community-based COVID-19 testing site.