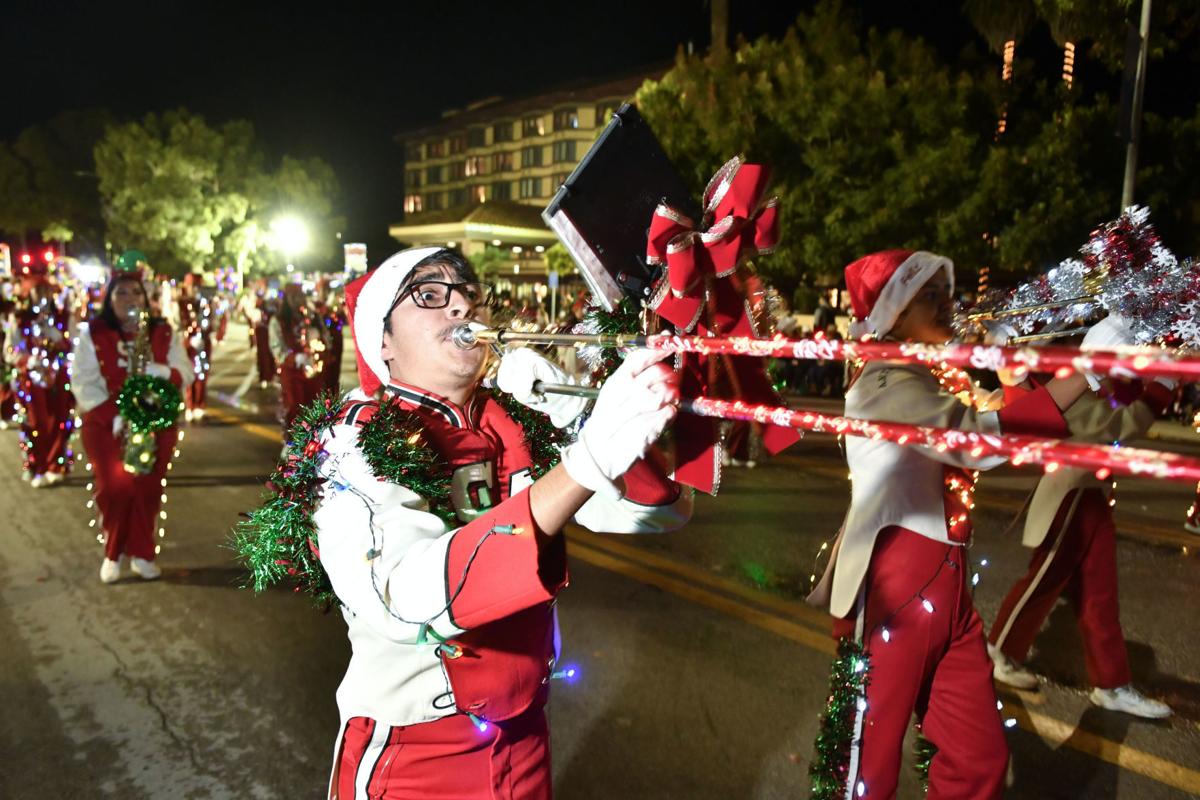 The Santa Maria High School Saints Band entry performs on South Broadway during the 2018 Christmas Parade of Lights. This year's parade is scheduled to kick off at 5:20 p.m. Saturday. 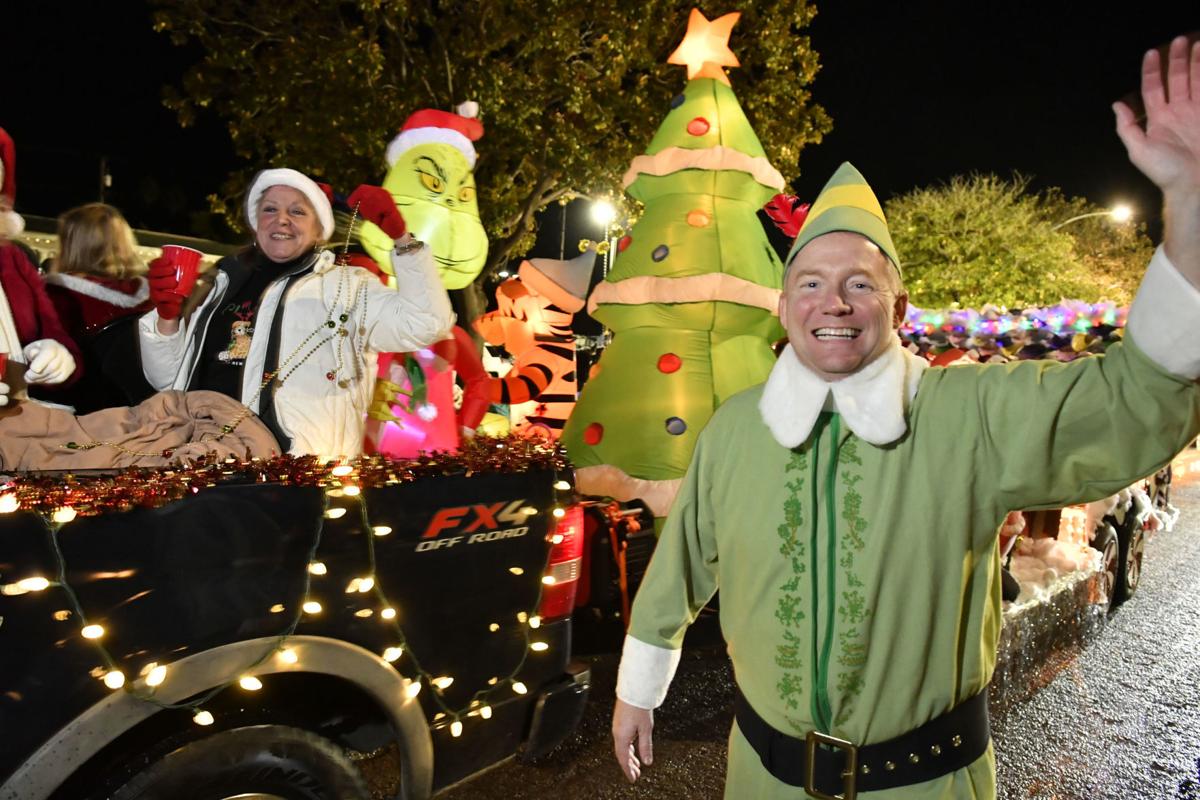 The Kiwanis Club of Santa Maria - Noontime entry performs on South Broadway during the 2018 Christmas Parade of Lights. 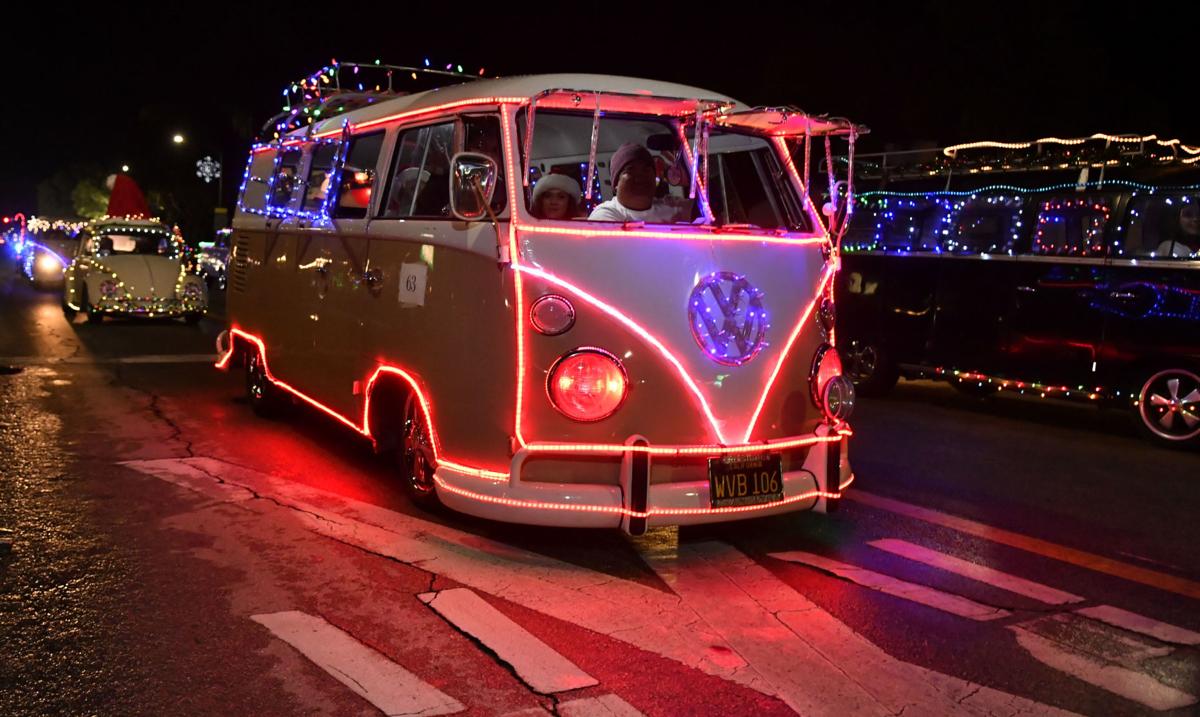 The Vintage Volkswagen Club of America Central Coast Chapter entry performs on South Broadway during the 2018 Christmas Parade of Lights. 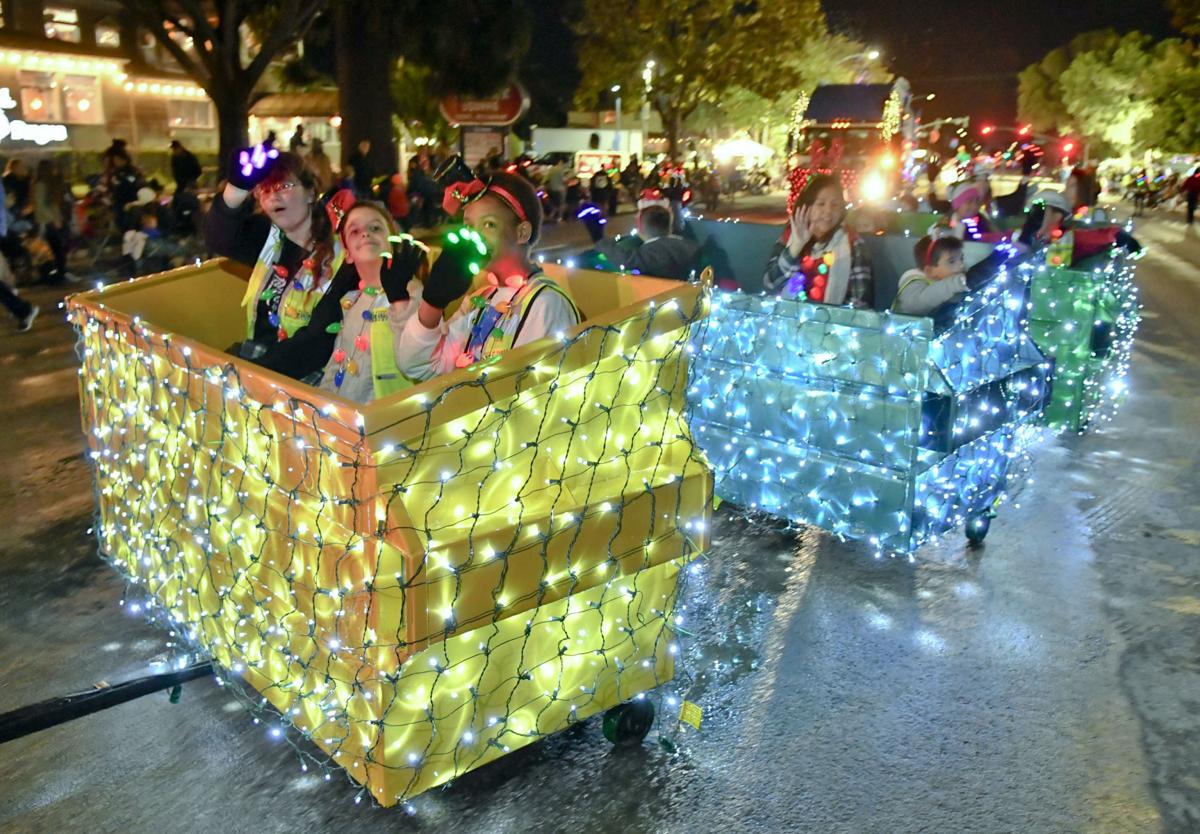 The Santa Maria Utilities Department entry towed a train of dumpsters on South Broadway during the 2018 Christmas Parade of Lights.

The Christmas Parade of Lights, which has drawn thousands of spectators to downtown Santa Maria over the last 25 years, will step out Saturday evening with more than a hundred floats, nonprofit and business entries showing off their holiday spirit.

The annual parade runs along Broadway for roughly a mile and will bring out an estimated 20,000 people to gather with their families along either side of the downtown thoroughfare, said Mike Gibson, parade co-chair.

With a 70% chance of rain showers forecast Saturday, Gibson said organizers would make the final call on whether to cancel the parade by noon Saturday based on the evening forecast.

An announcement about whether the parade will occur will be posted Saturday on the website www.smparadeoflights.org.

The parade has been organized by four local Rotary Clubs over the past quarter-century.

“This is the 25th parade we’re planning to put on so it’s kind of a landmark year,” Gibson said.

After a nearly two-hour discussion, the Santa Maria City Council on Tuesday approved a master public art plan for the city but rejected mandat…

Gibson, who's been involved in the planning process since the inaugural parade, said the event has expanded as more and more people participate each year.

“Back then, we started at Morrison (Avenue) and it went north on Broadway up to the mall,” he said. “As the crowd has grown, we’ve had to extend it.”

This year, 103 nonprofits, businesses, schools and other organizations will build floats and participate in the parade.

Starting at 5:20 p.m., the entries will begin moving north along Broadway from Stowell Road to the Town Center mall. The parade runs for approximately two hours.

“There’ll be a lot of lights (and) a lot of people in good moods,” Gibson said. “It’s a lot of fun — a great way to kick off the holidays.”

In addition to the floats, the parade hosts an annual canned food drive.

“We have boxes set on alternating sides of the street at every intersection,” Gibson said. “The Salvation Army uses that foodstuff to help feed the needy. There’s no cost to come to the parade but we do ask that they try and bring canned goods.”

Santa can snowboard? Of course he can.

Santa rocking the bells in Orcutt - 2007

Santa upgraded from the reindeer - 2011

Lady Justice takes to the streets - 2015

We gonna rock down to Electric Avenue - 2017

Rudolph has a little competition - 2018

The Santa Maria High School Saints Band entry performs on South Broadway during the 2018 Christmas Parade of Lights. This year's parade is scheduled to kick off at 5:20 p.m. Saturday.

The Kiwanis Club of Santa Maria - Noontime entry performs on South Broadway during the 2018 Christmas Parade of Lights.

The Vintage Volkswagen Club of America Central Coast Chapter entry performs on South Broadway during the 2018 Christmas Parade of Lights.

The Santa Maria Utilities Department entry towed a train of dumpsters on South Broadway during the 2018 Christmas Parade of Lights.