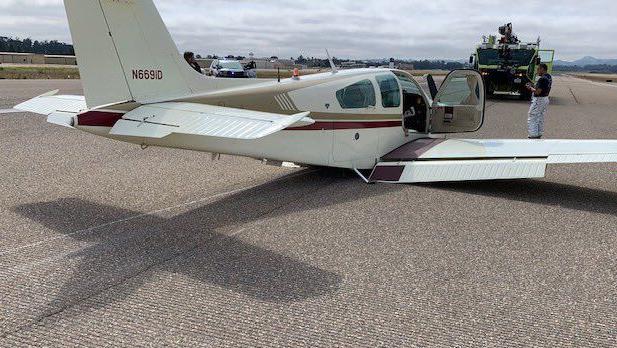 A single-engine aircraft made a belly landing at the Santa Maria Public Airport on Friday morning after a landing gear failure. No injuries were reported. 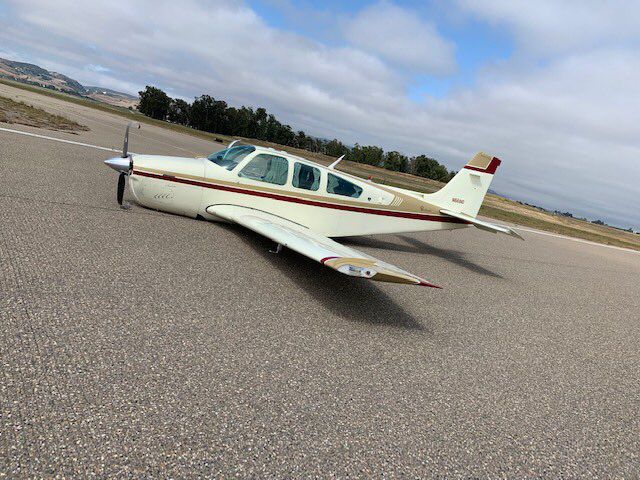 A single-engine aircraft made a belly landing at the Santa Maria Public Airport on Friday morning after a landing gear failure.

Register for more free articles
Stay logged in to skip the surveys
Log in Sign up {{featured_button_text}}
It's not clear if the landing gear was not engaged or if the gear was engaged but the wheels collapsed upon landing, Hastert said. As a result, officials closed the runway until the plane could be moved.
Hastert said the runway was reopened around noon, and that neither of the two people in the plane were injured.
Santa Maria Fire Department and Guadalupe Police both responded to the incident.

The city of Santa Maria is set to begin a native-plant restoration project on about 150 acres of city-owned land in the Santa Maria Riverbed, a city spokesman announced Wednesday.

Police are searching for a suspect who allegedly brandished a firearm and robbed an Oceano gas station of cash on Monday morning, according to a San Luis Obispo County Sheriff's Office spokesman.

The Pismo Preserve, a piece of open space land on the Central Coast encompassing 880 acres overlooking the Pacific Ocean, is scheduled to open to the public on Jan. 25.

After years of decline, Lompoc's parks could see improvements in 2020

Lompoc’s public parks have lost amenities and been the subject of frequent complaints from residents over the past couple years, but that trend may be set to reverse course in 2020.

A single-engine aircraft made a belly landing at the Santa Maria Public Airport on Friday morning after a landing gear failure. No injuries were reported.

A single-engine aircraft made a belly landing at the Santa Maria Public Airport on Friday morning after a landing gear failure.