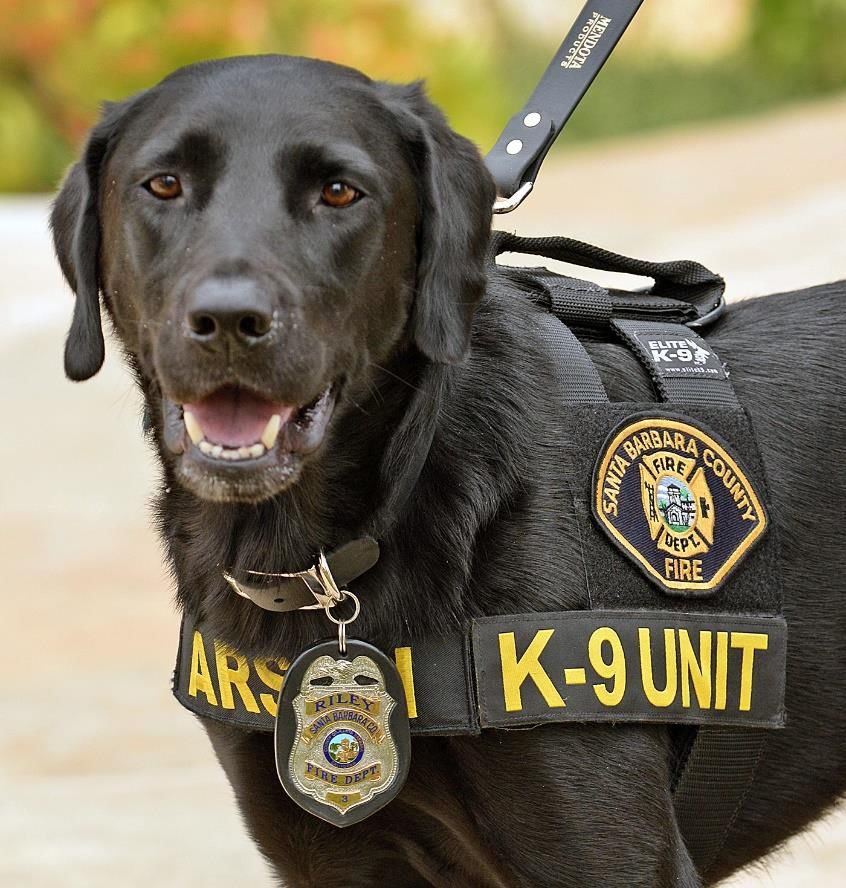 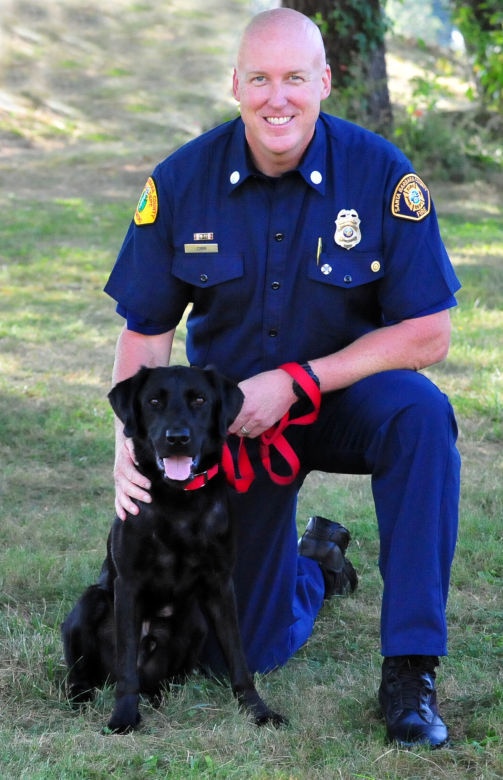 Accelerant-detecting arson canine Riley has died as a result of a tumor after a seven-year career with the Santa Barbara County Fire Department, a department spokesman said Wednesday.

A black Labrador retriever, Riley was diagnosed with a brain tumor not related to his work in April, the spokesman said.

He added Riley’s skill, enthusiastic spirit and gregarious nature will be greatly missed.

In addition to detecting accelerants that could indicate a fire was arson-caused, Riley also served as County Fire’s ambassador to the community through visits and presentations to schools, community events and service clubs.

After completing a $40,000 training sponsored by State Farm, Riley and his partner, veteran dog handler Capt. Howard Orr, were certified through the Maine Criminal Justice Academy.

They became part of the county's multidepartmental Arson Task Force and investigated fires throughout the Tri-Counties area and beyond.

In 2014, an anonymous donor purchased an SUV, valued at more than $74,000, equipped with an early-warning heat detection system and storage for equipment and decontamination materials.

"What Riley does for us is look for accelerants,” Orr explained after the vehicle was purchased. “He's finding trace amounts of accelerants that may be related to the cause of the fire."

Using their sense of smell, canines have an approximate 90% success rate in finding accelerants, while humans using their eyes to examine burn patterns have about a 50% success rate.

Over their seven-year career together, Riley and Orr responded to more than 60 calls for service throughout the county and neighboring jurisdictions and detected accelerants at more than 40 fires, the department spokesman said.

Their work resulted in the conviction and incarceration of several arsonists, the most notable for an arsonist who set three fires in one night in Santa Maria and was sentenced to 17 years in prison.

County Fire thanked veterinarians Dave Dawson and Ann O’Brien Welton at San Roque Pet Hospital for caring for Riley over the years and Wendy Guyer at the Pet House in Goleta for donating Riley’s dog food for the duration of his life.

This report was compiled by Mike Hodgson, associate editor for the Santa Maria Times. He can be reached at mhodgson@santamariatimes.com.

About 30 protesters gathered Saturday for a march through Santa Maria that led to the Immigration and Customs Enforcement (ICE) office, where …

An additional 139 COVID-19 cases were confirmed over the Aug. 8-9 weekend in Santa Barbara County, but Monday's case count was not confirmed by the county Public Health Department.

The teenager killed in Friday night's shooting was identified as 16-year-old Pablo Sixto, who was shot shortly before 9 p.m. in the 700 block of North E Street in Lompoc, according to police.

As the nation is gripped by COVID-19, residents, retailers and banks in Santa Maria are experiencing a coin shortage due to pandemic-related business restrictions that have slowed currency circulation.